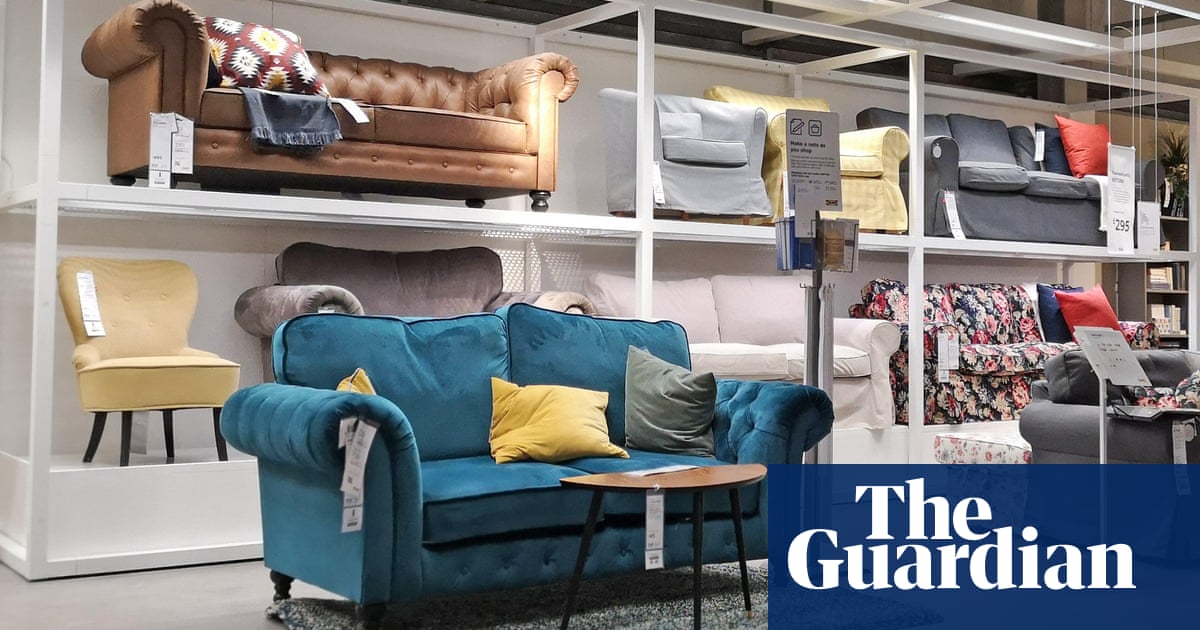 The prices of Ikea furniture and homeware are to rise as a result of lasting disruption to its supply chain, the brand’s owner has warned, after increased costs of raw materials and transport knocked its full-year profits.

Inter Ikea Group, the parent company of the Ikea brand, which is operated by a string of franchise businesses, said it expected challenges in its supply chain to last well into 2022.

Like many home furnishing retailers, Ikea benefited from soaring demand for its products during successive coronavirus lockdowns as consumers who were confined to their homes decided to spend money on sprucing them up.

Despite this, Inter Ikea Group’s pre-tax profit fell by 16% in the fiscal year to the end of August to €1.7bn (£1.4bn). Profits were 4% lower than the privately held company reported in 2019 pre-pandemic despite achieving record sales.

The owner of the flat-pack furniture company said: “The global pandemic affected our operating income in FY21. The biggest cause was the steep increase in transport and raw material prices in the second half of the financial year.”

L'azienda, which mostly makes money from selling goods to its franchise partners, in October reported record annual sales at its stores during the year to August.

“Keeping Ikea stores and warehouses stocked has been a challenge. Supply chain disruptions led to a substantial drop in the availability of products that we have yet to recover from,” the firm said, adding that it expected this situation to continue well into next year.

The company has previously said one of its biggest challenges is exporting products from China, where about a quarter of its goods are produced. Its North American shops have been the most affected by product shortages, followed by stores in Europa.

The retailer has been temporarily removing out-of-stock items from its website and stores, to avoid disappointing shoppers, and has suggested other products instead.

Inter Ikea said it would have to pass on some of its higher costs to the brand’s stores during the coming year.

“Though we can’t continue to secure fixed prices to the retailers under these challenging conditions, we also plan to absorb part of the increased costs during FY22,” it said.

It will be up to store owners how much of those price increases that they decide to pass on to consumers.

The firm last month described the extra measures it has been taking to transport materials from Asia to Europe to get round shipping bottlenecks, including hiring its own trains.

Jon Abrahamsson Ring, the chief executive of Inter Ikea, told the Financial Times that the “availability and raw materials challenge” would last “for a longer period than we thought of at the beginning of the crisis”.

Within the brutal machinations of US politics, Joe Manchin has been elevated to a status of supreme decision-maker, the man who could make or break Joe Biden’s presidency. Internationally, tuttavia, the Democratic sena...