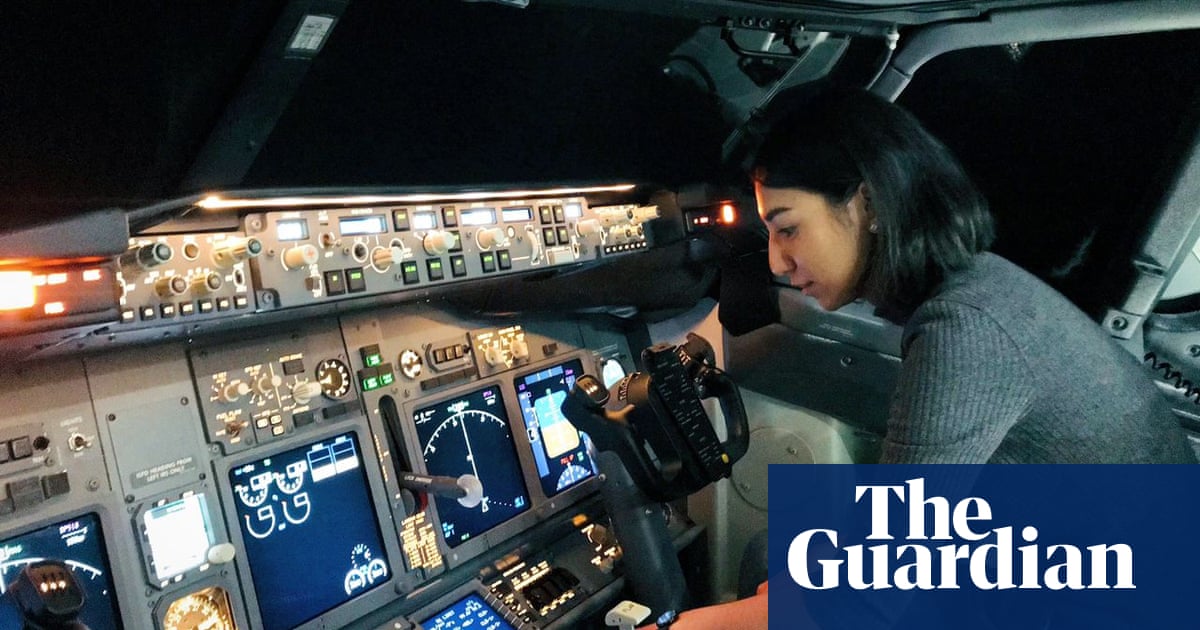 Sitting alone in her small flat in Bulgaria, Mohadese Mirzaee contemplates the future. Three months ago, she left behind her family, and her dream job, in Afghanistan. By 23, Mirzaee was the country’s first female commercial airline pilot.

“Vandag, I don’t know where to go, but I’m not giving up. I’ve started applying for pilot jobs anywhere because I know I need to get back to flying,” she says by phone from the capital, Sofia.

When news broke that the Taliban had seized Kabul, Mirzaee was already at the airport in her uniform, preparing for her evening flight to Istanbul. She had left home early that morning, waving goodbye to her mother and two sisters.

The flight never took off. As thousands of Afghans stormed the city’s international airport, desperate to leave the country, Mirzaee was diverted to a flight to the Ukrainian capital, Kyiv – this time as a passenger.

“It was dark when we took off, that’s all I remember," sy sê. “It was a rollercoaster of emotions because everything happened so quickly. I couldn’t believe Kabul had fallen. When I left my house in the morning and said goodbye to my family, I couldn’t have imagined that by evening time, I’d be permanently leaving home.

“I saw my country crumbling,” she recalls.

Just months earlier, Mirzaee had made headlines as one of the pilots of a Kam Air Boeing 737 – the country’s first flight with an all-female crew.

“It was a huge accomplishment for Afghanistan and for the male-dominated aviation industry in general,” says Mirzaee. She believed then that change within the country’s conservative society was possible, and that she and the airline would be part of it.

But when the Taliban established an all-male government that saw hundreds of women removed from their jobs, Mirzaee says she was robbed of her hopes for the future.

“Afghan women have done amazingly over the past decades. We’ve used any opportunities given to us. We fought for our rights and scored big achievements. I was hopeful that a window had opened. I was approached by many young women who also dreamed of becoming a pilot,” Mirzaee says.

“With the Taliban takeover, it all disappeared. They are the same barbaric group they have been in the past and they want to silence women. If I give up on my passion, they have achieved their goal.”

Mirzaee attended Kabul’s Afghan-Turk Maarif school but finished her final year in Port Colborne in Canada, where she first considered a career in aviation.

She stayed in Canada for another year after her studies, working as a cashier and barista to scrape the money together for flying lessons.

“My flight instructor told me, ‘you have control, so fly the plane’ before taking off on my first ever flight. I was nervous, but I also felt free. I figured, if I can get a plane into the sky, I can do anything," sy sê.

Back in Afghanistan, Mirzaee talked to airlines to see if she could continue her training, but they all initially said no. “I kept annoying them,” she laughs.

“Kam Air, one of Afghanistan’s carriers, decided to give me a chance – and I took it very seriously.”

Mirzaee was able to travel to Bulgaria on a pre-existing visa. It has just expired and she has been advised to claim asylum.

Her mother and sisters were also evacuated from Afghanistan, flying to Albania on the same day an explosions ripped through the crowds outside Kabul airport, killing almost 200 people and injuring hundreds more.

Most of her friends are now scattered across the globe.

“When I was studying, my mum always told me to come back to Afghanistan and work for my country. I shared her conviction. But today, even though I’d like to go back, Ek kan nie. There is no space for women like me in Afghanistan any more. I lost my job, my home, my crew – everything.”

But she says: “I’m hoping another airline will give me a chance to continue my career. A lot has been taken from me, but I will fight for my passion. That is what makes me, me.”