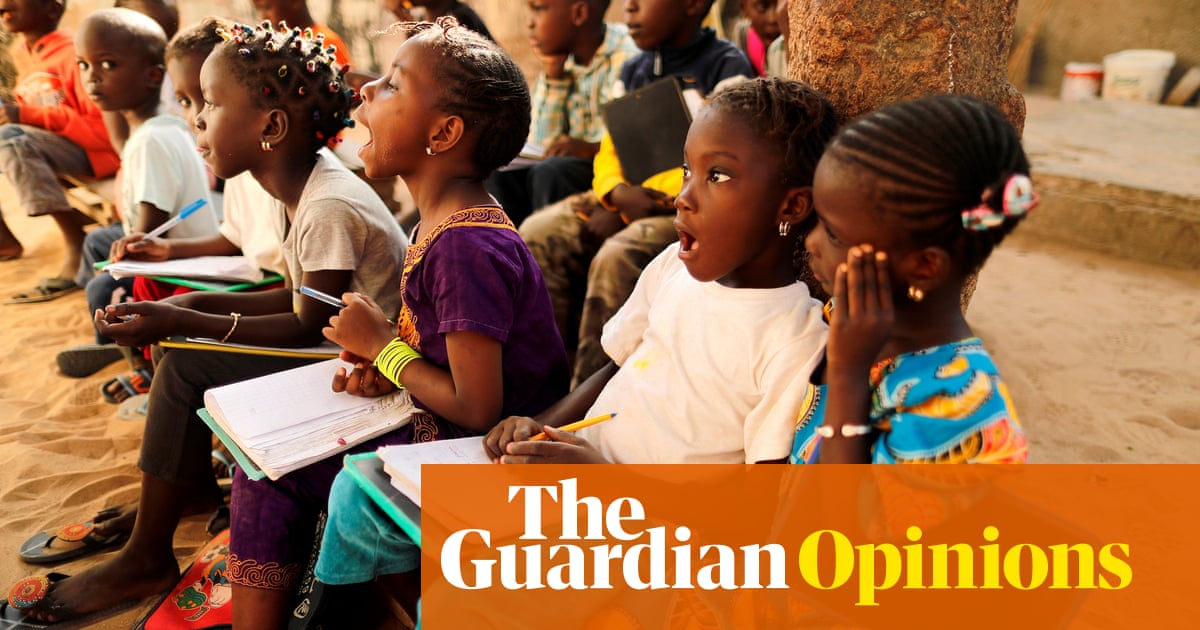 “Education,” wrote Nelson Mandela, “is the most powerful weapon you can use to change the world.” One wonders what he would have made of the response to the education crisis triggered by the Covid-19 pandemic. A crisis threatening to derail social and economic progress, trapping millions of children in poverty. The UN secretary general has warned of a “generational catastrophe”, yet the international response has been marked by staggering complacency.

That lack of concern was on public display at last week’s Global Education Summit in London. Fresh from cutting UK aid to education by 40%, Boris Johnson – a self-styled champion for universal girls’ education – opened proceedings by declaring that education was “the single best investment we can make in the future of humanity”.

The prime minister’s summit then delivered a financial whimper. Set the decidedly modest ambition of raising $5bn (£3.6bn) over five years for the Global Partnership for Education, an important multilateral financing mechanism, pledges fell spectacularly, if predictably, short of the target.

It’s tempting to focus on the ineptitude, hubris and hypocrisy of a government singularly ill-placed to provide global leadership on education. Tempting, but misplaced. The summit’s failure was a symptom of a deeper malaise in international cooperation. Faced with unprecedented reversals in education, donor governments and international agencies have responded with all the strategic insight of rabbits caught in the headlights, with petty squabbles over institutional remits and poorly coordinated projects masking a failure to develop a credible collective plan of action backed by finance.

Covid-19 has layered a new crisis on old problems. Before the pandemic more than 250 million children were out of school. Not that being in school was an automatic passport to learning: more than half of 10-year-olds attending primary school in the poorest countries remained unable to read a simple sentence or solve a basic maths problem. These children, many of them first-generation learners, were – and are – being failed by school systems designed to act as a forcing house for rote learning, memorisation and curricula designed without reference to their needs.

The pandemic has dramatically widened fissures in global education. Unesco warns that lost learning in 2020 could eliminate the gains made over two decades in low- and lower-middle-income countries. The World Bank estimates that the number of 10-year-olds unable to read or write in these countries could rise from half to two-thirds. 同时, the lethal interaction of rising child poverty and learning losses could leave an additional 24 million children out of school, with many forced into child labour or early marriage.

These are not theoretical risks. Rural primary school pupils in Ethiopia have lost 70% of their predicted learning, according to surveys by the universities of Cambridge and Addis Ababa. While many governments responded to school closure by introducing ambitious distance-learning initiatives, reach has been limited. For hundreds of millions of children on the wrong side of the digital divide, many living in urban slums or rural areas with illiterate parents, classroom closure ended learning.

All of which calls into question the current state of international cooperation. Take finance. The London summit aimed to mobilise $1bn a year for the poorest countries. Yet the pre-pandemic financing gap for these countries was more than $34bn. The figure is even bigger in middle-income countries. Where is the plan for closing these gaps? There is none. With hundreds of millions of children returning to school, in countries where education budgets are being cut and child poverty is rising because of economic downturns, that is indefensible.

There is an alternative. The G20 should ask the World Bank and International Monetary Fund to produce a financing framework for education recovery ahead of its October summit. Domestic resources could be generated through the reallocation of the IMF’s expanded special drawing rights in favour of poor countries, along with the conversion of unpayable debt liabilities into education investments. The World Bank should be doing far more by providing loans, concessional finance and aid for education, not least given its warning that the poorest countries face lost earnings of $500bn.

If there is one potential silver-lining in the pandemic cloud it is in the opportunity to build back better by addressing the learning crisis. There is no shortage of evidence on what works. Educational charities such as Pratham in India and Brac, working across Asia and Africa, have demonstrated that teaching children at the right level delivers top results at low cost. One recent Global Partnership for Education programme in Uganda produced impressive results by training teachers to deliver foundational learning skills. Investment in early childhood programmes provides some of the highest returns on offer.

Reaping such low-hanging fruit in these areas should not be a challenge. Countries need to build learning assessment systems equipped to identify the levels of children as they return to school and track progress. They need to invest in remedial and and preschool education, as well as training teachers in foundational learning. Surely that’s better than squandering resources on approaches that leave children without learning.

这里, 也, there is an urgent need for coordinated action backed by finance. The pandemic has triggered a blizzard of fragmented initiatives, many of them involving digital technology, 或者 EdTech, “solutions” that are at best unproven and at worst counterproductive. We need to support the development of learning assessment systems that are the bedrock for progress.

At Save the Children I had the privilege of meeting hundreds of children in slums, villages and refugee settlements. Almost without exception, they believed in the transformative potential of education. Like Mandela, they saw a power to change their world for the better – and they were making heroic efforts to unlock it, often in the most desperate circumstances.