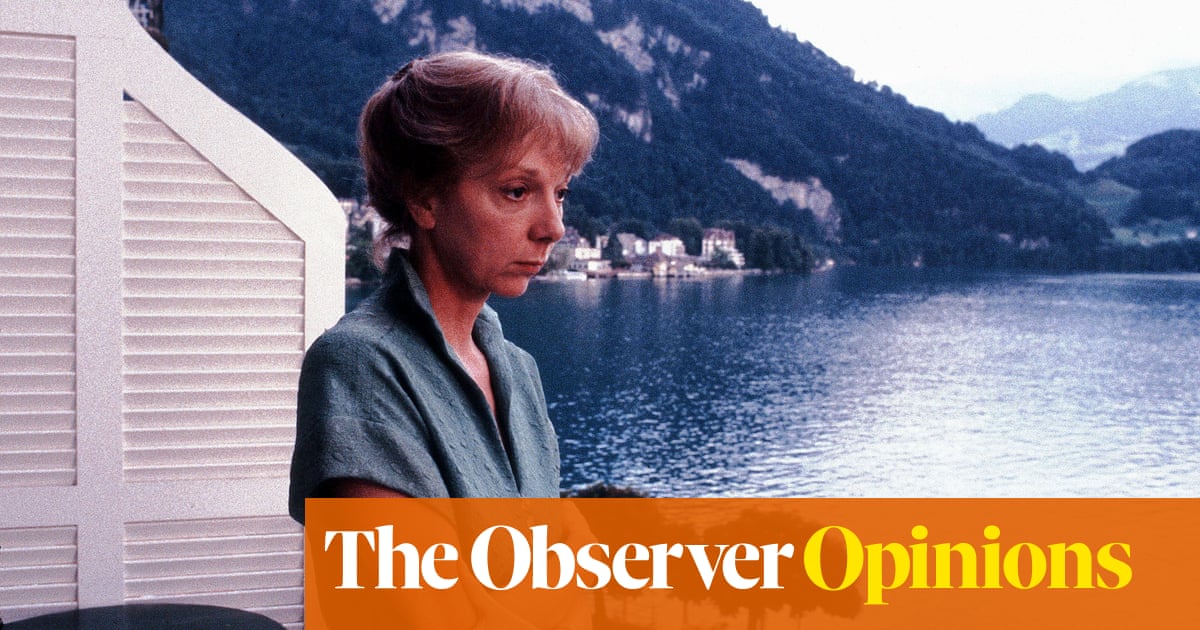 Did we miss it? Geen, of the “clear plan” an incoming Boris Johnson promised within 12 maande, thus differentiating his resolve from the way social care funding had been “shirked by governments for about 30 jare”, there is still no sign. Nor of promised cross-party talks.

Although to be fair, Matt Hancock, die gesondheidsekretaris, did ask every single MP and peer for any social care hints or hacks they might have – excluding the thrifty tip, inexplicably omitted from Andrew Dilnot’s 2011 verslag doen, that where possible, middle-aged men restrict their relationships to future care-givers at least a decade younger than themselves. This is already being trialled.

Happily, with clear plan formulation now looking as imminent as quite shortly, an academic study has just introduced policymakers to an actual strategy, one potentially controversial, but well tested and with some illustrious exponents – is Hancock familiar with the work of Anita Brookner? The brilliant art historian who, only after she had cared for her parents in their decline, went on to build a parallel career as a prolific, Booker-winning novelist? Some of her best fiction addressed the lot of promising but not particularly young women who resign themselves, seeing no decent alternative, to the unpaid care of elderly parents.

“How many more nights,” the heroine of A Start in Life, an academic, asks herself, “would she have to undress her mother, only to dress her again in the morning? Would she soon have to wash her, to bathe her, to feed her? Was there any way in which this could be avoided? Apparently there was not.” Basically, that’s the new idea: assume all women will care intensively for their parents, onbetaald.

Or it would be if only successive governments hadn’t extended women’s retirement age with as little thought for the ramifications in unpaid care (given the disproportionate female contribution) as they gave to the cost to a host of women denied fair warning of their redeployment.

Verlede week, the Royal Economic Society conference attracted media interest in a paper advertised as “Downsides of Postponed Retirement: UK evidence of reduced informal care support for parents and greater pressures on the NHS”. For the benefit of Daily Mail readers, this translated as: “State picks up £5,600 bill for the caring of elderly relatives that could have been covered by women if they were not still working.”

This coverage duly generated useful online outrage of “the 50s called, they’d like their headline back” variety including, pithily, from Mandu Reid, leader of the Women’s Equality party and a candidate for mayor of London: 'Say hello to patriarchy and structural sexism on steroids.” A look at the original research suggests, egter, that the Mail had no need to put its signature patriarchal twist on findings elsewhere entitled “Should I Care or Should I Work? The Impact of Working in Older Age on Caregiving.”

Leaving aside the economic jargon (“an altruistic caregiver embeds the health status of the care-recipient into her own utility function”), this bizarre contribution probably does have its uses as an illustration of the mood in around 1893, when the publication of George Gissing’s The Odd Women featured some startling new notions about women and paid work, women and financial dependency, women as natural carers. There really were people, een keer, who thought, like the current scholars, of women’s paid labour as an unhelpful deflection from their true purpose, as angels in the home. Or – once it’s embedded into their utility function – that of their parents.

‘Parents who receive less help from their daughter do not receive more help from other family members or formal services as a counterbalance,” the new study establishes. The remedy, we discover, is to work with, rather than confront, such evidence that caring for elderly parents is an activity widely considered, unlike, sê, childcare or teaching, so congenitally unsuited to the majority of men as to make their conscription not just arduous but unnatural. The authors ponder what would help dutiful daughters who are now compelled, like sons, to work until 66, better to emulate the pension sacrifices of an Anita Brookner heroine. Of, failing that, at least to carry on subsidising the UK’s cash-starved statutory care, which in turn continues, contrary to official guidelines, to factor into an elderly person’s care eligibility any unpaid or “informal” help. What about, they suggest, improvements to the maximum £67.60 a week carer’s allowance?

And further signalling which sex is expected to keep the UK’s elderly population alive, a proposal whose impact on the gender pay gap is therefore presumably justified: “Optimal welfare may also require alternative policies such as work flexibility laws that enable women to combine demanding jobs with caring responsibilities.” Maybe there will never be an end to obituaries regretting, like recent tributes to the great Shirley Williams, how family duties smothered a woman’s ambition.

In 'n 2018 verslag doen sponsored by Age UK, the Social Market Foundation cited sex differences in the provision and extent of unpaid care, the stress and financial cost involved, and soaring demand from an ageing population, including from the many people with no children, before urging the government not to continue to rely on families to deliver social care. “It would be dangerously complacent for policymakers to assume there is an infinite supply of wonderful people able and willing to provide informal care for their loved ones,” said Caroline Abrahams, charity director at Age UK.

In which case, especially since the majority of these wonderful people are female, it is natural to think a government of Johnson’s would never assume anything else. Even as he made his unfulfilled promise, Johnson came close to floating the Anita Brookner scheme. “Should families be looking after their elderly relatives?” hy het gesê, promptly answering himself in the affirmative: “To what extent?”

Has anyone told his daughters?

Early last week a call came into the office of a senior cabinet minister from one of Boris Johnson’s team at Downing Street. Geen 10 was frantically lodging requests across departments for members of the government to g... 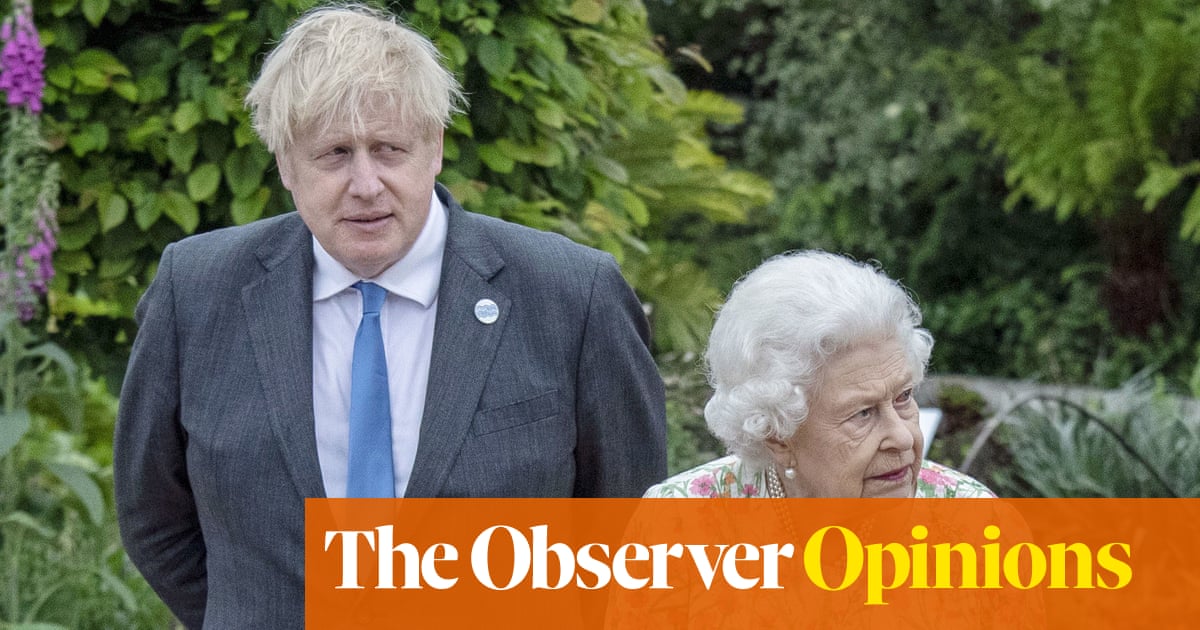 Whatever the damage to his party, his country and dependent relations – should the crowdfunding start now? – the premiership of Boris Johnson increasingly looks, for the royal family, like an unprecedented blessing. ek....