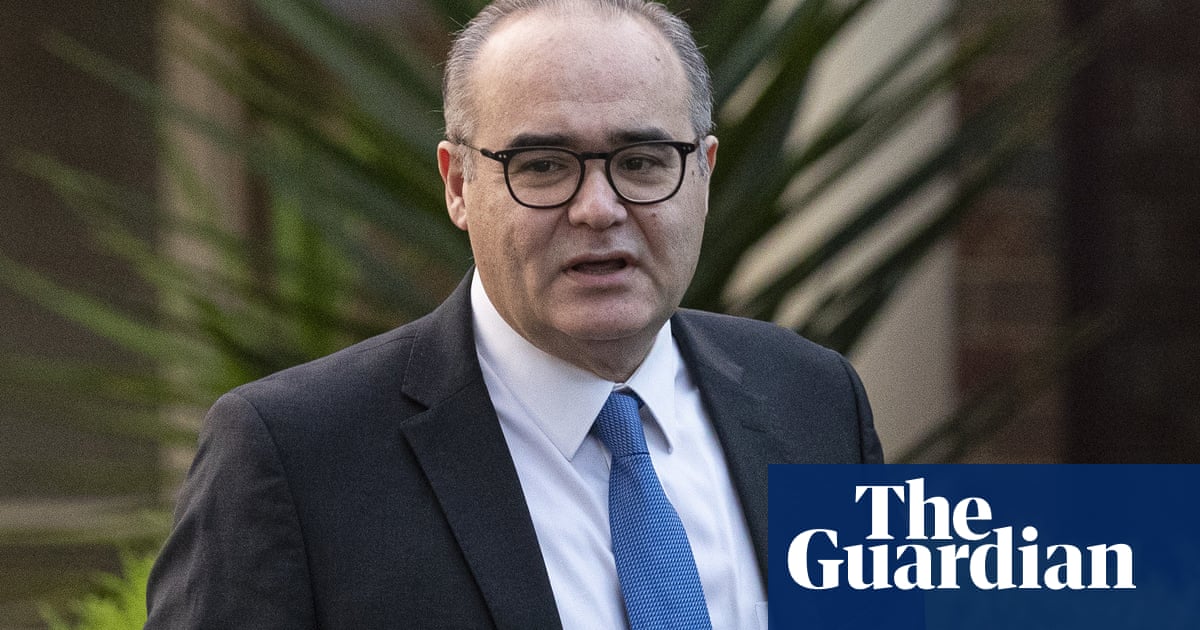 A Victorian ministerial staffer being paid by the taxpayer spent as much as 80% of her days doing factional work as part of a vast branch stacking operation, the Independent Broad-based Anti-corruption Committee has been told.

Ellen Schreiber, who was employed as the executive assistant in the ministerial office of Adem Somyurek between January and August 2019, said that instead of dealing with work associated with Somyurek’s small business or local government portfolios, the minister advised her and other members of his staff to work on factional activities of the moderate faction.

Ibac is investigating branch stacking and the misuse of public resources within the Victorian branch of the Australian Labor party. While branch-stacking breaches Labor party rules it is not illegal and does not itself amount to corrupt conduct.

The inquiry is examining whether Victorian MPs engaged in corrupt conduct while in public office by directing ministerial or electorate office staff to perform political work when those staff were paid with public funds.

Schreiber said most of her factional work involved the processing of memberships and vetting of those processes by other factions, and that this became more intense as a branch stacking campaign “ramped up” in mid-2019.

She said if the moderates could raise objections to the members recruited by other factions – such as that they had been registered under a different address to that in which they were registered to vote, or that they were not recorded as attending a branch meeting – it meant the admission of those members could be delayed.

“Everyone was doing it, but not to the level and the scale [of Somyurek],” she said.

“Adem had a point to prove, and it was in retaliation, every time. If Adem put 30 [members] through a branch meeting, the left [faction] would come back with 30. So it was tit for tat.”

When questioned as to whether Schreiber was ever given a directive to not do factional work when she was employed as a ministerial staffer, she said that, to the contrary, Somyurek would often give her work to complete for the faction that he expected by the end of the day.

It was common for her to work with staffers from the ministerial office of Marlene Kairouz to complete these tasks, she said, and they often accessed a member database using another Labor staffer’s log-in details to perform these functions.

In part, performing party work rather than ministerial work was made easier because of the understanding that Somyurek had “small” portfolios, Schreiber said.

She agreed with a contention put to her by Chris Carr SC, counsel assisting Ibac, that she was performing this work not because of any allegiance she had to Labor, but because that is what she was told her job was.

She never raised concerns about the work herself because she wanted to keep her job, and believed she would rise quickly through the party – despite not having a university degree – because she had seen other women, including MPs, promoted because of their gender, rather than their talent.

Schreiber left Somyurek’s office to work in the electorate office of Anthony Byrne in August 2019. She told the commission that Somyurek offered her a role with the Construction Forestry Maritime Mining and Energy Union (CFMEU) soon after, working as the “right hand” of the Victorian state secretary John Setka.

At the time, Setka featured in a series of media reports that he said were “politically motivated”, and Schreiber said Somyurek told her it would look good for Setka to have a young woman working for him.

When she declined the job, she said Somyurek “was mad like a cut snake, he spat venom at me” and called her a “fucking idiot” who was going to fail in her career. She said she was “put in the freezer” after that, and was unable to take part in the political work she enjoyed.

The Ibac commissioner, Robert Redlich QC, indicated that lawyers for Somyurek wished to cross-examine Schreiber on parts of her evidence, but that cross-examination was not part of public hearings on Tuesday.

Earlier on Tuesday, Remy van der Wiel QC, acting for Somyurek, cross-examined Byrne about the evidence he had given on Monday.

Byrne admitted being involved in branch stacking, including having an office “kitty” he used for party memberships, and implicated a number of other Labor figures in the activities.

Van der Wiel asked Byrne about a series of text messages exchanged between Byrne and Somyurek that related to their dealings as factional allies in Melbourne’s south-eastern suburbs.

Byrne denied suggestions by van der Wiel that the exchanges indicated that he, rather than Somyurek, was in control of the faction.

“Counsel, you would have had to be on the dark side of the moon to not know who was in charge,” Byrne responded at one point.

Redlich asked Byrne that given the Victorian branch of the ALP had been aware of branch stacking for decades, and was more recently warned against the misuse of public resources after the Red Shirts scandal, did the party not have “sufficient will” to eradicate the “cultural practice”.

Byrne agreed and said he had cooperated with Ibac – to the point of raising serious questions about his own political future – in the hope the party would reform.

The hearing continues on Wednesday. 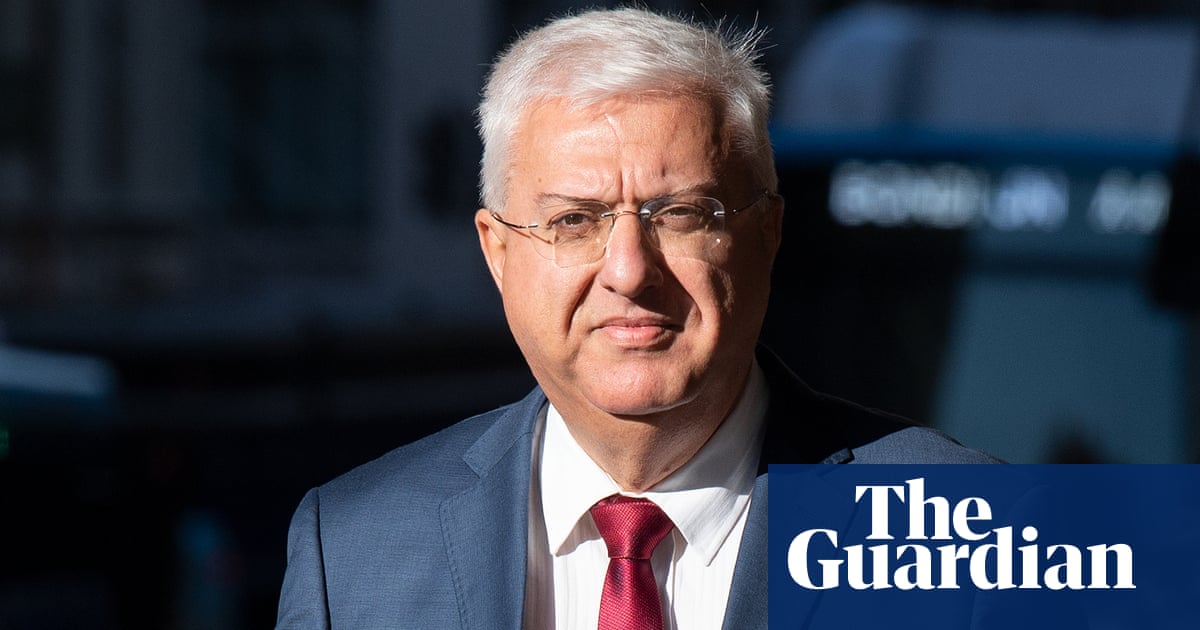 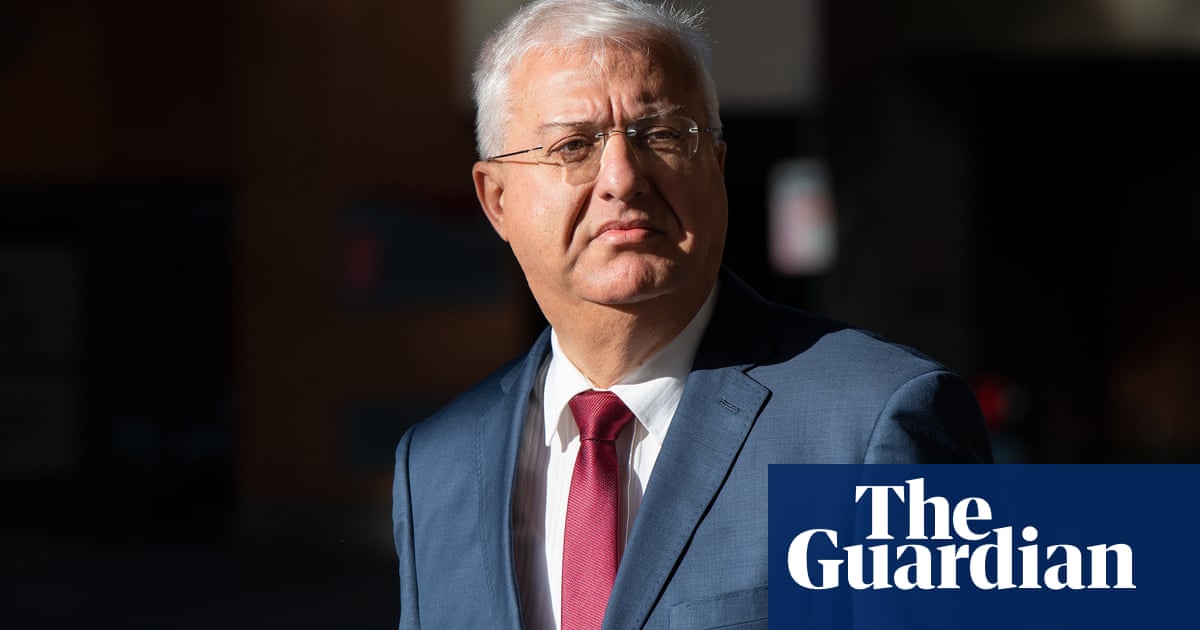 Former federal MP Craig Kelly’s office manager told a young female employee she was “very selfish” and “self-centred” for refusing to give him a “little thank you kiss”, a Sydney court has heard. The trial of Francesc... 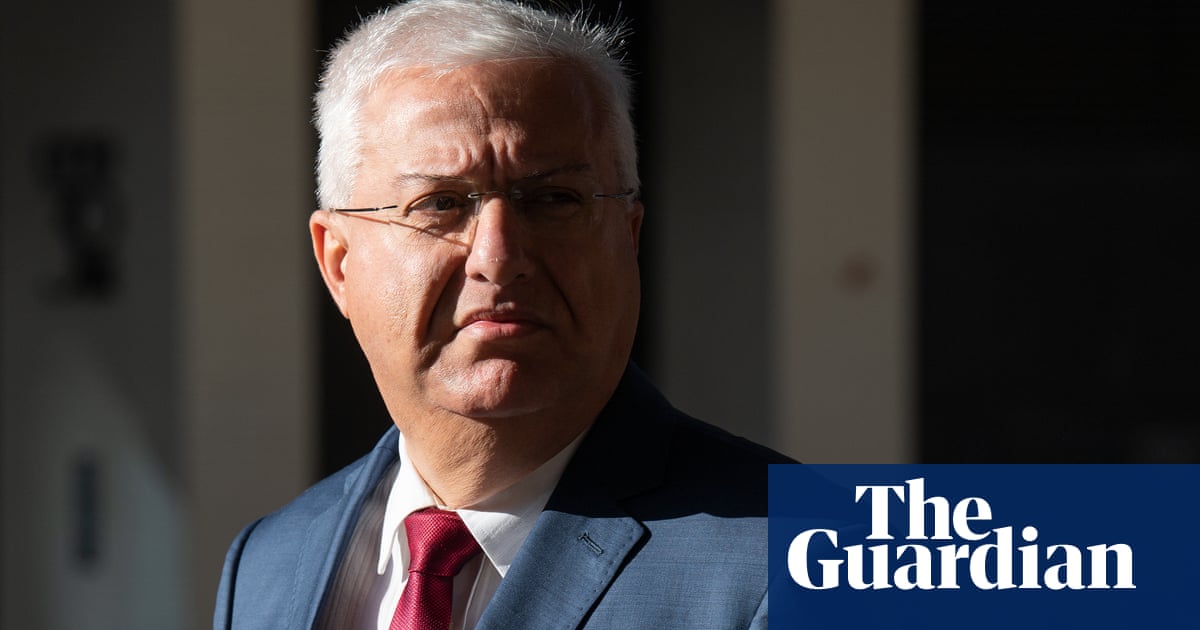 A young woman has told a court the office manager of former MP Craig Kelly spent years kissing and sexually touching her – but she was still shocked by one incident that brought her to tears. The woman had been out to... 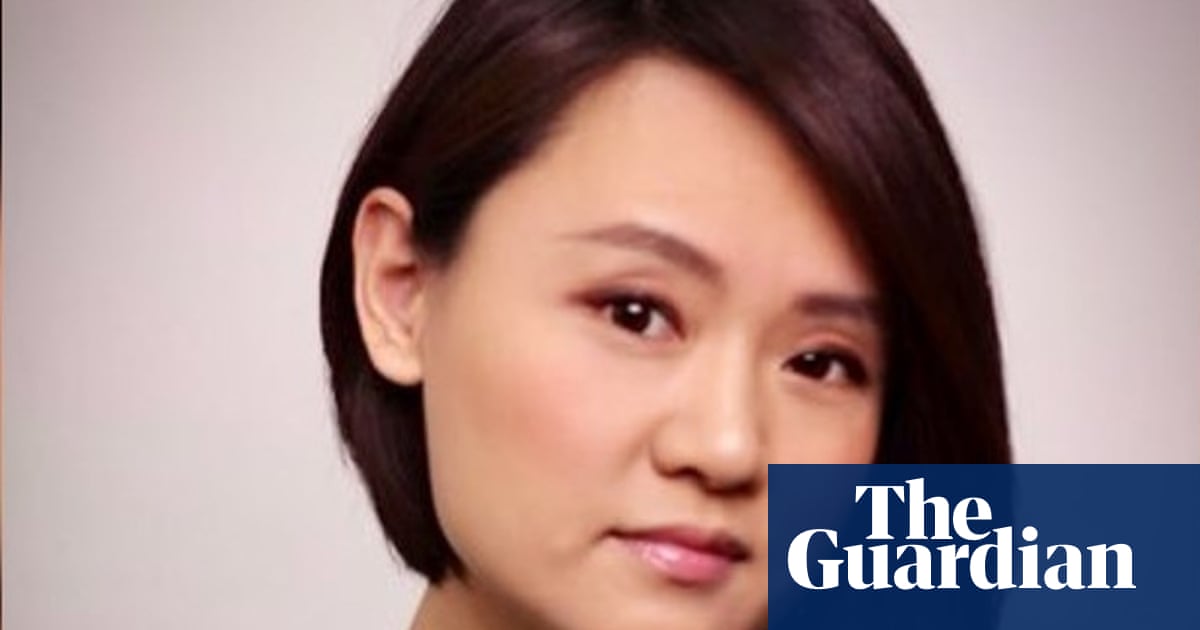 Haze Fan, a Bloomberg News staff member in China who was detained in late 2020, was released on bail early this year, according to a statement by the Chinese embassy in Washington that was dated May and reported by th... 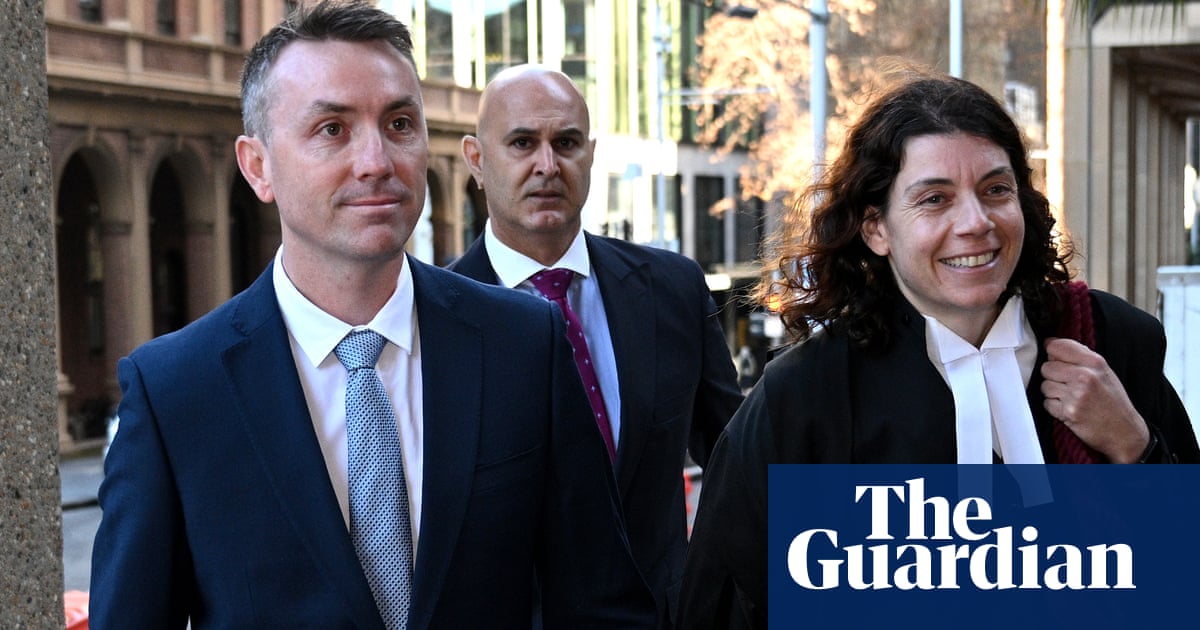 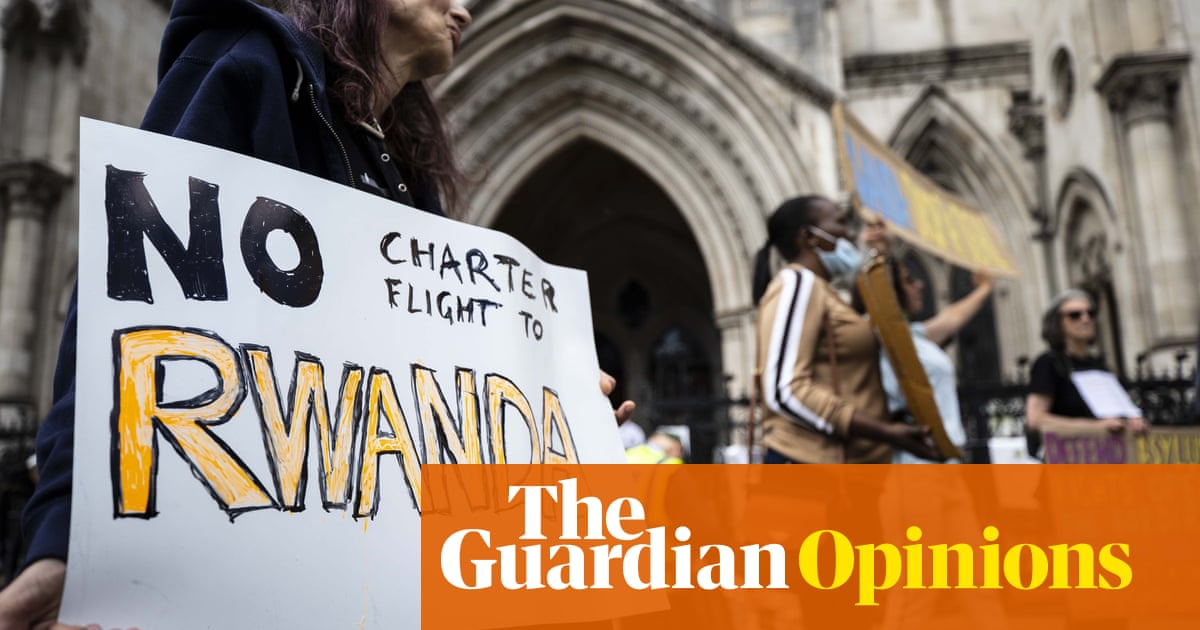