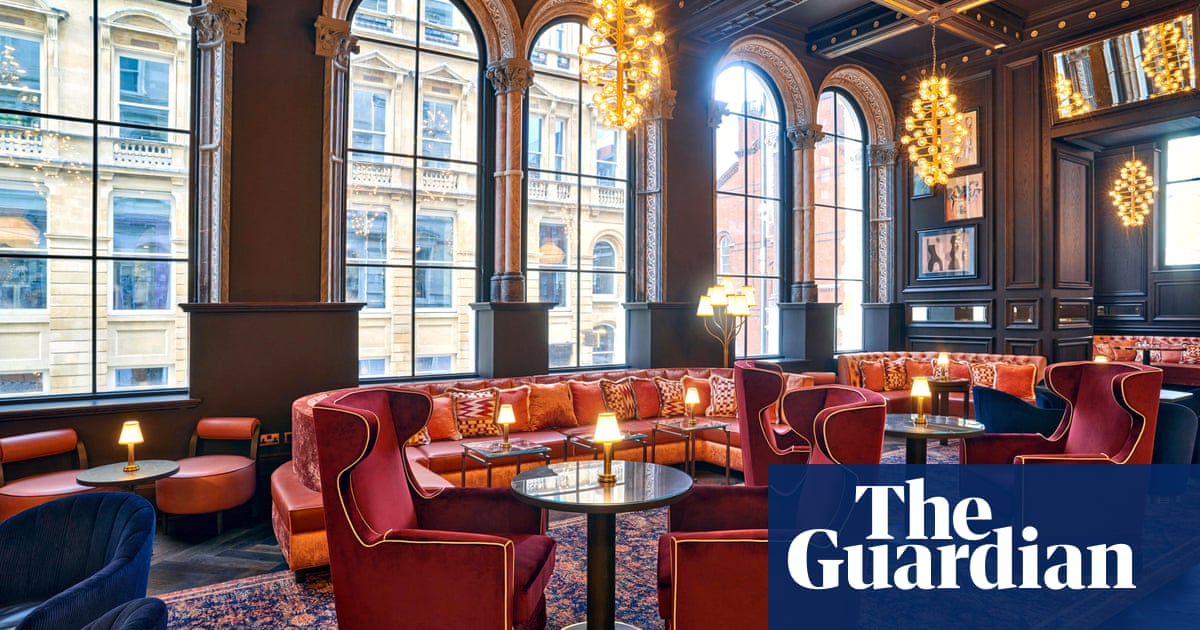 The Grand Hotel is where I met the big bad world. Nel 1979, quando ero 15, a work-experience place led to a part-time job as a commis chef, so I spent weekends as an underling in a huge, sweltering hotel kitchen full of moody, permanently hungover chefs preparing 1970s delicacies like prawn cocktail, black forest gateau and joints of meat and cauliflower cheese for the carvery restaurant.

I still have asbestos hands developed from handling sizzling pans, can chop carrots in that show-offy chef way and have a scar on my finger to prove it (all of which I’m still, ridiculously, quite proud of). I was constantly sworn at and occasionally shoved out of the way for messing up. It was an exhilarating and slightly terrifying crash course in growing up, and I loved every minute of it.

I left in 1981 and the hotel was boarded up for half of the following 40 anni. It was easy to see why: the Grand had opened in 1879, and a century later the rickety back of house still felt Dickensian (thrillingly so in my eyes, though not the hotel inspector’s). The crumbling stonework had become so dangerous by 2002 that it was forced to close.

Every time I went home to Birmingham, I’d walk past the scaffolded building and wonder if the palace that once hosted Winston Churchill, James Cagney and Charlie Chaplin would ever reopen its doors.

At one point it was almost demolished, but the Victorian Society came to the rescue and helped secure a Grade-II listing, protecting the huge site on Colmore Row, one of Birmingham’s most picturesque streets, from developers. It finally reopened in May this year after a decade-long, £45m restoration and, I was delighted to discover, now looks grander than ever. It is attracting Hollywood royalty again, too – Tom Cruise stayed while filming in the city, and had his car nicked from outside. Welcome to Birmingham, Tom!

The hotel has retained its imposing French Renaissance facade, and Arts & Crafts and Victorian features, including an exquisite staircase with marble-and-gold columns, and intricate moulding in the Louis XIV-style ballroom (previously known as the Grosvenor, where I used to serve food at banquets for up to 400) with golden electroliers hanging from the ceiling.

As it’s an old hotel, il 185 rooms are refreshingly non-formulaic: varying in size and shape but generally roomy, in simple muted tones with large bathrooms (marble sinks, heated mirrors and Molton & Brown smellies) and high ceilings. There are some nice touches – yoga mats, retro rotary telephones, Nespresso machines – and the odd not-so-nice one, such as plastic flowers. Considering the city-centre location, we had a wonderful night’s sleep – the clever overlapping curtains and excellent sound-proofing block out all the light and hubbub. By day the large sash windows offer views over Saint Philip’s Cathedral and churchyard, and the fabled back of Rackhams.

It’s a shame the entrance is now on a side road, not at the front – it means the new reception is a bit pokey for such a prestigious hotel. per fortuna, the adjoining Madeleine, the opulent ground-floor cocktail bar, fills that void as the heart of the hotel. It’s all dark wood panelling, gothic fireplaces, modern globe chandeliers and Corinthian window columns, furnished in rust red, burnt orange and warm pink velvet and leather. The cocktails are lush, pure, particularly the signature Round Midnight, a deliciously smoky brandy concoction served with a frozen plum acting as an ice cube, and fragrant woodsmoke spilling dramatically over the rim.

And so to the restaurant. As someone who learned to both cook and love food right here, I wanted to be wowed by Isaac’s, the new basement restaurant named after the hotel’s founder, Isaac Horton. Ho appena strofinato la patata cruda sull'altro punto, the “New York-inspired brasserie-style restaurant” concept didn’t work for me, neither did the American comfort food menu.

There were either too many flavours or not enough: my sister’s half a lobster (fino ai caldi marroni rosati o plumy) was smothered in a Madeira and cayenne hollandaise that completely overpowered the seafood, while my tuna carpaccio was almost tasteless. My son liked his short-rib burger (£15) but his starter of crispy chicken wings (£6) were not. My dinner was saved by the southern-crumbed cod (£19), a lovely hunk of well-cooked fish, served with grits.

Like the rest of the hotel, the brasserie looks the part, with gleaming pine-green tiles and leather booths, but is let down by the details. Old black-and-white photography is an obvious choice, but the images are unmemorable; and why play generic modern pop when there is such a wealth of brilliant American music from the very era the restaurant decor aims to evoke?