I once became an editor by mistake. It taught me to value the people behind the scenes 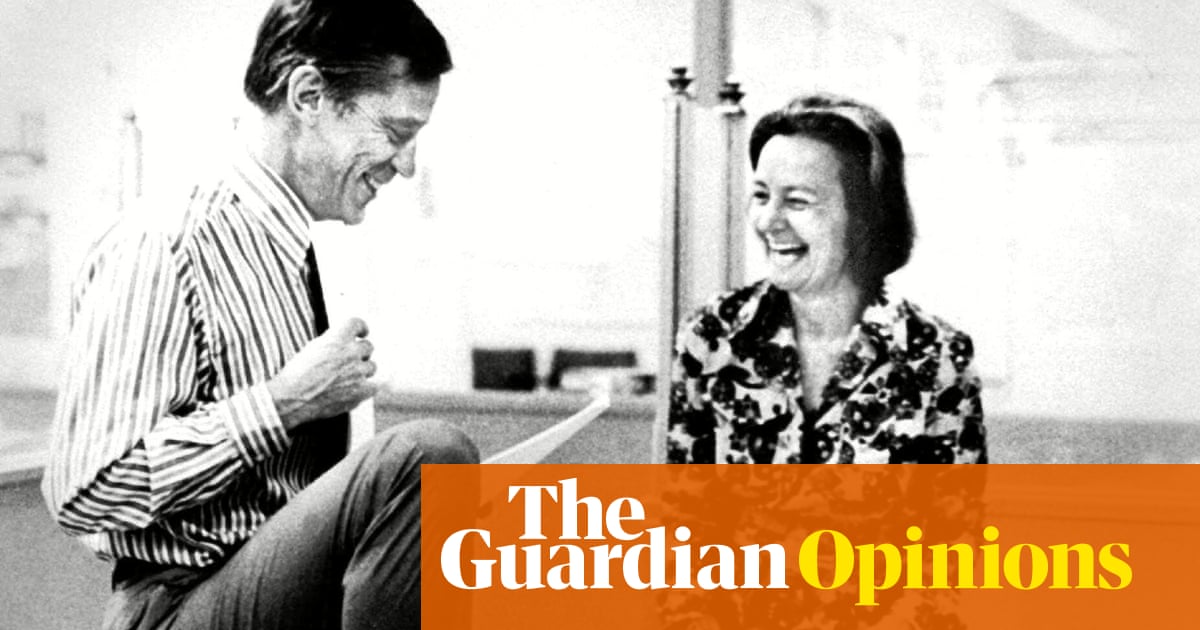 나는 am going to assume you are a Guardian reader, given that you are at this moment reading the Guardian. Whenever I meet Guardian readers, they invariably ask me about my fellow Guardian writers: what’s 팀 다울링 처럼? (Extremely scary.) Have I ever met Polly Toynbee? (아니, because she lives in a castle guarded by dragons.) Do I eat lunch with Marina Hyde? (She doesn’t eat lunch: she’s a vampire.) But I am never asked about my editors.

One of the many cultural differences between British and American journalism is that in the US, even among non-journalists, there is a genuine reverence for editors: Ben Bradlee, who edited the Washington Post during Watergate; former New Yorker editor William Shawn; Robert Silvers, the late founding editor of the New York Review of Books.

It is a different story in the UK, where editors tend to be ghostlier presences. Unlike the writers, they don’t even get their names in the paper, which would be like a movie’s end credits acknowledging only the actors and not the crew. 이번 주, after eight years in charge of the Guardian’s Weekend magazine, the editor, Melissa Denes, is leaving, having finally realised that there might be more to life than correcting my spelling mistakes and begging me not to write about Alec Baldwin’s wife again. A happy day for her, a sad one for those who relied on her to save us from our own worst tendencies every week, from not understanding how semicolons work to writing too much about famous men’s wives (just as examples).

Readers, 친구, even my parents often ask if I choose who I interview, and whether I can just write what I want in this column. It’s a good reminder of how little understanding there is among casual readers about how journalism works, because the answers to both those questions is a resounding no. Writers get the byline glory, but everything they’ve actually written has been chosen and then picked over by an editor. My five-year-old twins might be the ones showing up in reception every day, clean and dressed, but believe me, there was a lot of work behind the scenes to get them there.

A good editor will see and encourage a writer’s strengths. In my first week at the Guardian, Jess Cartner-Morley asked me to write about Gucci wedding rings. Being a sarky dickhead who didn’t understand how to write about fashion, I wrote that you’d know how much your fiance loved you by how big your Gucci ring was. Jess laughed and said, “That’s funny!” Aha, 나는 생각했다, funny is good. I then spent the next eight years trying to be funny about fashion.

Another editing memory: a discredited British politician who shall remain nameless informed me on a Friday night that he was suing me over something I had tweeted. Frantic, I called the then editor of this newspaper, Alan Rusbridger. “Don’t worry,” he replied. “Come see me on Monday morning.” On Monday morning I walked into his office and he had already compiled an actual dossier to defend me in court, should it come to that (it didn’t). My favourite editors understand my strengths (interviewing 80s movie stars), and my favourite subeditors – the people who pore over every word – understand that my jokes are deliberately bad (but also remove the ones that are non-ironically terrible).

I had a very brief career as an editor. A million years ago, when I was at university, the people in charge of the student newspaper suddenly realised they didn’t have an editor for the next term so they installed me, the idiot who had been reviewing films for the past two years. It was like one of those 80s films in which someone (probably played by Rodney Dangerfield) becomes president by mistake. I spent the holiday before term started not planning what I should commission for the paper, but writing every feature myself – because I had no idea how to edit other people’s writing, and even less of one about how to cope with the stress of waiting on late copy. (To be fair to 20-year-old me, I don’t think I was wrong on that one: writers are extremely annoying when it comes to respecting deadlines.) By the end of my editorship, the one thing I’d learned for certain was that I am definitely not an editor. Make your mistakes as young as possible, kids. They’re less messy to clean up.

Perhaps because of that experience, I am much more interested in the people behind the scenes than those in front. Actors can be hit and miss as interviewees, whereas directors and screenwriters almost never disappoint, because they have more expertise and less narcissism. The same rule applies to pop stars versus music producers, and also to writers versus editors.

Everyone who’s lucky has someone who looks out for them, who makes sure they don’t make fools of themselves in public, don’t get themselves cancelled, or sued (but will stand right beside them if they are). It just so happens that, with writers, that person is their boss and, if that writer is especially lucky, also their friend.  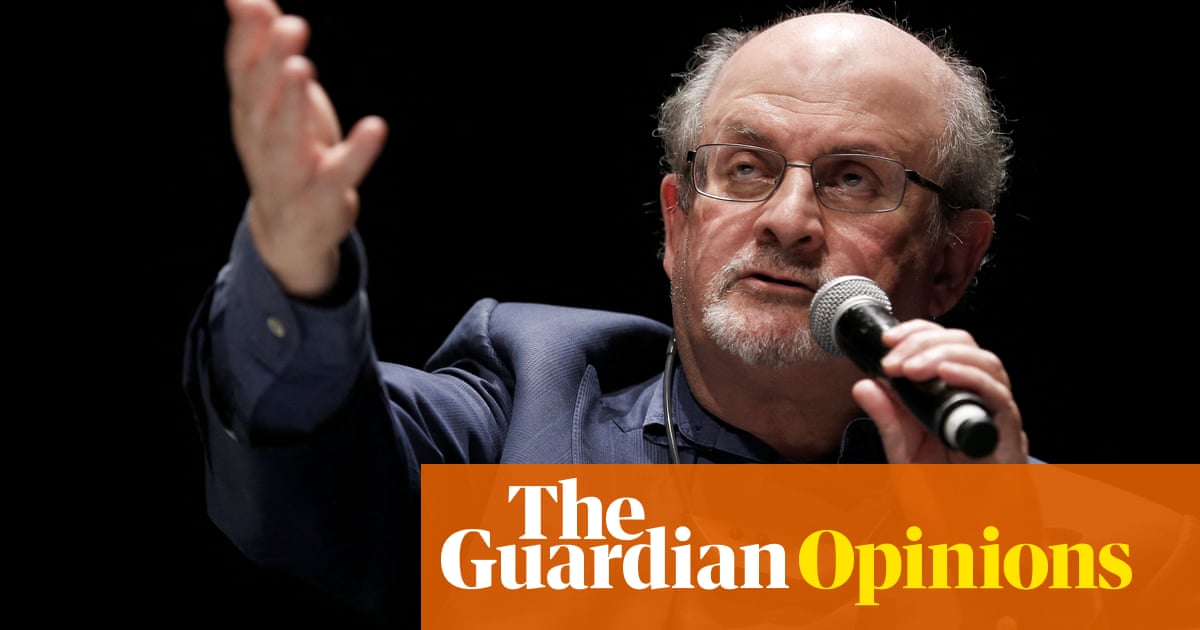 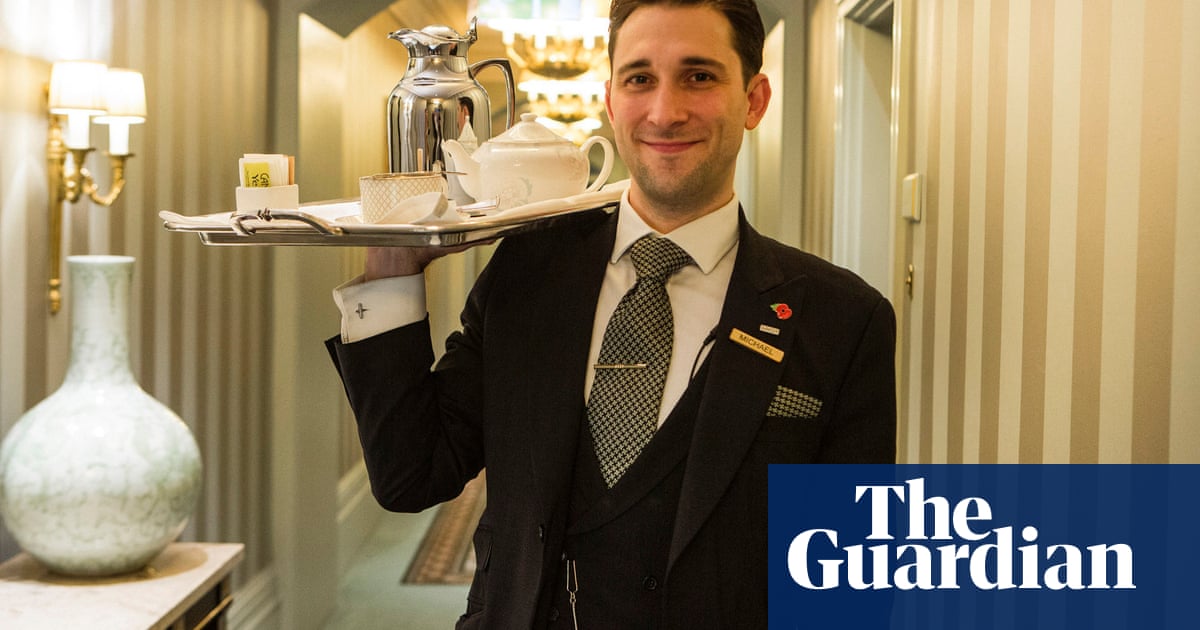 오늘 밤 TV: behind the scenes at The Savoy … with Gordon Ramsay the tornado

“Don’t cock it up, Michael,” a guest experience executive (whatever that is) tells himself after admitting he gets anxious when serving the Savoy and Royal suites. “Don’t cock it up, like you did with your A-levels.” ...

큰 그림: behind the scenes at the shopping centre 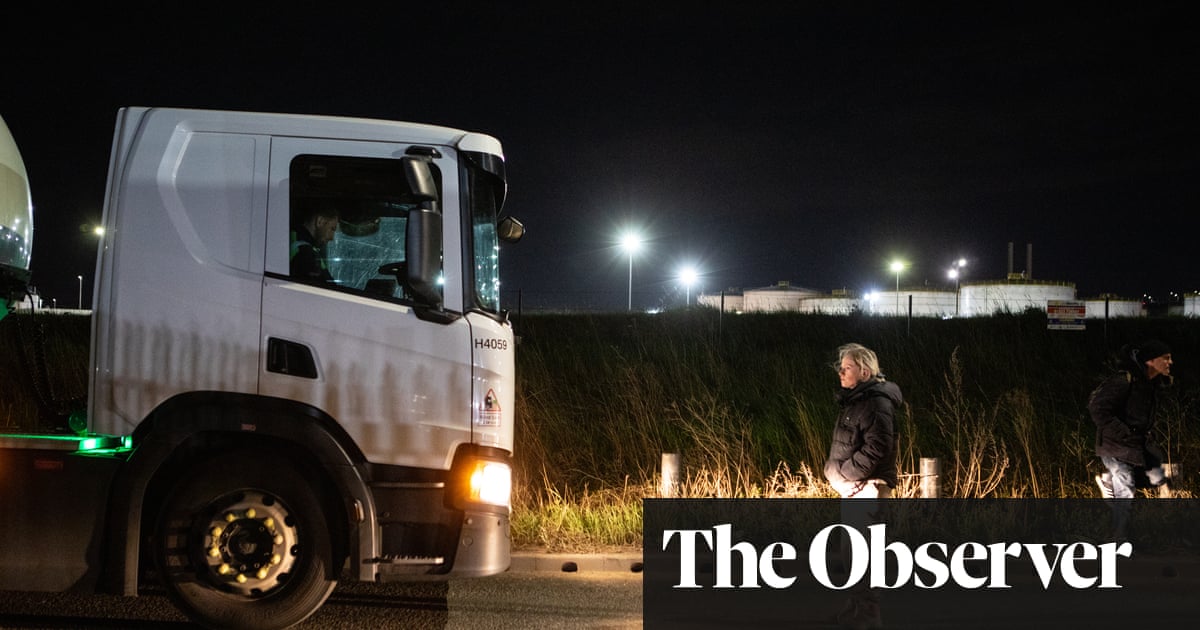 Just Stop Oil: behind the scenes with the activists

In a flat in east London, on the night of 31 행진, two dozen people in their early 20s are packing sleeping bags and energy bars and discussing unorthodox toilet arrangements. There are bowls of vegan curry on the ta... 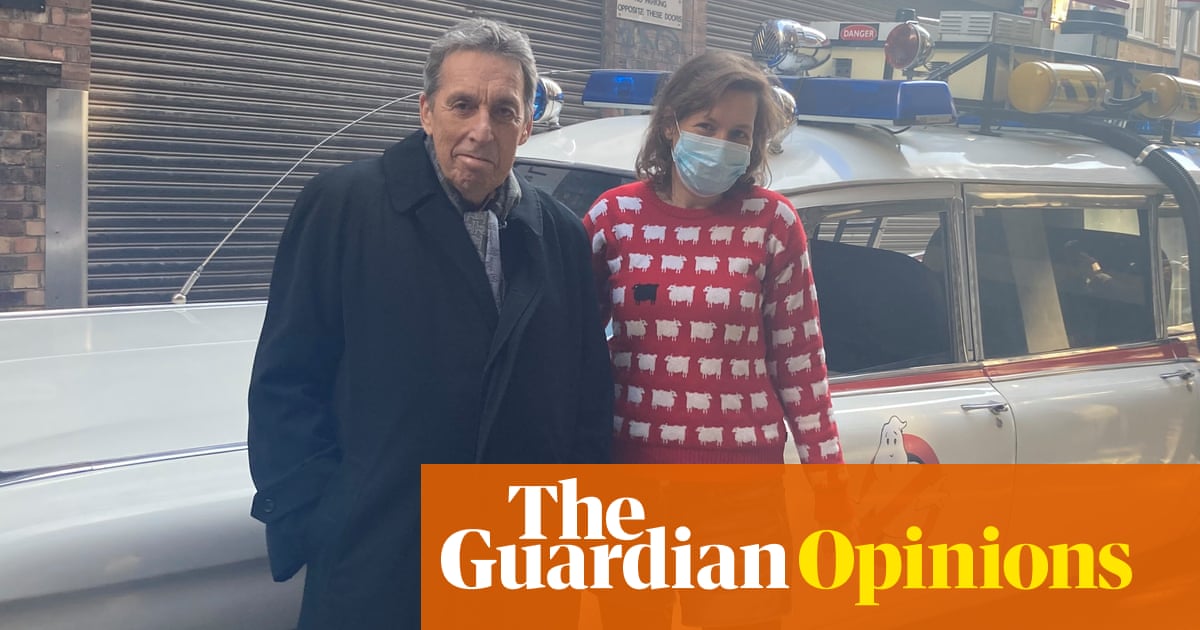 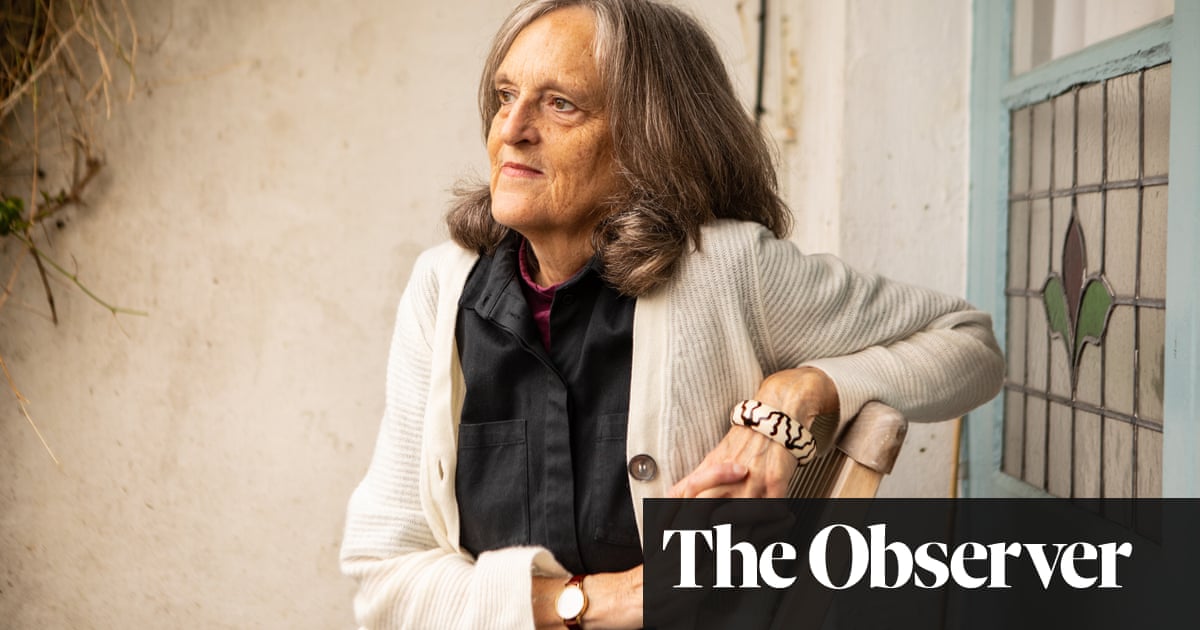 Tessa Hadley walks into the sitting room of a hotel in London’s West End that is a pleasant mixture of Christmassy, deserted and library-quiet – a welcome side-effect of the pandemic. ~에 65, she has an eager, intellig... 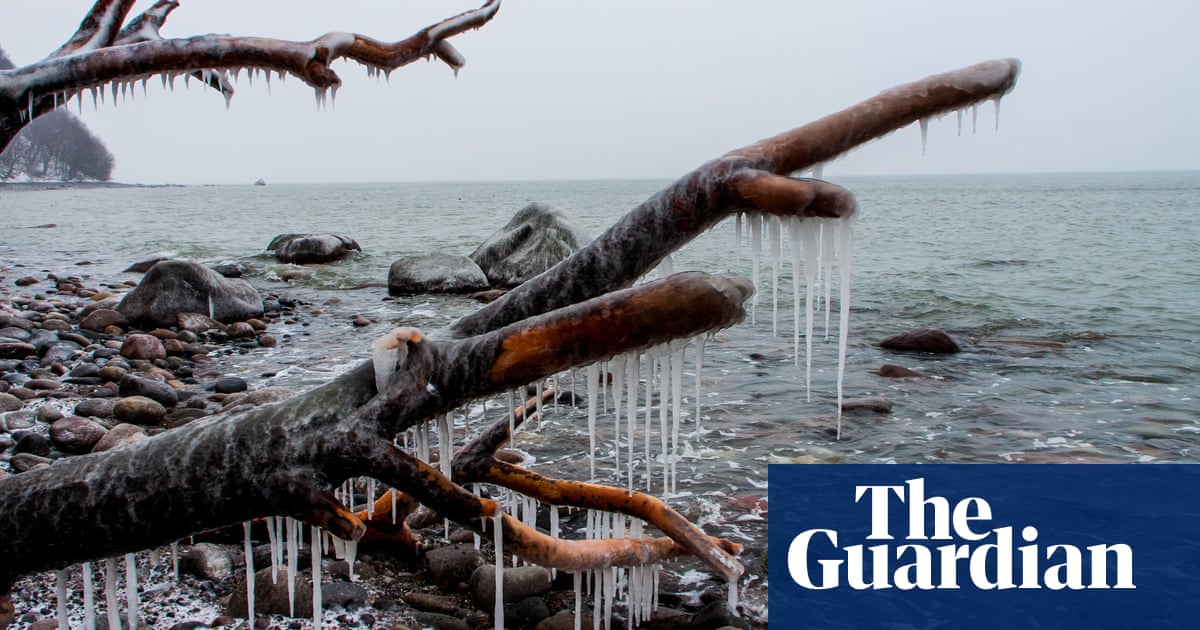