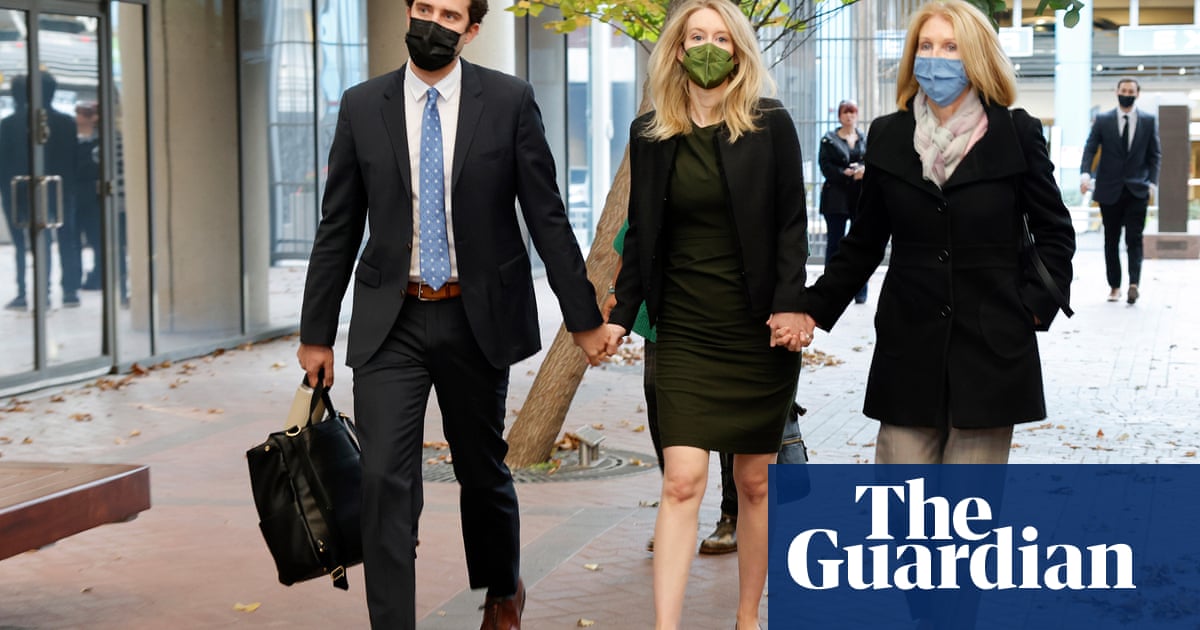 Government prosecutors in the trial of Theranos CEO Elizabeth Holmes ended their case on Friday, capping off 11 weeks of testimony from witnesses detailing allegations of fraud against the founder.

The Theranos saga has been widely covered since cracks began to emerge in the glossy image of the blood testing startup in 2015. But the first phase of the trial revealed more startling new details.

Investors, former employees and customers chipped away at the successful startup image that Theranos presented during its meteoric rise, instead painting a picture of a chaotic workplace with a founder desperate to succeed – tolerating little dissent amid rising questions about the company’s technologies.

Holmes has pleaded not guilty to the charges of defrauding investors and patients . On Friday, Holmes took the stand in her own defense, a risky move that opens her to being grilled in cross examination by the prosecution.

Here is what we have learned so far.

Theranos launched in 2003 and claimed that its proprietary Edison machines could perform hundreds of health tests with just one prick of blood. The company gained momentum, forging partnerships with big names such as Safeway and Walgreens to distribute its tests, raising billions in funding. Amid this spectacular rise, four different lab directors at the company said they had voiced grave concerns about its technological abilities operations.

Over six days of questioning, former lab director Adam Rosendorff said he repeatedly expressed doubts about Theranos’ tech to Holmes, but faced “tremendous pressure at the company to show that this technology was successful”.

“I had frequent conversations with Elizabeth about concerns that I had in the laboratory,” he testified. Frustrated and disillusioned, he left the company in 2014, he said, noting that when he left he felt “very skeptical” of the Edison machine.

Lynette Sawyer and Sunil Dhawan, co-directors of the lab in 2014 and 2015, testified to a disjointed lab operation, noting they never met one another in person and rarely visited the lab or met researchers. They alleged their roles consisted primarily filling out paperwork.

“I was very uncomfortable with the lack of clarity about the lab,” Sawyer testified.

A fourth former lab director, Kingshuk Das, testified that the Edison devices were returning unusual lab results – turning up prostate-specific antigens for female patients, for example. “I found these instruments to be unsuitable for clinical use,” Das said of the devices.

When Das questioned Holmes about the inconsistencies, Das said, the founder became defensive and offered “implausible” explanations as to why the machines were malfunctioning.

Theranos attracted large amounts of funding in part due to high-profile investors, including former secretary of states George Schultz and Henry Kissinger, media tycoon Rupert Murdoch and former defense secretary James Mattis. Several of those investors told the jury about their initial excitement about the company and their growing reservations as red flags piled up.

Testifying early in the trial, Mattis said he personally invested $85,000 in Theranos, finding the technology “pretty breathtaking”. He was asked to serve on the company’s board, a request he said he questioned as he was “not a medical person” but agreed to (He was paid $150,000 to serve on the board).

Mattis said he ultimately lost faith in the company after the Wall Street Journal revealed Theranos’ testing devices were not actually being used to perform most of the analyses the company offered. “There came a point where I didn’t know what to believe about Theranos any more,” he said.

Former estate attorney and Theranos investor, Daniel Mosley, testified how he became enamored with the company’s mission and convinced a number of wealthy clients and contacts to invest in it. His recruits included Walmart’s Walton family and Michigan’s billionaire DeVos family. Along with his own investment of $6m, Mosley brought an estimated $380m to Theranos.

Several other financial backers of Theranos told the jury they were troubled by the extensive secrecy around the company’s operations, which made it difficult to properly vet whether it was a smart investment. Meanwhile, they reported a pressure to get in on a much-hyped opportunity before it was too late. Lisa Peterson, who handles investments for the DeVos family, said she feared Holmes would ice her out if she asked too many questions about the company.

“We were very careful not to circumvent things and upset Elizabeth,” she said. “If we did too much, we wouldn’t be invited back to invest.”

Among the most shocking allegations in the trial so far was the prosecution’s accusations that Theranos used false and misleading documents implying that external labs had vetted the products – when in reality they had not – to promote its Edison tests to potential partners.

Walgreens CFO Wade Miquelon revealed during his testimony that Holmes had implied drug firms Pfizer and Schering-Plough had validated the company’s blood-testing technology.

Holmes, Miquelon said, shared with investors and potential partners a document carrying the Pfizer logo, purportedly showing the pharmaceutical company’s support. But the document had been forged, the prosecution claims.

Trusting such reports, Miquelon said, Walgreens made a $140m deal with Theranos in 2013 and launched testing in 40 stores across Arizona and California. That partnership fell apart over the next year and Walgreens ultimately sued Theranos in 2016, settling for $25m.

Meanwhile, scientists at the pharmaceutical companies Holmes claimed had endorsed Theranos, told the jury they had repeatedly expressed doubts. Former Schering-Plough director Constance Cullen said when vetting Theranos technology in 2009, she found Holmes to be “cagey” and indirect in answering technical questions. She was left “dissatisfied” and ceased responding to emails from Holmes.

Similarly Shane Weber, a former Pfizer scientist, said he was left feeling unsettled by an interview with Holmes in 2008 to assess a potential partnership. “[Theranos] provided non-informative, tangential, deflective or evasive answers”, Weber wrote in a report referenced during the trial, testifying that he recommended Pfizer halt potential partnerships with the company.

Holmes stayed silent in the court room during prosecutors’ presentation of the case, writing notes by hand in a notebook, flanked occasionally by supporters including husband, Billy Evans, and her mother.

She took the stand on Friday, laying out the trajectory of the startup, and testifying that she believed Theranos had developed technology capable of running any blood test.

“We worked for years with teams of scientists and engineers to miniaturize all the technologies in the laboratory,” she said, testifying for about five hours before the court closed for the day.

Holmes’s decision to testify is a risky one, since it means she’ll face cross examination from the prosecution. Holmes’s legal team is expected to argue in the coming weeks that Holmes made decisions in good faith and did not purposely deceive investors and customers.

“Theranos failed for a lot of reasons, but it failed in part because it made mistakes,” Lance Wade, a defense lawyer for Holmes, said during opening statements. “Ms Holmes made mistakes, but mistakes are not crimes. A failed business does not make a CEO a criminal.”

Early court filings indicated the defense may also use an argument that Sunny Balwani, Holmes’s former boyfriend and Theranos co-executive, abused and controlled her, influencing her to commit fraud. Balwani faces his own trial on charges similar to Holmes’s in 2022.

Holmes faces a maximum of 20 years in prison. Jurors could come to a verdict before the year’s end.

Legal teams for Elizabeth Holmes and Sunny Balwani did not respond to the Guardian’s request for comment. 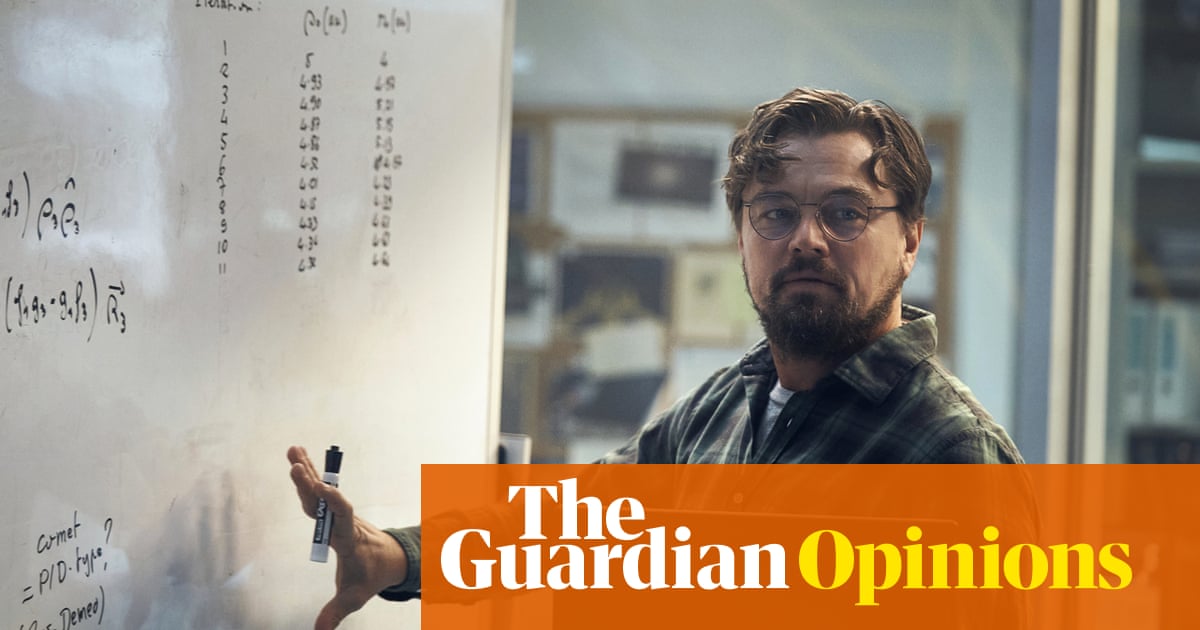 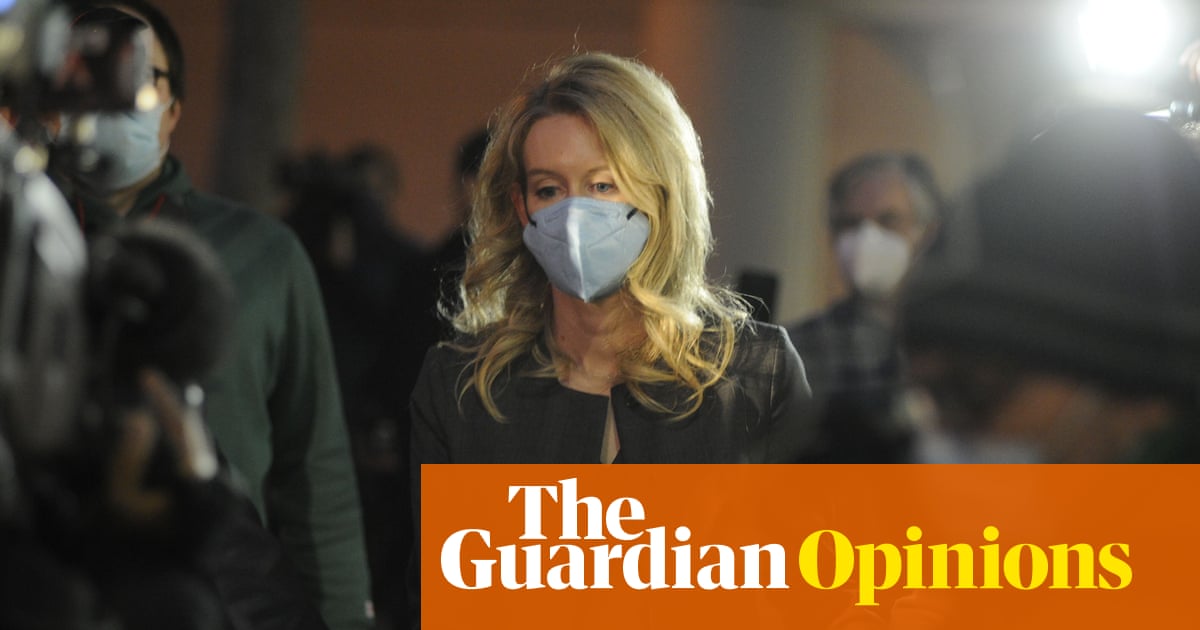 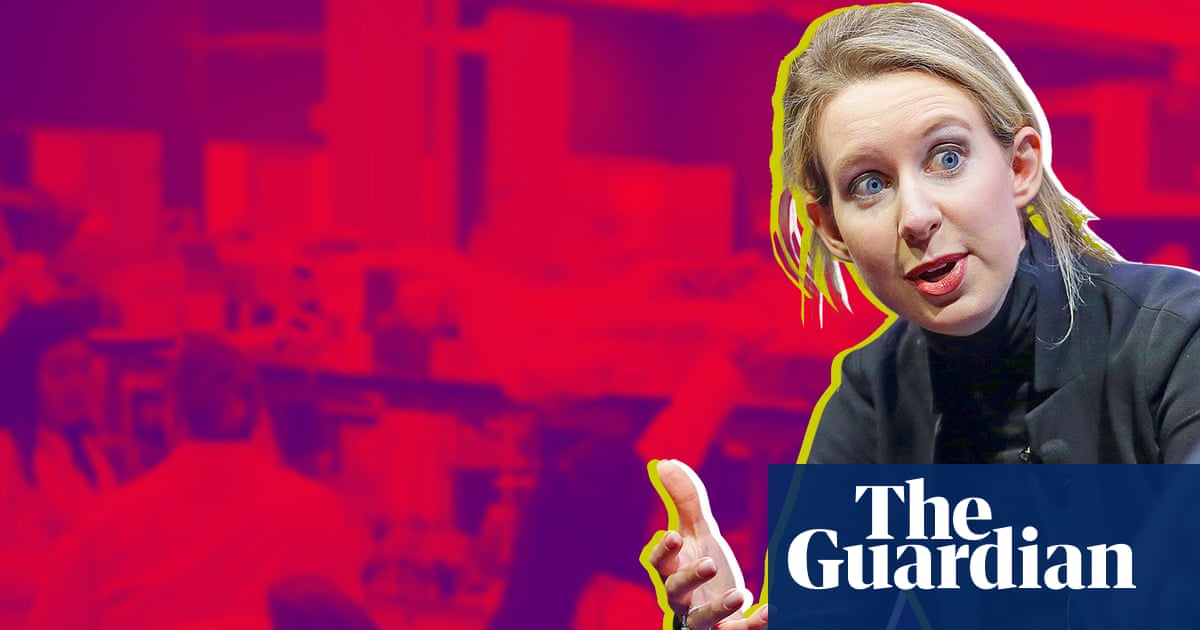 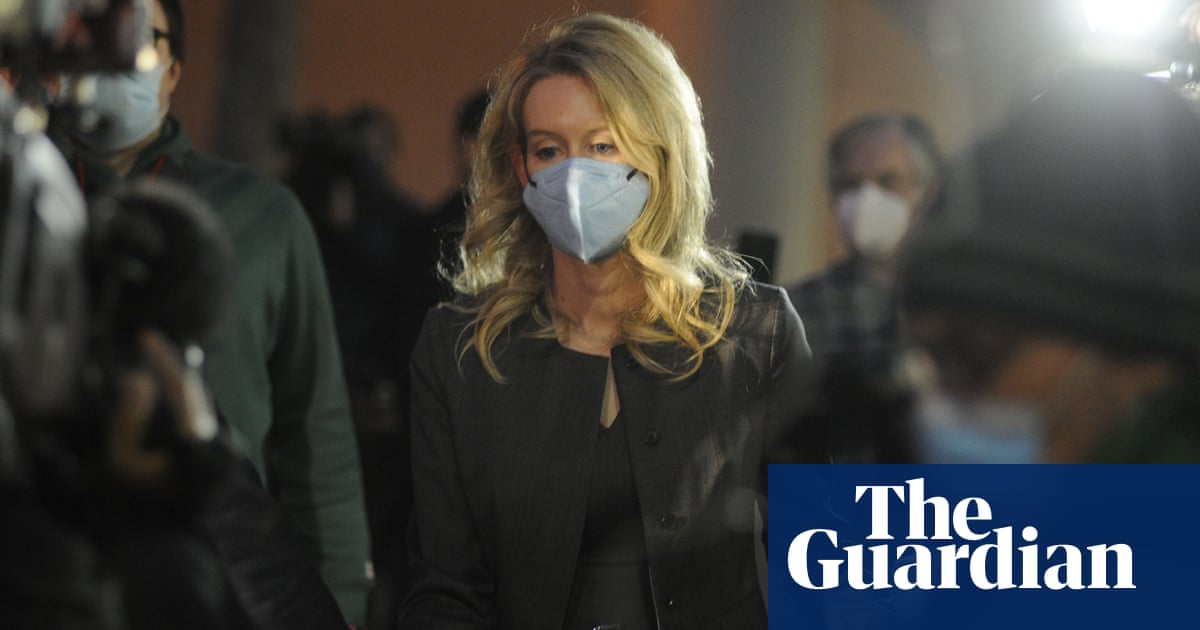 TechScape: Elizabeth Holmes is far from the only tech leader overpromising and underdelivering 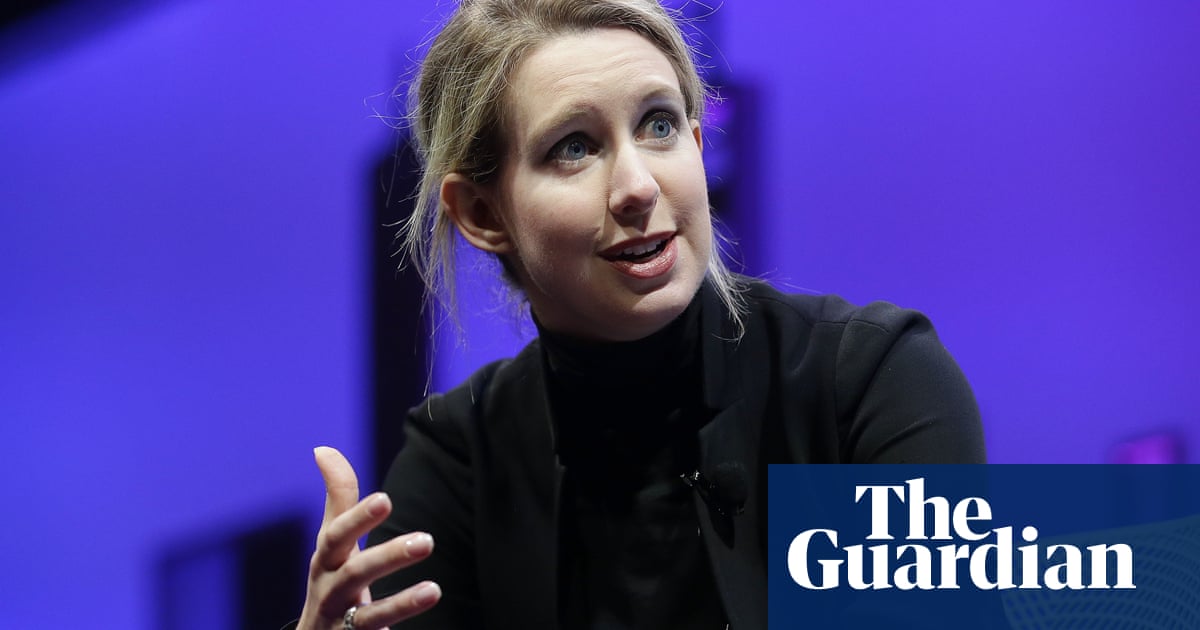 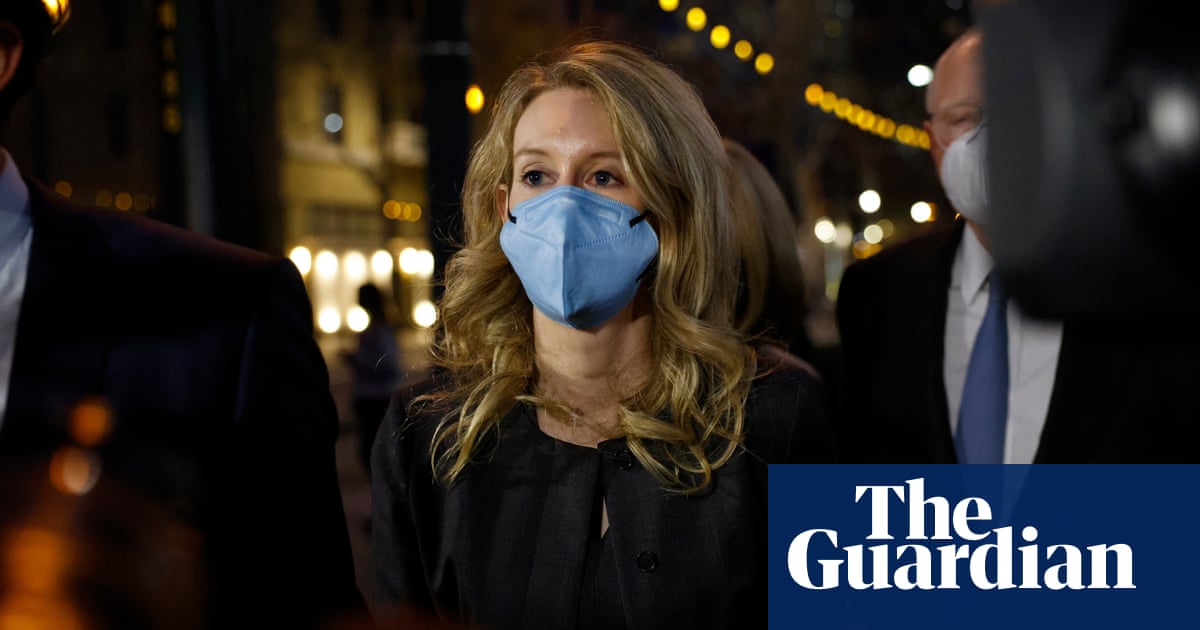