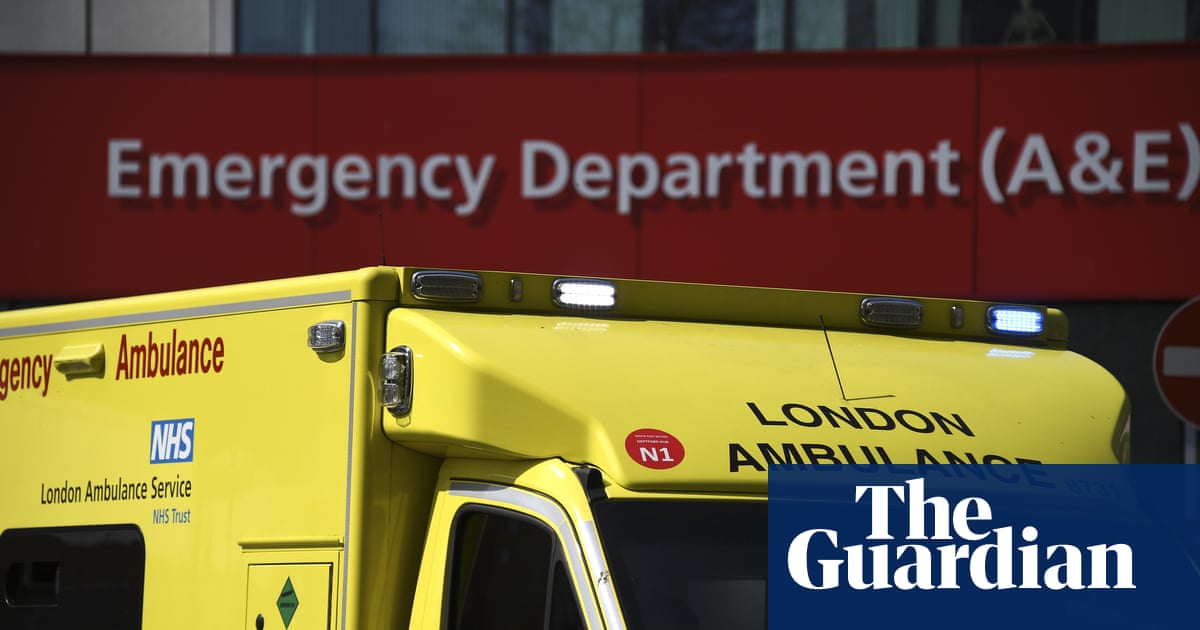 Omicron is having a significant impact on staff at a large hospital trust with hundreds off work due to illness, leading to the cancellation of non-essential services to tackle a surge in admissions driven by the variant.

Guy’s and St Thomas’ trust (GSTT) in London is preparing to redeploy staff to work in its A&E and intensive care units to cover for the growing number of staff who are off work sick.

It has seen the number of hospitalised patients with Covid it is treating jump by a third over the last week and is bracing itself for worse to come in the days ahead.

Rising Covid cases have also left London fire and rescue services with “unprecedented” staff shortages, the Fire Brigades Union (FBU) said, with almost a third of London’s fire engines out of action at points in the last week.

In a memo sent on Friday to staff in the emergency departments of the two hospitals it runs in south London, GSTT said: “Omicron is now having a significant impact on the work we are doing.

“This is being felt not only with the increase in patient attendances (Covid admissions have increased a third over the last week) but also on staff sickness and subsequent absence from work.

“Omicron is now the dominant variant, with over 60% of positive cases locally being due to this new strain and with a doubling rate of two days in the local community.

“London is once again at the eye of this current storm,” the memo said.

Hospital bosses across the NHS are finalising details of how they will deal with a potentially huge increase in the number of people which the new strain leaves seriously ill with Covid. Some doctors and scientists fear that the coming wave of hospitalisations could be even bigger than the peak of 39,000 cases seen UK-wide in January.

The UK reported record Covid cases for a third day in a row on Friday, with 93,045 new cases, up 39% on the week. A further 900 people were hospitalised with the virus and 111 people died. The UK Health Security Agency confirmed another 3,201 Omicron cases, bringing the UK total to 14,909.

GSTT also told A&E staff that “as of yesterday there were more than 350 staff members off work and isolating across the organisations due to Covid – a 25% increase on the previous day.”

Amanda Pritchard, the chief executive of NHS England, ran GSTT until 2019. Boris Johnson said that staff in the intensive care unit at St Thomas’s had saved his life when he was hospitalised there with Covid in April 2020, during the first lockdown.

Omicron is forcing the trust to take action in order “to reduce the risk to all services and continue to deliver essential care to our patients”. As a result “all non-essential services have been stood down or reduced” and “staff are being identified for redeployment to core services such as ours.”

The memo also said that GSTT was already seeing “significant shortages” and had asked for personnel to be redeployed there “to ensure safe staffing levels are maintained over coming weeks”.

Chris Hopson, the chief executive of the hospitals group NHS Providers, said: “With over 93,000 new cases of Covid confirmed today, trust leaders are understandably anxious about the weeks ahead as the Omicron variant takes hold in the community and, inevitably, within the health and care workforce.

“We are already seeing NHS staff shortages in hotspots like London with worrying increases in the number of staff having to take time off work due to Covid-19 self-isolation or sickness. This is expected to rise in the weeks ahead.

“The knock-on effect on the workloads of remaining staff – who are already working incredibly hard given the huge demands on the service – is a major concern.”

The FBU London regional secretary, Jon Lambe, said: “The new Omicron variant is having a devastating impact on the London fire brigade.”

According to London fire brigade statistics, 40 fire engines were unavailable for the day and night shifts on Thursday. There are 142 fire engines in London.