Russia says another 694 Ukrainian troops have surrendered at Mariupol’s besieged Azovstal steel plant in the past day, bringing the total number close to 1,000. The Russian defence ministry said 29 of the soldiers were wounded.

Their fate remains uncertain. Russian authorities did not say where the soldiers would be sent, though on Tuesday evening Reuters reported that seven buses carrying Ukrainian soldiers left the plant for a former prison colony in the town of Olenivka in a Russian-controlled area of Donetsk region.

Ukraine has not commented on Russia’s latest update. In his address to the nation late on Tuesday, the president, Volodymyr Zelenskiy, said an “evacuation mission” was continuing with help from “the most influential international mediators”.

The fate of the soldiers leaving the plant remains unclear, and it is also not clear how many remain inside.

Denis Pushilin, the head of the self-proclaimed republic of Donetsk, said on Wednesday that the “commanders of the highest level” were still hiding in the plant. Earlier, Ukrainian officials had said some of its soldiers remained.

The two sides in the war have released practically no details of the agreement that led to the surrender of the troops, who were holed up for weeks in an extensive network of tunnels and bunkers underneath the steelworks.

Ukraine’s deputy defence minister said on Tuesday the soldiers would be swapped in a prisoner exchange, but a number of Russian officials on Wednesday repeated statements made a day earlier by other hardliners that the soldiers should be tried. Pushilin on Wednesday called on an “international tribunal” to be set to decide the soldiers’ “fate”.

The Chechen leader Ramzan Kadyrov, whose forces have participated in the battle for Mariupol, said the Azov regiment, one of the main forces defending the steelworks, should not be exchanged and “must be punished by law”.

The Azov regiment was formed in 2014 as a volunteer militia to fight Russia-backed forces in east Ukraine, and many of its original members had far-right extremist views. Since then, the unit has been integrated into the Ukrainian national guard and its commanders say it has moved away from its far-right origins.

The Russian Duma is expected to discuss the subject on Wednesday and potentially accept a new resolution that would ban prisoner exchanges of Azov fighters. Next week, Russia’s supreme court will also hear an application to designate Ukraine’s Azov regiment as a “terrorist organisation”, opening the way for sentences of up to 20 years for those convicted of involvement.

Russia’s Investigative Committee, which exists to examine major crimes, has already announced plans to interrogate the surrendered soldiers, without indicating whether they would be treated as suspects.

The fate of the forces taken prisoner at Azovstal could further complicate efforts to resume peace negotiations, with both sides blaming each other for a breakdown in talks.

The Kremlin spokesperson, Dmitry Peskov, accused Ukraine of a “total lack of desire” to continue the negotiations, while the Ukrainian presidential adviser Mykhailo Podolyak said talks were on hold .

The Azov movement has been used as a key part of the Russian propaganda narrative to justify the war in Ukraine, and Andrei Kolesnikov of the Carnegie Moscow Center said Russian politicians were using their surrender “to promote themselves and show their loyalty to the Kremlin”.

“But ultimately, their statements don’t matter much and it will be Putin who decides what happens to the Ukrainian soldiers,” Kolesnikov added. He said what Putin chose to do with the Azovstal soldiers could point to his current intentions in the conflict. “If he decides to try the soldiers, it will be a clear, worrying sign that he is willing to further escalate the situation. It will be a spit in Zelenskiy’s face.”

Alternatively, Kolesnikov said, trading soldiers with Ukraine would be framed domestically as a Russian “act of mercy and compassion” despite the current calls by Putin’s hardliners demanding severe punishment for the soldiers. “At home, Putin has flexibility and could play both cards,” Kolesnikov said.

A hacker has claimed to have procured a trove of personal information from the Shanghai police on 1 billion Chinese citizens, which tech experts say, if true, would be one of the biggest data breaches in history. The ... 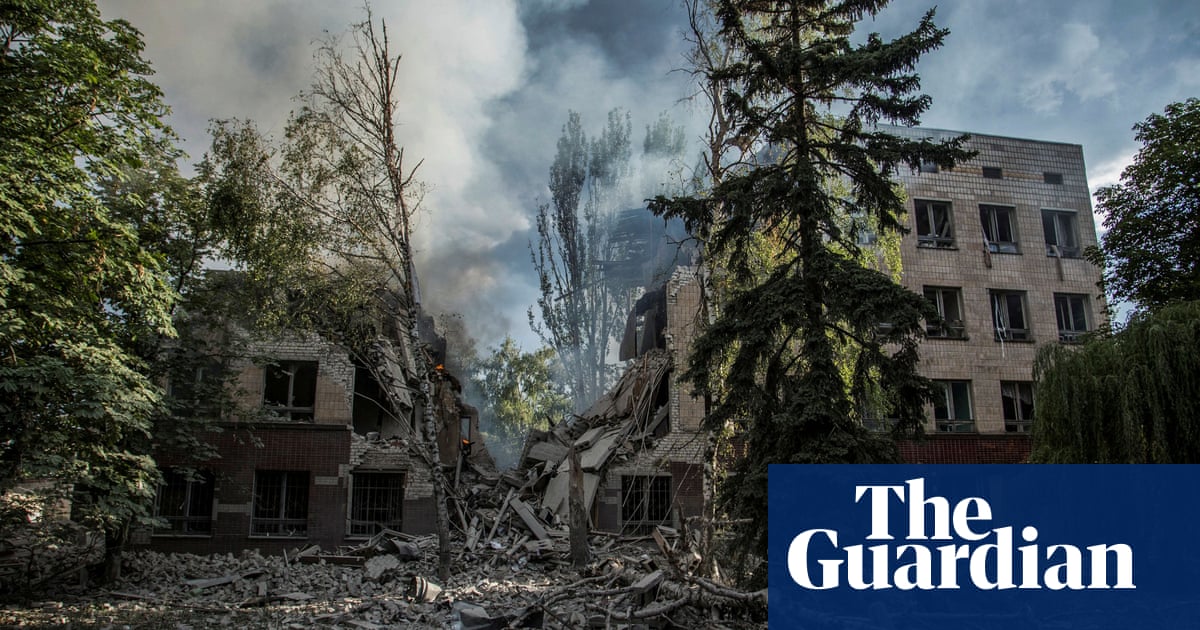 Russia has said it is in control of Ukraine’s eastern Luhansk region after taking over Lysychansk, the last Ukrainian-controlled city in the region. The Russian defence minister, Sergei Shoigu, told Vladimir Putin on...