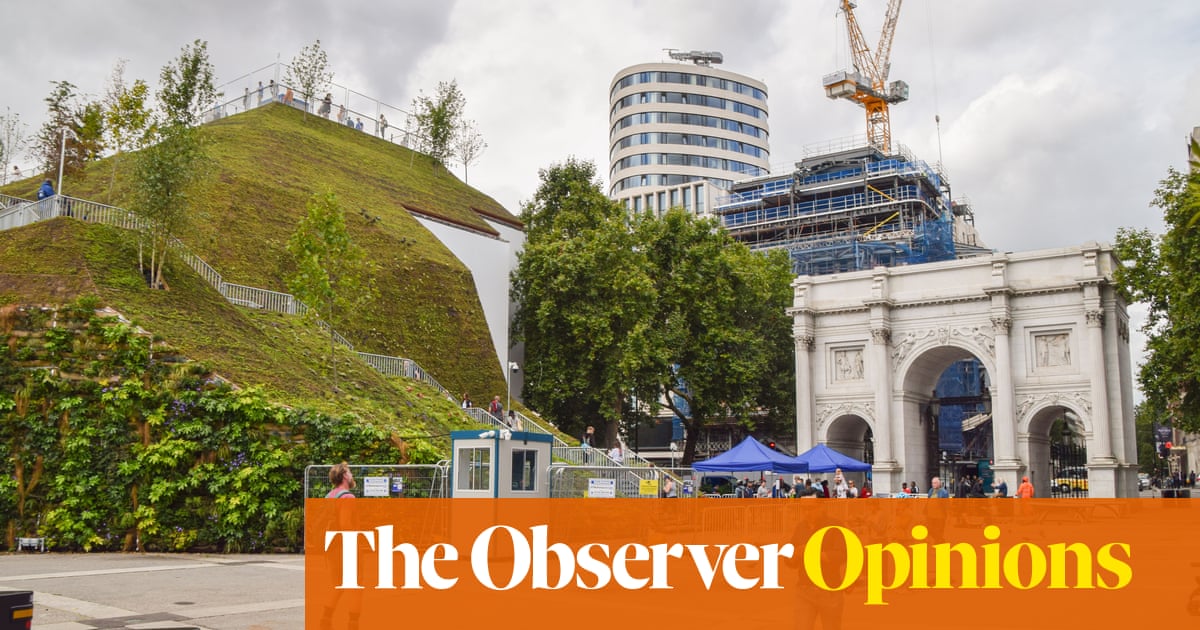 How’s your summer going? Is it the wild and fabulous festival you’d been promised? Are you tanning all day and dancing all night, enjoying the hot breath of colleagues on the flaps of your neck as you meet in person in a dusty break-out area? Have you staycationed in a place of outstanding beauty? Have you repeated the word “staycation” so many times it has become rubber on your tongue, now even more meaningless than it was last winter? Tell you what, here’s a fun game – how many of the below can you tick off? Let’s go:

You have looked out of the window in August at the mizzle and clouds, and then at your app which suggests storms by teatime, and then at a series of weather prediction websites until you find one with even the slightest sliver of sunshine, which you screengrab, as a sort of totem. But of course weather is not just weather any more. At school you learned the term “pathetic fallacy”, but in adulthood it has flipped its meaning, so weather no longer reflects mood but mood reflects weather. Weather today being the most immediate indication of something very very wrong on its way, of the planet hanging badly, at an angle. You have looked out of the window at the mizzle and thought about the heatwaves, floods and wildfires devastating distant cities, and felt that dark, undigested haggisey feeling in your gut, and decided to assign the feeling to your disappointment at not having had the chance to wear the strappy dress you bought in June rather than to, well…

You have considered the Mound. The Marble Arch Mound, part of Westminster Council’s plan to draw people back to the city after all that pandemic fuss had died down. The Dutch firm that designed it posted a tweet in February painting a poetic picture of its intention: “It’s August 2021. You met some friends on Oxford Street to buy new sunglasses; now you’re together on top of the new Marble Arch Hill, looking out for the sunniest spot in Hyde Park, where you will share a drink later. At this height, you feel a light breeze on your skin…” Except, August arrived and with it a small £2m hill with patches of dirt, held up with rickety scaffolding and the hoots of disgruntled Londoners asking for their £4.50 entrance fee back. With each day that passes, the Mound becomes a different metaphor for your puddling summer.

You took a break from social media. Half because of the God-awful, simply terrible, deeply bad responses to the unravelling situation in Afghanistan, including gender-critical takes on the plight of Afghan women (lordy), but also half because the news that Nando’s has had to shut shops because Brexit meant it ran out of chicken made you… well up.

You Googled “lockdown PTSD” one long afternoon, when the school holidays had started to take on the flavour of those early pandemic weeks soon after schools had closed, when children were bouncing like anxious fleas from feeling to feeling. Time is spread like cold butter over these long summer days, and you find yourself saying words like “crafting” in a high-pitched voice, and praying for the bony touch of September.

You have gone out, out after a year inside with the same yellowing plants and the same reddening family. You’ve put on a ritzy top and a jazzy lip, and trotted into town. You were moved by the care with which a waiter placed the bowl of pasta down in front of you, and inappropriately enthusiastic to a taxi driver, and then the next day, the guilt came. You have scrabbled for a lateral flow test, and blown your nose. This wasn’t your typical hangover, this was an existential thickening, the worry that by choosing to go on last night’s merry little jaunt you might have set off a series of airborne events that will result in somebody’s death. You have come to terms with carrying this guilt around with you like a big bottle of water, spilling a bit more with every stumble.

On a single night you watched an entire reality series, and you keep finding opinions stuck between your teeth like poppy seeds. My Unorthodox Life is the latest piece of pop-culture that focuses on orthodox Judaism (후 Unorthodox 과 Shtisel), a show in the Kardashian mould about the Haart family – we meet them after the matriarch, Julia, has pulled her children out of their ultra-orthodox Jewish community and moved to Manhattan, where she’s now a millionaire CEO and wears for eg, a tiny romper suit to pick up pastries from the kosher supermarket. You watched her preach her new religion, capitalism, as you ate Skittles, and as she insisted that wearing sexy clothes is a sign of liberation, and you kept thinking about what freedom looks like.