How to become an outstanding actor: tips from Kenneth Rea, teacher to the stars 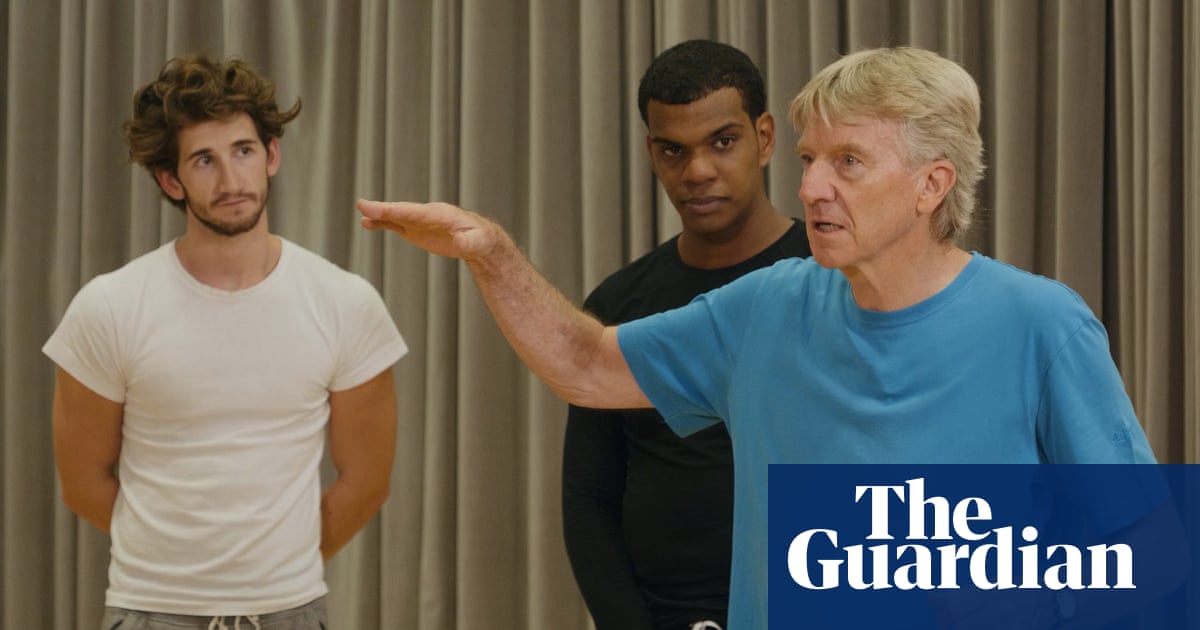 Ťhere’s a famous yarn about Laurence Olivier leaving the stage in anguish after a barnstorming performance. Don’t you know you were brilliant, asked a colleague. 当然, said Olivier – “but I don’t know why”.

Defining the core of outstanding performance and learning how to pass it on – it’s a slippery quest to which New Zealand-born acting teacher Kenneth Rea has devoted more than 40 年. “In the 1980s some people began to become exceptionally successful,” says Rea, speaking from the studio in his London garden, “and what fascinated me was, what were those people doing that the rest were not? What is this secret quality, and can I find the crucial exercises that will produce that?” He learned from revelatory teachers in Japan and China, and gradually distilled it down to seven key qualities. “There’s no easy recipe for how to become an outstanding actor – but this is the nearest they can get.”

Originally an actor, he was also an occasional Guardian contributor, beginning with a piece about visiting China towards the end of the Cultural Revolution: “a half-page feature!” Rea’s book The Outstanding Actor, now available in a new edition, includes interviews with actors who have passed through his classes at the Guildhall School of Music and Drama including Lesley Sharp, Damian Lewis and Paapa Essiedu, electric as the RSC’s Hamlet and in Michaela Coel’s I May Destroy You. Essiedu tells me that as a student he didn’t have a huge amount of confidence or experience. “Ken drills down to the person. It’s about the way you frame your life – one of his big things is to hold on tightly and let go lightly. I was always excited for his lessons.”

Several of Rea’s key qualities make immediate sense, such as grit and enthusiasm. They earned Essiedu his first break when, having devotedly over-prepared while understudying in King Lear at the National Theatre, he could step in during a press night emergency.

But other qualities seem more general – tools for life, whatever your field. “I read a lot of self-improvement books,” Rea says. “One day I ended up with an extra class and thought: wouldn’t it be great to have a course of all the things I wish I knew when I was 20, that would have helped me?” The result was his Guildhall course in life skills. “A lot of it is about positive thinking, setting goals. Putting all this together to give people more control of their lives.” Actors constantly expose themselves to rejection; if their confidence takes a knock, low esteem may dog their auditions. Rea hopes to help people to “formulate goals and keep focused on them. You know where you’re going and have the confidence to get there.”

Rea also urges presence and charisma; it’s startling to hear someone sound so intimate with seemingly abstract qualities. “He’s obsessed with the intangible,” Essiedu confirms, “which is refreshing. The way we’re educated, in this country at least, is so rigid. He’s got a real obsession with what happens in the cracks and gaps in between, the things you can’t explain.” Accompanying the necessary “craft training” on voice and body, Essiedu says Rea taps into “individuality – what makes everybody tick and bringing it out”.

“Everything comes from the values,” Rea confirms. “Warmth, generosity of spirit, enthusiasm.” He asks students to access their childhood playfulness and park self-consciousness. “Forget about yourself, concentrate on what you’re doing to the other actor and the audience. Make it about them, not about you.” One favourite exercise exemplifies this. “I ask people to do a speech. Be acutely aware of how you’re coming across, try to be as impressive as you can. Do it again: forget about yourself and try to change the other person in some way, constantly watching how they’re responding. In the first one, the eyes are dead, it’s a ‘performance’. The second one, you can see what they’re thinking. It comes to life.”

I still wonder how you teach charisma. Surely you either have it or you don’t? “I don’t think there’s an objective charisma,” Essiedu says, “but certain people can bring it out of you. It’s craft, experience, curiosity, vulnerability – all of those things put together in a way that makes it magnetic.” Rea believes that real-life wallflowers often shine brightly on stage – and, Essiedu adds, the reverse is also true. “Particularly if someone believes their own hype or loves themselves a little bit, it can provoke an allergic reaction to watch them.”

When Rea visits former students backstage, they’ll often ask: “Ken, was I dangerous?” Risk and danger are his most cherished qualities. Once a strenuous young actor himself (“I thought throwing myself about the stage was amazingly intense acting. All I got were some bruises”), he knows it isn’t about bellowing or hurling things. “It takes all your life to find the end point – a stillness that is full of life and energy and holds the attention.”

He’s filmed several exercises, and has taken his spiel to the screen during recent months, including for corporate clients. “That’s taken off in lockdown. They all want charisma and gravitas, asking: how can we be more effective in Zoom meetings?” He worries that actors won’t feel “match-fit” after long months of underwork, but he’s ready to help. “I still don’t have all the answers. The measure of my success is the degree to which I can make other people successful – that’s all it is.” 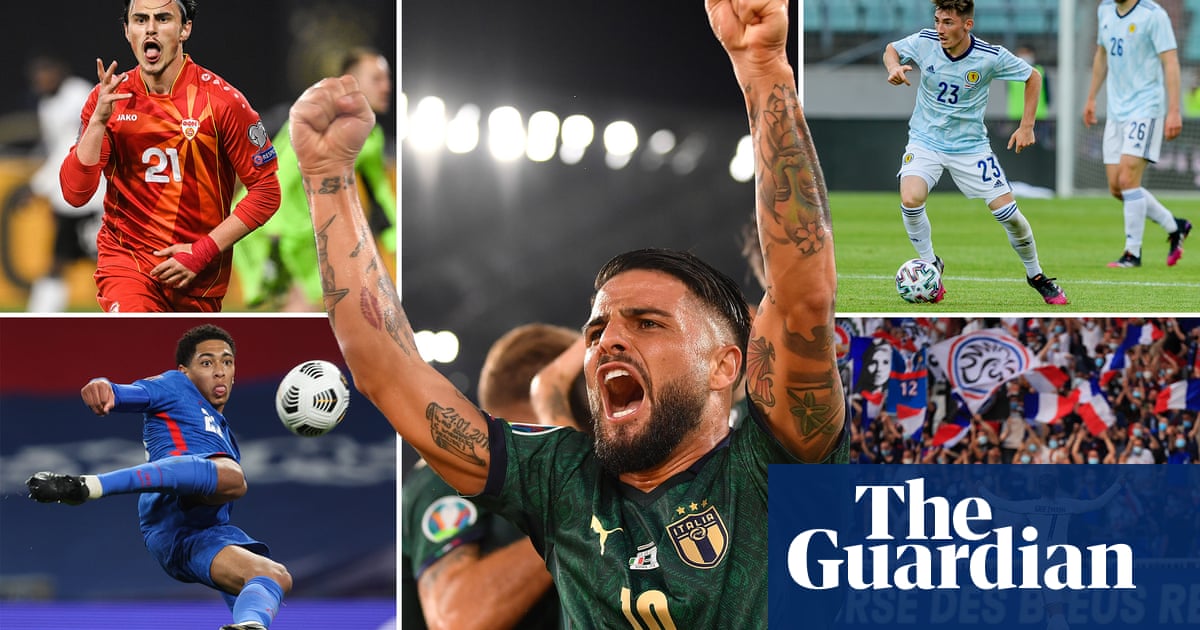 欧元 2020: our writers predict the winners, losers and breakout stars

Nick Ames France and England, although that eventuality may depend on the latter winning their group and navigating a fiendish last-16 tie against Germany or Portugal. Paul Doyle France to beat Portugal in a reversal... 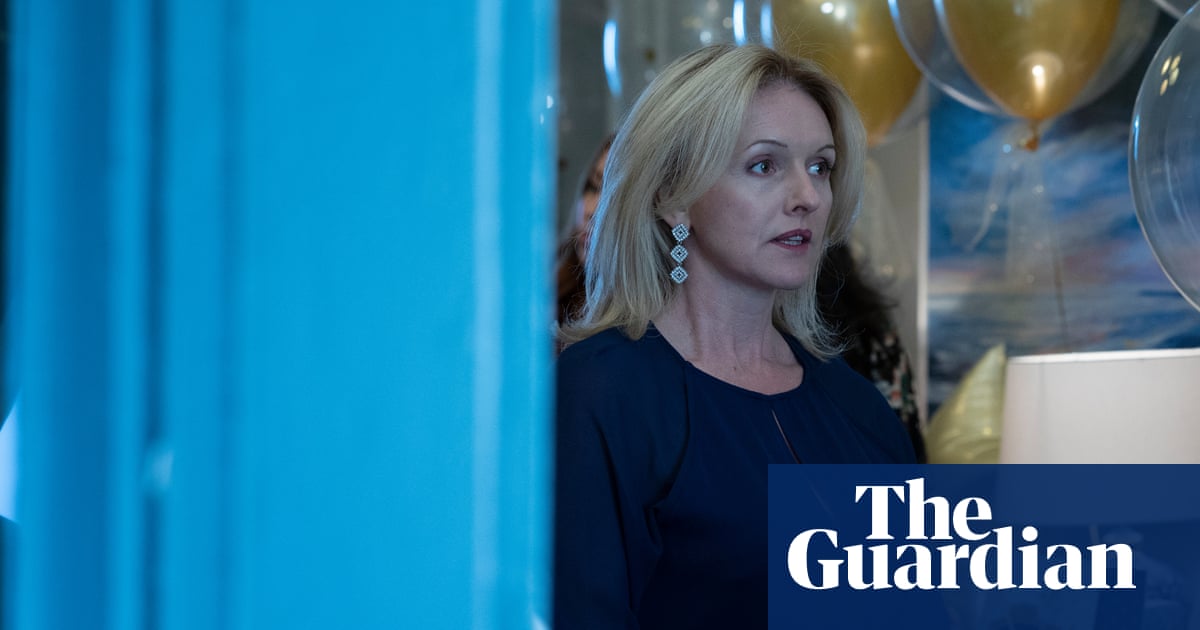 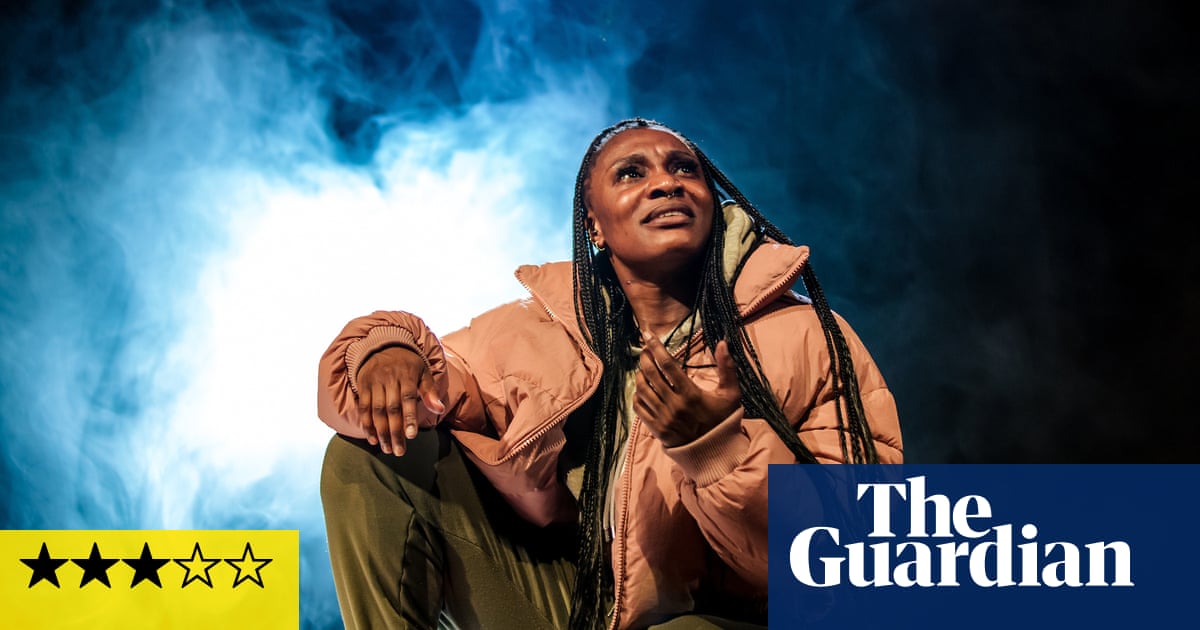 The Sun, the Moon, and the Stars review – grief, loss, fury: the legacy of a race hate crime

The Sun, the Moon, and the Stars has a tragically familiar story of race hate at its centre: 一个黑人, Seun, has been beaten to death in an unprovoked attack on the streets of London. His white assailants are in co... 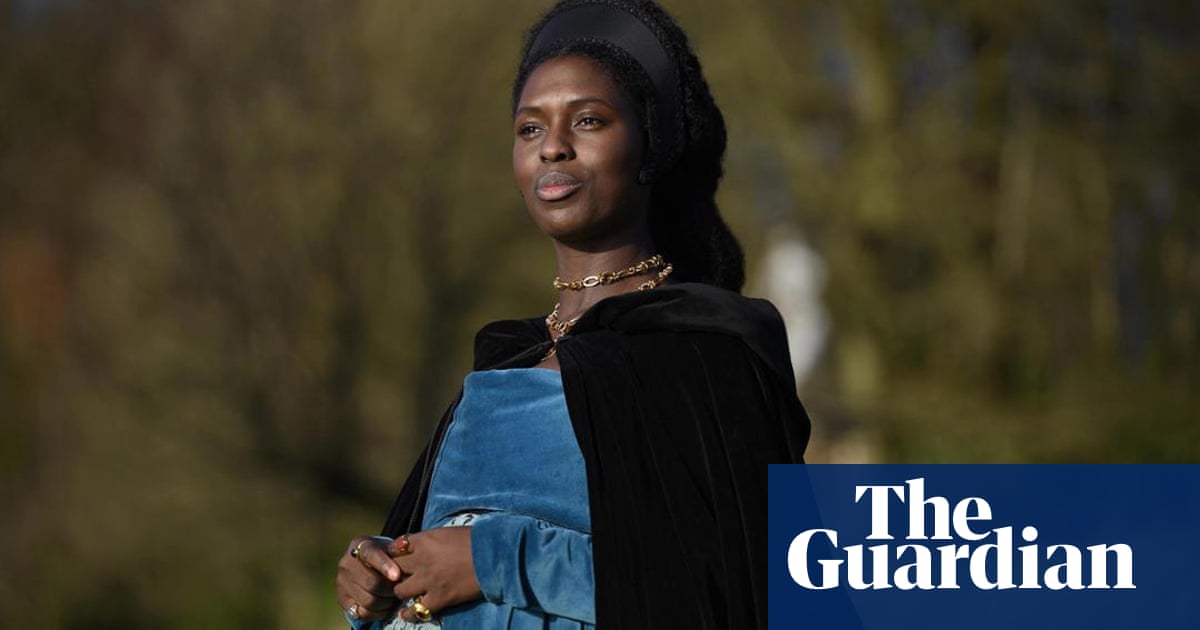 Jodie Turner-Smith stars in this new take on the familiar tale of Henry VIII’s beheaded second wife. A three-part psychological thriller recounting the panic-filled final months of her life, it is showing nightly unt... 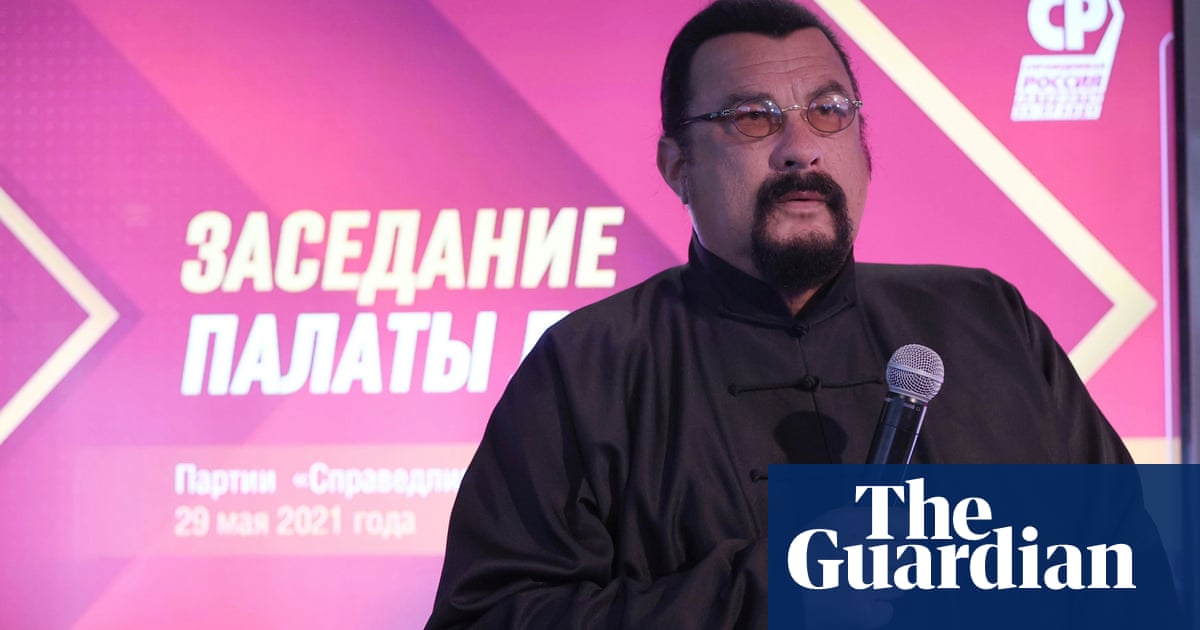 Hollywood actor Steven Seagal, a long-time admirer of Russian president Vladimir Putin, has joined a pro-Kremlin party, the the party said on Sunday. Seagal received a membership card of an alliance named A Just Russi... 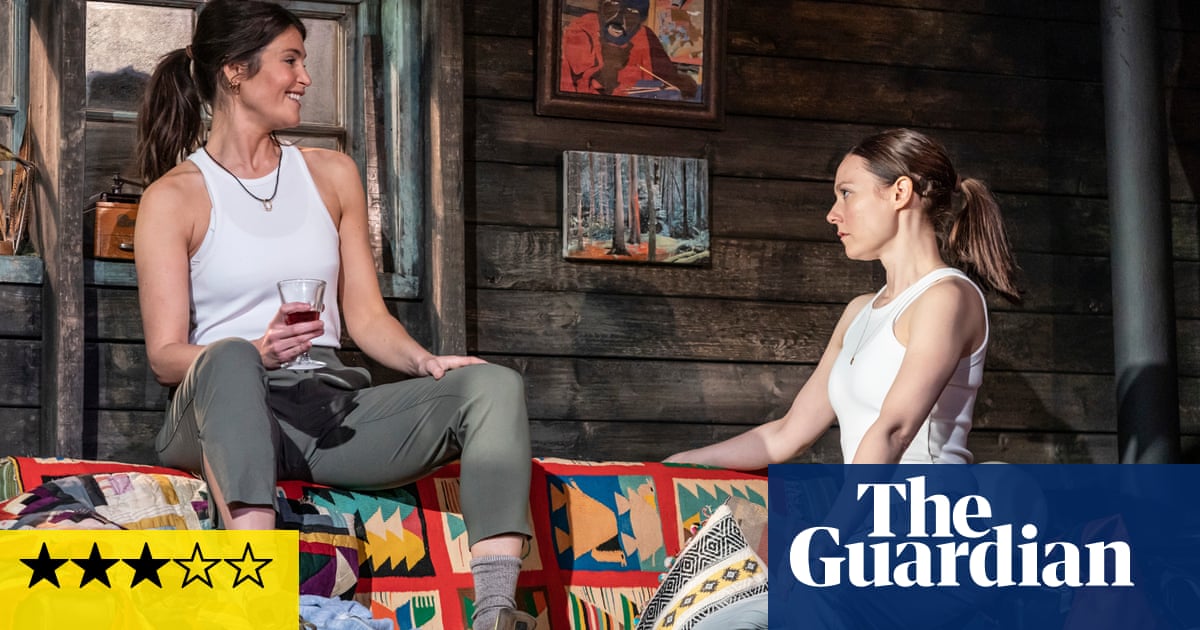 Twin sisters with a fractious history are planning a reunion at the start of Amy Berryman’s play. “We have to act happy,” says Stella to her fiance before her twin has arrived, and the anxious statement prepares us fo...