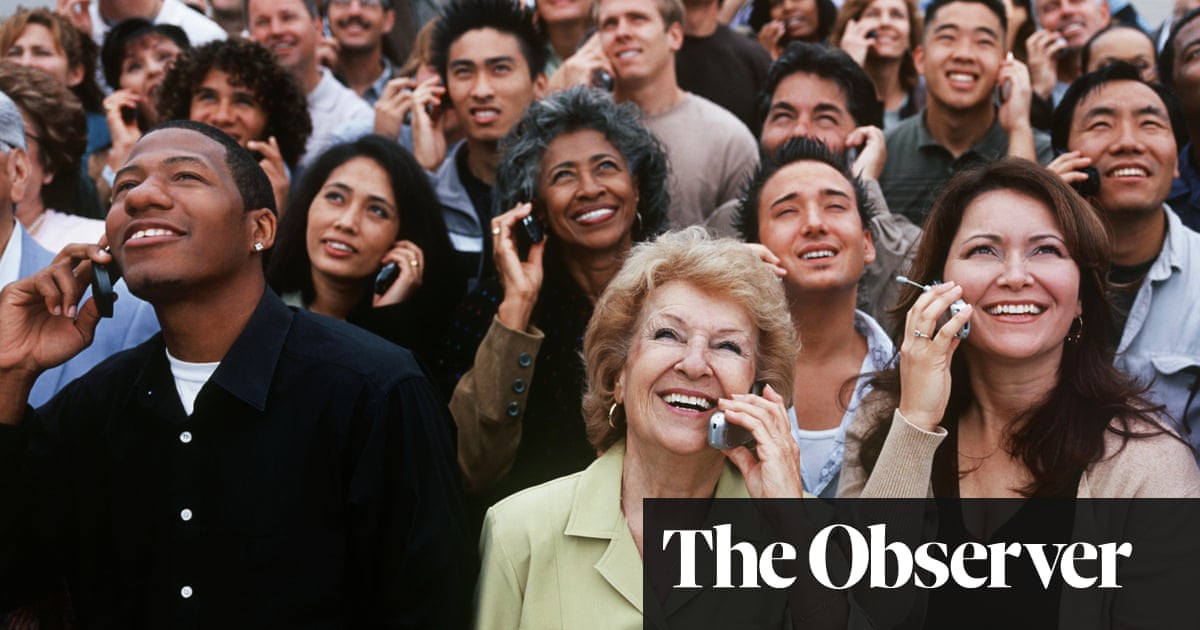 ion her new memoir, I Came All This Way to Meet You, the American novelist Jami Attenberg describes meeting a man who is not on any social media at all, and who therefore has no idea what it’s like to receive a like or retweet. Attenberg considers this state wildly unusual, not to say bizarre; she’s all over Instagram and the rest. But her amazement is tempered with what sounds like envy. “You goddam beautiful unicorn,” she writes of him. “What’s that like, being entirely self-validating? What’s it like to wake up every day and not worry what anyone else thinks?"

As it happens, I’ve spent the past 18 years of my life with just such a unicorn, though the man I’m talking about is – or was – an even rarer beast than hers. Così, a guy isn’t on social media. So what? Lots of people aren’t. Facebook is for dinosaurs. The more important fact by far when it comes to my mythical creature is that, until three weeks ago, he did not, in a Britain in which around 87% of adults own a smartphone, even have a mobile. Not only had he never used social media, he had never sent, let alone received, a text. The exquisite torture that comes of WhatsApp and its blue ticks was entirely unknown to him, a man whose body is very far indeed from being hard-wired to respond to alerts. Nothing pinged in his pocket as he strolled along. When he was lost, he had to ask a stranger, not Google Maps. When he was out late, he had to rely on his legs, not an Uber. Calls? You’d be surprised. The last time he needed urgently to contact me while out and about, he walked into a hotel bar and, drawing on all of his great David Niven-like urbanity, casually asked a waiter if he might “use your telephone for a moment”.

Unsurprisingly, friends and strangers alike professed themselves astonished by this refusal to get with the programme (I mean the programme that involves being available 24 hours a day, seven days a week), their manner hovering between amusement and exasperation. Do you, people would ask sarcastically, still recite your number when you answer your landline? But I always found irritation the more interesting response, suggestive as it was of feelings of exclusion and hurt (“Don’t you want me to call you?"). A volte, it bordered on anger, a low-level rage that might possibly – I’m only guessing – have been connected to a sense of unfairness. While T had escaped the constant hassle, the stress and the surveillance, they had not, and never would. (Not that they would ever admit to this. Far too much – their entire existence! – was, è, at stake for that.)

What about me, anche se? At some point, eyes would inevitably glide in my direction. Wasn’t I the long-suffering one! How did I cope? I’d be lying if I said it wasn’t sometimes annoying. A couple of months ago, I left a party before him only to find that I didn’t have my keys with me; I had to wait on the doorstep for an hour. I used to roll my eyes if he asked to use my phone, not least because I would then have to explain how to use it. “Useful, aren’t they?” I’d say, jaw clenched. Ma, like Attenberg, I was admiring, pure. Such a refusal spoke of confidence and ease; in his stubbornness, he reminded me usefully of a past in which we all survived perfectly well without being contactable at any moment. His phone-less state also, credo, helped to maintain the privacy that is vital for peaceable coupledom. Even if I wanted to check up on him, I couldn’t, and he, a sua volta, had no interest in my phone because, bene, phones were not something he cared about. I watched others being pestered by – or pestering – those closest to them and found that I was relieved to have been exempted from this regime, however unwillingly at first.

But the biggest benefit of all was undoubtedly to him – and this is where envy sets in. All that extra time! When people asked how he managed to write so much – in the first lockdown, while I stared at my tiny screen, he began, and finished, his recent memoir – the answer was blindingly obvious. Unlike the rest of the world, he never wasted a single moment wondering why someone hadn’t answered his last message; nor did he indulge in doom or any other kind of scrolling. For his time to be his own, he required so little discipline. His in-between times were calm and quiet, to be used for good things like reading or listening to music. Mine were – they still are – punctuated by incoming fire I’m seemingly forbidden to ignore (“Didn’t you vedere my email?"). My phone has the capacity to make me deeply unhappy.

But as you’ll have noticed, this piece is written in the past tense. At Christmas, T asked me to give him a phone and this I duly did, sneaking it into his stocking so as not to make too big a deal of it. What had penetrated his defences? I had told him a hundred times – usually as I printed out yet another boarding pass – that he was in danger of becoming disenfranchised in a world where the phone is the key to everything, and yet still he would not crack. Alla fine, there were two things. Primo, his beloved iPod was obsolete; he wanted to be able to use Spotify while he was running. Secondo, there was Covid, which requires so much paperwork, all of which is best kept on a mobile phone.

Outwardly, I was triumphant. “It’s for the best,” I said, in the level voice I reserve for these situations. But inwardly, something else was going on. My goddam beautiful unicorn was about to disappear. When the Christmas post went to pot, and not one but two sim cards went missing, and the shiny new phone could not be used, there was no ignoring it: relief rose inside me. A stay of execution for us both. Soon after this, the sim having finally arrived, there came a moment when I found him in an armchair, AirPods in his ears, utterly absorbed in the black rectangle in his hand. For how much longer would he remain a free man? Never such innocence again, ho pensato, mournfully.

But there is hope. Having spent all of his adult life phone-less, some rules have been set; some habits are hard to break. T is not your typical phone user, and perhaps he never will be. Only me and his sister have his number, and I’m forbidden to give it out to anyone else. The other night, a friend begged for it – the phone is the talk of our circle; everyone wants to be the first to break the long silence/ruin his life – and thumb screws having been applied, I relented. The friend sent a text, but there came no answer – not then, or for the rest of the evening. “It’s probably switched off,” I said. "Che cosa?” said the friend. “No one switches their phone off.”

Hmm. When I got home, I inquired after the text that had been sent. Had T received it? He proffered his phone, showing me his reply, sent the following morning. “Automated message,” it read. “This number is no longer available.” It was very convincing; he’d added dashes to the words “automated message”, and somehow this made it look official. “I feel a bit guilty," Egli ha detto, shoving it in his pocket. But his face, which wore a smile, told a different story – of a phone that is not quite a phone. Or not yet.

People were often incredulous that I’d never had a mobile. They talked to me about it as if I were missing a limb or afflicted with a serious illness. But it truly wasn’t that difficult to live without one. Thirty years ago nearly everybody did, and life was fine.

Perché, anche se? I suppose because I never wanted one. Da fuori, looking in, I noticed the way mobiles changed everyday behaviour. Insidiously, the sleek pocket devil became what a pack of cigarettes was to a previous generation: something to occupy your hand, hugely antisocial, bad for your health.

At some point it became acceptable to interrupt a conversation by raising a finger and saying, “I just need to take this”; to place your phone on a dinner table and check your incoming, surreptitiously or not; to stalk along a pavement, head down, eyes absorbed by your screen (così io have to step out of the way for tu?). I travel mostly by bus, which used to be a good place to daydream, to mooch, to worry about the next chapter of my book. Solitary mooching must be a cornerstone of any civilised society. Alas, the upstairs deck is now a bedlam of jabberers, droners, performative monologuists.

The dream was over after the pandemic. It no longer felt viable – or fair to Rachel – to have someone nannying me with NHS apps and Covid passes on a phone that wasn’t mine. It’s not all bad. No more trouble over entry at galleries, theatres, football stadiums. And I have Spotify when I go for a run – genius. For the rest, anche se, I’m hoping to maintain a low block on access. I don’t intend to give out my number. Email is the saviour. Honestly, I love my friends! I just don’t want them to call me – ever.

Anthony Quinn’s most recent book is Klopp: My Liverpool Romance (Faber); his novel Londra, Burning è out in paperback next month (Abacus)

I have been married to my husband for nearly four years. egli è 34 and I am 33, with no children. We have had problems with our sex life in the past, as I’ve wanted it more than my husband. We have had blazing rows abo... 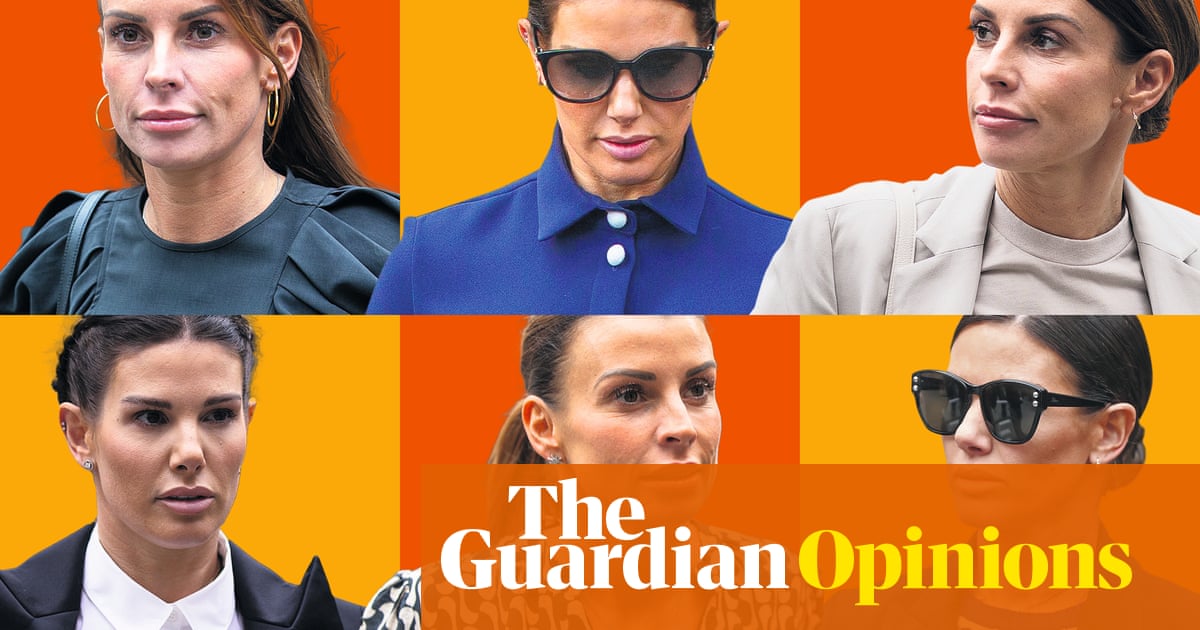