’Tis the season to be reading everything into the first ball of an Ashes series, while an army of memers awaits on Twitter. So, pity the poor soul thrown the scarlet Kookaburra at Brisbane on Wednesday morning: may his sinews be stiffened and his radar strong. Here are three memorable first balls from previous Ashes series which proved prophetic, at least in parts.

Put “Steve Harmison wide” into Google and you get 5,090,000 results. Not bad for a ball bowled 15 jare terug, and which lasted less than six seconds from the lummoxing start of the runup to arriving into the surprised hands of the England captain Andrew Flintoff at second slip.

Die 2006-07 Ashes series had come hot on the heels of the triumph of 2005 – the summer England’s cricket’s cup spilleth over – before the game promptly disappeared behind the iron curtain of satellite television. In die 15 months that followed, Flintoff became a superstar and Simon Jones a model, while Glenn McGrath warmed up for the summer’s fun by once again predicting a 5-0 triumph for the baggy green “Dad’s Army”. Die Sydney Morning Herald proclaimed it “the most eagerly anticipated Ashes series ever”, while Richie Benaud said he’d never known so much anticipation for a sporting event in his lifetime, and tickets flew from the box offices like droplets from a shaking damp dog. In hindsight, this was lucky for Cricket Australia, as the cricket was as utterly one-sided as McGrath had predicted. It was the worst result for England since JWHT Douglas’s side limped over the other side of the world, carrying the after effects of the first world war in their kit bags. Harmison’s first ball was a stinker, and happened to be representative of everything that was to follow – in the words of Wisden “the gold reverted to lead”.

The following March, Harmison spoke to the Daily Mail: “I can’t think of a worse ball to bowl than that. In werklikheid, I can’t remember ever bowling a ball as bad as that. I guess it set the tone. After the first over I went down to field on the boundary and was subjected to a barrage of abuse from the Australian fans. I’ve no idea what was said, wel, because my mind was a complete blur. It was my worst nightmare.”

Philip DeFreitas wasn’t supposed to be the strike bowler for the Ashes series, but Devon Malcom had fallen ill with chickenpox so the job fell to him. Nor was he supposed to be bowling from the Stanley Street end – but Mike Gatting, vir een, had sniffed the air and sensed a change in the wind direction.

Wind billowing his baggy whites, in DeFreitas sprinted, huge wristwatch on his left arm. The ball was a bit short, a lot wide, and Michael Slater leaned on to the back foot and square cut it through point for four, following up with an ease through the gap in the slips to make it two boundaries in the opening over. With Martin McCague losing his radar at the other end, not helped by some village fielding, Australia knocked up 26 in the first four overs, 329 in the day, with Slater pocketing 176. The overall result wasn’t quite as disastrous as in 2006-07 but England, beset by injuries, verlore 3-1. Five players flew home crocked, four more picked up lesser strains, and six replacements were shoved on the plane for the journey down under. England looked a team in sepia, the Australians magnificent Technicolor.

England travelled to Australia for their first tour since Bodyline – but without Harold Larwood, who refused, and Douglas Jardine, who had withdrawn from first-class cricket. It was Don Bradman’s first series as captain, and all looked perky for him when the England opener Thomas Worthington was caught by Bert Oldfield from the very first ball of the series by Ernest McCormick. Engeland, egter, went on to win the game by 322 runs thanks to a fortuitous thunderstorm turning the wicket into a last-day sticky dog. They would go 2-0 ahead after the Sydney Test, only to ultimately lose the series 3-2. Poor Worthington only played two more matches, averaging 12.33, and was described by Wisden as “dead out of luck throughout the trip”. 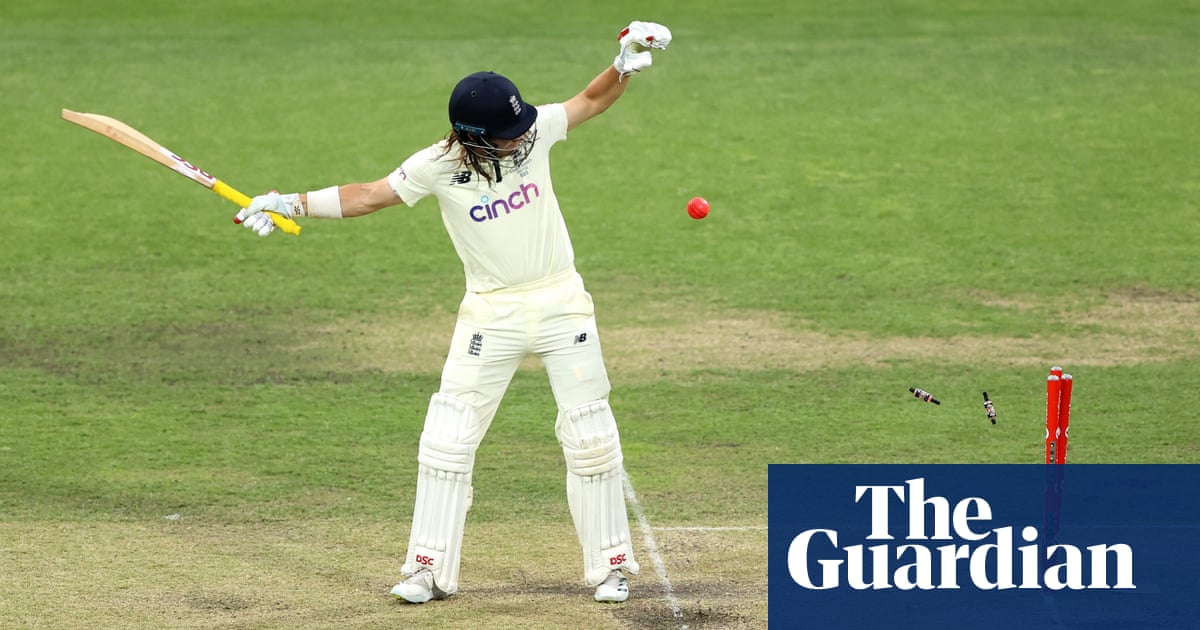