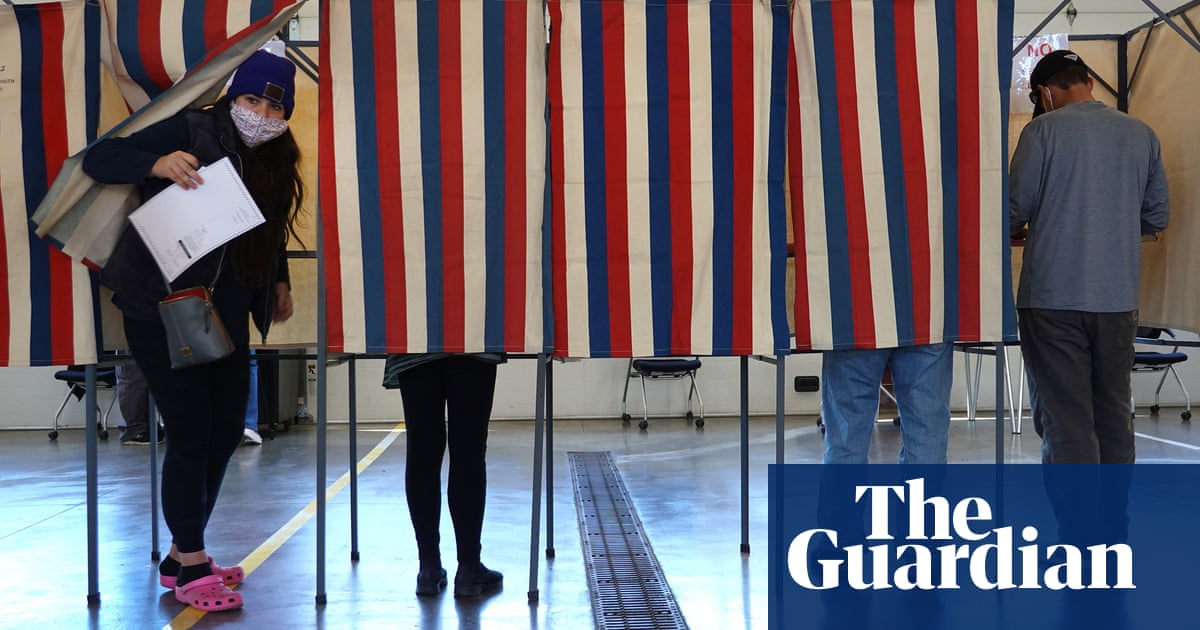 Over the last few months, an attack on democracy has slowly escalated in Wisconsin.

A group of Republicans in the state legislature, encouraged by Donald Trump, is pushing an illegal effort to undo the 2020 election. They want to rescind Wisconsin’s 10 electoral votes for Joe Biden – something that is not legally possible. The GOP-controlled state assembly appointed a special counsel to review the 2020 election, who has encouraged the decertification effort, embraced conspiracy theories, and produced a 136-page report filled with misleading information. He has also suggested jailing mayors of some of the largest cities and employees of the state elections commission for opposing his investigation. And like their counterparts in many other states, Wisconsin lawmakers have advanced a series of measures that would make it harder to vote.

But this fall, those promoting these anti-democratic measures are likely to face few, if any, consequences at the polls. Republicans will probably easily hold control of the Wisconsin legislature. It’s a result made possible by extreme partisan gerrymandering.

A decade ago, Republicans won control of the state legislature as part of a state-by-state national effort to win control of legislative bodies that control the redistricting process. They subsequently drew district lines that gave them a severe advantage for the next decade. The districts are so distorted that Republicans can hold a majority in the state assembly, the lower legislative chamber, even if they don’t win a majority of the statewide vote. For the past decade, Republicans have held nearly two-thirds of the seats in the assembly, including in 2018 when Democrats won the governor’s race and every other statewide office.

“The Wisconsin maps were very clearly among the most gerrymandered in the country last decade no matter what metric you pick,” said Chris Warshaw, a political science professor at George Washington University.

The remarkable Republican legislative advantage is even more notable because Wisconsin is just about as politically competitive as a state can be. It narrowly voted for Trump in 2016 before voting for Biden in 2020. Its Senate seats are split between Tammy Baldwin, a Democrat, and Ron Johnson, a far-right Republican. Voters elected Scott Walker, one of the most conservative Republicans in the country, three times before replacing him with Democrat Tony Evers in 2018.

“It’s a purple state, as purple as you get. The Republican party has managed to lock in a very large and durable majority in the state legislature that is unmovable,” said Barry Burden, director of the Elections Research Center at the University of Wisconsin – Madison.

That guaranteed control has enabled Republicans in the state legislature to pursue more extreme policies. When a legislative body is narrowly split and one party fears losing its majority, there’s pressure on the majority party “to be responsible and cohesive”, Burden said. Because of gerrymandering, that does not exist in the state assembly.

“Republicans in the assembly face really no risk of losing their majority. So the members are going in all kinds of different directions because they have the ability to do that,” he said.

While there’s intense scrutiny on congressional gerrymandering, many of the most extreme pieces of legislation, including unprecedented efforts to restrict abortion, voting, and what can be taught in public schools are being passed through state levels.

“The gerrymandering of the state legislative maps – it’s actually more important than even the congressional gerrymandering,” said David Pepper, a former chair of the Ohio Democratic party, who has written about the importance of state legislatures. “The heart of the attack on democracy is coming from states and they’re able to do it repeatedly because they themselves are in these sort of fortresses of statehouses where there’s no accountability.”

In the decade since the successful GOP effort to take control of state legislatures, voting rights groups and other reformers say there is now greater awareness than ever of gerrymandering – an issue that long went overlooked. Even so, getting people to look beyond congressional gerrymandering and at distortions for state legislative districts can be a challenge, said Suzanne Almedia, redistricting and representation counsel at Common Cause, a government watchdog group.

“Particularly, given the polarized nature of the US Congress, it’s a lot more straightforward to tell a story of Democrats versus Republicans on the national level than it is to think through the nuances of what happens on the state level,” she said. The policies that most directly affect people’s lives, she added – school funding, public health policy and voting rights among them – are all decided by state legislatures. One recent survey found that Republicans are more likely to identify state legislatures as an important forum for driving policy decisions.

Anti-gerrymandering reforms in places like Michigan, and aggressive efforts to use the courts to curb GOP gerrymandering, have made state legislative districts overall slightly less biased in favor of Republicans. Still, not many districts were competitive last decade and it doesn’t look like many will be for the next one, entrenching another decade of GOP-control.

Warshaw estimated 17.5% of state legislative districts would be competitive, compared with 18.5% on the old maps.

“Most of the plans are pretty uncompetitive and most are biased in favor of one of the two parties. So I don’t think we’re likely to see many state legislatures flip control over the next decade,” Warshaw said. “If you gerrymander a state legislature, that gives you the ability in the future to gerrymander Congress as well and it becomes a self-perpetuating cycle.”

In Wisconsin, Democrats had hoped they might break that cycle this year. Their victory in the 2018 gubernatorial race gave them a seat at the redistricting table because both the legislature and the governor must agree on a map. But after negotiations last year fell into a stalemate, the state supreme court, where Republicans have a 4-3 majority, took over.

In late November, the court gave Republicans a huge victory. It said that as a guiding principle it would adopt maps that made as little change as possible from the current ones, continuing the GOP advantage for the next decade.

Earlier this month, the state supreme court selected maps drawn by Evers, the Democratic governor, as the ones Wisconsin will use for the next decade. The maps are expected to increase the number of Democrats in the state legislature, but will still allow Republicans to keep majorities in both chambers. The Republicans had proposed maps that would have skewed representation even more dramatically to their advantage.

“It is going to be nearly impossible for Democrats to ever win back control of the Wisconsin state assembly,” said Amanda Litman, who runs the group Run for Something, which focuses on state legislative as well as other down-ballot races. “That in and of itself means that Republicans can have compounding interest in terms of power.”

Even so, Evers, the Wisconsin governor, said that the court ruling would move Wisconsin “in the right direction”.

“We’re hopeful that we will begin to narrow that gap enough that people on the other side of the aisle will feel more of a need to think through these major issues and hopefully the will of the people will start to be re-established,” he said. “But it’s difficult.”

That difficulty was on display on Wednesday. In what one expert called a “bizarre” ruling, the US supreme court threw out Evers’ legislative map and instructed the state supreme court to look again. 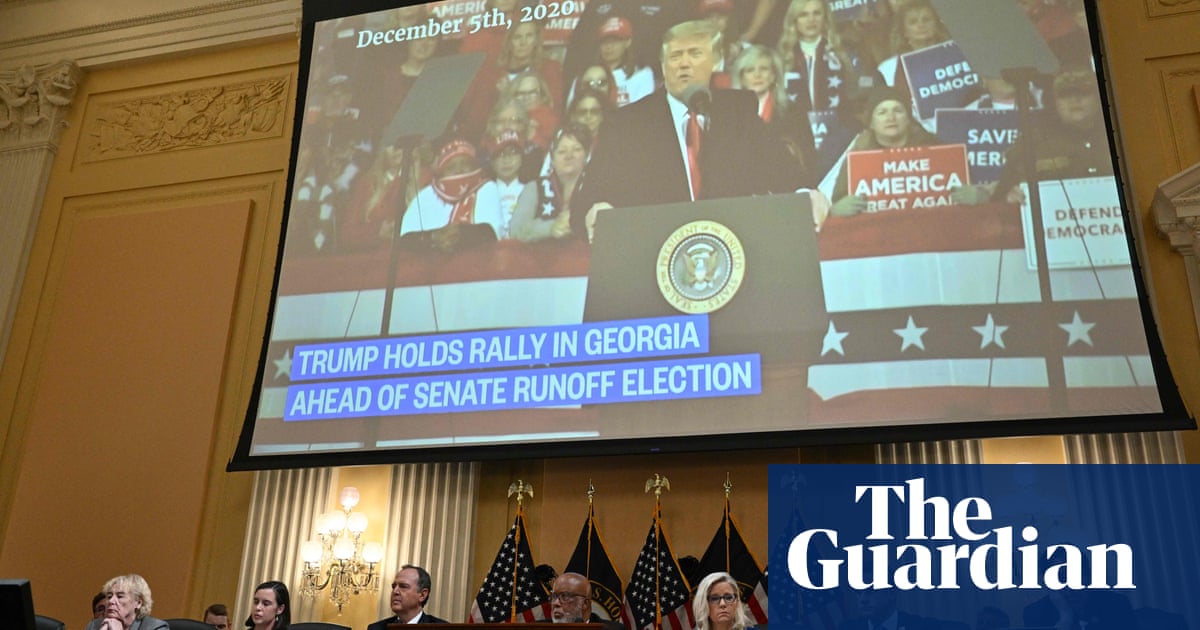