How far has Britain come on race in the 28 years since Stephen Lawrence was killed? 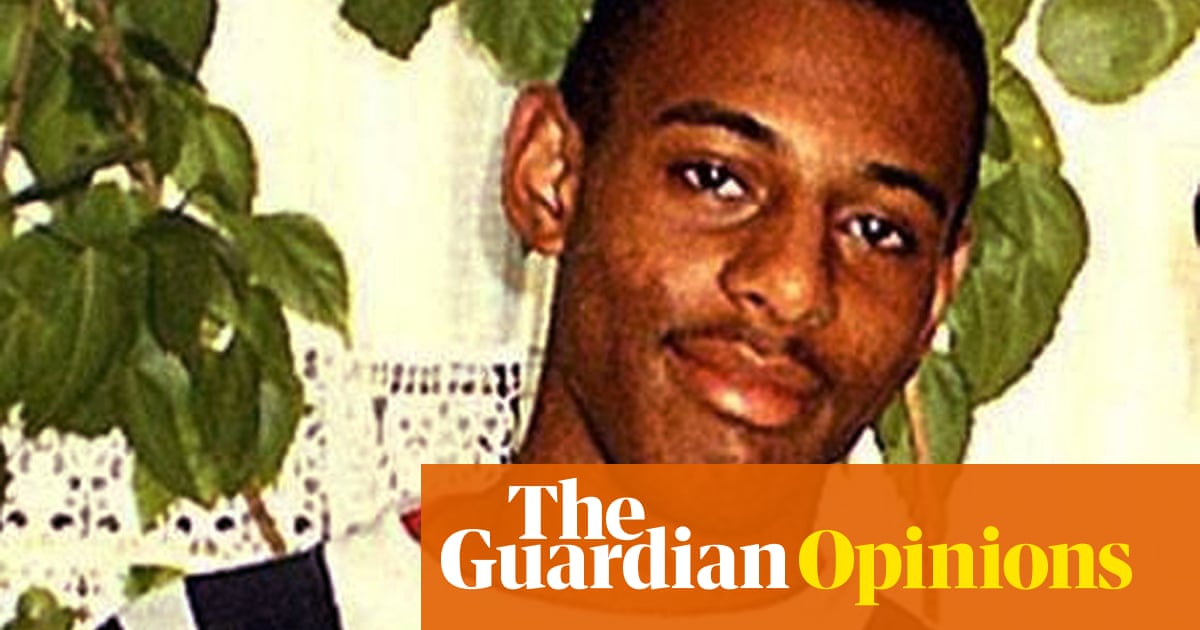 Stephen Lawrence Day is a good opportunity to consider the importance of the Macpherson inquiry. Twenty-eight years after Stephen died, it is also a good time to contemplate where British society goes from here in the fight for racial justice.

los Macpherson report had 70 recommendations. Desafortunadamente, some of those important recommendations have yet to be implemented. But the single most significant thing that the inquiry did was to label the official reaction to Stephen’s killing “institutionally racist”. Sir William Macpherson said that the Metropolitan police investigation had been undermined by “professional incompetence, institutional racism and a failure of leadership”.

It is important to remember what a seismic effect Macpherson’s use of the phrase had. Some of us, as campaigners against racism, had talked about the police and institutional racism for some time. It was one thing for black people to use the phrase but for a white, then 72-year-old former high court judge who lived in a Scottish castle to acknowledge institutional racism was quite extraordinary.

Macpherson did not start off as a believer in the concept. De hecho, some of us were sceptical that a pillar of the establishment was the right person to lead the inquiry. But he was persuaded by the evidence that he heard in the course of his inquiry. Hugh Muir, a Guardian journalist who covered the inquiry, described how Macpherson’s demeanour went from “scepticism to concern, to shock to incredulity”. And it was precisely because he was an establishment figure that his findings carried such weight.

Pero, if Macpherson’s acknowledgement of institutional racism was seismic, then this government’s attempt to deny institutional racism in the recent report by the Commission on Race and Ethnic Disparities, led by Dr Tony Sewell, was not just seismic but shocking. Many commentators have remarked how incoherent is the report. A UN working group has dicho: "En 2021 it is stunning to read a report on race and ethnicity that repackages racist tropes and stereotypes into fact, twisting data and misapplying statistics and studies into conclusory findings and ad hominem attacks on people of African descent.”

But this report was bound to be muddled. En la práctica, the conclusions were determined long before any investigation or research was done. El no 10 official behind it was the head of the policy unit, Munira Mirza. She has worked closely with Boris Johnson since he was mayor of London. And she has long been hostile to the idea of institutional racism, describing contemporary accusations of it, en 2017, as reflecting “more perception than reality". She has further complained about “a culture of grievance” among anti-racist campaigners. So the report ended up cherry-picking data from existing research to confirm its predetermined worldview. Como resultado, academics, including the world-renowned public health expert Sir Michael Marmot, were soon queuing up to say that they had not been properly consulted and their work was misrepresented.

Sewell’s reporte is a determined attempt to take the debate on race in this country back to a time before Macpherson. En aquel momento, black people who tried to talk about racism were routinely described as having “a chip on their shoulder”. En otras palabras, the problem lay with black people themselves, not with society or the institution that they were talking about.

Finalmente, there is no policy issue where a denial of institutional racism is more dangerous than education. The life chances of millions of black young people depend on education. The institutional factors that are behind black children not fulfilling their educational potential have been known for decades. Incluyen: the low number of black teachers, the curriculum, policy on exclusions, some teachers preconceptions, lack of support for black parental involvement, and the attitude of educationalists. But by downplaying the reality of institutional racism, the government relieves itself of the responsibility of doing anything about these things. The new all-party parliamentary group for race equality in education, of which I am chair, will be tackling all these issues in the coming months and years. The memory of Stephen Lawrence deserves no less.