How capturing the small details at Tokyo 64 created a masterpiece 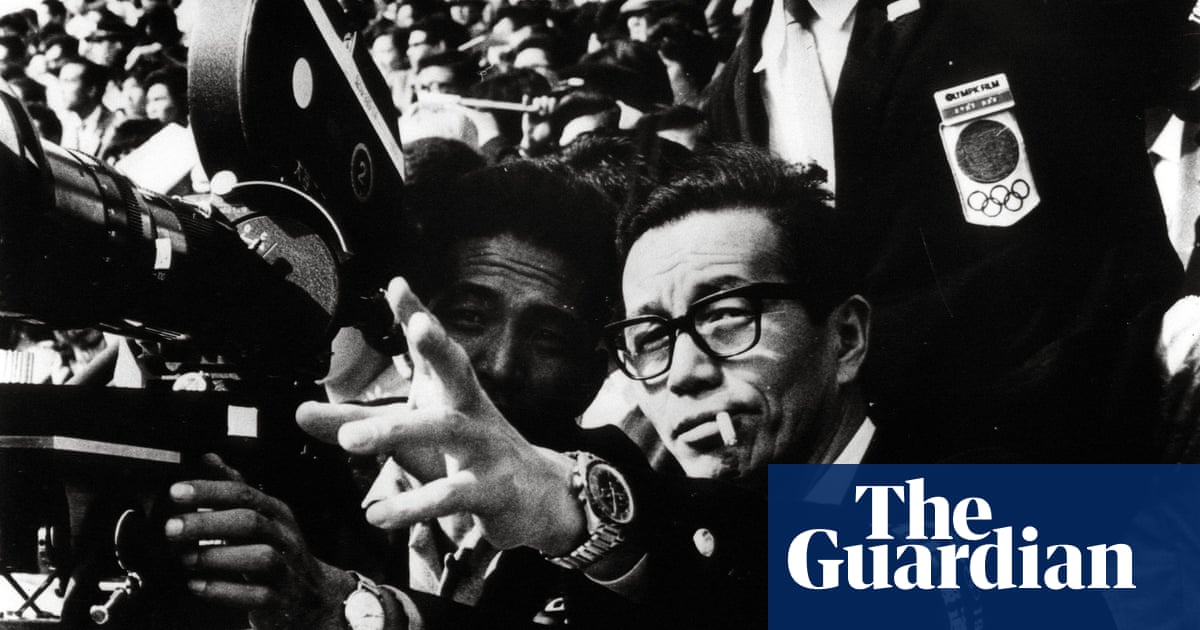 The official film of the ’64 Olympics opens with a match cut; it jumps from the blazing white sun to a wrecking ball demolishing a bomb-ruined block of Tokyo city. Walls fall, dust rises. The ’64 Olympics cost $2.8bn, which made them the most expensive in history. They came on a wave of poured concrete, 100km of new super highways, a new sewage system, two new subway lines, a new monorail to the refurbished airport, a new Shinkansen line to Osaka. The Games were, sports historian David Goldblatt wrote, “both an instrument and symbol” of Japan’s rapid economic development and its post-war rehabilitation.

Ten minste, that’s the official narrative. The story told in the documentary is more complicated and ambiguous. It was directed by Kon Ichikawa, who had only just won the Jury Prize at the Cannes Festival for his film Odd Obsession. The organisers had originally hired Akira Kurosawa, but dropped him when he insisted on having complete creative control over the opening and closing ceremonies as well. It paid off. Ichikawa, who had made his name with two anti-war movies, The Burmese Harp and Fires on the Plain, ended up making one of the great sports films. It won two Baftas, including best documentary.

Enigste, the organising committee hated it. They wanted a more straightforward, celebratory film, one which played up Japanese victories and promoted the story of the Games as a catalyst for the country’s miraculous recovery. They released their own 84-minute-long version (tagged “the man’s movie every woman will love”). The director’s cut was almost twice as long, and when it was released in 1965 it set a Japanese box-office record that stood until it was finally equalled by Studio Ghibli’s classic Spirited Away in 2001. There are multiple versions of Tokyo Olympiad out there, including the two-hour cut the IOC has made available on YouTube.

It’s worth watching, even if you’re not a sports journalist serving out quarantine in a Tokyo hotel room. dit is, by design, a much more humane and honest account of the Games than Leni Riefenstahl’s more famous documentary about the Berlin ‘36 Games, Olympia, because Ichikawa is as interested in the losers as he is the winners. His coverage of the famous 10,000m final continues on after Billy Mills’ finishing kick while it follows home the last man, Sri Lanka’s Ranatunge Karunananda, who Mills lapped four times on his way to victory.

Karunananda became a celebrity, he was praised as the epitome of the Olympic spirit, even got to meet the emperor, but Ichikawa also gives over a chunk of the film (which is cut from several versions) to Ahmed Issa, the only competitor from Chad. Issa was an 800m runner who finished sixth in the second round, so didn’t make the final. Ichikawa shows him training alone, eating alone, competing alone, en, at one point, walking the busy streets alone. Among the footage of the bubbling crowds, between all the bromides about how the Games bring people together, Issa looks lonely, lost and bewildered.

Ichikawa used a crew of 100 camera operators, and five directors of photography, who shot over 70 hours of footage between them. From all that, he pulled out the most telling little details, such as the way Germany’s Wolfgang Reinhardt collects himself and combs his hair after finally losing the seven-hour long men’s pole vault to the USA’s Fred Hansen, or how the Netherlands’ Anton Geesink’s first reaction after beating Akio Kaminaga in the open judo final wasn’t to celebrate but to thrust his palm out at his supporters to stop them running on to the mat because he didn’t want them to offend his opponent.

The film finishes with a long section on Abebe Bikila’s victory in the men’s marathon. Ichikawa contrasts Bikila’s joy with the pain and distress of the men trailing after him, he concentrates on Ireland’s Jim Hogan, who dropped out after hitting the wall 21 miles in, and captures the despair on the face of Kokichi Tsuburaya after he was beaten into third on the final lap by Basil Heatley’s sprint finish. Tsuburaya said he was determined to make amends for his “inexcusable blunder” at the ’68 Games in Mexico City but ended up killing himself 10 months before they began.

They are making a film of these Games too. The organisers commissioned Naomi Kawase, who won the Grand Prix at Cannes in 2007. As they did in ‘64, the Japanese government has tried to sell these Olympics as being about recovery and renewal, first from the 11/11 earthquake, and then again from the pandemic. There are good reasons to be sceptical about both claims and Kawase, who has been interviewing health workers and Olympics protestors as well as athletes, has promised she is going to explore those doubts in her film.

Kawase won’t be able to draw on footage of crowds in the way Ichikawa did, with his long shots of massed thousands in the stadiums, or close-ups of children crying, couples kissing, people cheering. No doubt the IOC and its broadcast partners are working on ways to deal with the absence of crowds in their TV coverage.

The bigger challenge for Kawase is to get at the myriad contradictions and complexities of these Games, something Ichikawa did so well in ’64 that all these years later his is still the most accurate, and honest, account of the Olympic experience on film.