Hopes rise for Ukraine talks, but experts doubt Russia will pull out 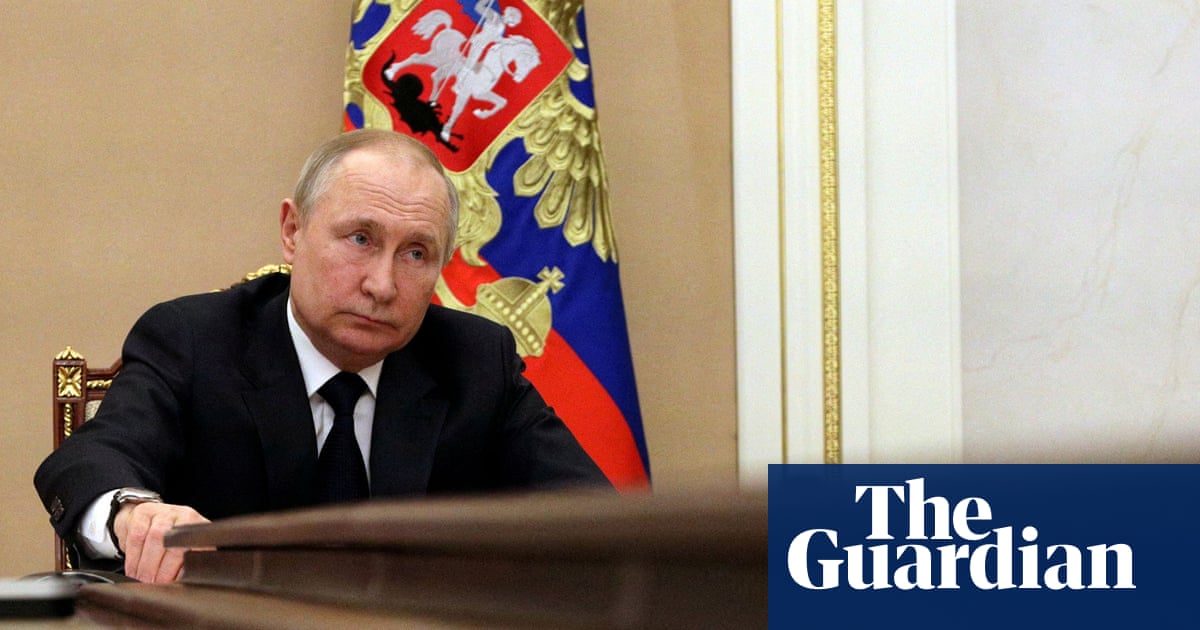 As Russia has pursued its war with Ukraine, it has held parallel negotiations with Kyiv ostensibly seeking a peace deal from its own invasion of a neighbouring country.

Those talks, which appeared to be a sideshow to the continuing war, received an unexpected boost on Wednesday as both sides indicated that discussions had yielded some progress.

The Ukrainian president, Volodymyr Zelenskiy, said that the Russians were sounding “more realistic”, while the Russian foreign minister, Sergei Lavrov, said they were “close to agreeing” acceptable terms for a future Ukrainian neutrality.

But any lasting peace depended on convincing the Kremlin it could not achieve victory on the battlefield, analysts said.

“Some chances are there but I’m pretty sceptical that a negotiated solution will be achieved in those talks,” said Alexander Gabuev, a senior fellow at the Carnegie Moscow Center. “Russia will not only seek leverage for the talks on the battleground but will seek victory on the battleground. If the more gentle – if you can call it that – tactics are not working, then Russia will just unleash all of their firepower. On Kyiv in particular.”

Putin gave a defiant speech to top officials on Wednesday in which he said Russia’s “special military operation” was going to plan and that Russia would achieve its goals in Ukraine and not bow to the west.

Using highly charged rhetoric, Putin likened the west to Nazi Germany by accusing it of launching an economic “blitzkrieg” against Russia in order to “demoralise our society, to bulldoze us”.

An information campaign launched against Russia in western media and on social media networks had “direct analogues to the antisemitic pogroms carried out by Nazis in Germany in the 1930s”, Putin said.

At home, he decried the “national traitors” and “fifth column” who had protested and spoken out against the war, signalling a further crackdown on the Russian opposition.

And in Ukraine, he said that Russia would achieve its goals of Kyiv’s “demilitarisation” and of a political purge that he has termed “denazification”.

It was a vintage performance from the Russian leader that seemed to ignore his military’s early setbacks in the war, which had led to an apparent softening in the Russian negotiating position.

Ukraine’s staunch defence of key cities such as Kharkiv and Kyiv and mounting economic pressure from western sanctions have seen Russia tone down some of its most aggressive demands, including signals it would seek regime change in Ukraine.

Zelenskiy said in a video address on Wednesday: “All wars end in agreements … As I am told, the positions in the negotiations sound more realistic.

“However, time is still needed for the decisions to be in Ukraine’s interests.”

Elements of a potential agreement came into focus on Wednesday. A draft document first published by the Financial Times indicated that Russia would seek a Ukrainian declaration of “neutrality” and limits on the size of its army. The Ukrainian presidential adviser Mykhailo Podolyak said the draft only reflected Russian demands, saying that Ukraine wanted a ceasefire, Russian troop withdrawal, and legally binding security guarantees from Russian aggression.

While Russia has taken ground in southern Ukraine and is manoeuvring toward Kyiv, it was clearly expecting a shorter and less costly war. And those mounting costs on Russia, including some clear signs of queasiness inside the system, may influence a key decision-maker that a pause to the violence may be in his interest, if not a lasting settlement.

“Fundamentally, the space for an agreement is all in Vladimir Putin’s head,” said Sam Greene, a professor in Russian politics and director of the Russia Institute at King’s College London. “This isn’t the question of what Kyiv can offer to what would be acceptable to Moscow. It’s not a question of what the west can offer. It’s a question of what Putin can talk himself into accepting.”

Inspired by its early successes on the battlefield, Ukraine has also indicated that it will not capitulate to Russian demands.

The Ukrainians are saying that “the Russians understand they can’t achieve these objectives they set for themselves and we hear that, it gives us some optimism”, according to Orysia Lutsevych, the head of the Ukraine Forum in the Russia and Eurasia Programme at Chatham House. “Their positions are still very far from reaching an agreement.”

Some questions, such as the status of Russian-occupied Crimea and eastern Ukraine, could prove to be stumbling blocks in further negotiations. So could the Russian demands, repeated in an aggressive Putin speech on Wednesday, for Ukrainian “demilitarisation” and a political purge.

And Ukraine will want to have ironclad security guarantees, probably ensured by the west, as fears remain that Russia could use any ceasefire as an excuse to resupply its troops before continuing its onslaught.

Nonetheless, there is space for a deal on the Ukrainian side as well, as there is “a realistic understanding that we need to save the Ukrainian state, we need to make sure that Ukraine controls as much territory as possible”, said Lutsevych.

For now, analysts said they expected the talks could at most yield a temporary ceasefire or interim deal rather than any kind of lasting Russian withdrawal.

Nonetheless, there are worrying signs that Russia is planning to intensify its attacks and bombardments of cities to give it greater leverage in negotiations.

“Strategically in Ukraine, there is an understanding that as long as Putinism is the policy of the Russian Federation, we are all in a very fragile state and Ukraine is at existential risk,” said Lutsevych.