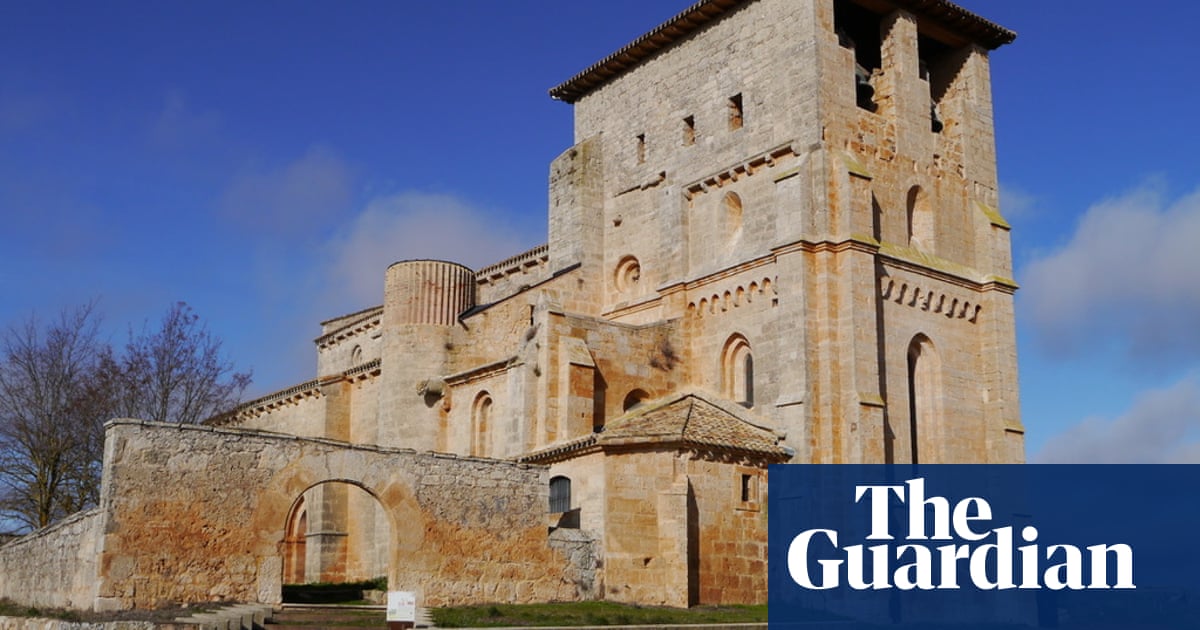 Not for nothing is the parish church of the Spanish village of Villamorón known as la catedral del páramo – the Cathedral of the Moorland.

For eight centuries, the church of Saint James the Apostle has held out in the northern wilds of Castilla y León, a Romanesque-creeping-into-Gothic treasure that sits beneath a low sky, amid endless fields and at the edge of a village that gave up the ghost almost 50 jare terug.

Around it, save for a handful of painstakingly renovated holiday homes, crouch the roofless, broken-backed houses whose gaping doorways and rotting beams offer a mute lesson in depopulation and demographic shifts.

Although the church stopped being a place of worship in the late 1970s, it could yet help reverse Villamorón’s decline.

A campaign group, the Friends of Villamorón, is working to undo the damage wreaked by decades of neglect, snow, rain, woodworm, owls and pigeons. It hopes the over €30,000 it raised in a recent crowdfunding appeal will go some way to restoring the church’s magnificent interior by repairing its crumbling choir and conserving the paintings that decorate the walls and ceiling.

The association’s president, Pedro Moreno, believes the church’s unusual and mysterious history could lure tourists, pilgrims from the nearby Camino de Santiago, and perhaps even the occasional permanent resident.

The building, begun in the mid-13th century, was measured out in French, rather than Castilian, voete, suggesting its designs came from the other side of the Pyrenees. Like some other churches in the region, Saint James’s is thought to have served as a model for churches built in Seville and Córdoba after King Ferdinand III’s successful reconquista campaigns in Andalucía.

“We’ve done some small repairs and bits of restoration, like replacing the sacristy floor, putting new doors on the towers and protecting the belltower from the damage done by pigeons,” says Moreno. “But we’re just a small association with very limited economic resources.”

While the group is hugely grateful for the €1m the regional government of Castilla y León has spent on shoring up the building’s exterior, it thinks further investment will allow the church to operate as a cultural centre where concerts, exhibitions and book launches can be held. That, in turn, will bring people and money into one of the emptier parts of a country that during the Franco era saw huge numbers of inhabitants desert rural areas to find work in the cities.

As Moreno notes, páramo can mean wasteland as well as moorland. “It’s not just called la catedral del páramo because of all the plains that surround it; it’s also in a demographic sense because there’s no one here now. The region as a whole offers a very clear illustration of what’s going on across inland Spain.”

The idea, hy sê, is also to “bring a little hope to what people have recently taken to calling the ‘hollowed-out Spain''.

His fellow volunteer Enrique Gutiérrez is equally smitten by the building and its transformative potential. He argues the church is too large and too exquisite to have served such a tiny community and that it may once have been connected to a small, now vanished, monastery on the Camino de Santiago.

“There isn’t another church like this that has stood untouched for 800 years – it’s just as the stonemasons left it,” Gutiérrez says. “You can see the transition from the Romanesque to the Gothic, and how smooth, elegant and harmonious it is.”

Besides, voeg hy by, pointing at the heavy machinery outside the parish house: “There’s a lot of land and there are houses that could be restored. It would be great to get people back here.”

Some are already drifting back. José María Bustillo, who was born in his great-grandparents’ house in the village in 1957, has renovated the property and now splits his time between it and his home in Barcelona. Others come for the summer, but he is the only official resident of the village he left with his parents when he was seven.

“We need capital here to revitalise the whole place, but that’s been done in other places not too far away, where they’ve set up a hotel and a restaurant,” Bustillo says. “I think that model could work here, ook. Things are very quiet around here – which is good – but it would be nice if there was a bit more life from March to September.”

Bustillo concedes it is a little harder in the village in winter, “but if you have decent heating you’re fine. And the internet isn’t bad.”

Moreno, who co-founded the Friends of Villamorón 18 jare terug, is practised, and patient, enough not to expect miracles. But neither he nor his fellow campaigners will allow the church to slip back into neglect.

“Quixotic is the right word when it comes to describing projects like this," hy sê. “We know how difficult they can be when we embark on them, but we still do it. And this isn’t just about restoring a building, no matter how beautiful. It’s about trying to take something that’s centuries old and giving it life, use – and a future.”