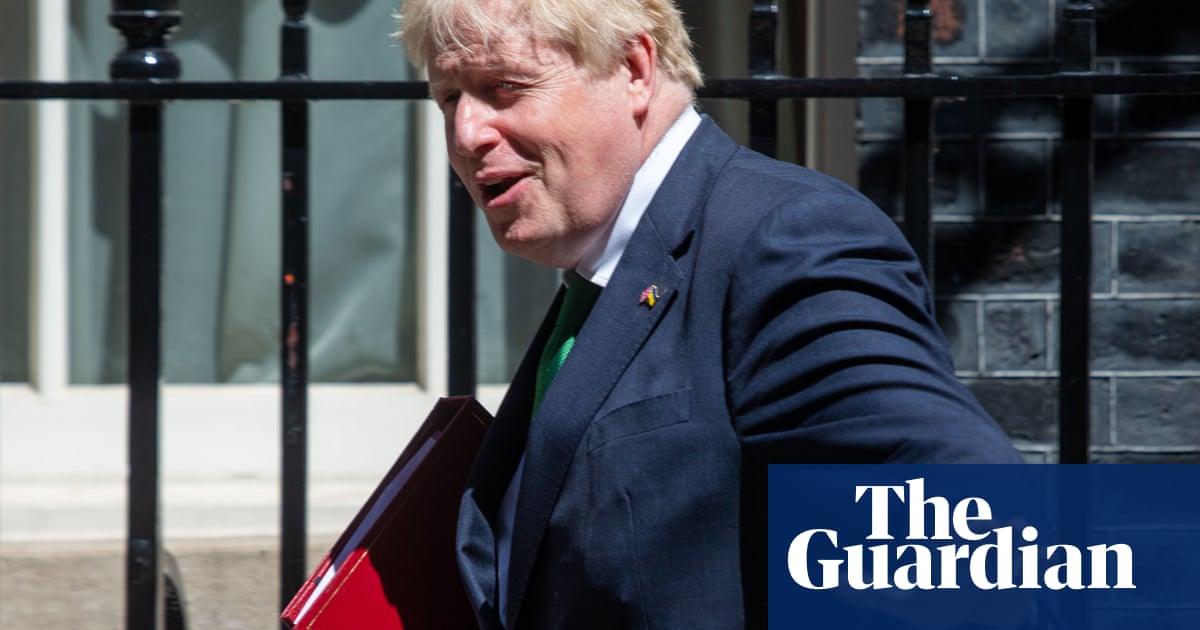 Whenever Boris Johnson feels the heat from his own party after a scandal or forced U-turn, the prime minister reaches for the “government reset” button in an effort to demonstrate some sharp responsiveness.

As he again tries to reboot No 10’s focus, this time with a speech on the economy and expanding home ownership, we take a look back at his previous attempts.

After criticism of his handling of the Covid pandemic, Johnson sought to crack on with delivering the programme promised just seven months earlier when he arrived in Downing Street with an 80-seat majority in the Commons.

Having come under fire for ordering a lockdown later than some advised, grappling to meet testing targets and failing to roll out personal protective equipment to care homes and hospitals, the prime minister tried to bring the focus back to “levelling up” and the economy.

He hailed a promised Roosevelt-esque “new deal”, with infrastructure improvements including hospitals, road and rail, school refurbishments and prison upgrades.

Johnson was forced to shake up his top team in Downing Street after the departure of his senior aides Dominic Cummings and Lee Cain.

Amid frustration from Conservative MPs at what they saw as No 10’s obstinance – including again ignoring calls for a lockdown until cases and deaths were soaring in the autumn – a new chief of staff, Dan Rosenfield, was brought in to “professionalise” the operation.

Having ridden high in the polls on the coat tails of the Covid vaccine rollout, Johnson’s administration was criticised for its handling of the chaotic withdrawal from Afghanistan.

With ministers and officials on holiday and unable to cope with calls for help from those fleeing Kabul as the Taliban swept through the country, Johnson demoted his foreign secretary, Dominic Raab, and sacked his education secretary, Gavin Williamson, for the exam results fiasco.

He also ordered a manifesto-breaking rise in national insurance.

A rocky few months lay ahead with one of the major sleaze scandals that came to engulf his premiership.

After trying to get Tory MP Owen Paterson off the hook after breaking lobbying rules, the prime minister gave a speech to the Confederation of British Industry that was intended to set out his “moral mission” and get levelling up back in the headlines.

However, his ramble about Peppa Pig World and a briefing to the BBC from a “senior Downing Street source” that Johnson’s performance was “shambolic” set hares running and led to the greatest outpouring yet from Tory MPs about concerns over his premiership.

Months later, when the Partygate scandal outrage was at its peek, Johnson sought to show his backbenchers he was in listening mode by conducting a mini reshuffle.

He cleared out some senior figures in Downing Street, including Rosenfield, but was thrown into a spin when his policy chief, Munira Mirza, quit over a distasteful claim about Keir Starmer and Jimmy Savile.

Talk of a reset bubbled up yet again in the aftermath of April’s local elections.

Having seen the loss of hundreds of council seats – much worse than many predicted – Johnson grappled with convincing his Conservative colleagues things really would change soon.

A refocused premiership would pursue all the “Operation Red Meat” policies promised earlier in the year, No 10 insiders briefed.