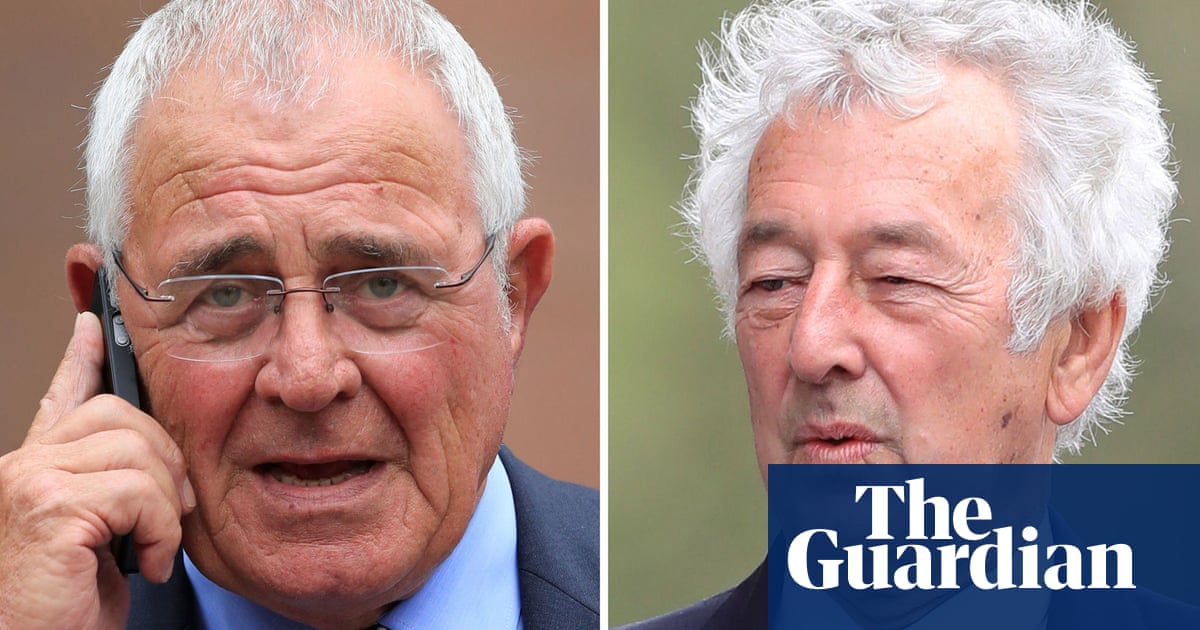 A judge has stopped the trial of two former South Yorkshire police officers and the force’s former solicitor, who had been charged with perverting the course of justice for amending police statements after the 1989 Hillsborough disaster.

Mr Justice William Davis ruled that there was no case for the defendants to answer because the altered police statements were prepared for the public inquiry into the disaster by Lord Justice Taylor. That was not a statutory public inquiry, at which evidence is given on oath, so it was not a “course of public justice”, which could be perverted by amending statements, Davis ruled.

Ninety-six men, women and children were killed in the lethal crush on the Leppings Lane terrace of Sheffield Wednesday’s Hillsborough football ground at the FA Cup semi-final between Liverpool and Nottingham Forest on 15 aprile 1989.

The acquittals bring to a conclusion 32 years of legal proceedings following the disaster. The bereaved families fought a 21-year campaign against the first inquest verdict of accidental death, reached in 1991, which followed the police campaign to blame supporters for the disaster. That inquest was finally quashed in 2012.

Peter Metcalf, 72, a former solicitor for South Yorkshire police, then Ch Supt Donald Denton, 83, and DCI Alan Foster, 74, were charged by the Crown Prosecution Service in 2017 with two counts each of perverting the course of justice. In the trial, quale began in Salford in front of Davis on 19 aprile, the prosecution, led by Sarah Whitehouse QC, alleged that the three defendants had changed the statements to “mask the failings” of the South Yorkshire police for the disaster.

Metcalf’s barrister, Jonathan Goldberg QC, referring to South Yorkshire police’s approach to the Taylor inquiry, in his opening speech, disse: “Like most big organisations, the instinctive reaction was to come out fighting and defend themselves against criticism.”

In a hearing on 21 Maggio, Goldberg argued there was no case to answer, and that Metcalf was entitled to remove whole “topics” of relevant evidence from police statements, because he had no legal duty to tell the whole truth to the Taylor inquiry.

In his ruling dismissing the case, Davis concluded: “The Taylor inquiry was not the course of public justice. Whatever the effect of [Metcalf’s] acts in relation to that process and whatever element of culpability there may have been on his part, it could not constitute the criminal offence with which he is charged.”

Davis rejected Whitehouse’s arguments that the changing of the statements may also have affected the criminal investigation into the disaster, coroner’s inquest and civil legal actions, ruling: “So it is that I have concluded that there is no case fit for the jury’s consideration on any count on the indictment.”

From the public gallery of the Lowry theatre, where the trial was held, Christine Burke, whose father Henry, 47, was one of the 96 people killed at Hillsborough, called to Davis that she “buried her father with a lie”, and “the law is so wrong, and has to change”.

After the jury were instructed to find Metcalf, Denton and Foster not guilty, Burke called out to them: “Members of the jury, the families are heartbroken.”

Metcalf, Denton and Foster were charged following the 2016 verdict of the jury at new inquests into the disaster, who determined that the 96 victims of the crush were unlawfully killed due to gross negligence by the South Yorkshire police officer in command, Ch Supt David Duckenfield. The inquests jury also rejected the South Yorkshire police’s case, made vehemently in 1989 and maintained by many officers in 2016, that the disaster was caused by the misbehaviour or late arrival of people who went to the match to support Liverpool. No behaviour of Liverpool supporters contributed to the dangerous situation at the stadium, the jury concluded.

The process of changing police statements featured strongly in the evidence presented to the jury at the inquests, where lawyers for the bereaved families argued its purpose was to evade police responsibility for the disaster, and blame the supporters, the victims, instead. Some South Yorkshire police officers resisted agreeing to their statements being changed, the jury heard, and said they felt pressured into doing so. Metcalf, Denton and Foster denied perverting the course of justice and had pleaded not guilty at the trial.

The trial’s collapse will lead to searching questions for the CPS, whose decision-makers were urged by lawyers for the bereaved families to charge a wider conspiracy by South Yorkshire police, rather than focus narrowly on the changed statements. Of the six men charged with offences in 2017, Duckenfield was acquitted of manslaughter in 2019, Sir Norman Bettison had charges of misconduct in a public office dropped in 2018, and Metcalf, Denton and Foster have had their trial stopped. The only conviction secured has been against Graham Mackrell, the then secretary of Sheffield Wednesday, who had two counts against him withdrawn, but was found guilty of a single safety offence, and fined £6,500.

Many families have been scathing about the CPS’s conduct of the prosecutions following the new inquest verdicts. Many were disillusioned after the manner of Duckenfield’s acquittal, and few were regularly attending the trial of Metcalf, Denton and Foster at the Lowry theatre in Salford, or St George’s Hall in Liverpool, where it was being broadcast live.

Margaret Aspinall, whose 18-year-old son, James, was killed in the disaster and who was the last chair of the Hillsborough Family Support Group, described the trial and its outcome as a disgrace.

“It’s the cover-up of the cover-up of the cover-up," lei disse. “Our loved ones went to a football match and were killed, then they and the survivors were branded hooligans, and we’ve been put through a 32-year legal nightmare looking for the truth and accountability. Now they’re saying the police were allowed to change statements and cover up at Taylor. The legal system in this country really has to change.”