Covid-19 infections, hospitalisations and deaths are falling fast across Europe, but the risk of a deadly autumn resurgence remains high as societies open up and the more transmissible Delta variant advances, the World Health Organization (WHO) has said.

The warning came as new case numbers continued to plunge in most of the continent, falling in some areas to their lowest levels since August, and multiple governments, including France and Germany, relaxed restrictions further.

Urging people and governments to exercise “caution and common sense” over the summer, the WHO Europe’s regional director, Hans Kluge, said on Thursday that community transmission was still widespread and would continue as travel and social gatherings increased.

“We’ve been here before,” Kluge said. “Last summer, cases gradually rose in younger age groups, then moved into older age groups, leading to a devastating … loss of life in the autumn and winter of 2020. Let’s not make that mistake again.”

Katy Smallwood, a senior emergency officer, said the Delta variant first detected in India was of particular concern. “It is not yet prevalent in the European region but in some countries has already displaced the dominant Alpha variant,” she said.

“We’ve seen very significant evidence of significantly higher transmissibility, we’ve seen initial basis for increased risk of hospitalisation, and we’ve seen some evidence of immune escape, especially after only one dose of vaccine. Our assessment is that this does pose a significant risk in terms of community transmission.”

Kluge said a new WHO campaign, Summer Sense, would encourage people to “enjoy the summer, but safely … If you want to travel, think about the need. If you decide to, do it safely.” Governments must “make use of a better epidemiological situation to further increase testing, tracing, hospital capacity. Learn the lessons from last year.”

Both officials warned that while Europe was vaccinating at a much faster rate, with 30% of people having received at least one dose and 17% fully vaccinated, coverage “was still far from sufficient to protect the region from a resurgence” and “many among vulnerable populations above the age of 60 remain unprotected”.

Thirty-six of the WHO Europe region’s 53 countries were easing restrictions. “But we are by no means out of danger,” Kluge said, calling for “everyone to exercise caution, reduce risks and keep safe”.

“If you choose to travel, do it responsibly,” Kluge said. “Be conscious of the risks. Apply common sense and don’t jeopardise hard-earned gains. Wash your hands, keep a distance, choose open settings, wear a mask.”

To avoid a repeat of last year, he said, governments must “stick firmly to protective measures … even as cases decline” by acting fast on any signs of increasing cases, expanding testing and sequencing and stepping up contact tracing.

The top priority of governments must be to “continue protecting elderly people, people with comorbidities and frontline workers”, he said, noting that the risk of severe disease or death in children was up to 800 times lower than in the over-70s.

France, where new cases have fallen by 39% in a week, was among several countries to ease restrictions on Wednesday. An evening curfew has been pushed back from 9pm to 11pm; cafes and restaurants may serve indoors; shops, museums and cinemas can increase capacity; and gyms are open for the first time since October.

There was a reminder, however, that the pandemic was not over yet as the prime minister, Jean Castex, was again obliged to self-isolate after his wife tested positive. The government’s spokesperson, Gabriel Attal, warned people to remain cautious.

“We must stay vigilant, we cannot afford to think that because the situation is improving fast that that means the end of the pandemic,” Attal said. “We need to keep being careful, keep social distancing, keep wearing masks … That’s the best protection [against] false hopes and disappointments.”

Italy and Belgium also reopened bars and restaurants for indoor service this week, with opening hours extended until 11.30pm in Belgium and Italy’s night-time curfew pushed back to midnight. Several EU countries launched Covid health passes, allowing access to activities and events with large crowds for people who are fully vaccinated, immune or have tested negative.

In Germany, where schools in Berlin this week returned to normal after months with split classes or part-time teaching, the leading virologist Christian Drosten said that by autumn or winter the pandemic could become an epidemic, which might be expected to recur every year but be controlled by vaccine boosters.

Drosten said cases would almost certainly rise after the summer holidays but should by then be controllable – although he, too, warned that this was in danger of being undermined by people failing to get their second vaccine dose or believing that vaccines were no longer necessary. 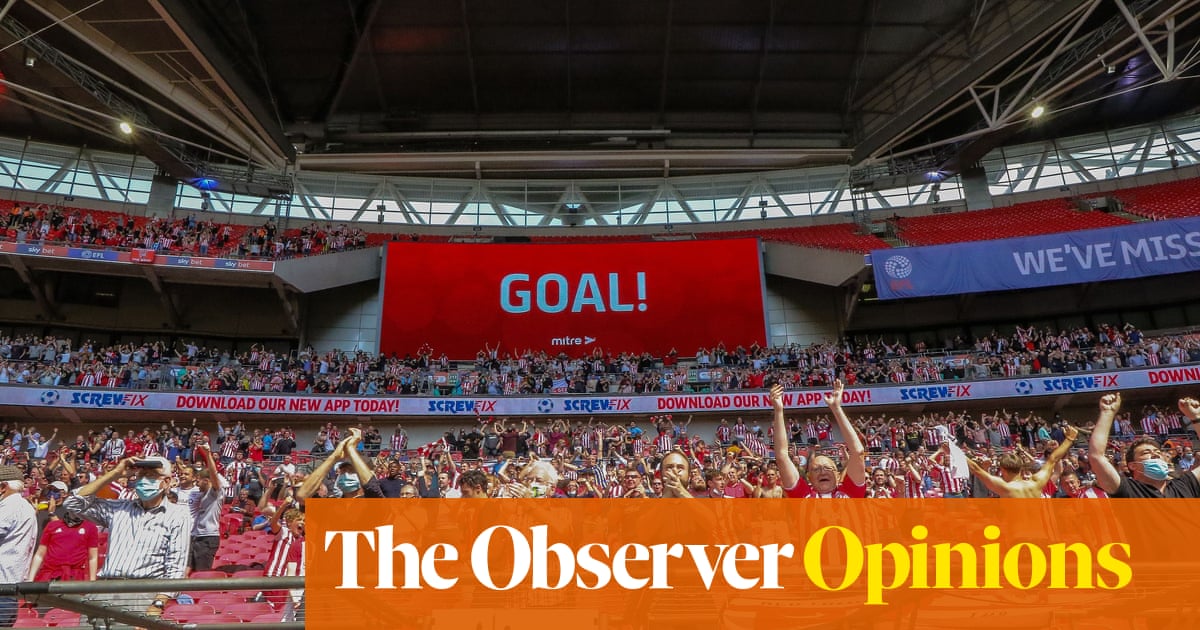 Prepare for a disappointment. No prime minister who is committed to an irreversible departure from lockdown and who has told world leaders that the same mistakes must not be repeated can now end it on 21 June. A delay...