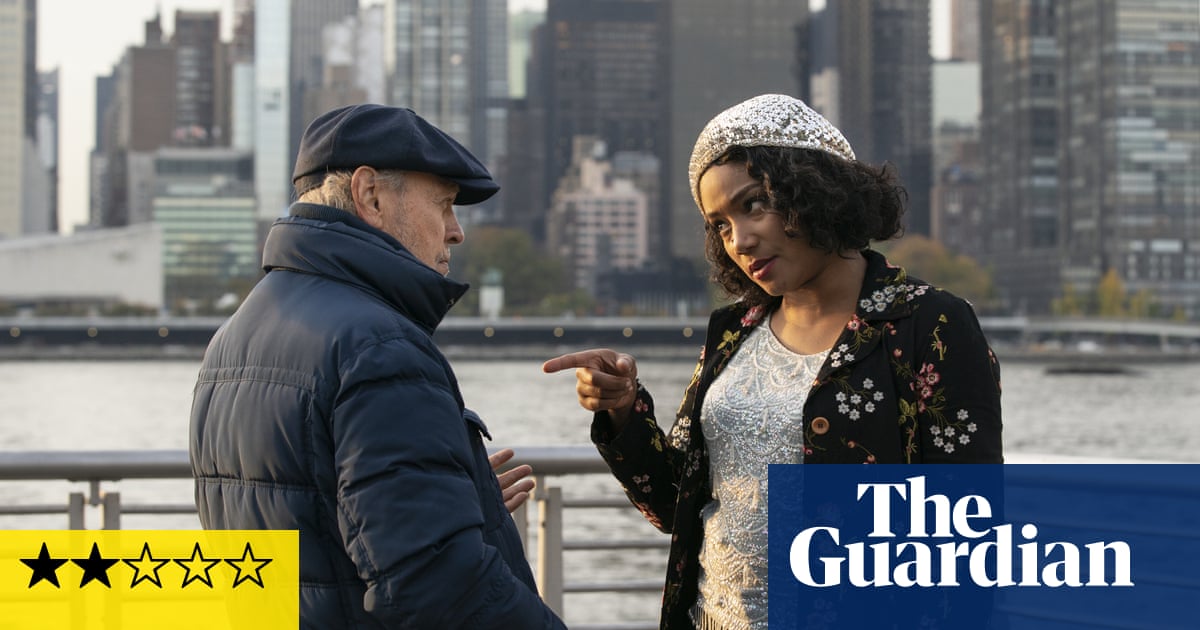 NSilly Crystal directs and stars in this oppressively sentimental dramedy: a glutinous soup of heartbreaking and heartwarming life-lessons, learned as you smile through your tears. Crystal also co-writes with his longtime collaborator, SNL veteran Alan Zweibel, on whose short story The Prize it is based.

Crystal plays Charlie Burns, an ageing New York comedy writer and widower. Charlie created Broadway hits and Hollywood screenplays in his day (some cameos here from Kevin Kline and Sharon Stone), and he is still working on a late-night TV comedy show, though regarded as a dinosaur by the younger writers. Tiffany Haddish plays Emma, a woman who wins lunch with Charlie at a charity auction. Despite her having zero in common with the old guy, there is an intergenerational spark and they develop an odd-couple friendship. Charlie finds that Emma is the only person to whom he can confide his awful secret: he has dementia and the symptoms are getting worse.

Any movie that helps us to talk about dementia is to be welcomed, and they are becoming more commonplace. But the pure treacliness of Here Today is very dispiriting and there are some tonal missteps: crabby old Charlie, enraged at an actor’s repeated mispronunciations on the TV show, jumps out at a live taping and humiliates him in front of the studio audience; we are supposed to think that’s an example of his heroically undimmed passion for comedy and life.

There are also repeated, unbearable flashbacks to his saintly wife, simpering directly into the camera, and shot from Charlie’s swooningly nostalgic point-of-view; she died in a tragic way which is tritely withheld from us until the last reel, with hints of that weepie classic The Notebook. Bizarrely, there is a cute hint at the couple’s daring use of butter in their intimate moments. Please tell me Crystal and Zweibel aren’t alluding to Last Tango in Paris? A very heavy and indigestible meal of emotional correctness.

Here Today is released on 3 September in cinemas.