Damian Lewis has spoken publicly for the first time about the loss of his wife, Helen McCrory, who died last year from breast cancer aged 52.

During an evening of poetry dedicated to McCrory at the National Theatre, Lewis paid tribute to the “one person whose thunder would absolutely not be stolen”.

The show, called A Poet For Every Day Of The Year, was based on the poet Allie Esiri’s latest anthology of the same name, and featured readings from some of McCrory’s colleagues and friends, including Simon Russell Beale, Lesley Sharp and Fay Ripley.

“This evening is dedicated to her and it’s perfect, because Helen loved the National Theatre. One person whose thunder would absolutely not be stolen,” Lewis told the 900-person audience, which included the couple’s two teenage children.

The event concluded with a video of McCrory reading Wild Geese by Mary Oliver at a previous year’s event, the Daily Mail reported. Other poems performed included comic verse such as Spike Milligan’s You Must Never Bath in An Irish Stew and the former poet laureate Carol Ann Duffy’s Mrs Icarus.

Esiri told the audience that “learning from adversity is something many people have experienced over the past two years during the pandemic. My mantra during this difficult time has always been to tell myself ‘everything is going to be all right’.”

She added: “We dedicated the evening to Helen, and Damian said a few words, but we just wanted to get on and do the show. It’s what she would have told us to do – ‘OK, enough already, get on with the show!’ She loved poetry and I think she would have been pleased to be kind of here with us. It felt right.

“Damian and Helen really helped to get poetry out to people. When you are stuck at home with Covid but can’t quite take on a novel, a lot of people have been turning to poetry. Tonight we chose poems that will hopefully have chimed with people who have been going through a lot over the last two years.”

As one of the UK’s leading actors, McCrory was known for her roles in Peaky Blinders, James Bond and Harry Potter. She was awarded an OBE in the 2017 new year honours for services to drama.

She swore her friends to secrecy about her illness as she underwent treatment. Two days after her death in April, Lewis shared a tribute to his “beautiful and mighty wife”, recalling her “fearlessness, wit, curiosity, talent and beauty”.

He wrote at the time: “She has exhorted us to be courageous and not afraid. As she said repeatedly to the children: ‘Don’t be sad, because even though I’m about to snuff it, I’ve lived the life I wanted to.’”

He noted that the the funeral of Prince Philip had not eclipsed the grief for McCrory. “On a weekend when the papers, rightly, will be paying their respects to the Duke of Edinburgh, thousands of others around the world have been remembering m’duchess, my little one, royalty in her own right.” 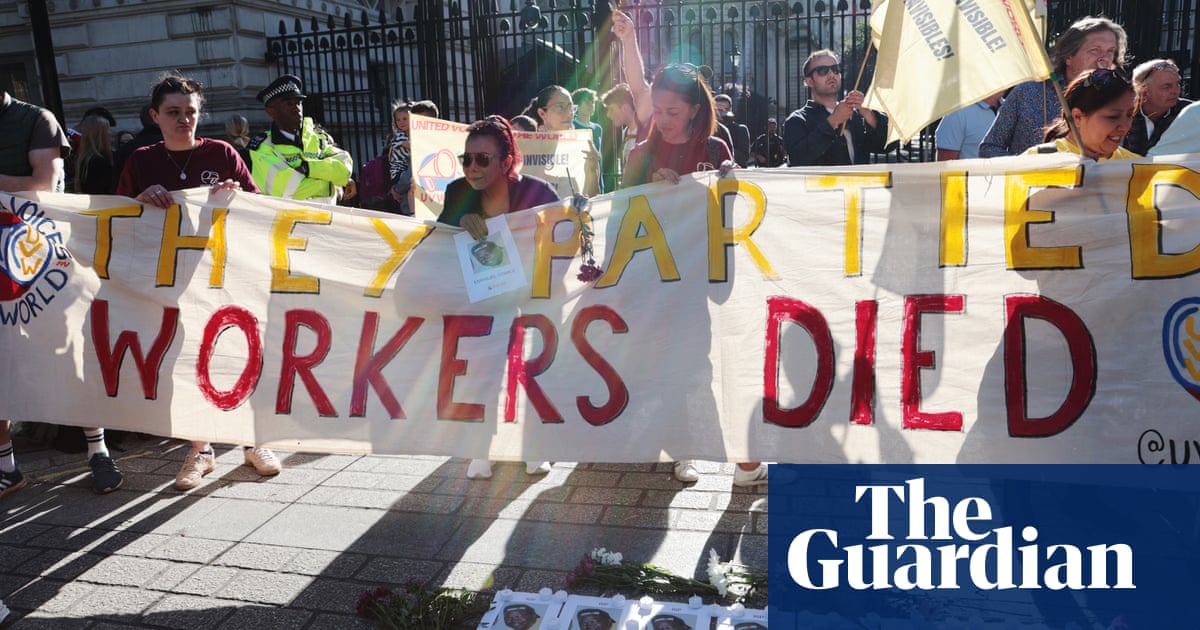 ‘We have been mistreated’: cousin of Whitehall cleaner who died speaks out

A government cleaner has described how he and his colleagues feel powerless to refuse difficult situations such as clearing up after parties, amid alleged maltreatment and low pay. Sue Gray’s report on the Partygate s...