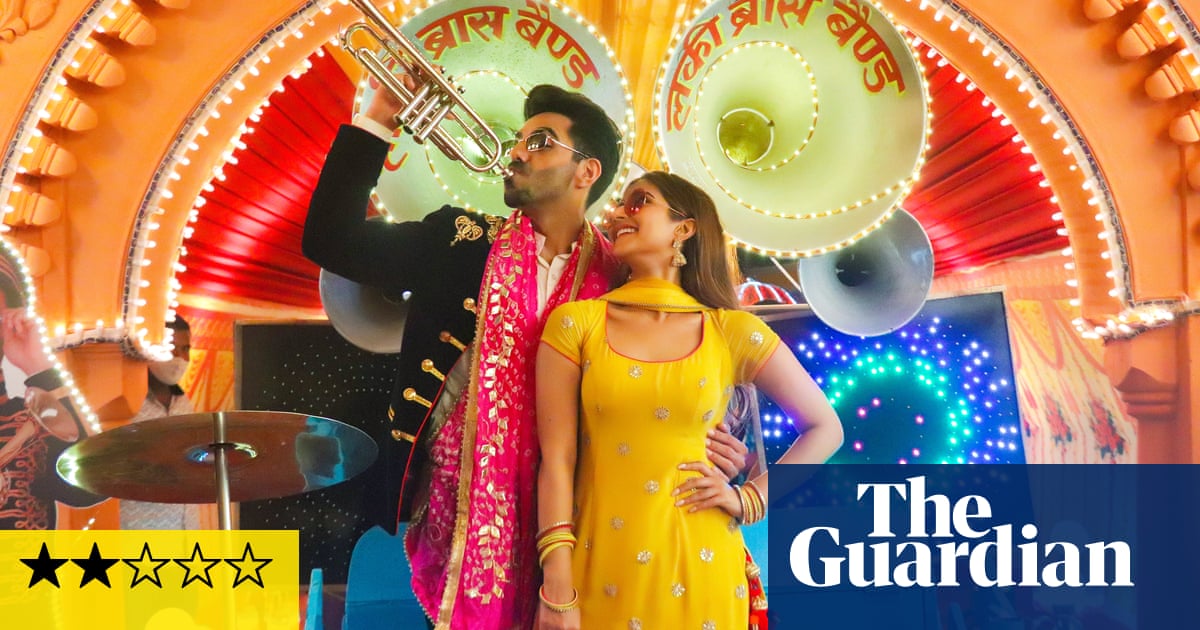 The eyebrow-raising title is intentional: Satramm Ramani’s comedy has been fashioned after 2017’s Toilet: A Love Story and 2018’s Pad Man, Hindi films designed to initiate conversations around subjects deemed taboo in 21st-century India. The national reticence addressed in this case is condom use: an urgent matter, given the country’s explosive population growth and STD rates. Ramani’s cheerfully flimsy farce means to be to the India of 2021 what Madness’s House of Fun video was to 1980s Britain, with its nudging innuendo and nervy approaches to the pharmacist. Yet the film’s leads aren’t red-faced teens, but 30-plus. The problem being dramatised is clear, but one of Helmet’s weaknesses is that it demands we watch grown adults behaving like dumb, horny kids.

The national conversation is summarised by a prologue, in which latter-day Kinseys sent to doorstep Indian citizens about contraception are brusquely repelled by an outraged mob. This is as close as the film comes to reality. For Aparshakti Khurana’s jobbing musician Lucky – a name that sounds ironic as we go on – the issue is taking the next step with his beloved Rupali (Pranutan Bahl), determined as she is that the pair’s long-deferred tryst should be safe. As Lucky and pals channel their frustrations into plotting a truck heist, Ramani and screenwriter Rohan Shankar appear distracted – until the revelation that this crew’s big steal isn’t the telecommunications payload they were expecting, but a job lot of johnnies, thoughtfully provided by one of Helmet’s tie-in branding partners.

The resulting fencing operation, targeting men too timid to buy over-the-counter condoms, yields minor chuckles: one beneficiary reinvents himself as a lover in the classic Bollywood mould. Yet the balance of caper-movie folderol to social insight is skewed: there’s too much Guy Ritchie, nowhere near enough Dr Ruth. The plot never develops beyond haggling, and no one thinks to examine the impact this prophylactic windfall might have on Lucky’s personal life. Rupali is merely recruited as a sidekick in cash-counting, while sex itself remains off-screen. It could almost been made for TV – product-placement closeups act as its built-in ad breaks. But any debate it inspires are likely to be lightweight: what’s on the other side, and whether there might be more stimulating ways of spending date night.