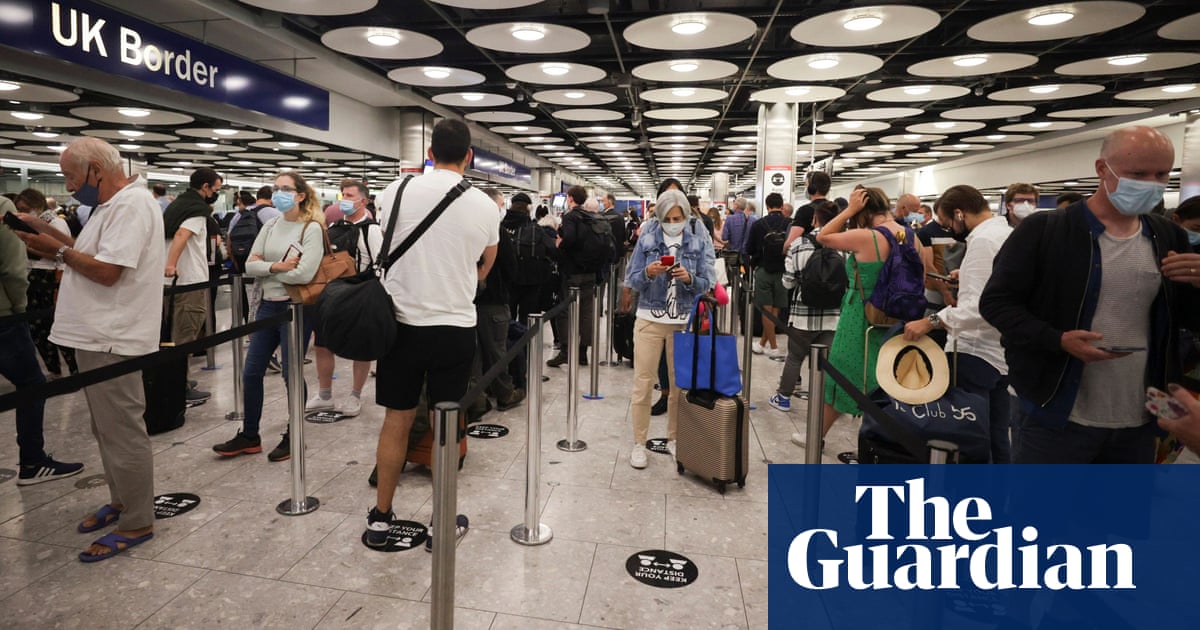 The Heathrow chief executive, John Holland-Kaye, said: “This pilot will allow us to show that pre-departure and arrival checks of vaccination status can be carried out safely at check in, so that fully vaccinated passengers can avoid quarantine from 19 July.”

His comments were echoed by the Virgin Atlantic chief executive, Shai Weiss, who said: “To reap the benefits of the UK’s world-leading vaccine rollout, the UK government must act now to remove self-isolation for fully vaccinated passengers arriving from ‘amber’ countries, and no later than the domestic reopening on 19 July.

“The UK is already falling behind [the] US and EU and a continued overly cautious approach towards international travel will further impact economic recovery and the 500,000 UK jobs that are at stake.”

The call came after the health secretary, Sajid Javid, announced that people in England who have been double jabbed – as well as the under-18s – will no longer have to self-isolate if they have been in contact with someone who tests positive for Covid-19.

However, there was consternation among some Tory MPs that the change will not come into force until 16 August, almost a month after other controls are due to have ended.