Hear me out: why Johnny Mnemonic isn’t a bad movie 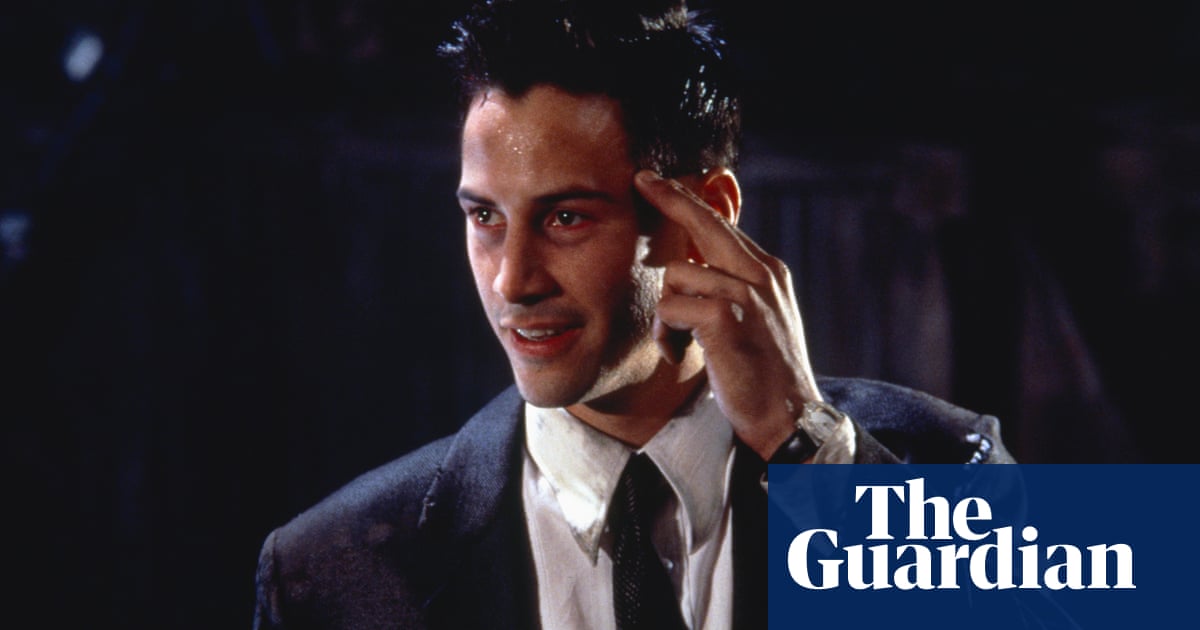 Johnny Mnemonic, Robert Longo’s 1995 William Gibson adaptation, offers a wide target for derision. The more cynical among us might scoff at the depiction of technology run amok in “the future” (the film is set in 2021), the irrepressibly sweet earnestness of Keanu Reeves’ cynical antihero, 과 (spoiler alert) the salvation of humanity coming in the form of a cybernetically enhanced dolphin (“It’s a FISH!?!” yells an incredulous Keanu). The very premise of the story – that Keanu (as data smuggler Johnny) has so much information contained within his brain that it may explode at any time – may even be enough to raise a smirk.

To indulge our snarky side like this, 하나, represents a failure on our part to engage with the film on its own terms. Roger Ebert’s po-faced take on the film – “Doesn’t deserve one nanosecond of serious analysis” – sums up the problem. Longo’s film is at its heart a comic-book comedy, and belongs to a tradition of cinematic eccentricity of which Terry Gilliam’s best work might be exemplary. There are nods to the more serious, “cerebral” sci-fi of Strange Days and The Matrix, but each motif is heightened, given a touch of absurdity.

Prophetically, in Johnny Mnemonic’s 2021 a pandemic ravages the planet. This is no natural virus, 하나, but the wifi-transmitted disease known as “the black shakes”, it’s victims suffering violent seizures caused by the sheer volume of data they are forced to absorb in their techno-crazed society. The cure for this disease is of course to be found in the data file squirrelled away in Keanu’s brain. The Lo-Teks are the small group of anti-tech rebels led by Ice T with medical assistance from Henry Rollins, from a base built in part from a teetering, Gilliam-esque monolith made of old TVs. The Yakuza hitman tasked with securing Johnny’s cryogenically frozen head wields a laser whip in place of a thumb that neatly slices his victims in two. There is a lot of fun to be had watching Longo and co cobble these bizarre elements together.

It’s interesting to note that the one other adaptation of William Gibson’s visionary oeuvre was attempted by another widely misunderstood film-maker, Abel Ferrara, with his 1998 film New Rose Hotel. Despite the Gibsonian similarities of theme, the two films couldn’t be more different. Where Ferrara’s work uses the sci-fi aspects of the plot to amplify the existential predicament of his protagonist (Willem Dafoe), with Johnny Mnemonic, Longo, like the lady said, just wants to have fun.

Studio interference is another reason the film has been mistakenly maligned. Johnny Mnemonic is a classic example of Hollywood execs greenlighting a film with an artist at the helm, then steamrollering over their unique creative vision. By all accounts it was an embattled production, and it is a testament to Longo’s genius that so much of his eccentric intention survived even after the film was recut by the studio. Not even Dolph Lundgren’s forcible insertion into the cast completely squashed the director’s absurdist sense of humour. When life gives him a thespian lemon, Longo makes acid-spiked lemonade, putting Dolph in flowing robes and a mane as a kind of psycho Messiah who greets his victims with an unhinged beatific grin and the line “Come to Jesus!”

Longo’s internalisation of the comic-book aesthetic also seems to have wrong-footed critics at the time. Like Sam Raimi’s Darkman, Johnny Mnemonic’s quick-fire editing, tilted camera angles, terse, often ironic dialogue and garish colour scheme are all lifted from the panels of the US comics of the era. The use of blink and you’ll miss it cutaways to animated cartoons during the action sequences is reminiscent of Oliver Stone’s mad masterpiece Natural Born Killers, released the year before. Johnny was a glimpse of what comic-book movies could have been, when not weighed down by the plodding seriousness of The Dark Knight trilogy, or infantilised by the camp spandex-obsession of the innumerable Marvel movies.

It came out on the heels of Speed and only four years after Point Break, and audiences may have been unwilling to accept Keanu as a cynical antihero. Even today, his big ranting monologue scene, in preparation for which I’m sure Nic Cage’s manic tantrums in Kiss of the Vampire were rewatched over and over, is a shock to the system. Silhouetted against the night sky, he stalks back and forth across the frame, demanding room service and a club sandwich with all the self-absorbed righteous indignation of a drunken lockdown protester. Ted “Theodore” Logan this is not. If we can suspend our own cynicism however, Johnny Mnemonic offers a lot to enjoy. 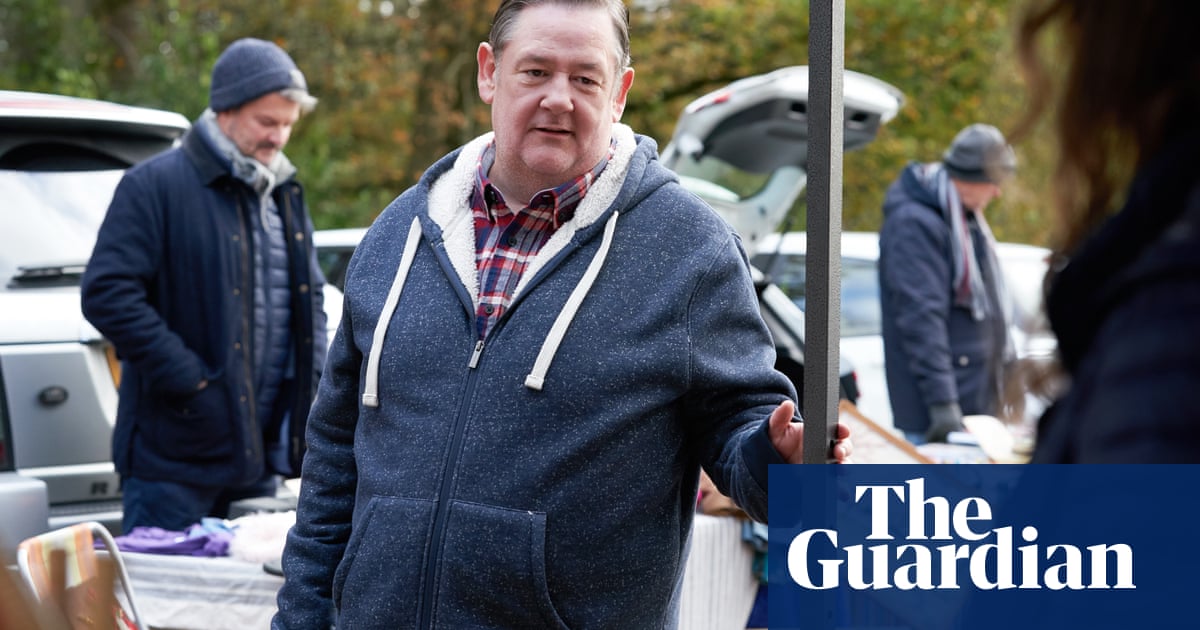 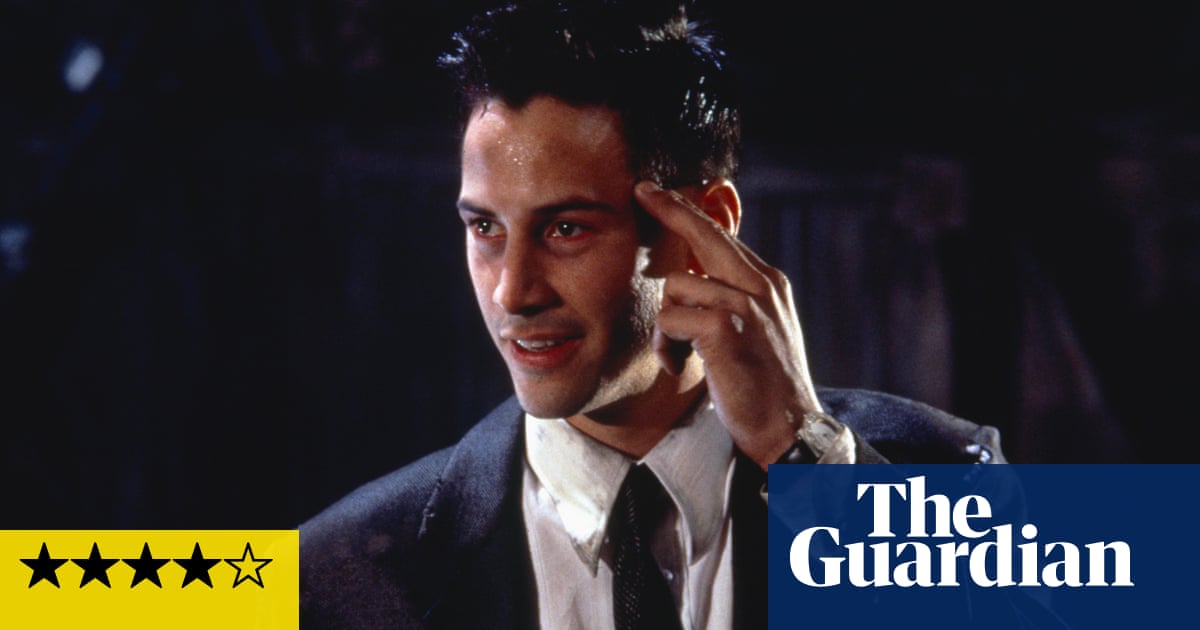 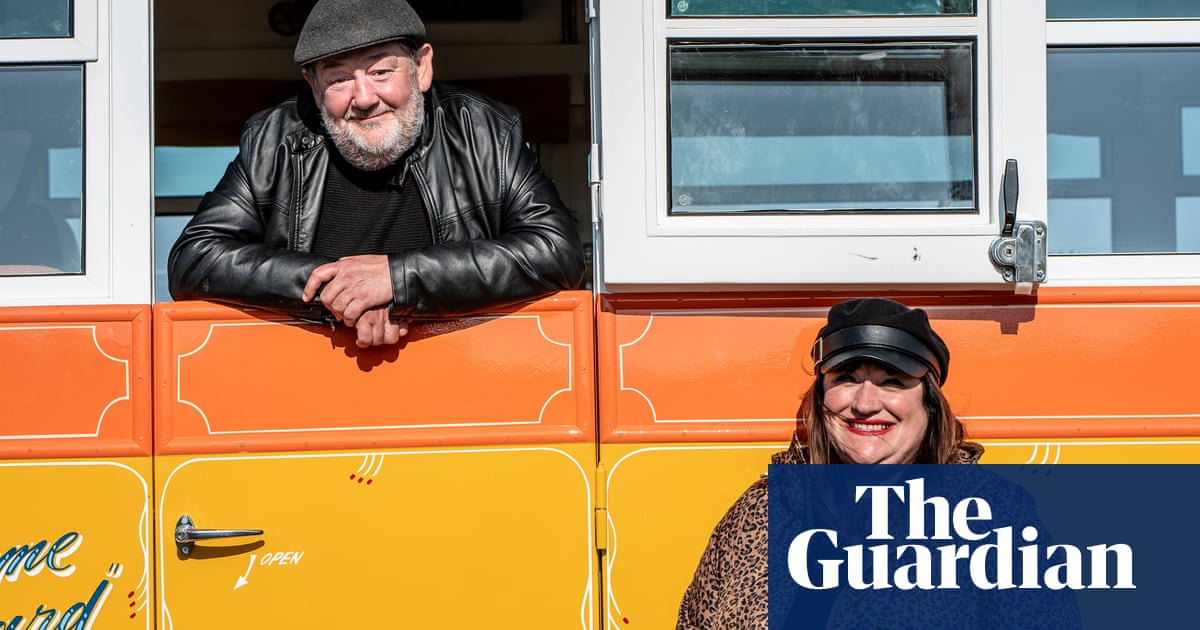 Johnny Vegas: Carry on Glamping – this daft TV quest will drive you round the bend

You’ve got to hand it to Channel 4: no other channel has quite perfected the feeling of woozy, comedown TV like it has. This obviously comes from the exemplar of the form, which is Sunday Brunch: even watching it sobe... 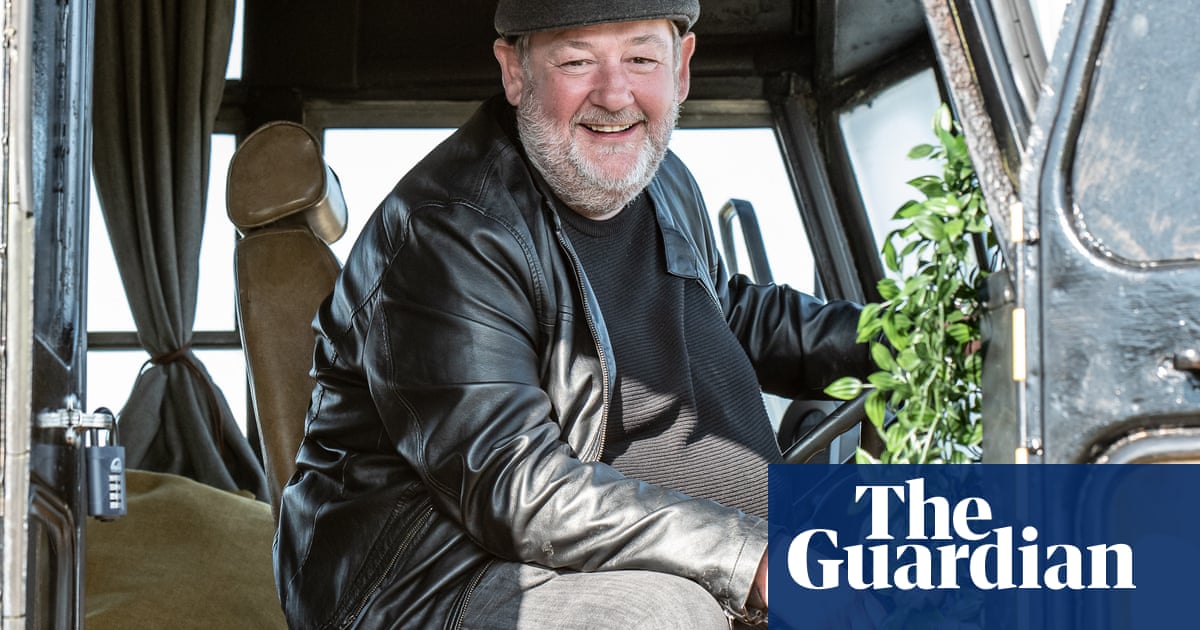 ‘You love me? I can’t take that to the bank’: Johnny Vegas on money, fame and grief

I remember the buzz around Johnny Vegas at the Edinburgh fringe in 1997. Everyone knew a star was being born – but a star of what, 바로 그거죠? No one had ever seen anything quite like this overweight northerner, screamin...

Former veterans’ minister Johnny Mercer has launched an extraordinary attack on Boris Johnson’s government, describing it as a “cesspit” and “the most distrustful, awful environment I’ve ever worked in”. A day after ... 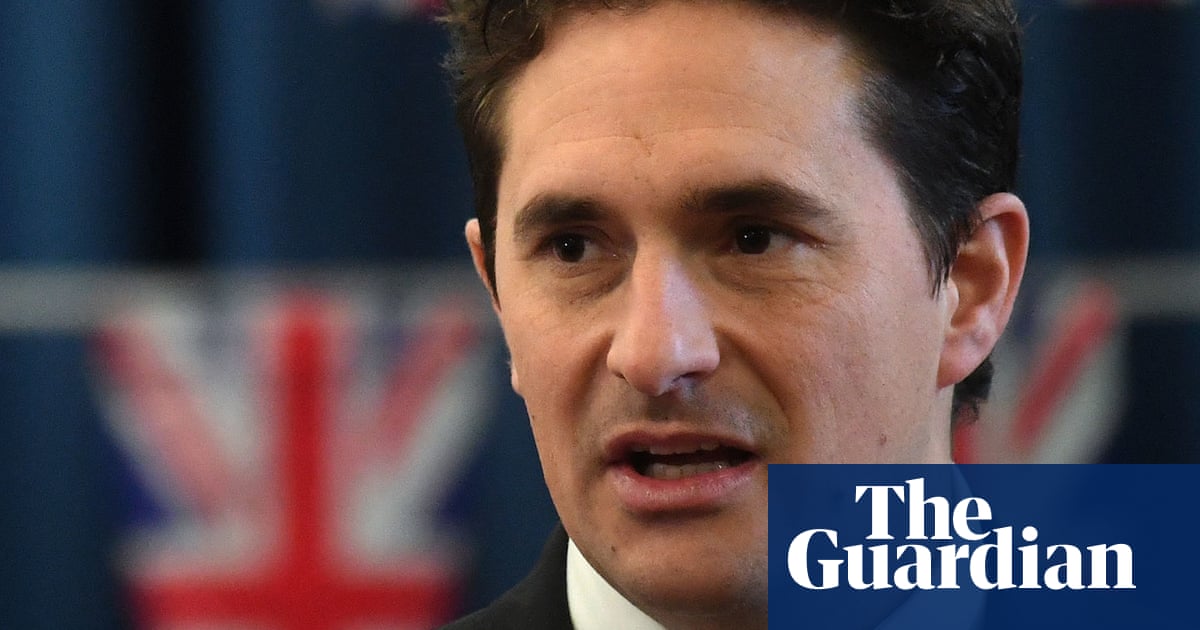 Johnny Mercer has resigned as junior defence minister, frustrated that the government has failed to implement controversial pledges to prevent veterans who served in Northern Ireland from being prosecuted. After hours...

Johnny Mercer is on the brink of quitting as a junior defence minister, frustrated that the government has failed to implement controversial pledges to prevent veterans who served in Northern Ireland from being prosec... 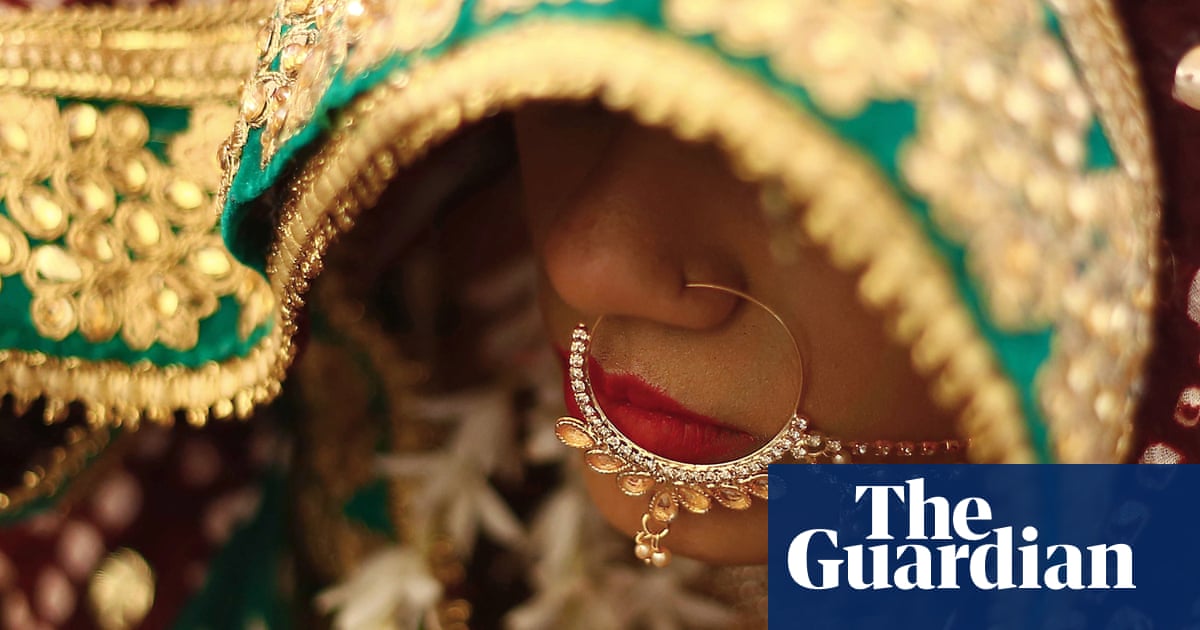 Brahmacari Monica, don’t marry Johnny Panicnor meet his trickster of a sister at the station.She’s the mistress orchestrator. O she’s ameesni one. She’ll sew sequins and wax on aduck-egg blue dress for you. She’ll tel...