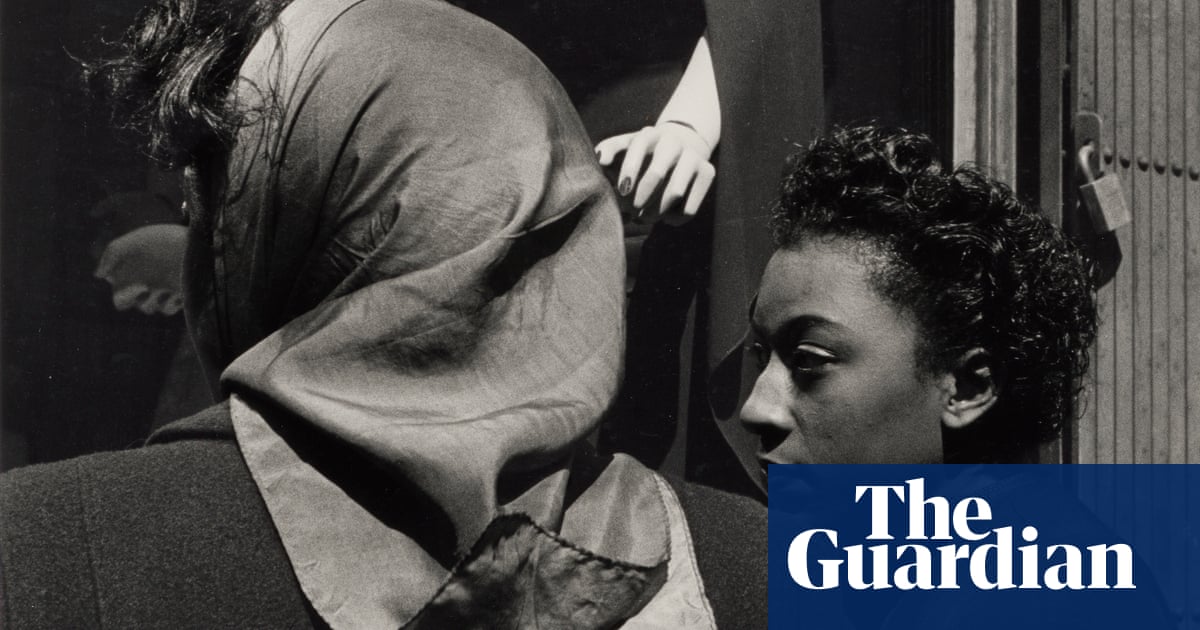 Once, when asked why his prints were so dark, Roy DeCarava replied, “I happen to believe that photography is not about black and white; it’s about greys.” At London’s David Zwirner gallery, the first UK exhibition of DeCarava’s work in more than 30 years is a quietly mesmerising testament to the expressive tonalities of that neutral, in-between colour.

“Roy is an artist who is known for the darkness of his prints,” says his widow, Sherry Turner DeCarava, an art historian who has deftly curated the exhibition to highlight the sustained mood music of her late husband’s work. “But it is deep understanding of the nature of light that gives quality to his pictures.”

At Zwirner, a case in point is his fascinating portrait of the jazz musicians John Coltrane and Elvin Jones, in which one’s eye is drawn initially to the curve of light that snakes along the polished surface of a saxophone played by the great saxophonist. Close up and in profile, Coltrane’s face emerges out of the surrounding darkness, a study of quiet concentration. In the background, the looming figure of drummer Jones is rendered as an indistinct, yet distinctive, blurred silhouette. In its mood and mystery, it is a world away from traditional portraiture and, like every image in the show, it requires a degree of concentration from the viewer, the darkness slowly revealing shades and textures that attest to DeCarava’s singular creative process.

“Roy was searching for beauty, that’s really what he was after,” elaborates Sherry, who has travelled from New York for the exhibition opening. “He was alert to the transcendent and the sublime in our daily lives, but he also understood that a photograph only comes together as an entire statement in the water bath in the darkroom. He was an intuitive master of that complex process.”

A deft selection of his portraits of jazz musicians punctuate an exhibition that posits him as primarily a poet of the everyday sublime. His predominant subject is black American urban experience in all its intimacy and ordinariness, which he renders in gestures and glances, and in painterly textures and forms. In doing so, he gave expression to a world all but invisible to the white mainstream, while simultaneously subverting the received ways in which that experience was traditionally captured by photojournalists and documentarists.

In 1952, when DeCarava applied for a Guggenheim Grant for a project in which he would record everyday life in his native Harlem, he made clear that he did not want it to be “a documentary or sociological statement”, but rather “a creative expression” of life in the community. His aim, he wrote, was to “photograph Harlem through the Negro people,” which is altogether different to photographing the Negro people of Harlem. The difference in intent speaks volumes about his creative sensibility.

“He was very clear from the start that what he was doing was art,” says Sherry, “He was defined by aesthetics, not just geography or sociology, which people have in the past been too quick to ascribe to his work.”

Often, as their minimally descriptive titles suggest, DeCarava captured everyday moments of quiet interaction or even quieter solitude: Man Sitting in Sun; Two Men Talking, Lamppost; Woman Resting, Subway Entrance. His interiors, which perfectly merge the formal and the deeply atmospheric, are often evoked by a single, almost mundane, word: Hallway, Skylight, Coathanger. This is an artist who looked deeply and patiently at the ordinary world around him, alert for its quotidian beauty, and asks us to do the same of his work.

Born into poverty in Harlem in 1919, Roy DeCarava was raised by a single mother, a Jamaican immigrant, who encouraged him from childhood to follow his creative instincts. He studied art history at high school and later painting at Cooper Union School of Art in New York, where, after a few years, the casually racist attitudes of his contemporaries caused him to leave and continue his studies at the Harlem Community Art Centre. Later, when he was drafted into the US army and stationed in Louisiana in the segregated south, he suffered a nervous breakdown as a result of the brutal racism he experienced there.

By the early 1940s, having tentatively embraced photography as a reference for his paintings, he found himself increasingly intrigued by its aesthetic possibilities. His apprenticeship in painting and printmaking, was, says Sherry, crucial to his way of seeing.

“Back then, photography was not accepted as art by the gatekeepers of the major art institutions,” she says, “but for him it was a very malleable medium and he constantly rethought his approach. It would be hard to think of another photographer who thought so deeply, but also so intuitively, about printing. With the silver gelatin process, you never know what you have got until the image appears. You don’t produce it, the light does, and, in the end, it all comes down to a matter of seconds. Roy was a master of choosing the moment. For him, it was an emotional and psychological process as much as a technical one.”

In 1954, DeCarava, aged 34, met with the writer Langston Hughes, who was so impressed by his Harlem photographs that he urged his publisher, Simon & Schuster, to publish a book of them, for which he provided the text. The Sweet Flypaper of Life is now considered a classic, though Hughes’s lyrical prose, told though the eyes of Sister Mary Bradley, has perhaps not aged as well as the images.

“They had a close friendship for a while,” says Sherry, “but Langston was a little older and more conservative and Roy found it difficult to accept some of his positions as the 1960s brought a new, more radical political message. They drifted apart, but the book they created was very important, politically and artistically. It validated the everyday humanity of an entire culture.”

In both his quiet studies of people and places and his wonderfully atmospheric jazz portraits, which were collected in a book aptly titled the sound I saw, DeCarava’s gaze is intimate without ever being intrusive. “He understood the particular problematics of the medium,” as Sherry puts it, “and never disrespected the gift he had for intimacy.”

Here and there in his work, certain portraits break the mood of quiet contemplation. Perhaps the most vibrant is his portrait of a young and inquisitive Billie Holiday, alert to, and utterly engaged with, his camera. Another is his imposing study of the great jazz iconoclast, Ornette Coleman, who is captured deep in thought, almost imperious. “Roy respected Ornette,” says Sherry, when I ask if the two knew each other. “You can tell because he makes his images of him seem as if they were sculpted in granite. I think he respected Ornette’s vision of the future because he was right there with him in that respect. Back then, critics were reluctant to give consideration to what they were each doing in their different ways, but, over time, the true value of what they achieved continues to increase. Both are still contemporary artists.” 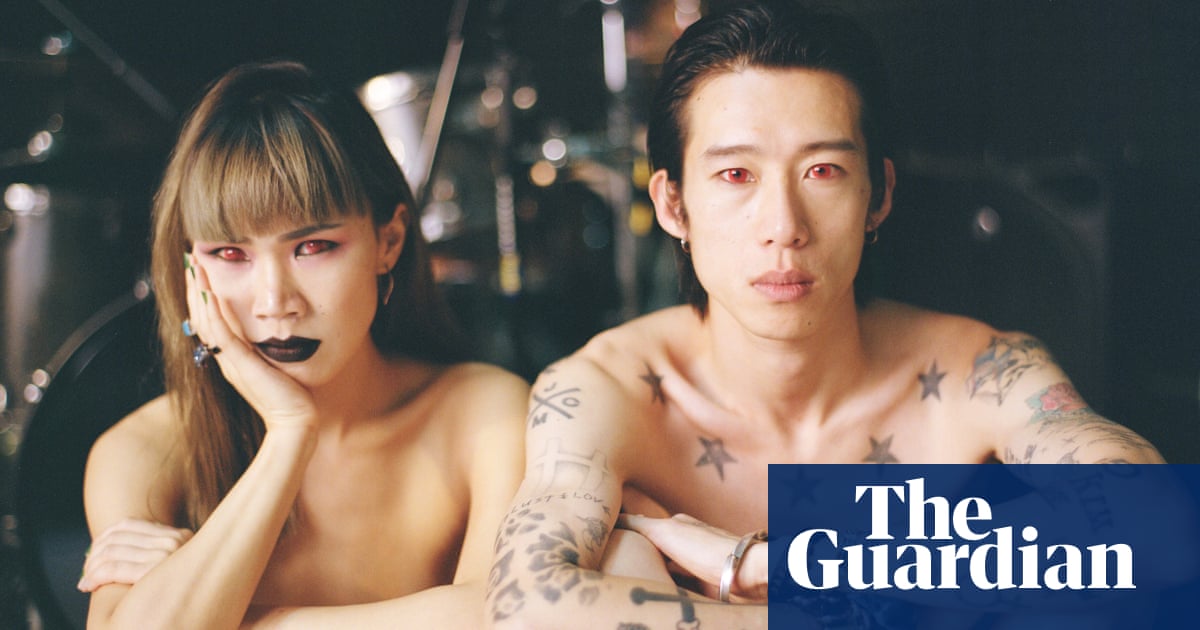 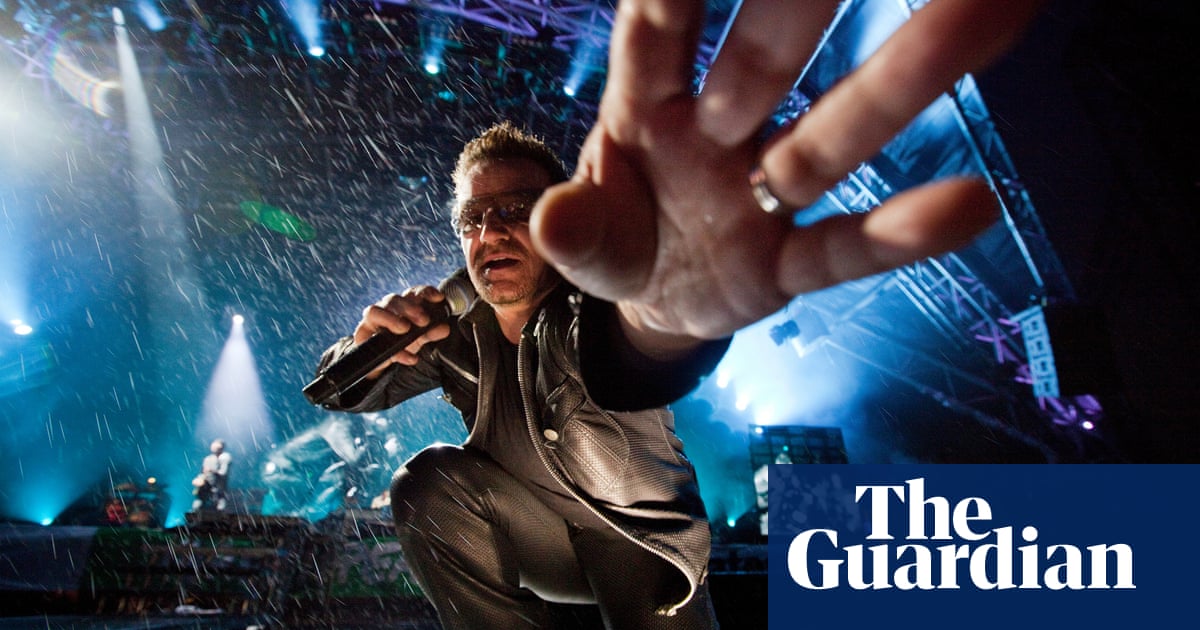 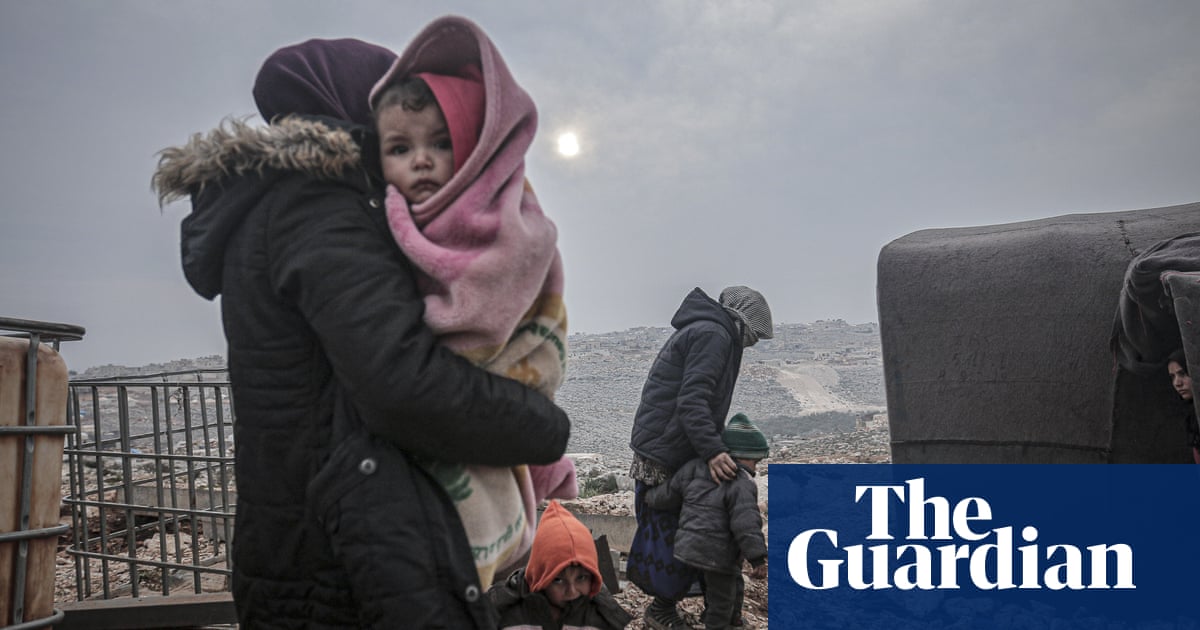 Women and children living in some of the hardest-to-reach camps in north-west Syria face chronic and high levels of violence and depression, with some women forced to engage in “survival sex”, a new report has reveale... 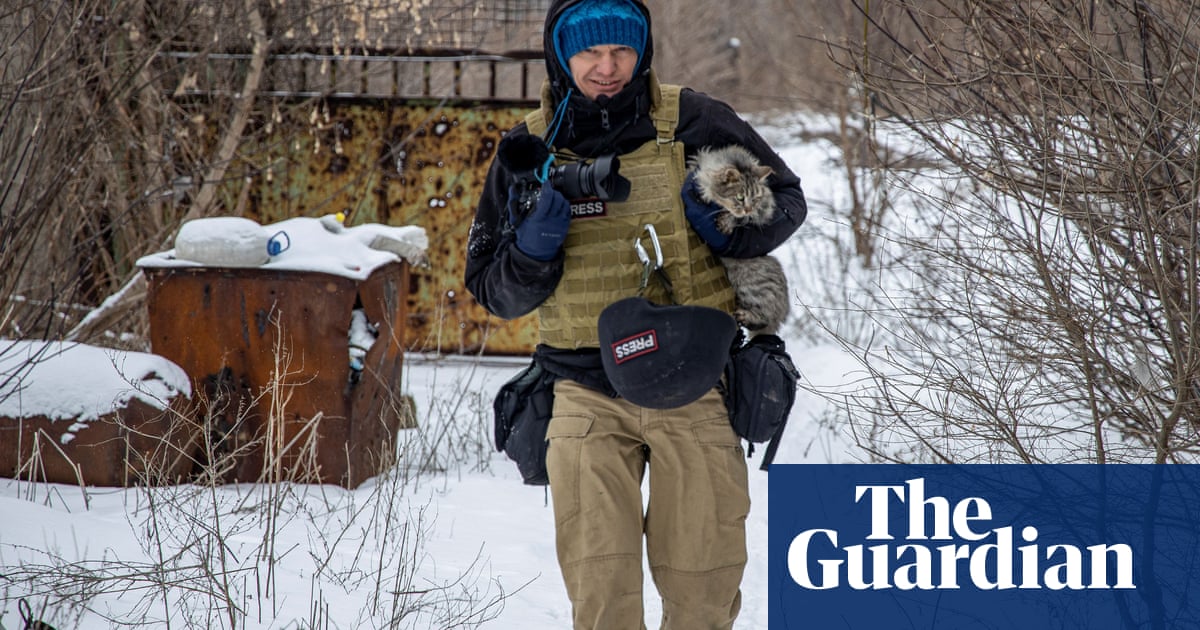 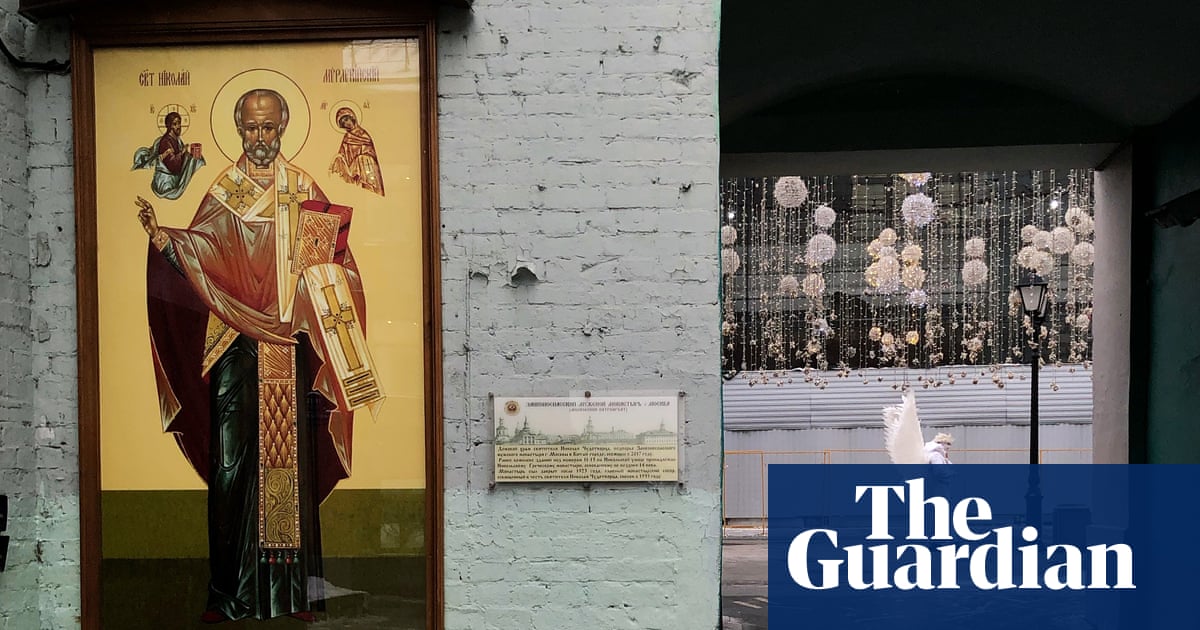 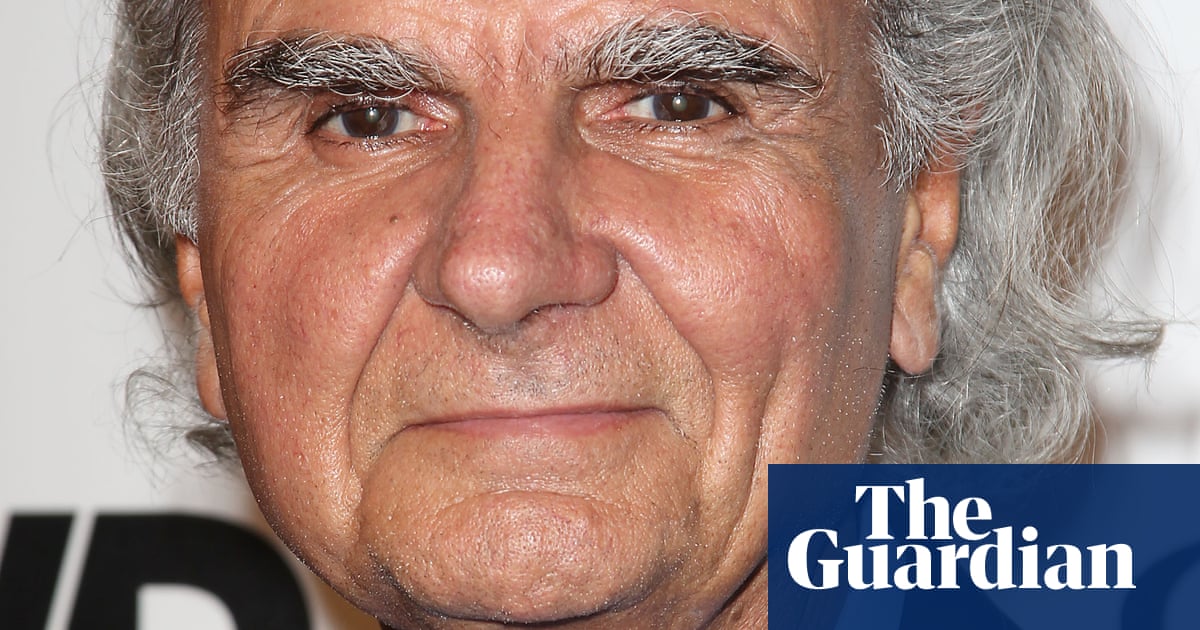 Patrick Demarchelier, the fashion photographer who worked with high-profile figures including Diana, Princess of Wales, has died at the age of 78. His death was announced by his representatives on Instagram on Thursda... 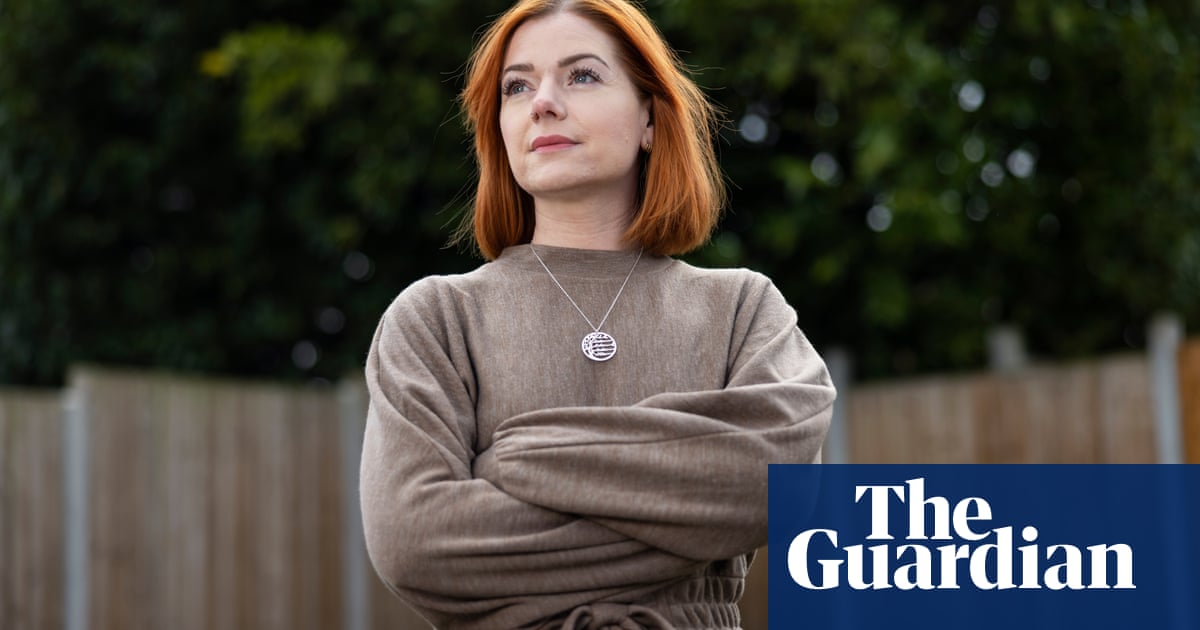 In 2019, Annie Ashton’s husband, Luke, closed all his online betting accounts. He confessed to her that he’d lost more money than they could afford and swore his gambling days were over. “Luke said he wouldn’t gamble ...