For four days this week Karwan Tahir shared a tent in the woods around Dunkirk with a young man named Karim. In the early hours of Wednesday morning Karim set off for the UK – a journey in darkness to the nearby beach, and from there into the vast and uncertain Channel in a flimsy dinghy.

“I don’t know if he made it or if he drowned,” Tahir said on Friday, showing off the living space he and Karim had briefly shared. “He didn’t come back. I only knew he came from [Iraqi] Kurdistan, come me. We met at the camp. He knew I spoke English and so he invited me to share his tent.

Karim’s last known location was a sprawling encampment of shelters on the outskirts of Grande-Synthe, next to a bridge and a canal. The camp is home to several hundred people, almost all Kurds from Iraq. Most probably the 27 people who died in the icy waters on Wednesday had lived and slept here before they set off on their final journey.

Precise information, tuttavia, is hard to come by. In this makeshift community, people look out for each other, but apart from family or buddy groups, relations are temporary and transient. Although everybody has a mobile phone to be in touch with family and friends, firm information about the dead is hard to come by.

Grieving relatives will probably be back at home.

It does not pay to ask too many questions. The atmosphere changes after dark, when deals are struck and the Kurdish mafia who run smuggling operations are present.

According to local aid workers, a 23-year-old Iraqi Kurd was shot twice in the leg on Wednesday after an argument, and was taken by ambulance to hospital. A smuggler is said to have opened fire after the man refused to get on a boat, hours after news spread that 29 people had died. He had paid £1,500 – half his fee – with the other £1,500 promised once he had landed in the UK.

It is not clear if Karim was among the 17 men who drowned, together with seven women – one of them pregnant – and three children, or if he made it to Dover. Tahir showed off the lifejacket he had bought in anticipation of his own crossing – “it cost me €35 [about £30]", he said – as well as a cuddly tiger left by a newly departed family.

Tahir described the tortuous journey that had taken him to the north coast of Francia. He said he had left the Kurdish city of Sulaymaniyah a month ago and then flew from Dubai to the Belarus capital, Minsk. He reached the EU border with help from Belarusian border guards who showed him where to cross, Egli ha detto. From Poland he travelled by car to northern France. The trip so far had cost £12,000, Egli ha detto, including £3,000 paid to smugglers upfront for his forthcoming boat trip.

Most of those camping out in the rain and mud are young, unaccompanied men but there are a few families, pure.

One small boy, Muhammad, was playing with a plastic helicopter under a tarpaulin, next to an open log fire built by his father, Adil. Adil’s wife, Sarah, and baby son, Malik, sheltered in a tent.

The camp is grim and rubbish-strewn, with no toilets or running water. Charities provide clothes and food.

Despite Wednesday’s tragedy, many of those camping here said they were still determined to reach the UK.

Sokar Mawlud, 20, from the Iraqi city of Kirkuk, admitted the bad weather made the journey even more perilous and he was “stuck”. He was intending to go to London with his brother Sarhand, 13, and their mother, Shawbo, 42.

Mawlud’s odyssey has been a long one. He said he left Iraq in 2015 and spent six years in the German city of Nuremberg, going to school, before he was forced to leave and put on a flight to Turkey. From there he tracked back to France. Why the UK? “My sister lives there. She’s a hairdresser," Egli ha detto. He thought he knew one of the people who had drowned, but was not sure.

On Thursday Mawlud and his family headed for Loon-Plage, the beach west of Dunkirk from where the 29 victims are believed to have set off. A boat was waiting. They turned back, Mawlud said, after spotting a French police patrol on the sands. “It’s dangerous, in realtà. The smugglers buy a dinghy meant for 20 people and then cram 50 people on board.”

On Loon-Plage there were haunting signs of the migrants who had left. A collapsed dinghy lay amid the dunes; further along, against a backdrop of Dunkirk’s busy port with its cranes and smoke, was another abandoned dinghy, made by the German firm MaRe Boote. Nearby was a red lifejacket and a left shoe, half filled with sand. Its owner’s fate was unknown.

Most of those camped around Calais and Dunkirk have some family connection with Britain – uncles, siblings, amici. Others said they had learned from social media that it was easy to get a job. Tahir said he had lived in Bury St Edmunds for seven years, working in Pizza Express, and had gone home to Iraq in 2006, thinking his country was safe. “A mistake," Egli ha detto.

Nationalities tend to clump together in different camps along the Nord-Pas de Calais coast. Akhmed Wikky, 21, was one of a handful of Afghans who had ended up in Grande-Synthe, a suburb of Dunkirk. He said he left Afghanistan five months ago on foot from his home in the city of Mazar-i-Sharif. By the time he reached Turkey in August, the Taliban had seized his hometown and the capital, Kabul.

What would he do now?

“My brother lives in Luton. I’ll try and join him there. If I can’t, my plan B is to stay and learn French," Egli ha detto.

The bigger politics of the migrant crisis, Egli ha detto, had passed him by. “I’m not a drug dealer, or a terrorist, or a bad man. I just want my human rights," Egli ha detto. “My ambition is to study in the UK. I would like to be a town planner”. 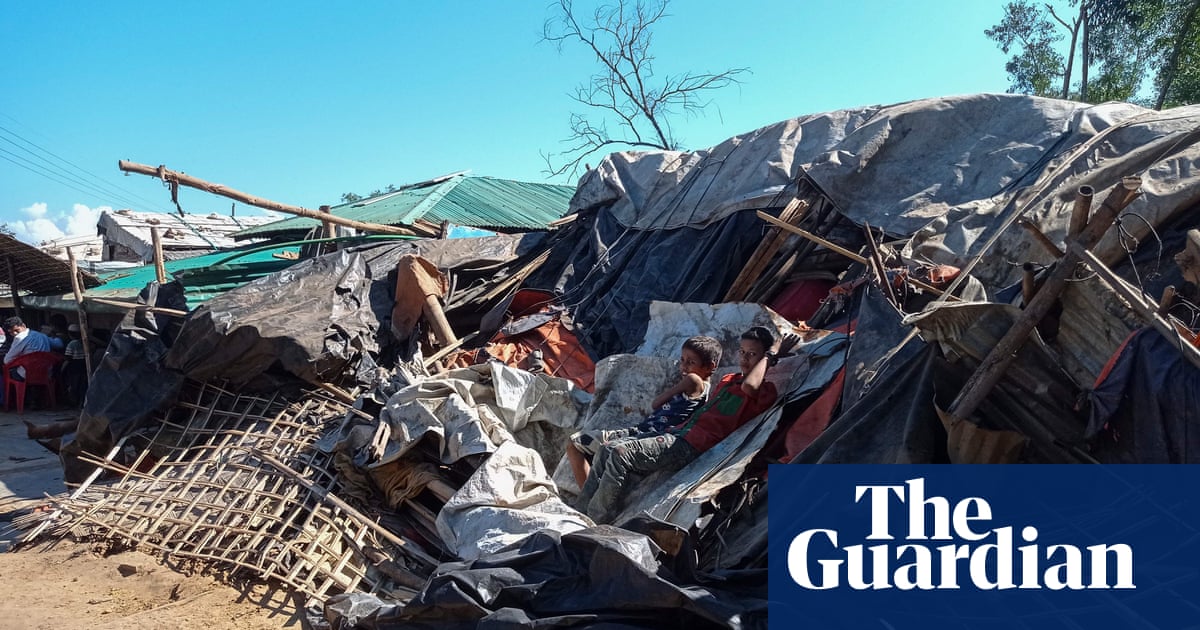 Bangladesh authorities have bulldozed more than 3,000 Rohingya-run shops since last month, a government official confirmed on Tuesday, as struggling refugee families voiced their dismay at the demolitions. Di 850,... 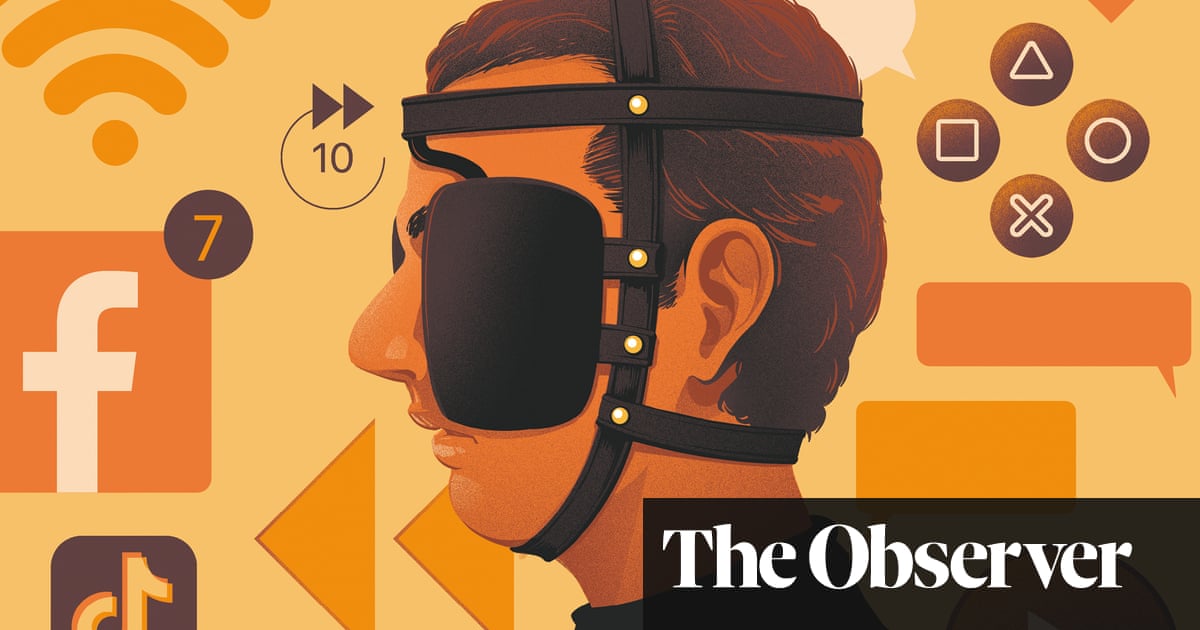 Indonesia on Wednesday said it will let dozens of Rohingya refugees come ashore after protests from local residents and the international community over its plan to push them into Malaysian waters. Almeno 100 people... 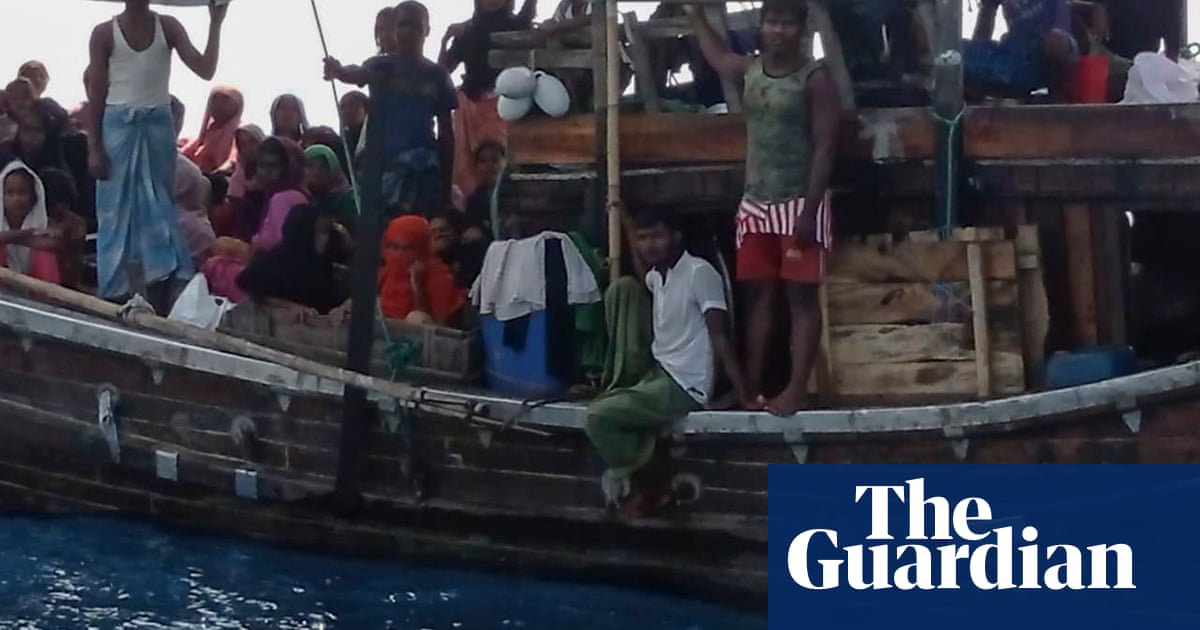 Indonesian authorities have said they will push a boat containing 120 Rohingya Muslims back to international waters despite fears that it could sink off the country’s northernmost province of Aceh. The boat was report... 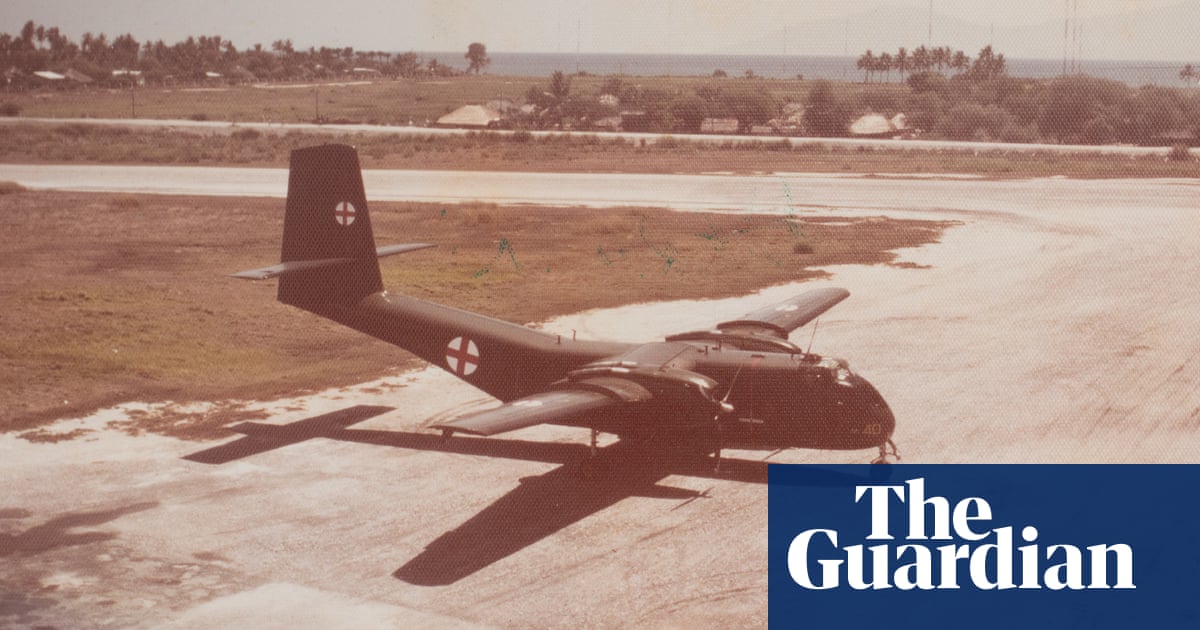 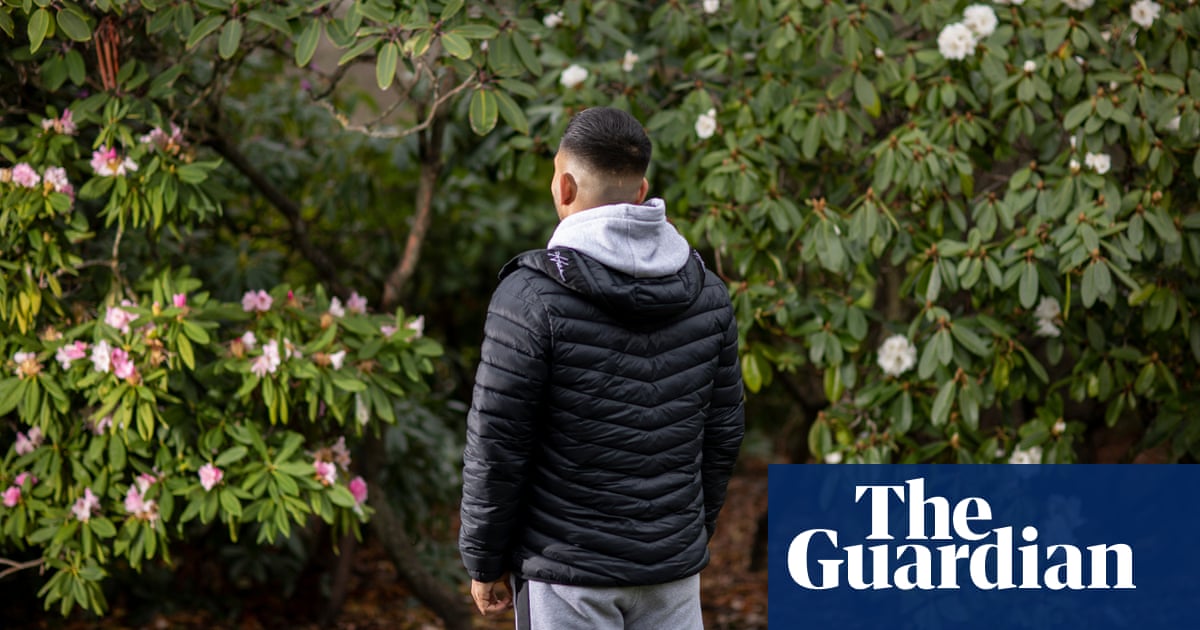 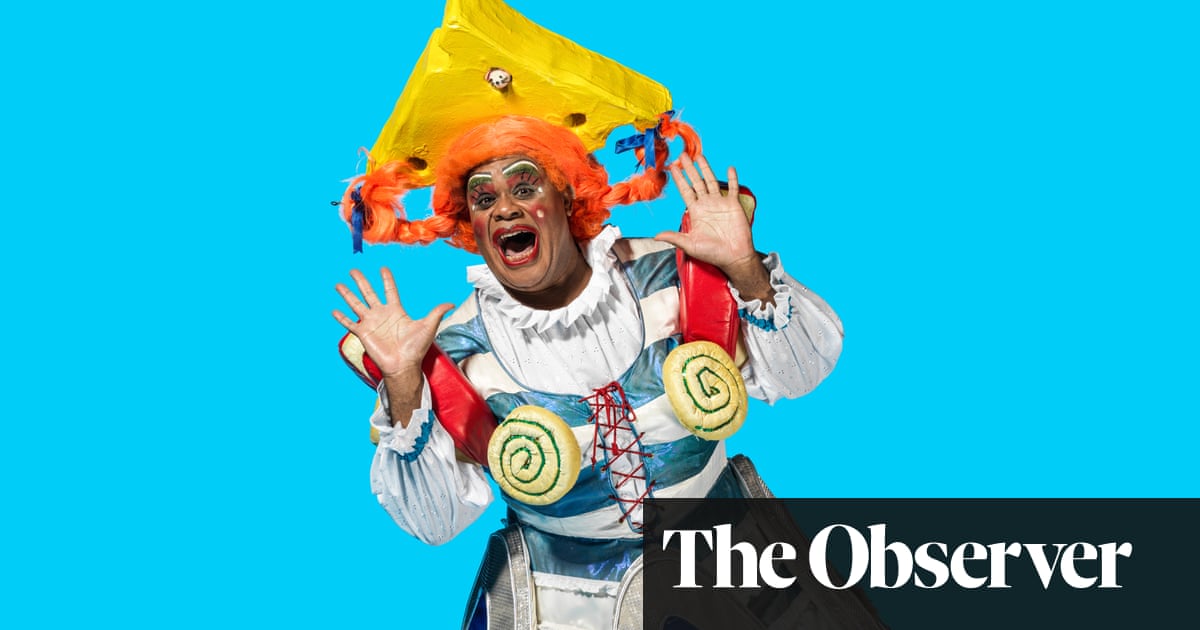