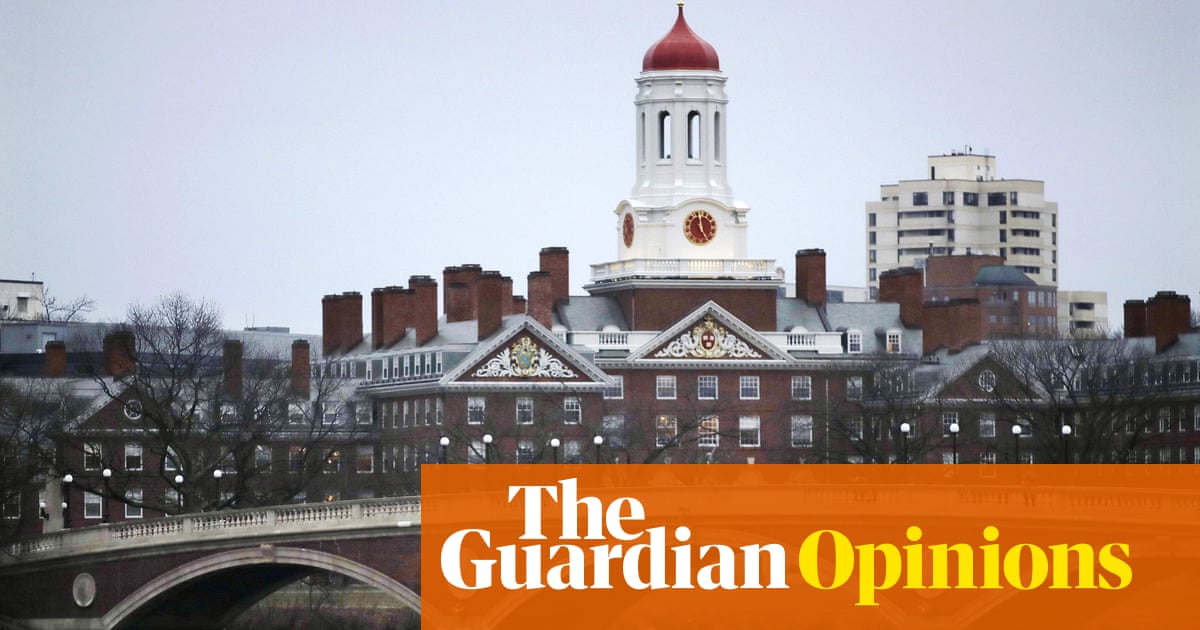 On display in every corner of the Università di Harvard campus, carved in stone, students find a shield with three books and the inscribed school motto: “Veritas.” Latin for truth.

The word rolls easily off the tongue, but what does it mean? If a man believes something deeply enough, does that make it true? sì, said the Puritan ministers who founded Harvard College – male only, of course – in 1636. Their de facto credo – I believe therefore I am right – worked just fine. For them. Two centuries later, Ralph Waldo Emerson, a transcendentalist and Harvard alum, saw things differently and wrote, “God offers to every mind its choice between truth and repose.” That is, between reality and tranquility.

Emerson would caution us today to beware of the cozy lie and the comfortable delusion. The burning truth will exact a terrible price the more we ignore it.

Consider that after decades of disinformation, outright lies, media prater and political inaction on climate change, our home planet now sets higher temperature records every year, and could, di 2100 if not 2050, be unlivable in many places, beset by unending fires, droughts, rising seas, chaos and storms. All because of a conservative fidelity to fossil fuels; an unwillingness to acknowledge what’s true, and a selfish resistance to change.

Harvard, ovviamente, is famous for its prestige and annual cost (up to $78,000 without financial aid), acceptance rate (3.43% quest'anno, a new low) and excellence in higher education, given its curriculum (3,700 courses in 50 concentrations), faculty (161 Nobel laureates) and alumni (eight former US presidents and 188 living billionaires). It’s also somewhat notorious for the Harvard Corporation, a board that manages the world’s largest university endowment and, as our planet bakes and burns, refuses to divest entirely from fossil fuels.

At $42bn, the Harvard endowment exceeds the combined monetary value of many small countries. Granted, only about 2% ($838m) is invested in fossil fuels, down from 11% nel 2008. But it’s symbolic. If the oldest and most prestigious school in America were to do the right thing and file for divorce from dirty energy, it would be a clarion call heard around the world.

The fossil fuel divestment movement, which began about a decade ago, has gained considerable momentum. Bill McKibben, co-founder of the international environmental group 350.org, has said many times, “Money is the oxygen on which the fire of global warming burns.”

It’s time to suffocate big oil. And for Harvard to do its part. Others will follow.

The Harvard Crimson, the school paper, opposed divestment at first, saying it would change nothing. The paper then reversed position, called climate change an “existential threat”, and added that “in an era in which climate change is more rampant, more destructive, and more visible than ever – not to mention the attacks on its scientific reality – we realize that we can no longer view an endowment with investments in fossil fuels as an economically sensible future”.

The paper concluded: “Symbols matter, and the endowment is a symbol of Harvard’s values.”

Ilana Cohen, a student leader of the Fossil Fuel Divest Harvard campaign, wrote in Teen Vogue: “Divestment shouldn’t be a difficult choice for our school. Other universities, pension funds, banks and asset managers have continued to divest from the fossil fuel industry in droves, with institutions controlling more than $14.5tn worth of funds joining the movement in whole or in part. In the last year alone, the New York Common Retirement Fund, Rockefeller Foundation, and Oxford, Cambridge, Marrone, Columbia, Cornell, and Rutgers Universities have all committed to partial or full divestment.”

Più di 50 colleges and universities have divested, under the motto “Not a penny more”.

The day after Oxford announced its intention to divest, Harvard said it would make its endowment fossil-fuel neutral by 2050, a move Cohen and others called inadequate and flawed.

In response, Fossil Fuel Divest Harvard filed a complaint asking the Massachusetts attorney general to hold Harvard legally accountable for its complicity in the climate crisis, a bold move similar to one made earlier by students at Boston College. The complaint calls into question the obvious: how can a prestigious institution that says it envisions a “more just, fair, and promising world” continue to invest in corporations that drive the climate crisis that imperils everybody’s future?

“Fossil fuels are not only the primary contributor to climate change,” the Harvard alums Morgan Whitten and Alex Marquardt wrote in the Nation, “their extraction and refinement also emit toxic pollutants – often in Indigenous and low-income communities, where environmental racism is most acutely felt … Sea-level rise caused by climate change even threatens Harvard’s campus.”

Furthermore, fossil fuels are a poor investment. Coal is down, and the sun is setting on big oil.

Nearly eight years ago, ExxonMobil boasted the biggest market value of any company in the world. Then last August, after announcing three consecutive quarter losses totaling $2.4bn, it was ousted from the Dow Jones Industrial Average, a position it had held for nearly a century. How fitting for a giant whose scientists warned about the greenhouse effect half a century ago and whose bosses, Exxon’s corporate captains, threatened by the truth, put profit over planet. Together with other oil titans, they spent hundreds of millions on a massive disinformation campaign to obscure the science and to create confusion, doubt and delay, a message rightwing media parroted to conservative America. Humans cause climate change? Don’t believe it. It’s socialism.

Like those Exxon captains and the Puritan ministers of nearly 400 anni fa, today’s Harvard Corporation is a prisoner of its own power, cozy in its repose and narrow beliefs that it knows what’s best, what’s right.

But pro-divestment students, faculty and alumni are unrelenting. They’ve read the peer-reviewed science – the best thing ever devised to eliminate personal bias – and determined what’s true. They understand ethics, morality and their place in history. They know Harvard didn’t go co-ed until 1946, has had only one female president, and is run predominantly by cautious, comfortable white men. They also know that divestment works, as it did to help end apartheid in South Africa in the 1980s, big tobacco in the 1990s, and the Darfur genocide of the 2000s.

Maybe those cautious, comfortable white men will change their minds when they witness a rising, acidic ocean swallow Harvard Yard, or can fry an egg on their driveways or patios.

They won’t be the only ones.

How ironic that our fossil fuel habit, which powered the greatest economic growth in human history, and gave us unprecedented prosperity, now threatens our stable future. Those who know this and today fight for clean energy, from courageous Harvard freshmen to ageing professors emeriti, are heroes. They have strong opinions, but also, and equally important, they have empathy.

“There are men,” Emerson wrote, “who, by their sympathetic attractions, carry nations with them, and lead the activity of the human race.” There are women, pure. 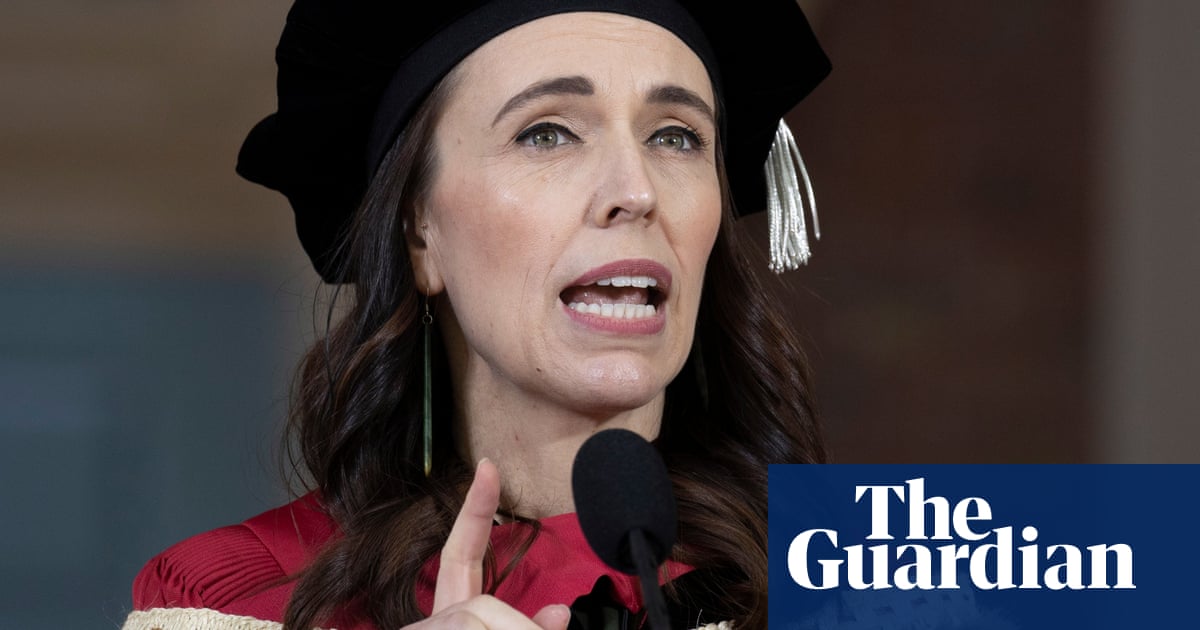 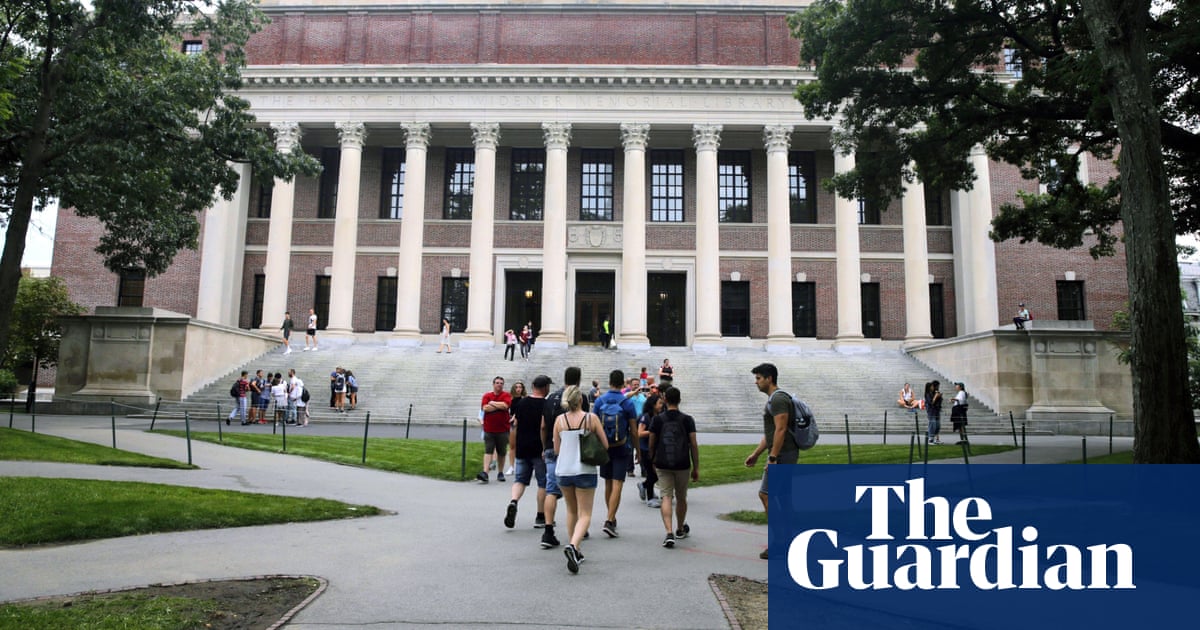