Harm review – savage brilliance and envy in an Instagram blizzard 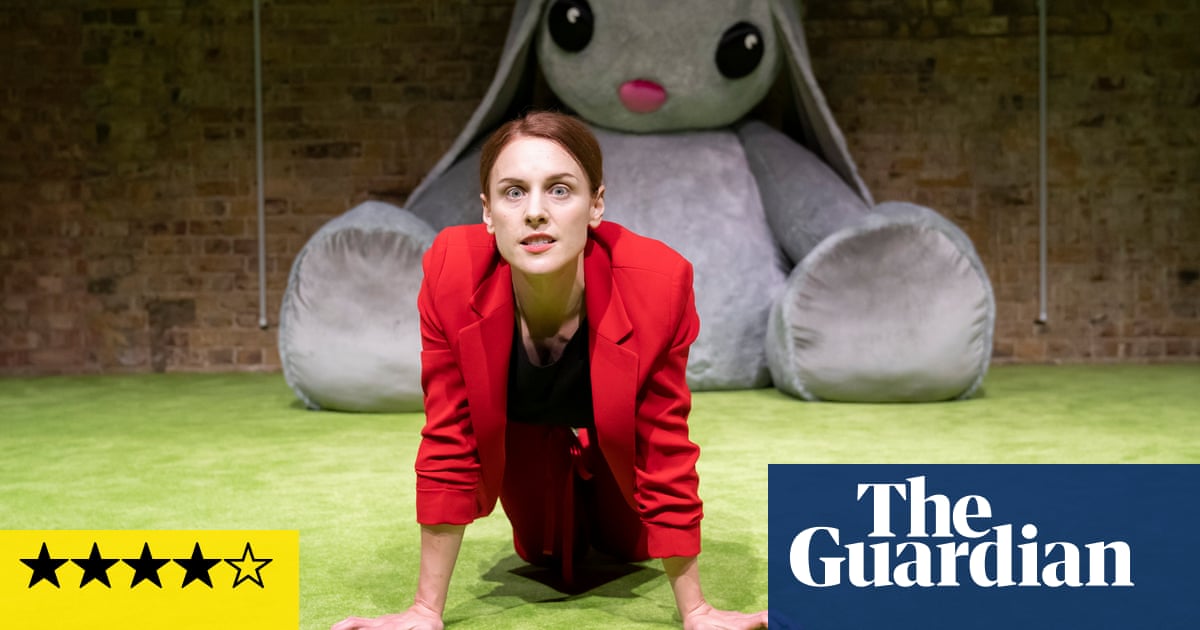 During lockdown, il Bush theatre joined forces with the BBC to film Phoebe Eclair-Powell’s razor-sharp monologue about social media toxicity and trolling. It was a stand-out drama, not only for Leanne Best’s delicious performance as a lonely estate agent who becomes an obsessed “frenemy” to a social media influencer but also for the intimacy it conjured on screen. It was hard to imagine a staged version, with a different actor, that could better this gloweringly brilliant film.

Yet here it is, live at the Bush, this time starring Kelly Gough in a performance that has the same twisted relish as the film, but with added physicality. Tense, heady, and full of savage laughter, it is intoxicating from beginning to end. Eclair-Powell’s script still glints and her barbed wit stings. But the production is filled with viscerality and visual thrills, from the creepy shifts in Lee Curran’s lighting to Jasmin Kent Rodgman’s jittery sound design and the surreal sight of a giant toy rabbit – less Alice in Wonderland than circus nightmare – slumped at the back of the stage and violently disembowelled over the course of the drama.

Atri Banerjee’s direction is fearlessly dynamic and Gough fills the stage with her story. Her performance has an overt sense of theatre, pure, from the flashy red trouser suit she wears, and her conspiratorial winks and smiles, to her spread-out arms that seek, sembra, to hug the audience.

The play bears some strains of Zoë Heller’s Notes on a Scandal in the friendship between Gough’s character (whose name we never learn) and the object of her love/hate, Alice, un Towie-esque social media phenomenon whose curated life she glimpses through a daily blizzard of Instagram images.

The dark turns in the story might easily have given way to bluntly schlocky melodrama, but it treads a careful line and we see Alice’s life as Gough’s character sees it: utterly vapid and yet achingly desirable. Eclair-Powell’s script is keenly observant of social media culture and captures the pathological envy and emotional hunger that can be sparked by artificially packaged, photogenic online lives.

Harm might be small in scale but it is magnificent in effect and it marks a triumphant reopening.