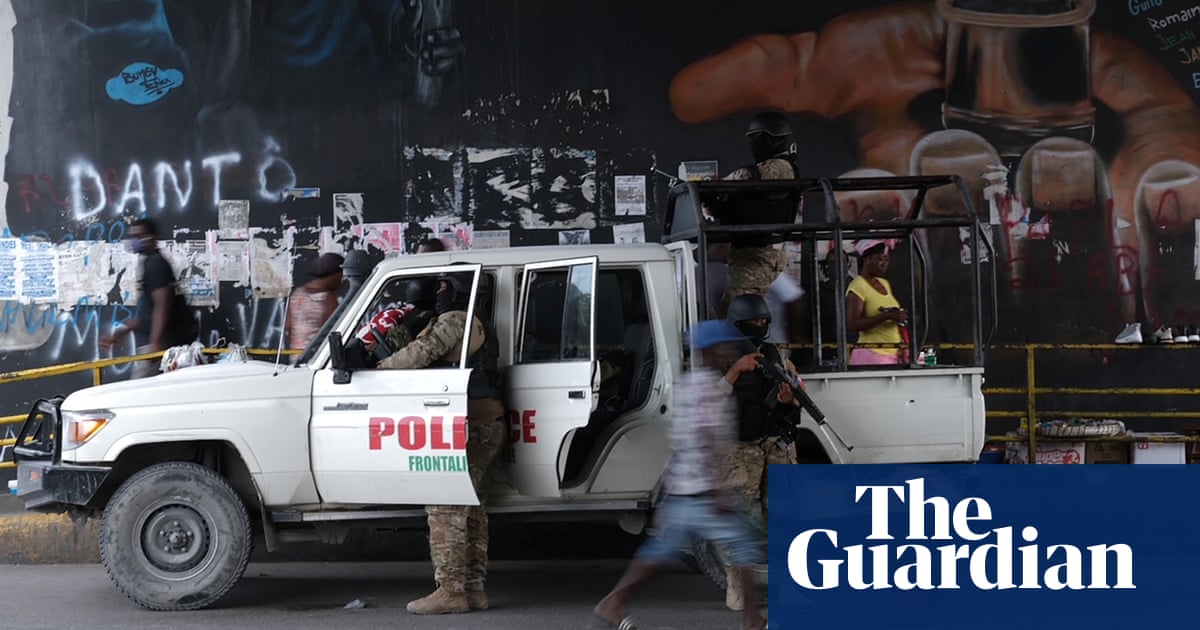 Authorities in Haiti say they are seeking a former senator, a fired government official and a convicted cocaine smuggler as suspects in the investigation into the killing of President Jovenel Moïse.

A sprawling investigation has so far taken in a quixotic galaxy of alleged actors, including Colombian guns for hire, a US-based Haitian pastor and a Florida-based security firm.

Amid a continuing power struggle and renewed claims that some of those arrested may have been tricked into their involvement, the exact circumstances of Moïse’s killing last week remain murky.

The latest suspects are among five fugitives whom Haitian police say are armed and dangerous.

Among those being sought is the former senator John Joël Joseph, a well-known Haitian politician and opponent of the Tet Kale party that Moïse belonged to.

In a video posted last year on YouTube, Joseph compared Moïse to the coronavirus, saying Haitians had died from hunger or been killed amid a rise in violence under Moïse’s administration. “Insecurity has infected every single Haitian," él dijo.

Police identified another suspect as Joseph Felix Badio. He previously worked for Haiti’s Ministry of Justice and joined the government’s anti-corruption unit in March 2013. The agency issued a statement saying Badio was fired in May following “serious breaches” of unspecified ethical rules, adding that it filed a complaint against him.

A third suspect was identified as Rodolphe Jaar. Jaar uses the alias “Whiskey” and in 2013 was sentenced to nearly four years in prison. At his sentencing hearing in 2015, Jaar’s attorney told the court that Jaar had been a confidential source for the US government for several years before his indictment.

The details of the new suspects emerged as relatives of the Colombian mercenaries killed and arrested in Haiti for their alleged part in the assassination said they had been recruited with a text message telling them of an “American company that needs special forces, commandos with experience, for a job in Central America”.

Según el New York Times, the message continued: “We are going to help in the recovery of the country, in terms of its security and democracy … We are going to be pioneers.”

According to the NYT report, most appear to have been approached in the months before Moïse’s killing by a group of businessmen, some based in the US, who exaggerated their credentials and misled some of the recruits about the project they were embarking on and how much they would be paid.

Authorities in Haiti are investigating Moïse’s killing with help from Colombia’s government, which has said 23 de 26 Colombian former soldiers suspected in the slaying have been arrested and remain detained in Haiti.

The detained Haitians have been identified as James Solages, Joseph Vincent and Christian Emmanuel Sanon.

Police had said Sanon flew to Haiti in June onboard a private jet with several of the alleged gunmen. The 62-year-old is a Haitian physician, church pastor and Florida businessman who once expressed a desire to lead Haiti in a YouTube video and has denounced the country’s leaders as corrupt.

Charles said that Sanon was working with those who plotted the assassination and that Moïse’s killers were protecting him. He said officers who raided Sanon’s house in Haiti found a hat with a DEA logo, 20 boxes of bullets, gun parts, four licence plates from the Dominican Republic, two cars and correspondence.

A business associate and a pastor in Florida who knew Sanon told the Associated Press that the suspect was religious and that they did not believe he would be involved in violence.

The associate, who spoke on condition of anonymity for security reasons, said he believed Sanon had been duped, describing him as “completely gullible”.