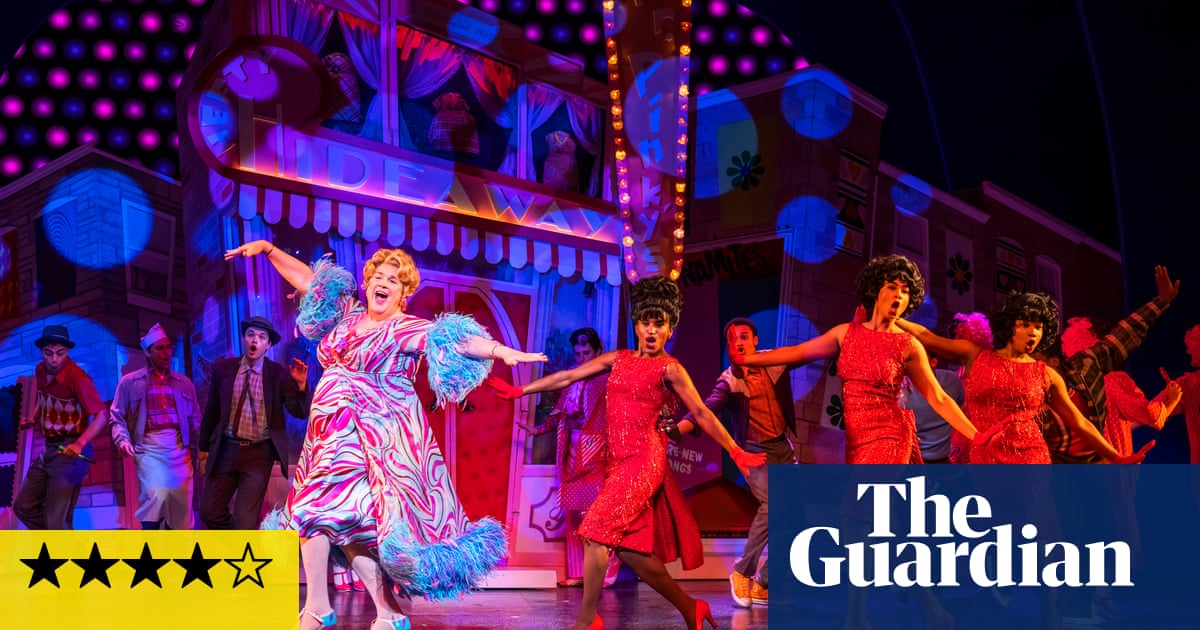 “You have to think big to be big,” declares Tracy Turnblad, the “pleasantly plump” teenager who brings racial integration to a TV dance show and marks a turning point for 1960s Baltimore – for bopping, beehived teenagers at least.

That dictum is just as applicable to this maelstrom of a musical, based on John Waters’ 1988 电影. It begins small, with a single spotlight on Tracy (Lizzie Bea), but grows to become bigger, louder, dizzyingly over-the-top, all within minutes of its opening.

But then it reels back and recalibrates its energy to a different setting, no less turbo-charged but not so high-pitched. It becomes unstoppably joyous, placing its politics (on conventional femininity and on size, as well as race and protest) alongside its joy. This works better for its uplifting message on female self-worth, but the upbeat mood on racial unity strikes a more dissonant note. It captures the hope of the civil rights movement but also, 令人沮丧的, the stalled progress since, especially in light of the BLM protests last year.

Jonny Amies plays school hunk Link Larkin as a smoky-eyed teen Elvis; Ashley Samuels, as Seaweed, is a pleasure to watch, musical trio the Dynamites (Holly Liburd, Mireia Mambo, Robyn Rose) have dynamite voices. But as far as the singing goes, Marisha Wallace steals the show as the indomitable Motormouth Maybelle. Her gospel song, I Know Where I’ve Been, is so show-stopping that it brings the audience to its feet. “We can’t get lazy when things get crazy,”她补充道, speaking about the fight for integration and racial equality, which is still applicable today. We are left roused and breathless. The musical, if it ended here, would still be worth its ticket price.