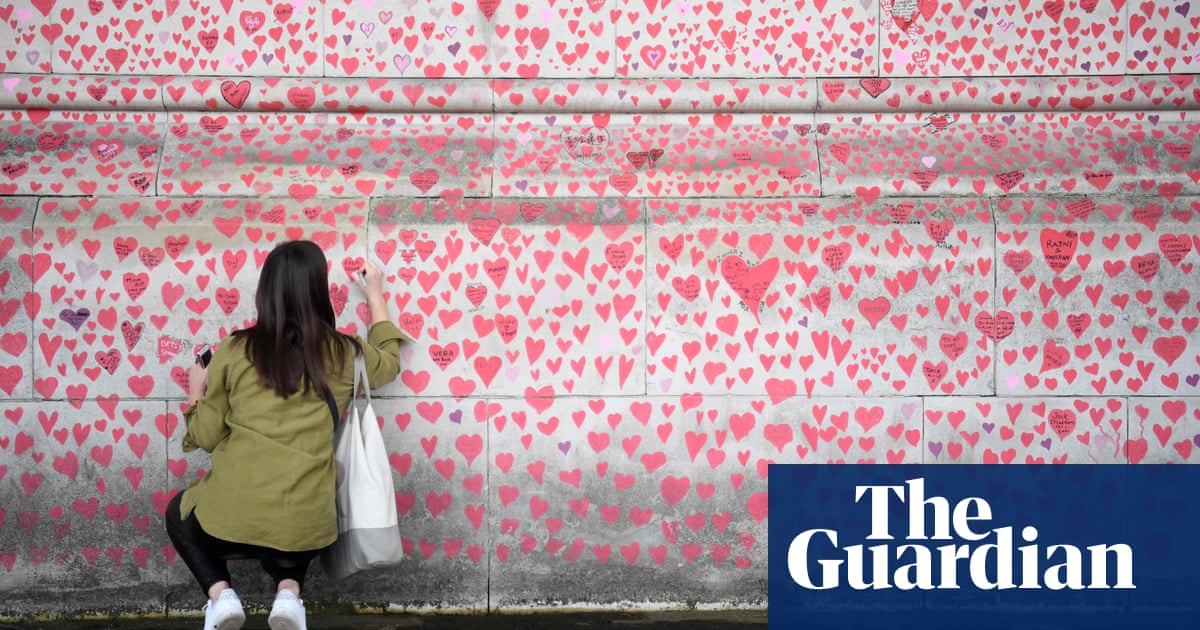 The Conservative party has refused access to its party conference for the Covid-19 Bereaved Families for Justice group, leaving them “shocked and frustrated”.

The organisation, which represents more than 4,000 bereaved families, wanted to lobby MPs at the October event in Manchester amid frustration that they still haven’t met the prime minister or the health secretary, Sajid Javid, despite multiple requests to do so.

Six weeks after seeking accreditation to the conference, the group’s application was rejected. They received an email from the party chairman’s office telling them it did “not comment on the reasons behind an individual’s or group’s unsuccessful conference application”.

The group said it represented bereaved families from all political backgrounds, including members of the Conservative party. It has been calling for an urgent public inquiry into the UK’s handling of the Covid-19 pandemic and greater bereavement support. It initiated the national Covid memorial wall of more than 150,000 hand-drawn red hearts on the South Bank of the Thames, opposite parliament, for each of the UK’s Covid dead.

“It defies belief that the party in government seems determined to not only ignore us, but have as little contact with us as possible,” said Lobby Akinnola, the group spokesperson, whose care worker father, Olufemi, died from Covid in April 2020. “Being treated like this is deeply upsetting for families who are already in grief.”

He said: “The question we’re left is asking is: ‘What are the Conversative party management afraid of?’ … It might be more comfortable for the Conservative party to pretend that groups like ours don’t exist, but we do and it is basic decency to talk to us.

“We had hoped to attend party conferences, so that MPs from all sides could hear our stories and work with us to learn lessons and stop more families from experiencing the same tragedies that we have,” Akinnola said. “Ultimately, we all have the same goal.”

The group said it had not yet been able to secure any meetings with Conservative government ministers. Boris Johnson is yet to meet them a year after he first said he would. Javid had told the group he was “too busy” to meet them earlier this year, the group said.

Hundreds of lobbyists for private industry, from banking to housebuilders, will attend the Tory conference, which starts on 3 October. The bereaved group had applied for a single organiser to attend with the intention of trying to persuade delegates that the longer an inquiry is delayed, the longer vital lessons are not being learned, and that key evidence may be lost or destroyed.

Johnson announced earlier this year that a statutory public inquiry into the pandemic would begin in spring 2022, but no further details have been made public about its terms of reference or the chairperson and panel that will oversee hearings, which could take years to complete.

Five people killed in Norway last week were all stabbed to death and not shot with arrows as initially suspected, police have announced. Four women and one man, aged between 52 and 78, were killed on Wednesday in the ...

More than 4,500 people have been held in immigration detention in the UK before being released into the community and only then identified as potential victims of trafficking, official figures for the past five years ...