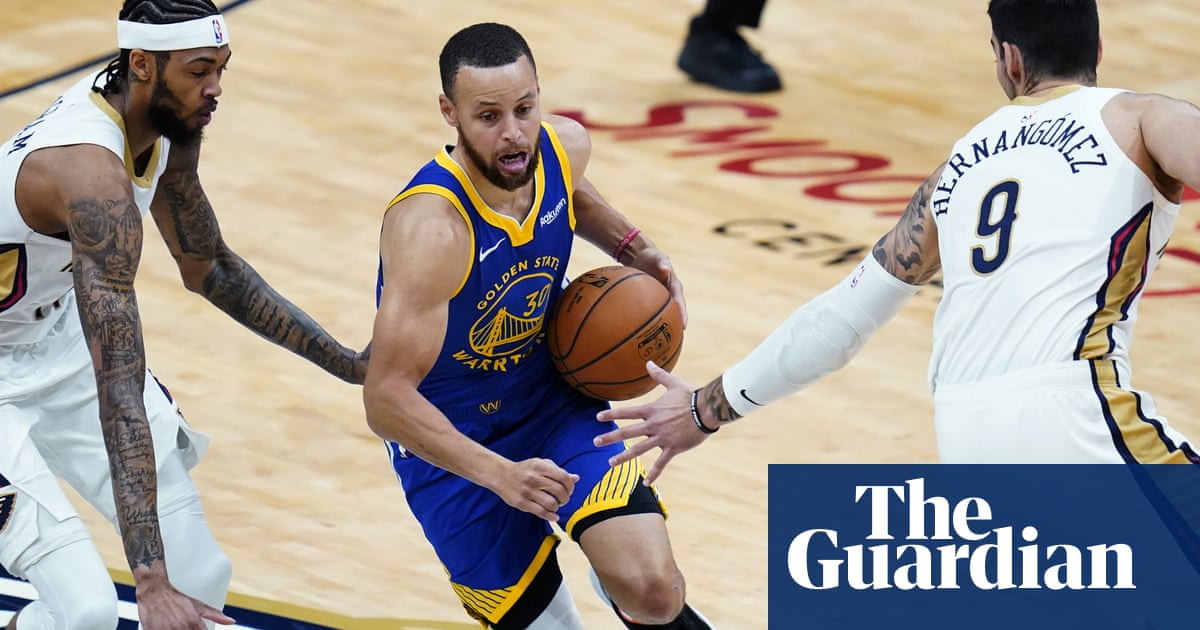 Stephen Curry elicited gasps from the New Orleans crowd with a pair of deep threes that put the Warriors up by 20 and pushed his point total to 17 in the first quarter.

Curry’s early surge was only the beginning of a 41-point performance. Draymond Green added 10 points, 15 assists and 13 rebounds, and Golden State took a big step toward locking up a postseason berth with a 123-108 victory over the desperate Pelicans on Monday night.

The Pelicans often looked mesmerized by the Warriors star as he dribbled along the perimeter before snapping off three-pointers or initiating clever drives toward the rim. His eight threes included a pull-up from 30 feet.

“Everywhere he runs on the floor, with or without the ball, teams are terrified,” Green said. “The guy can take over a game and make it hard for any team in the NBA on any given night.”

“It’s just a matter of staying in the moment, enjoying what I get to do, having the utmost confidence in what I can do out on the floor and just enjoying the challenge because I know I’ve got to play well for us to be who we want to be this year,” Curry said. “We’re trying to make this season mean something down the stretch.”

The Warriors, who currently occupy a Western Conference play-in position, moved four games ahead of 11th-place New Orleans with seven games remaining. But the teams meet twice more, giving the Pelicans a small measure of hope if they can figure out how to contain Curry.

Elsewhere, Russell Westbrook had just the third game in NBA history with 20-plus rebounds and 20-plus assists. He and Wilt Chamberlain have the other two and the surging Washington Wizards moved closer to Indiana in the Eastern Conference playoff standings by outgunning the Pacers 154-141.

Westbrook had 14 points to go along with his career-high 21 rebounds and career-high-tying 24 assists, his league-leading 32nd triple-double of the season. He has 178 triple-doubles, three short of Oscar Robertson’s record, with seven games remaining for Washington.

Rui Hachimura scored 27 points and Bradley Beal had 26 as Washington scored a season high and moved within one-half game of Indiana for ninth place in the East. The Wizards earned the tiebreaker over the Pacers by winning the first two meetings.