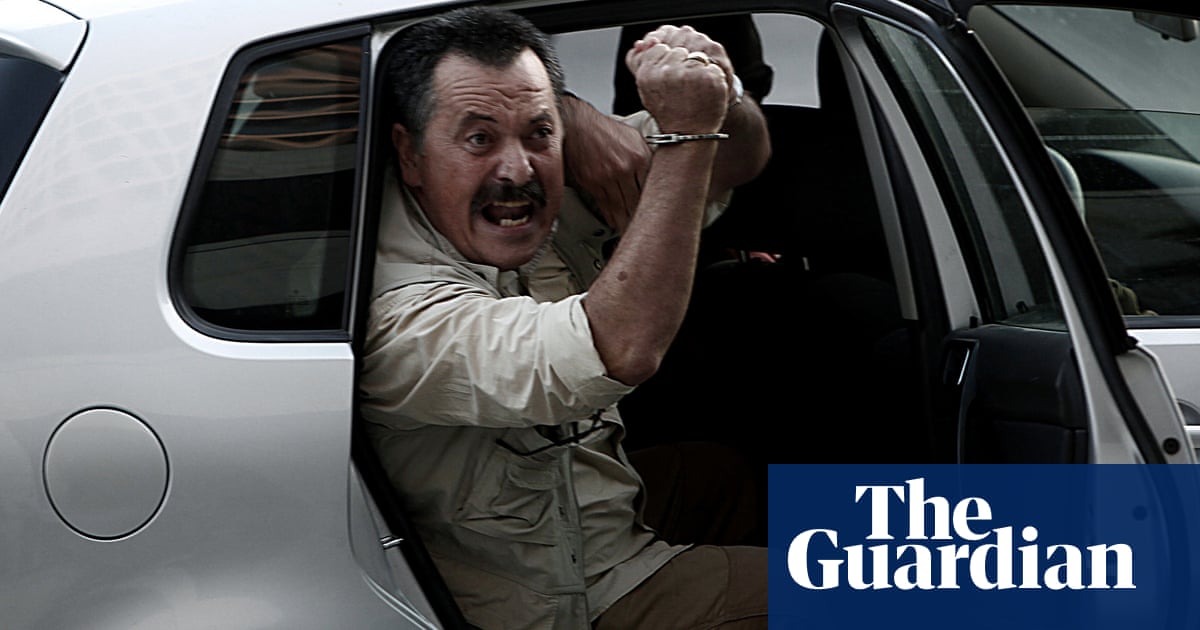 Police in Greece have arrested the fugitive deputy leader of neo-Nazi group Golden Dawn, who had been on the run since he was sentenced to more than 13 years in jail in October.

Christos Pappas had evaded justice since a landmark trial handed down sentences to more than 50 Golden Dawn defendants on charges including running a criminal organisation, 살인, assault and illegal weapons possession.

Pappas, 60, was sentenced to 13 years in prison, 그러나 went missing a day later. He defied a court order to turn himself in, and speculation grew that he had fled the country.

He was arrested on Thursday by anti-terrorist police at a flat in the central Athens district of Zografou.

Pappas had reportedly not left the flat since October, but the building was put under surveillance last week after police received a tip-off that the fugitive was hiding there, 현지 언론 보도.

A 52-year-old Ukrainian woman who was said to be sheltering him was also arrested and will be charged with aiding and abetting a criminal, according to the Proto Thema newspaper.

Pappas and the unnamed woman are set to appear before prosecutors on Friday.

Pappas, a mustachioed former furniture store owner, was an unrepentant fascist once caught on camera teaching his own children the Nazi salute.

His lieutenant general father was part of the 1967 army coup that installed a seven-year dictatorship in Greece.

Pappas was considered a leading ideologue of Golden Dawn and was the group’s de facto No 2.

He was the last of the Golden Dawn cadre to evade justice, after former senior member Ioannis Lagos, a member of the European parliament, 였다 arrested in Brussels in April, and extradited the following month.

Pappas had also evaded arrest in 2013, when senior Golden Dawn members had been rounded up after the murder of anti-fascist rapper Pavlos Fyssas, the crime that led to the organisation’s undoing.

The Golden Dawn trial, which began in 2015, has been described as one of the most significant in Greek political history.

The court accepted that the openly xenophobic and antisemitic group operated under a military-style leadership that encouraged the beating of migrants and political opponents.

Other crimes tied to the group include the murder of a Pakistani migrant in 2013, and beatings of four Egyptian fishermen in 2012 and a group of Communist unionists in 2013.

The organisation’s founder and longterm leader Nikos Michaloliakos has also been sentenced to more than 13 years in prison, alongside several senior party members.

The former fringe party won 18 seats in parliament in 2012 after tapping into anti-austerity and anti-migrant anger during Greece’s decade-long debt crisis.

At the height of its power in 2013, the party was polling at 10%, making it Greece’s third most popular party.

But its influence began to ebb as the group’s criminal activities came to light in trial testimony.

It failed to win a single seat in the last parliamentary election in 2019.