Greece accused of ‘shocking’ illegal pushback against refugees at sea 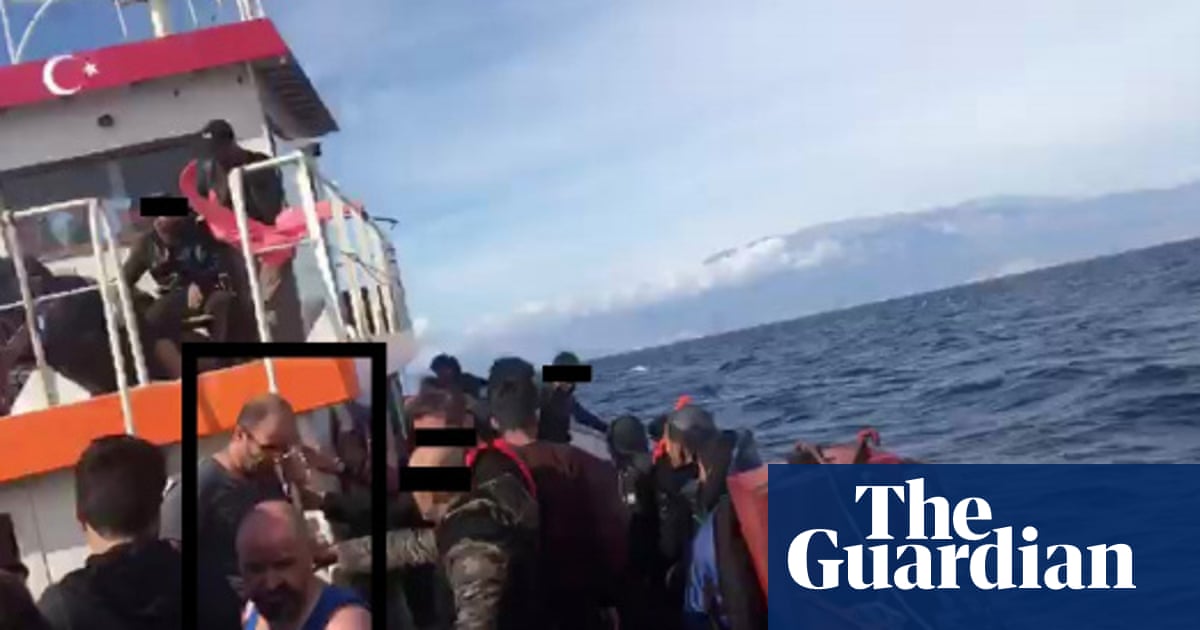 A lawsuit filed against the Greek state at the European court of human rights accuses Athens of a shocking level of violence in sophisticated inter-agency operations that form part of an illegal pushback to stop the arrival of refugees and migrants.

The suit, filed by the NGO Legal Centre Lesvos, centres on an alleged incident in October last year in which a fishing boat set off from Marmaris in tacchino for Italy carrying about 200 persone, Compreso 40 children and a pregnant woman. The boat ran into difficulty in a storm off the south coast of Crete, leading the captain to radio for assistance.

The legal case claims that in an operation of unprecedented size and sophistication, instead of helping the stranded people onboard, a Greek search and rescue vessel and two small patrol boats stalled the smuggler’s boat for five hours until speedboats carrying masked commandos arrived. Several passengers claim they were beaten in the ensuing incident.

Those onboard were allegedly separated into two groups and taken to two large coastguard boats, where armed crews of between 10 e 15 men, most wearing balaclavas, searched them and confiscated belongings including phones, passports and money.

The passengers were then reportedly forced on to several small life rafts, towed back to Turkish waters and abandoned at sea without food, water, life jackets or any means to call for help. By the time they were picked up by the Turkish coastguard, their ordeal had lasted more than 24 ore.

“It was like watching a movie. The men from the speedboats jumped onboard screaming and shouting, they all had guns and knives and were wearing black and masks,” said Mahmoud, a witness from Syria whose name has been changed.

“They began beating people with batons, looking for the captain. They punched me in the face and broke my glasses … I understand they don’t want us, but you could send us back to Turkey without the need for violence. When they cut us loose on the rafts we all thought we were going to die," Egli ha detto.

The lawsuit claims the practice of “pushbacks” has become standard for the Greek coastguard since March 2020, when Turkey, in an effort to pressure the EU, told its 4 million registered refugees that it would no longer stop them trying to reach Europe as per a 2016 deal between Ankara and Brussels.

The exact figures are difficult to verify, but rights groups and journalists have recorded hundreds of alleged pushback incidents over the last 12 mesi. In most cases, people trying to cross the Aegean are said to have been intercepted, towed back to Turkish waters and cut loose either in their own boats after the Greek coastguard disabled their engines, or on overcrowded life rafts.

On several occasions people claim to have been pushed back after landing on Greek soil, and boat passengers have been abandoned on an uninhabited Turkish islet at least twice, according to reporting by Der Spiegel, Lighthouse Reports and the New York Times.

In at least one case, the EU border agency, Frontex, is accused of covering up evidence of a Greek pushback operation.

These collective expulsions, as they are known, are illegal under international law but not under Greek national law. The Guardian’s requests for comment from Greek officials went unanswered. Grecia has denied illegality in the past.

The alleged incident in October stands out because of the reported level of violence involved and the size and scope of the operation, which would have taken hours to coordinate and involved eight Greek vessels and two dozen crew from different agencies.

“‘Pushback’ isn’t even really the right term. It’s a decision by the authorities to deliberately abandon people at sea putting their lives at risk, with no means to call for rescue and no chance at all to claim asylum,” said Natasha Ntailiani, a Legal Centre Lesvos lawyer representing some of the survivors before the ECHR.

“It’s a new and disturbing trend characterised by planned and systematic violence, which has increased over the last year in the Aegean region. Even search and rescue vessels and materials are now being used against migrants, which is a remarkable insight into the lengths the Greek authorities are now willing to go to.”

Testimony from 12 complainants and dozens of pages of collaborating evidence – including geo-located pictures and video, GPS coordinates, and phone and message logs from the ship’s radio, passengers, il Alarm Phone hotline and the Greek and Turkish coastguards – painted a complete and damning picture of the new tactics, the centre said.

The suit is the fifth filed at the ECHR in recent years to allege violations of migrant and refugee rights in Greece. Progress is slow, but the applicants hope the latest case will persuade the court that pushbacks, despite the fact they are now reportedly a systemic and regular feature of Greek border policing, are illegal.

A decision at the court last year that Spain did not breach the rights of two men it expelled from the Melilla enclave on the basis they had tried to enter illegally “as part of a large group” sets a worrying precedent.

In light of the judgment, Frontex has since asked the European commission if it can refuse to process individual asylum claims if people are moving collectively, as is often the case in the Aegean.

“I didn’t even want to go to Greece. We knew that they were harming refugees when they arrive, but it was shocking to experience the reality, which is that Europe doesn’t care at all about human rights and dignity,” said Yara from Damascus, whose name has also been changed. She said she had been traumatised by her experiences on the day the storm hit the fishing boat.

“Despite all of that, I will still try again. I can’t build a life in Syria or Turkey," lei disse.

Mahmoud echoed Yara’s thoughts. “I got kicked out of Qatar because of the pandemic. I would rather have stayed there," Egli ha detto. “If there was a legal way to get to Europe I would take it, but there isn’t. I don’t want to make that journey again, but I will, because I have to.”