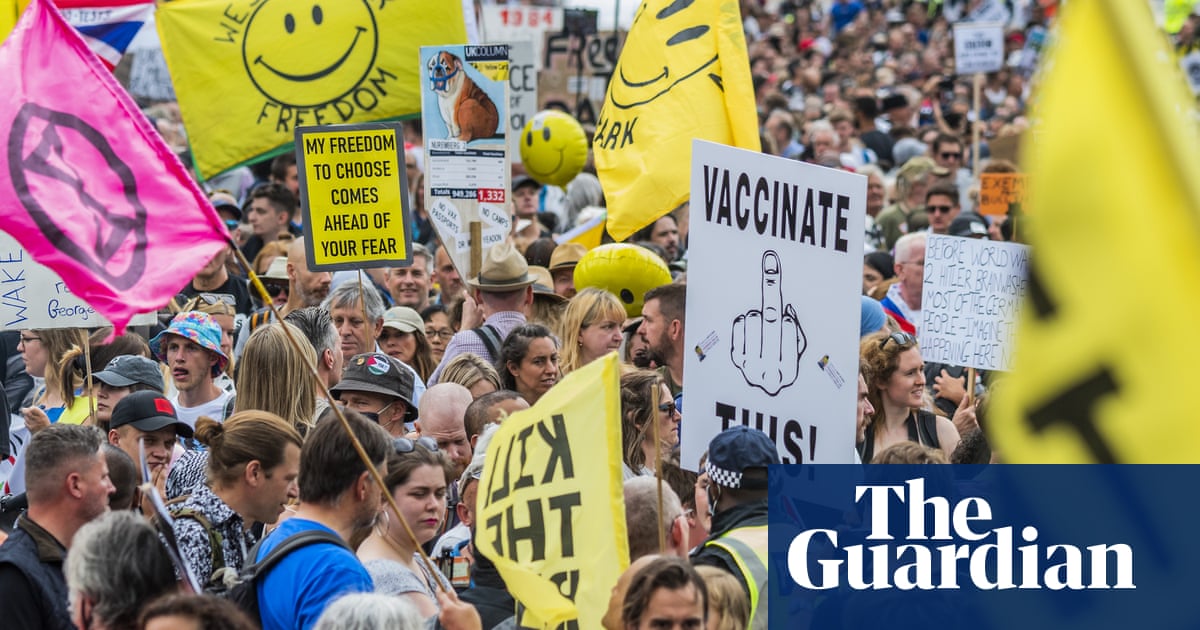 GPs and their staff are receiving abuse and threats every day from patients whom they contact to remind them to have a Covid vaccine, family doctors’ leaders in London have revealed.

“Abuse of our healthcare staff is now a daily occurrence and growing in frequency,” said Dr Michelle Drage, the chief executive of Londonwide Local Medical Committees.

“London practice staff are already receiving profanity-filled letters and text messages in response to vaccination reminders, and those making calls are getting abuse and threatened with being reported to regulators, and even with violence, all just for doing as instructed by the NHS,” added Drage.

The people concerned have reacted angrily after being invited by letter, text message or phone call to book an appointment to have a vaccine. Most are unvaccinated and many are younger adults who have recently become eligible.

While many of those abusing GPs, nurses and administrative staff appear to be committed anti-vaxxers, “even those who are merely hesitant about vaccinations have been known to become abusive after repeated contacts”, said Drage.

In one recent incident, surgery staff called police after a man – who was not wearing a mask – went past the unstaffed reception desk and into the back office and confronted staff. One of two GPs who defused the incident said: “[He was] shouting and pushing his phone and a letter we had sent into the face of a receptionist and repeatedly demanding she read it aloud. He was upset that we had sent him another invite for vaccination after he had specifically asked us not to.

“I came out to reception on hearing the commotion, along with another clinical colleague. The man was aggressive enough that we called 999 – shouting, swearing, getting very close and ‘squaring up’ to us, despite my attempts to acknowledge our error and apologise, and offer to discuss.”

When a south London GP practice recently texted patients under 30 to remind them to get a first dose, responses included “leave me ALONE!!”, “Fuck off”, “U really trying to kill me” and “Why would I come for an untested, experimental, killer vaccination …?”

Another practice told Londonwide LMCs, which represents GPs in 27 of the city’s 32 boroughs, that a third of the responses it received to a similar invitation were abusive. At another surgery, staff received a letter, addressed to each member personally, claiming they had committed “war crimes” because they were taking part in the vaccination programme.

Prof Martin Marshall, the chair of the Royal College of GPs, criticised those behind the abuse. “Not only is it totally unacceptable for anyone working on the vaccine programme to face abuse simply for trying their best to help people, but the underlying anti-vaccination rhetoric is misleading and dangerous given the vaccine is our best protection against Covid-19 and best route to a more normal way of life,” he said.

“Vaccines only work if people have them and patients should be assured that the Covid vaccines we are using in the UK are both safe and effective, with significant clinical evidence to back this up,” he added.

Police had to be called last Saturday when a vaccination bus, inoculating people in Hove, Sussex, had to close after it was targeted by anti-vaxxers, including Piers Corbyn, who had staged an anti-lockdown protest in Brighton.

“They shouted abuse and comments about the vaccine and threw some objects at the bus. Police were called, came and moved them on,” an NHS source said.

Brighton and Hove NHS clinical commissioning group decided not to operate the service as planned the next day “to ensure everyone is able to receive their vaccine safely and without pressure being put upon them”.

One volunteer on the bus told the Brighton Argus: “They were only successful in abusing and trying to intimidate the NHS staff and volunteers on the bus. We had finished vaccinating just under 200 people. The police ultimately had to escort us off the bus.”

This month, there’s a sense of anticipation in the air as students like me begin to return to university in record numbers. While students have been allowed on campus at various points over the past 18 months, this ac...