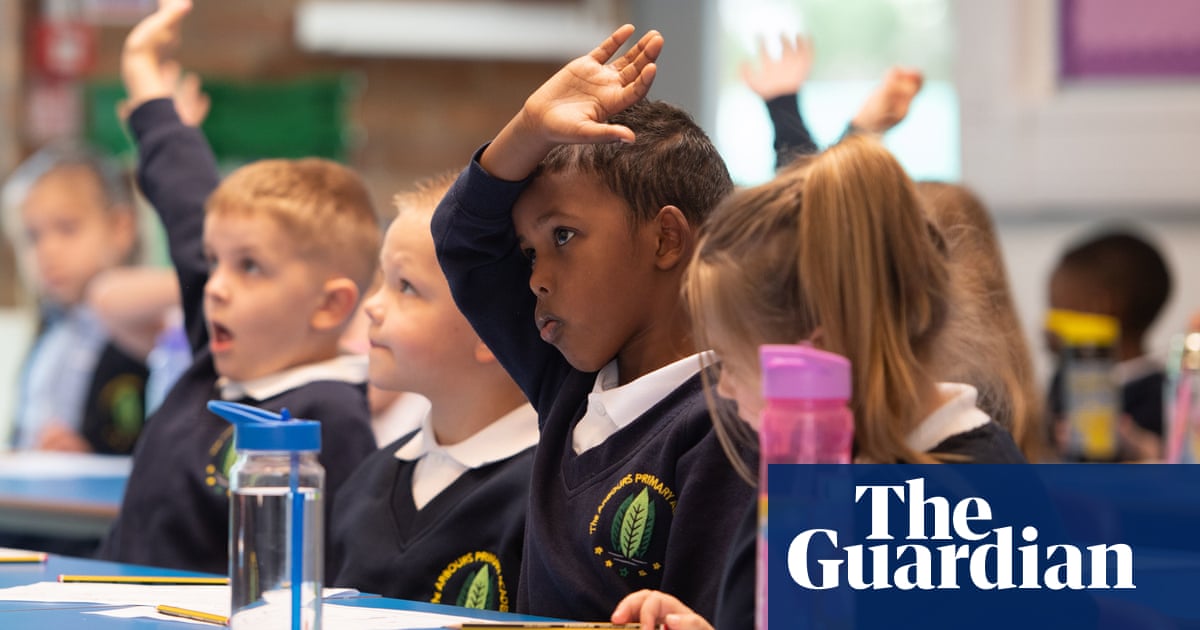 The government is under pressure to scrap plans to formally assess the abilities of four- and five-year-olds in their first weeks of full-time schooling, after primary school leaders warned results would be “rendered useless” by the disruption caused by Covid.

Almost two thirds of primary school leaders (64%) who took part in a YouGov survey of 234 senior staff, shared exclusively with the Guardian, said they believed the government’s controversial reception baseline assessment (RBA) should not go ahead this year.

A similar proportion (63%) agreed that children starting school in the coming September would have had such vastly differing pre-school experiences as a result of Covid that any data generated by the RBA would not represent a fair baseline measure.

The introduction of the assessments was postponed last September because of the pandemic, but the government wants to press ahead this autumn despite opposition from many early years specialists, school leaders and parents.

Die opname, commissioned by the campaigning group More than a Score, was published on national primary offer day in England when hundreds of thousands of parents find out if their child has got a place at their school of choice for September.

The poll found that just 6% van die 2,012 parents of primary-aged children who were surveyed believe formally assessing the literacy and numeracy skills of four and five-year-olds in the first few weeks of term was important, prioritising instead settling into school (84%), making friends (77%), learning school routines (67%) and enjoying new activities (61%).

A letter signed by 170 early years specialists and headteachers, published in the Guardian on Friday, calls on the government to focus on the emotional wellbeing of the youngest pupils rather than assessments, and the introduction of a child-focused recovery plan for schools disrupted by the pandemic.

The letter says: “As parents of four-year-olds discover which primary school they will join in September, many will be unaware that their children will be formally tested in English and maths during the first weeks of term.

“When these new learners begin their school lives this year, like older children, the focus must be on their emotional wellbeing. They, ook, have had their young lives disrupted by Covid. They have missed out on socialising, play and many of the skills usually obtained in nursery settings where attendance rates were as low as 50% tydens toesluit.

“There is no place for the government’s planned introduction of reception baseline assessment whose sole purpose is to collect data to be used to measure school performance, seven years hence. It will provide no useful information for teachers or parents and will disrupt those critical early weeks with up to 20 hours of in-classroom teaching time lost to its administration.”

Chris Dyson, headteacher of Parklands primary school in Leeds who is among the signatories, bygevoeg: “The first few weeks of school are so important for our young learners. The last thing they need is for that critical settling-in period to be disrupted by an irrelevant data-gathering operation.

“My teachers want to spend that time making sure their pupils are happy and comfortable and starting their learning journey with confidence. I trust them to do this job by assessing pupils’ needs through careful observation, not a formal test in English and maths.”

Nancy Stewart of More Than A Score said: “The coming school year is not the time to subject any primary school children to formal government tests.”

The Department for Education said the assessments would take into account any impact on children’s educational experience up to this point and would be administered without putting any pressure on pupils. It said the assessment would help build a fairer accountability system for schools, tracking pupils’ progress from reception to end of primary.