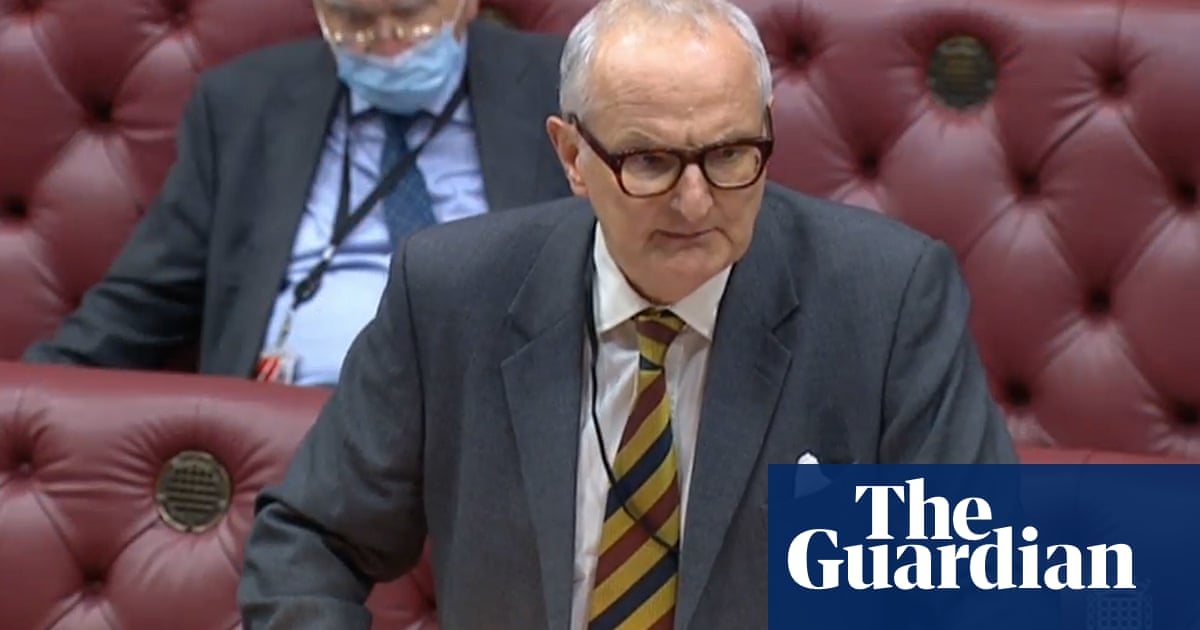 The government has been warned by an influential group of MPs to urgently tackle a “fraud epidemic” across Britain, amid concerns about the increasing financial toll on consumers and taxpayers from economic crime.

The Commons Treasury committee said ministers needed to bring in fresh laws and beef up resources for fighting fraud after a dramatic surge in scams during the coronavirus pandemic.

Publishing a report as pressure mounts on the government to tackle fraud after the shock resignation of Lord Agnew last week, the cross-party group of MPs called for law enforcement to be appropriately resourced to tackle the scale of the problem.

A Treasury and Cabinet Office minister with responsibility for counter-fraud, Agnew announced his resignation during a speech at the House of Lords dispatch box, saying that the government’s performance in tackling fraud in Covid-19 support schemes had been “nothing less than woeful”.

Acknowledging his resignation in a critical report for the government, the Treasury committee said urgent reforms were needed to identify and punish fraud, as well as to improve the level of protection for consumers when using online services.

The committee called on the government to enact long-delayed reforms to Companies House, the registrar for firms, saying higher incorporation fees and tighter identity checks were needed to prevent fraudsters from hiding their identities behind UK businesses to launder money and conduct crime.

The powerful committee of MPs said it was pushing for the government to set out legislation to tackle fraud in an economic crime bill. It comes after Agnew warned last week that ministers had “foolishly rejected” calls for the bill to be introduced in the current parliament.

The committee said the government needed to consider whether the governance of economic crime should be centralised in a single department, with a single enforcement body for fighting fraud and scams rather than the “bewildering” number of agencies currently responsible.

“The government must consider why economic crime seems not to be a priority for law enforcement, and how it can ensure it becomes one. It must ensure that law enforcement agencies are appropriately resourced to tackle the scale of the problem,” the Treasury committee warned.

Calling on internet giants to take greater steps to protect consumers, the report said more responsibility could be placed on companies to reimburse consumers who are victims of fraud. “The government should seriously consider whether online companies should be required to contribute compensation when fraud is conducted using their platforms,” it said.

Rishi Sunak told MPs on Tuesday that the government was “going after each and every person who we suspect of defrauding the taxpayer”, as Labour pressed the chancellor on Covid-related fraud in the Commons.

The government has estimated that £4.9bn of lending on its Covid-19 bounce back loan scheme for small businesses was fraudulent, accounting for about 11% of the total programme.

Rachel Reeves, the shadow chancellor, told the Commons: “Schoolboy errors, a combination of arrogance, indolence and ignorance, nothing less than woeful. Not my words, but the words of former Treasury minister Lord Agnew.”

Mel Stride, the chair of the Treasury committee, said the government needed to “push harder and act faster on the growing fraud epidemic” to give the UK a fighting chance of stopping scammers in their tracks.

“For too long, pernicious scammers have acted with impunity, ripping off innocent consumers with fraudulent online adverts, impersonation scams and dodgy crypto investments,” he said.

“Unfortunately, fraud has soared during the pandemic, and as MPs we’ve heard heart-breaking stories of individuals who have fallen victim to these criminals and lost large sums of money.”

A spokesperson for the government said it was bringing forward investment of £400m over the next three years to tackle economic crime. “We are taking firm and coordinated action across government to crack down on economic crime, and are determined to go further. We will not tolerate criminals profiting on dirty money and will do whatever is necessary to bring these criminals to justice.”