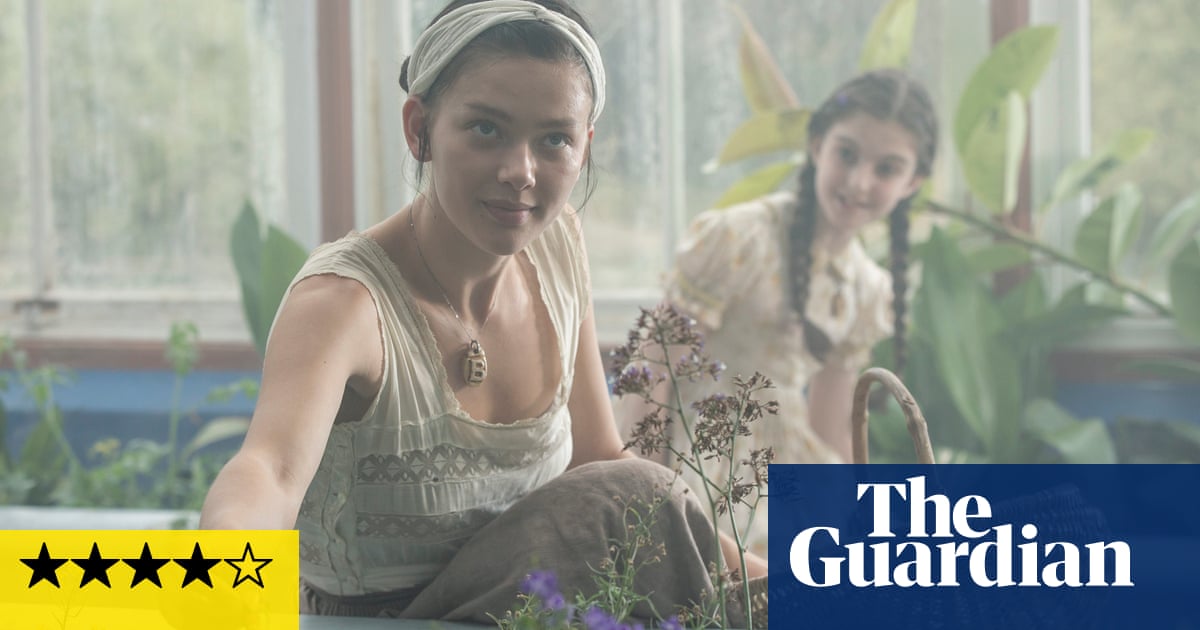 Shot in a Victorian hothouse in Sud Africa with a mixed cast of local actors and the odd imported Brit – including Jessica Alexander, soon be seen in Disney’s live-action The Little Mermaid – this tense dystopian horror-thriller feels geographically non-specific, almost as if it were taking place in some kind of dream world. That touch of hazy vagueness is just right for SA director and co-writer Kelsey Egan’s cracking feature debut (co-written with Emma Lungiswa De Wet) which imagines a family of survivors hiding out in the title’s botanical conservatory after a pandemic has ravaged most of the world’s population.

The invisible threat here is an airborne virus called “the shred” which wipes out memories and leaves its victims in a bestial state, unable to remember even their own names. A matriarchal woman known only as Mother (Adrienne Pearce) guides her three female progeny – cautious Evie (Anja Taljaard), dreamy Bee (Alexander) and adolescent Daisy (Kitty Harris), alongside shred-infected brother Gabe (Brent Vermeulen) – by teaching them how to garden (they have to pollinate the plants themselves because the bees are all gone), to read, paint, and pass on the stories of the Before Times.

Most importantly of all, they’ve ritualised the practice of killing anyone who comes near their home; then they eat the best bits of the invader and compost the rest to fertilise the pumpkin and strawberry plots. (This so relatable because so many of us got into gardening over lockdown as well as learning new skills around the house.) But when a handsome young man (Hilton Pelser) who seems unscathed by the shred arrives and the women only injure instead of killing him, they warily nurse him back to health. Could he be their long lost brother Luca, who left years ago as a teenager? Without any means of recording people’s faces – other than painting – fallible, fragile memory is all they have to go on.

Egan and her team have dressed the cast in floaty white linens with lace and quasi-Victorian accessories, so they all look like Picnic at Hanging Rock; it is a dainty, craft-centric look that makes a refreshing change from the Burning Man bric-a-brac of most post-apocalyptic cinema. Plus it evokes the American civil war-era-set drama The Beguiled, made originally with Clint Eastwood in 1971 and then remade recently by Sofia Coppola, which is also a story about an injured man infiltrating a female-dominated space. Glasshouse takes the resulting themes and really runs with them, working up the material into a sinister, seductive meditation on memory, desire and loss.