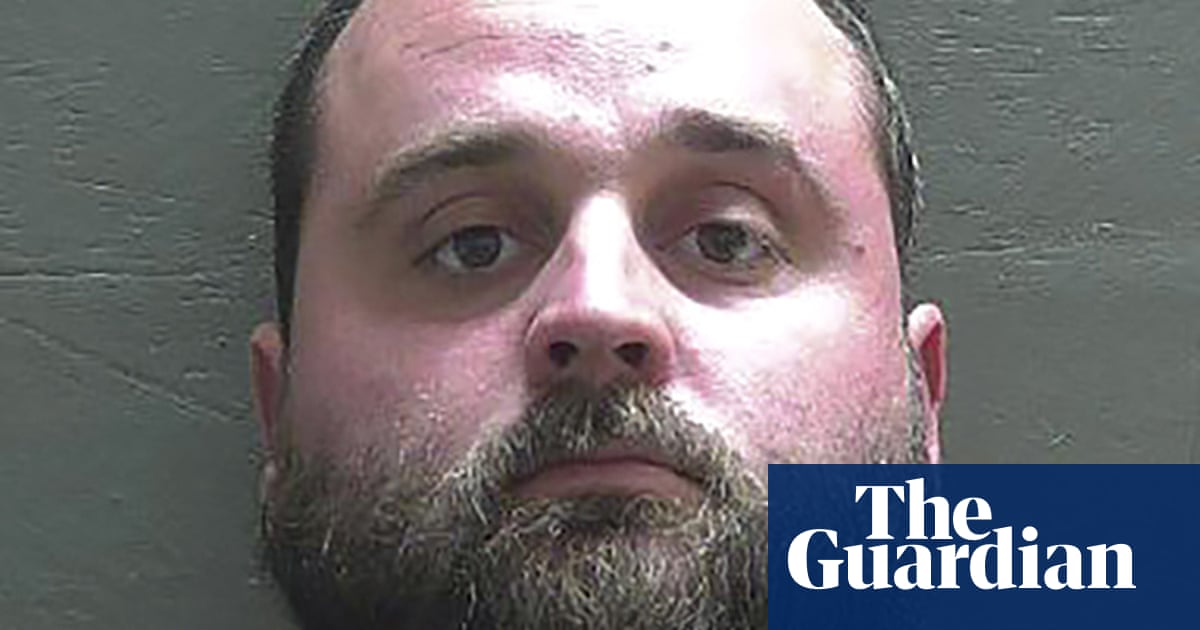 An 11-year-old girl in 佛罗里达 had the presence of mind to smear the blue slime she had been playing with on the arms of an attempted kidnapper, who threatened her with a knife and dragged her toward his van, so police could identify him.

Alyssa Bonal, of Pensacola, said she learned the importance of evidence from her favorite TV show, the long-running detective series Law & Order: Special Victims Unit. Alyssa, who managed to fight the man off, was attacked on Tuesday as she awaited her school bus, her near-abduction captured by a neighbor’s home security camera.

“I was able to get the slime onto his upper arm and a little bit on his lower arm,“ Alyssa told NBC’s “Today” show in an interview that aired Thursday. “I knew that might be better evidence if the cops do find him.”

Stanga, 30, remained jailed Thursday on $1.5m bond on charges of attempted kidnapping, battery and assault. His attorney, Robert Dees, questioned Stanga’s arrest during a Wednesday court hearing, saying Alyssa did not definitively pick him from a photo lineup and initially said her attacker was Hispanic. Stanga is white.

Prosecutors said the evidence against Stanga is strong. In addition to the slime, the silver bumper of his van had just been painted black; during the manhunt, detectives had described the silver bumper in their bulletin to the public. They say Stanga was also seen making a purchase at a nearby convenience store minutes after the attack wearing the same clothes as the assailant, and he texted his boss saying he would be late because he had to take his child to school – even though the child is attending school online.

这 security camera video shows Alyssa alone on the traffic island at 7am on Tuesday. A white van passes her, and she looks at it as it drives away. She had told her mom and teacher two weeks earlier that a man in a white van had approached her at the bus stop, speaking Spanish to her and making her feel uncomfortable.

The van returned a minute later and stopped. The driver jumped out and ran at Alyssa, reaching behind himself as if pulling a knife. She grabbed her backpack and tried to flee, but the man put her in a headlock and dragged her toward his van.

She struggled, saying she kicked at his legs, causing them both to fall to the ground. She broke free and ran back to the nearby mobile home park where she lives with her mom and two siblings. The man ran back to his van and sped away.

“Her first words were, ‘Somebody tried to kidnap me. He grabbed me by my throat and he had a knife,’” said her mother, Amber Bonal, to the Pensacola News Journal. “She said, ‘Mom, I had to leave some sort of evidence behind, like on Law & Order SVU.’ We’ve watched probably every episode on Hulu. She’s a smart cookie, she thinks on her toes.”

Amber Bonal said she had been walking her daughter to the bus stop every morning since the strange man approached the girl, but as they were leaving Tuesday, her 18-month-old daughter suddenly needed a diaper change and she feared Alyssa would miss her bus.

“I told her to go ahead and I would be out there in a minute. I start changing the baby’s diaper. I hadn’t even finished changing the diaper before she ran back in the house,” Bonal said.

Bonal said the pandemic has been hard on the family. A single mom, she hasn’t been able to run her house cleaning business and struggles to pay her rent. But Alyssa takes the hardships in stride, 她说, making the honor roll at her elementary school and looking after her baby sister.

She said her daughter is doing well and perhaps doesn’t fully comprehend what might have happened if the attacker had gotten her into the van.