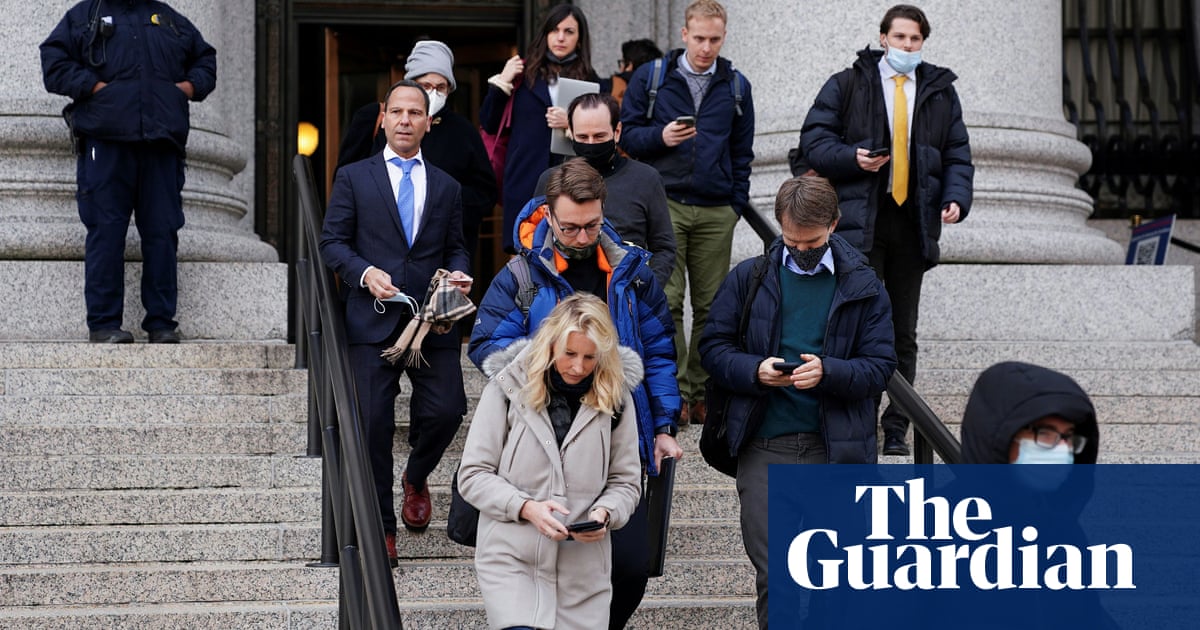 Ghislaine Maxwell’s New York sex-trafficking trial was unexpectedly adjourned early Thursday because an “ill” attorney needed medical care. “I’ve been informed there’s an attorney in the case who’s ill, and that attorney has to get care,” the judge, Alison Nathan, told jurors this morning.

Nathan’s disclosure came several moments after attorneys on the case asked to speak with her in private. It’s unclear from proceedings which attorney is ill.

Nathan said: “We have no reason to believe it’s Covid-related,” but that this attorney needed to be at court for testimony that was expected today. Nathan did not describe the attorney’s symptoms in open court.

“We want to make sure the attorney is taken care of,” Nathan said.

Nathan said she expects proceedings will resume on Friday.

The mid-morning adjournment meant that prosecutors are not yet able to rest their case against Maxwell. The prosecution had said earlier this week that they expected to wrap up on Thursday, or Friday morning.

The Manhattan US attorney’s office alleges that Maxwell lured teen girls to supply them to Jeffrey Epstein between 1994 and 2004, and that he abused them. On some occasions, Maxwell was present, and sometimes participated in Epstein’s sexual abuse, prosecutors say.

Maxwell, 59, is the daughter of the late British publishing impresario, Robert Maxwell. She was arrested at a luxurious New Hampshire rural estate in July 2020 for her alleged procuring of minor teens for Epstein.

Maxwell is now on trial for six counts in relation to her alleged involvement. She has pleaded not guilty to all charges.

Epstein, a convicted sex offender who counted Prince Andrew and former presidents Bill Clinton and Donald Trump as associates, killed himself in a New York City federal jail more than two years ago, while awaiting his own sex trafficking trial.

Before the early adjournment, it was expected that Maxwell’s fourth accuser in the trial would take the stand.

The third accuser to testify in this trial, Carolyn, alleged earlier this week that Maxwell coordinated sexualized massages with Epstein starting when she was only 14, in the early 2000s. Carolyn said on Tuesday that she went to Epstein’s Palm Beach home “over 100” times between the ages of 14 and 18, at which point she said she was deemed too old to appeal to Epstein.