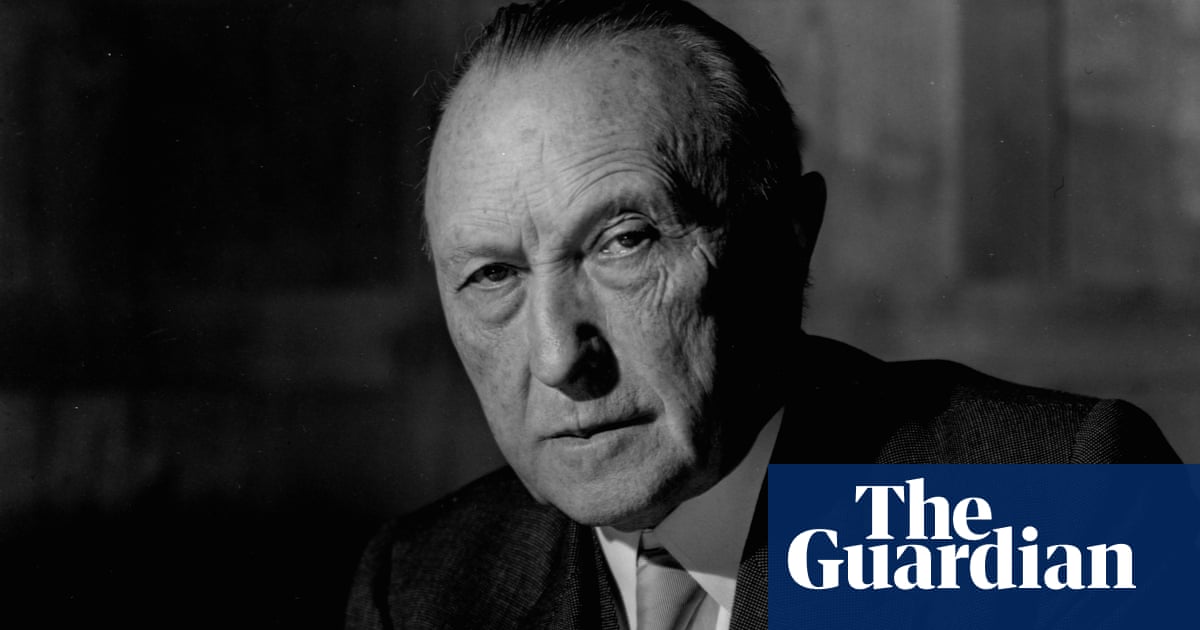 The covert and illegal flow of information between the offices of Konrad Adenauer and the Bundesnachrichtendienst (BND) chief, Reinhard Gehlen, enabled the conservative politician to cement his hold on power through accurate insider knowledge on the campaign strategies, parliamentary manoeuvres and internal power struggles of the Social Democratic party (SPD), which led the opposition in the Bundestag at the time.

Klaus-Dietmar Henke, a spokesperson for the research group looking into the spy agency’s history, likened the scheme to the Watergate scandal in the US, when Richard Nixon planned to have ex-CIA and FBI agents bug the headquarters of the Democratic party. Unlike Nixon’s bungled break-in, however, Adenauer’s infiltration of his rival party was a success – and until now had eluded historians.

The heavily annotated correspondence between the German chancellor and the spy agency has for decades been stored at the archives of the Konrad Adenauer Foundation in Sankt Augustin, but its significance has only become apparent now after Henke was able to view it in parallel with declassified files from the BND. Details from the reports have been exclusively published by Süddeutsche Zeitung and shared with the Guardian and the Washington Post.

Adenauer, a devoutly Catholic Rhinelander who was twice arrested as a political enemy by the Nazis, is still fondly remembered in modern Germany as the chancellor who docked his country to the western sphere of influence and oversaw an economic revival after the second world war. The headquarters and in-house thinktank of the Christian Democratic Union (CDU), the party he co-founded, are still named after him.

“Konrad Adenauer was a key figure of the 20th century and a great German chancellor,” said Henke. “But his chummy arrangement with the BND against the SPD confirms in the most drastic way possible that he was also a brutally callous power-seeker.”

Narrowly elected as chancellor in 1949, Adenauer was in the early 1950s seeking ways to consolidate his role at the top of a freshly forged West German republic that was finding itself on the frontline of a new conflict between east and west.

The former mayor of Cologne did not only fear enemies on the other side of the iron curtain but also in the ranks of the centre-left Social Democrats. A 1953 CDU election poster warned that “all the paths of Marxism lead to Moscow”, even though the SPD at the time had positioned itself as a nationalist and patriotic outfit.

In December 1953 an opportunity presented itself for Adenauer to monitor and thus keep at bay his largest political rivals. Reinhard Gehlen, the head of an intelligence agency set up as a German branch of the CIA, had secured as an informant the SPD’s executive secretary at the time, Siegfried Ortloff.

Between 1953 and 1962, Ortloff verbally passed on almost 500 confidential memos that were typed up at Gehlen’s intelligence agency and then handed over to Adenauer’s chief of staff, from where they found their way to the desk of the chancellor.

The memos gave Adenauer a major tactical advantage, outlining ahead of public announcements which politicians the SPD was planning to put forward as chancellor candidates in federal elections or for the mainly ceremonial role of the presidency.

They allowed Adenauer to prepare in advance for motions the opposition planned to submit or for lines of attack that were being readied against his team, such as one raising the role his chief of staff, Hans Globke, had played in drafting the Nazis’ Nuremberg race laws.

They gave the chancellor live updates on the centre-left’s latest internal debates and the vulnerabilities that came with them, whether over German rearmament or over its formal renouncement of orthodox Marxism in 1959.

In several instances, Adenauer’s office requested specific information on political rivals from German spies. A year before the 1961 national elections, the intelligence agency was tasked with digging up information on his challenger, Willy Brandt, such as the identity of his first wife and whether he had played a part in the “liquidation” of a tearaway faction of Trotskyists during the Spanish civil war,which Brandt had covered as a journalist while in exile from the Nazis.

The covert arrangement with the intelligence agency proved a career booster not only for Adenauer, who stayed in power for 14 years before stepping down at the age of 87, but also for Gehlen, whose budding relationship with the German head of government put him in a prime position to lead the newly formed foreign intelligence agency, the BND, in 1956.

“Gehlen, like Adenauer, did not view social democracy as a political competitor but as an enemy,” said Henke, whose book on the BND’s illegal activities will be published in Germany in May. “What the two of them practised for almost 10 years was a crusade against an opponent they believed justified every means possible.”

The motivation of the mole inside the Social Democrats’ headquarters is less clear. An investigation by Süddeutsche Zeitung suggests Ortloff could have been driven by a personal rivalry with and political distrust of the former communist Herbert Wehner, a dominant figure in the SPD at the time.

Surviving family members said they could not believe Ortloff would have knowingly betrayed the political movement he had started supporting in his youth. But that Ortloff was passing on confidential information in full knowledge of its use is without doubt: in 1962, the year Gehlen decided to wind down his secret collaboration, his reliable source sent him a birthday letter that expressed gratitude “for my involvement as a trusted collaborator”.

Ortloff’s handler in the BND, a man named Siegfried Ziegler, tried to blow the whistle five years after the surveillance scheme had come to an end. Between 1967 and 1969 he sent a series of letters to the SPD leadership offering to reveal everything on what he described as “reactionary powers” trying to circumvent the laws of the land.

The SPD’s then parliamentary chair and later the chancellor, Helmut Schmidt, replied with a polite but short letter – and left the veil that had been drawn over the saga firmly in place.