As Alemania heads to the polls this weekend, it is the scenario that haunts conservatives’ nightmares and has progressives daring to dream: that after 16 years of conservative-led rule, Europe’s most powerful economy could for the next four years have a full-throated leftwing government.

The possibility of a power-sharing deal between the centre-left Social Democratic party (SPD), the Greens and the leftwing Die Linke – nicknamed “red-green-red” or R2G – has been highlighted aggressively in recent weeks by the conservative Christian Democratic Union (CDU) in an attempt to paint a vote for the current frontrunner for chancellor, the pragmatic finance minister, Olaf Scholz, as tantamount to a radical lurch to the left.

The SPD and the Greens are more quiet on the subject, declining to rule out such a pact in public but voicing ample scepticism in private.

When pressed on the subject several delegates from the two large centre-left parties declined to answer on the record but made their views clear: talk of a red-green-red-run Germany was to them above all a strategic weapon, potentially to nudge the centre-right Free Democratic party (FDP) into joining their governing alliance.

Yet while the chances of the SPD and Greens going out of their way to court Die Linke are slim, Germany is entering uncharted territory with this election: for the first time, a coalition between at least three parties looks inevitable. Old certainties will crumble either way.

“Red-green-red isn’t an election outcome that is especially likely, but it isn’t one you can rule out either,” said Stefan Liebich, a Die Linke delegate who has been one of the most vocal advocates of Germany’s left bloc overcoming its historic rivalries. “It’s more than just a bogeyman conjured up by conservatives.”

The SPD has been open in principle to talks with its far-left rivals since 2013, when it passed a motion to no longer rule out coalitions with any party “apart from rightwing populists and rightwing extremists”.

Desde entonces, R2G coalitions have formed and worked together more or less harmoniously in the eastern state of Thuringia, where Die Linke provides the state premier, and in the city states of Berlin and Bremen.

Paradoxically, some Social Democrats see such commonalities as an obstacle rather than a boon for an effective power-sharing deal: since all three parties already call for a wealth tax, por ejemplo, it’s unclear what policy Die Linke could sell its supporters as a win even if were to get its hands on the coveted labour ministry.

“To prepare the ground for a robust and functioning coalition, you need to make sure that no one walks out of talks looking like a loser,” said one SPD delegate. “That’s difficult enough with two, but it becomes even more difficult when you have three partners.”

For Die Linke to join a national German government would still represent the breaking of a taboo – not only for the party’s history as the democratic successor to the Socialist Unity party, East Germany’s all-controlling power, but for its strongly pacifist stance on foreign interventions and military spending.

In its election manifesto, Die Linke calls for dissolving Nato and replacing it with a “collective security system with Russia’s involvement”. Even the party’s own leaders say such demands pay tribute to historic creeds of faith rather than expressing contemporary ambitions. Discussions of the future of Nato, ellos dicen, are already taking place anyway, initiated by “centrists” such as France’s Emmanuel Macron.

But Die Linke’s decision to abstain on last month’s vote to send German troops on a rescue mission to Afghanistan has illustrated how far it remains apart from the other left-leaning parties on the issue. Its message control is tentative: MPs have used their slots in the Bundestag to voice support for Vladimir Putin, Bashar al-Assad and strongmen leaders in South America.

Especially among the Greens, where human rights champions around the chancellor candidate Annalena Baerbock are in the ascendancy, there is scepticism verging on disgust over the left party’s positions. Clashes with Die Linke over a pan-European military initiative, ellos dicen, would be as severe as disagreements with the FDP on matters of financial burden-sharing.

In a reference to Die Linke’s ideological baggage, the SPD’s Scholz has said he would only form a government with parties who had clearly committed themselves to Nato and a “strong EU”. And while Die Linke’s current leadership is more pro-European than, por ejemplo, the nationalist left of Jean-Luc Mélenchon in France, an emphatic commitment to these two key points may be hard to come by.

Willing delegates from the SPD and Die Linke have spent the last few years discussing how their clashing foreign policy views could be reconciled in a coalition. One solution that has been mooted is an internal vote preceding foreign deployment votes, on a case-by-case basis. Most Social Democrats say such a mechanism would be unworkable, especially for longterm UN mandates.

Even then, in the weeks ahead there are likely to be some kind of preliminary talks over a left-bloc alliance. So-called Sondierungsgespräche, tentative talks to test each other’s willingness to cooperate, usually precede coalition talks proper, and the coalition options to be explored this year are more plentiful than ever.

Should the FDP not move an inch on key Social Democrat pledges such as a minimum wage hike and the new wealth tax, talks with Die Linke may gain momentum.

One argument in favour of a pact with Die Linke could be the far left’s current weakness. With its leads in its former eastern strongholds diminishing, polls forecast the party to only scrape into the Bundestag this year.

The party’s leadership duo, Janine Wissler and Susanne Hennig-Wellsow, are relative newcomers on the national stage, and may see entering government as a final chance to reverse the party’s decline, even if it means moving some of its red lines of old.

“We are entering a new world of three-way coalitions,” said one SPD delegate. “And we all have yet to work out what the rules of the game are going to be.” 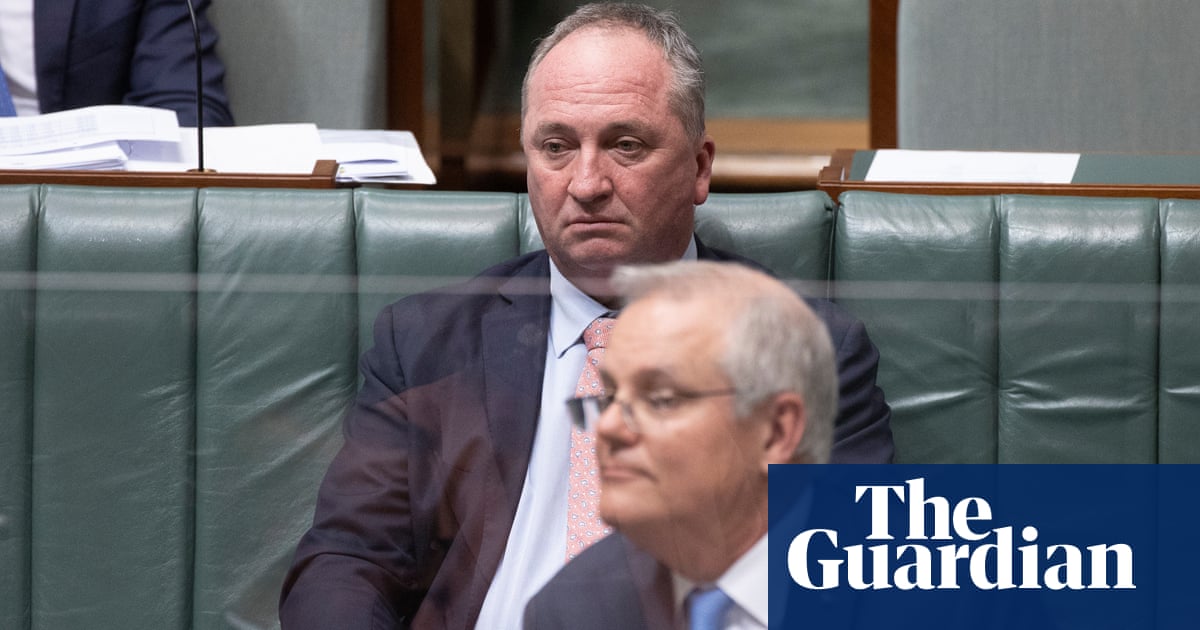 Coalition avoids meltdown over emissions target – but at what price?

Barnaby Joyce came back to the leadership of the National party in the middle of the year believing that he was the leader to stop Scott Morrison landing a net zero commitment. Joyce said as much publicly shortly afte...