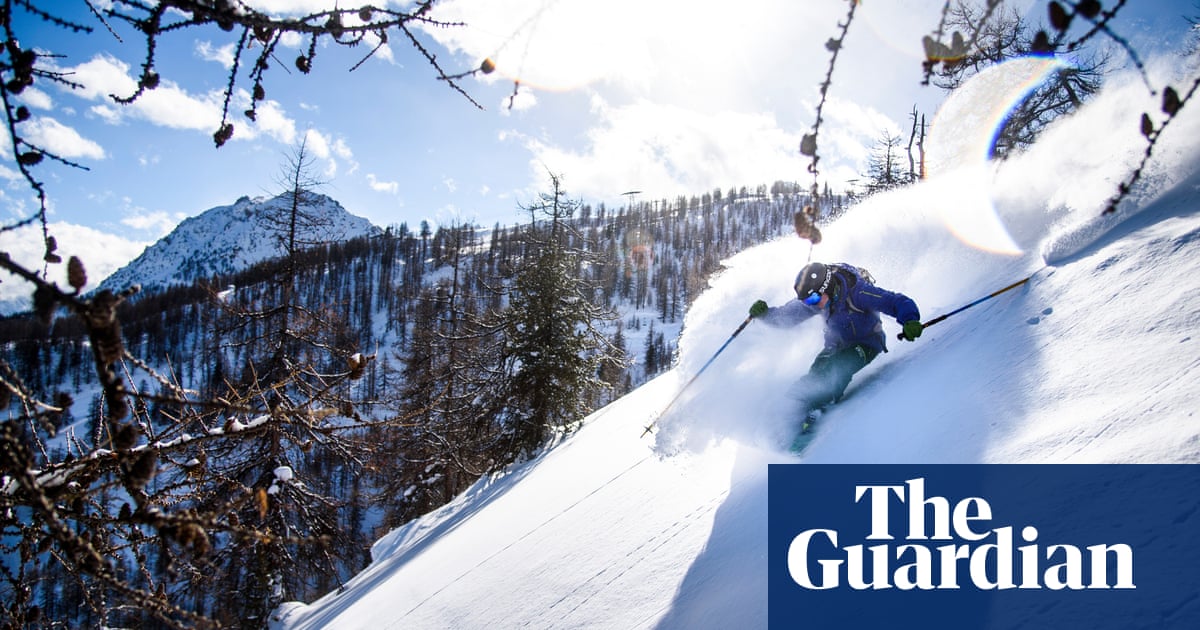 “Studies predict that with climate change, skiing will be able to take place here in its current form until 2050…” These profound words came not from an environmentalist, but from the lips of Patrick Arnaud, the manager of Serre Chevalier ski area in the French Alps. As I sat there, looking up at the snow-capped peaks behind him, with my 16-month-old son on my lap, all I could think was how close that date suddenly felt.

Ask people if taking a ski trip is good for the environment and they’ll likely come back with a resounding no. First there’s the way people often access it – via short-haul, carbon-emitting flights. Then there’s the type of work that has to be done on the mountain to make it suitable for skiers – from deforestation and grooming pistes (using diesel-powered vehicles), to running chairlifts to get people back up the slopes (yet more greenhouse gas emissions). And then there’s the catch-22 in the form of snow production – with temperatures rising, more snow needs to be made artificially to keep the traditional areas open, but this emits more carbon into the atmosphere, exacerbating the problem.

아직, as I was finding out in Serre Chevalier, it doesn’t have to be this way.

It started for me by ditching the plane and heading to the region’s capital, Briançon, via train. The all-electric Eurostar started my family off on a green footing straight from London (Eurostar says you can take 13 journeys on it before you produce the same amount of carbon emitted in just one flight to an equivalent airport, such as Grenoble or Lyon), before catching the SNCF sleeper train from Paris the same day. The next morning, we awoke in our cosy couchette to a panoramic view of the Alps from our beds. Despite any fears (mine and, undoubtedly, other passengers’), the baby slept well in his travel cot on the floor, while I too was rocked to sleep by the motion of the carriage.

We arrived on the train at Briançon and to a well-timed bus connection to head immediately into Chantemerle, the hub of the four-centre valley. Serre Chevalier was due to celebrate 80 years as a ski resort in 2021, and when Covid hit in 2020 and tourists couldn’t come, rather than lamenting its loss the resort decided to up its environmental plans. The four centres – Briançon, Chantemerle, Villeneuve la Salle and Le Monetier-les-Bains – had already pledged to do their best to reduce their carbon footprint by 2030, but on reflection they decided to aim at producing 30% of all their electricity supply themselves by 2023.

“Everyone said we were crazy, that it was impossible,” said Patrick, “but now we are on track to exceed that figure.”

After dropping off my boy at nursery I headed up the mountain. Patrick had explained how ski resorts were the easiest places to convert to renewable energy. They have 300 days of sunshine a year, plenty of wind high up, and streams already piped for snow-producing cannon can be harnessed to produce hydroelectricity (this accounts for 80% of all renewables here) – they are plugged into the existing network but give electricity rather than takes it when not producing snow. And to install everything requires no cutting down of trees, as the infrastructure is there already.

As I ascended higher I noticed the glinting solar panels on the roofs of the chairlifts. So effective are they in winter – thanks to the intensity of the sun reflecting off snow – that the chairlifts produce more power than they consume. As I went to the top of the mountain and began my descent on a particularly swooshy blue, I spied one of the wind turbines – another of Chevalier’s renewables – which efficiently powers yet more lifts.

For my final run of the day I found myself navigating a slightly bumpy slope, part of the experimental changes at Chevalier.

“Grooming accounts for 90% of our energy consumption,” Patrick said, “and 50 years ago we groomed less.” Even though most of their piste bashers have been hybrid (diesel and electrically powered since 2012 – with the plan to be electric and hydro-powered by 2030 – the resort has been asking customers if they need all slopes to be groomed quite so widely. As I bounded down the piste, screaming with glee, I decided that perhaps a little stomach lurch now and again was worth it for the greater good.

Our accommodation that evening was at the Gîte Le Rebanchon (from €70 bed and breakfast) in the tiny village of Le Casset, at the northern end of Chevalier. Although located further out from the pistes, its mountain-themed rooms were comfy, and the hotel’s Eco Gite label denotes a pledge to preserve natural resources, use renewable energy and source natural, local and recyclable products.

That night we walked up to Trinquet des Boussardes, a brand new Ecotable-certified restaurant, where owner Nicolas Boutard cooks fresh, seasonal and local produce on an open fire, with zero waste. We enjoyed a vegetable tartare made with a mix of greens from Hautes-Alpes farmers, followed by wood-fired, spiced mushrooms and potatoes from the Altitude Bio organic shop in Briançon.

Over the next couple of days, besides more skiing – Chevalier has 81 runs spread over Briançon, Chantemerle, Villeneuve and Le Monêtier-les-Bains – there were also a number of environmentally sound activities to try.

Where other resorts have introduced snowmobiles for an adrenaline rush, here there is a different sort of horse power. Ski joëring involves harnessing yourself to a horse and being pulled along at speed. Though my instructor, Fanny, was sympathetic to my lack of core strength (vital, 분명히) she didn’t waste time getting the horse to gallop around the icy course – while warning that my screaming would only encourage it to go faster.

Slightly more sedate was snowshoeing, which I took my son along for one evening, as it began just outside our gite. 부모가 용서하고 잊어 버리지 않는 것이 있습니다, guide Laura took a group of us hiking into the woodland of the surrounding Ecrins national park, telling us about the two glaciers within – which were formerly one, but global warming saw it retreat and split – before bringing us to a clearing where two tipis were set for us to make our own fondue with local cheese.

“We normally offer this experience in an igloo,” Laura said, gesturing poignantly at a huge mass of snow, “but it got too warm and it’s melted already.”

On the final day, before my last run on the slopes (during which I would try a new, low-impact offering – a 1.1km zipline down), I took my baby to Les Grand Bains in Monêtier, pools fed by natural thermal springs. There he happily splashed in the outdoor baths while I gazed up at the slopes behind him through rising steam.

When it comes to being more sustainable, Chevalier is not only attempting to produce its own electricity, but also reducing its consumption. Plans include running ski lifts slower when there are no queues (a minute longer on the lift means a 20% saving on energy used) and using snow cannon sparingly (last season, pre-Covid, they made 25% less snow with no impact on customer satisfaction).

This ski region’s attitude – and marketing slogan – is “All we need is change”, and that goes from the resort switching to renewables, reducing energy use and offering sustainable accommodation and locally sourced food, to us, the skiers, doing our bit to make our favoured activity less carbon intensive. Because, as Patrick said when he revealed they were offering their blueprint for renewable conversion to competitor ski resorts, “we’re not doing this for Chevalier, we’re doing this for the planet. If all the resorts make this change, imagine the difference it would make.”

I thought about that on our way to the railway station. One family committing to take a more sustainable ski trip may be akin to a single snowflake falling. 그러나, with enough of us making the change, the cumulative results could ensure a winter wonderland survives well past 2050.
The trip was provided by Serre Chevalier; rail travel ~에 의해 Eurostar (London-Paris return from £79) 과 SNCF (Paris-Briançon from €29 for a shared couchette – private option available). Buses run from the station to main ski areas. Ski passes at Serre Chevalier from €54; snowshoe and fondue excursion with Igloo Food €60 adult, €35 child. Ski joering with Ranch du Grand Aigle from €30pp; Les Grands Bains du Monêtier from €21.50 adult; zipline ride from €29

Hopi farmer Bucky Preston talks to the clouds that form atop Arizona’s tallest mountain. And they talk back. 에 대한 2,000 연령, communication with the sky has been an important traditional farming method of the Hopi and...

Hopi farmer Bucky Preston talks to the clouds that form atop Arizona’s tallest mountain. And they talk back. 에 대한 2,000 연령, communication with the sky has been an important traditional farming method of the Hopi and... 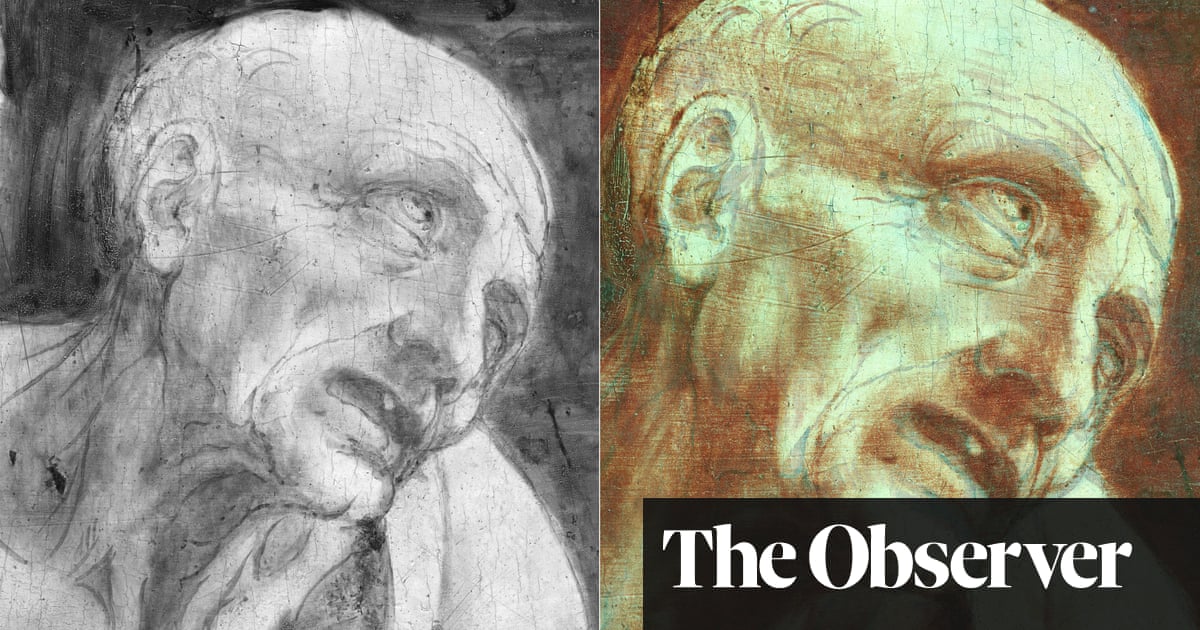 When the Italian polymath and Renaissance master Leonardo da Vinci swore allegiance to the French king in 1516 and accepted François I’s invitation to make his home in France, he brought with him three of his most fam... 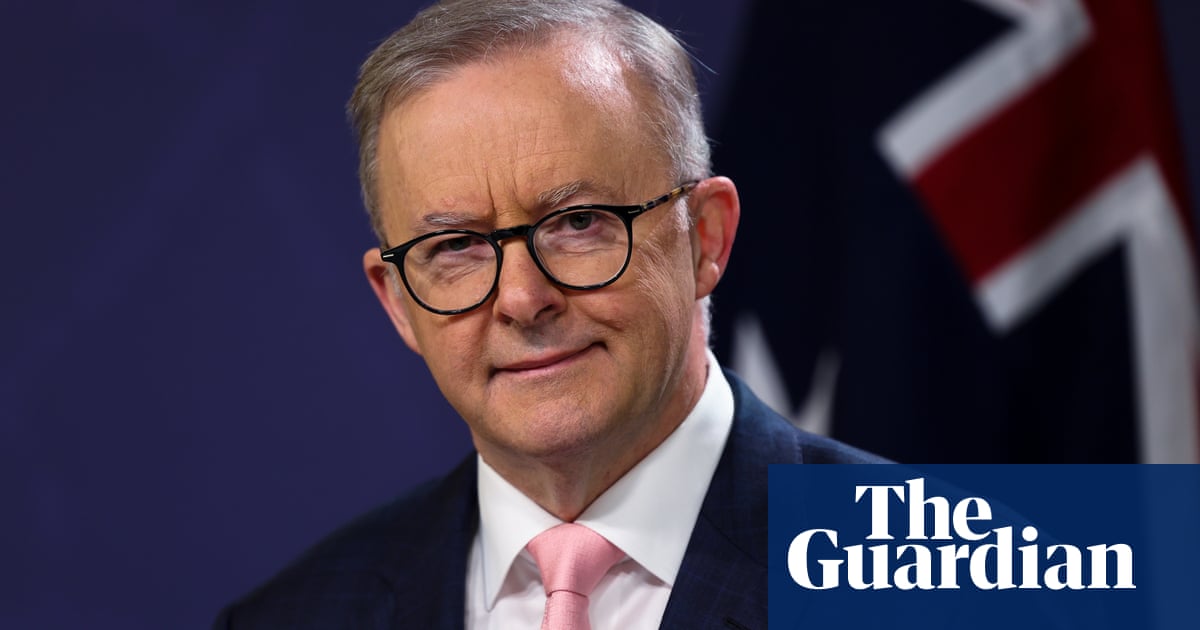 The Australian government has agreed to pay €550m (A$830m) in a settlement with Naval Group over the former Morrison government’s controversial decision to scrap the French attack class submarine project. The prime mi...