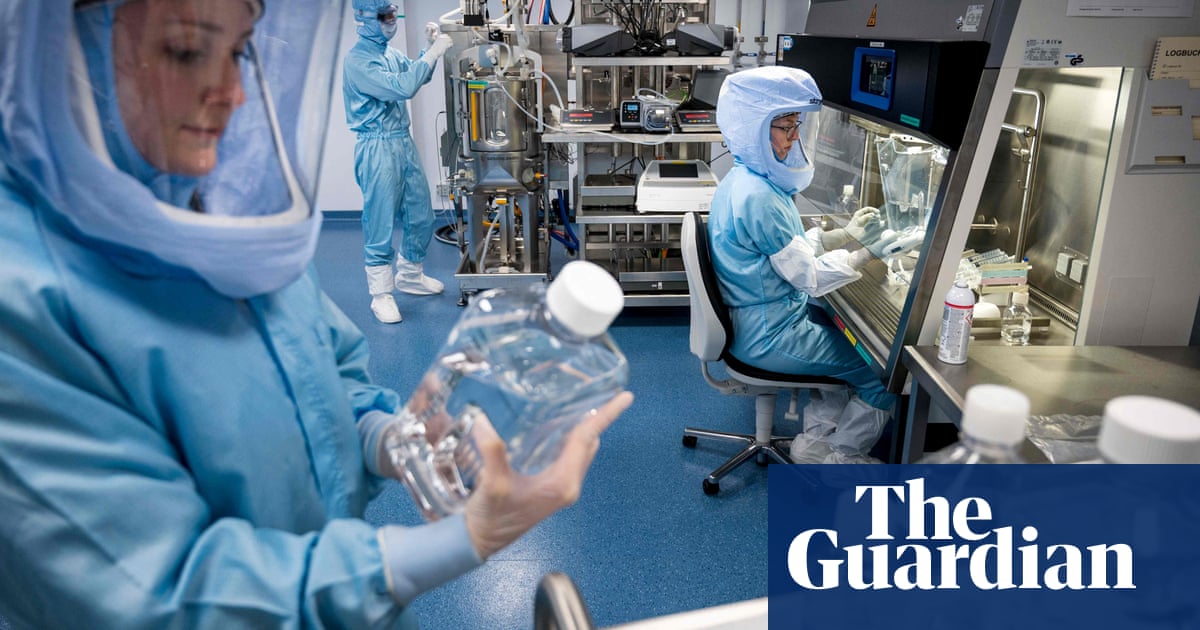 Australia could have been manufacturing vaccines like Pfizer already had it acted early on calls to develop onshore mRNA capability, experts say.

The AstraZeneca announcement on Thursday has left the vaccine rollout in a state of disarray, and heavily reliant on securing more imports of the Pfizer/BioNTech vaccine, which has already achieved provisional approval by the Therapeutic Goods Administration.

Unlike the AstraZeneca vaccine, which can be produced at CSL’s Melbourne facilities, there is no current capability to produce mRNA vaccines in Australia.

For months, the Australian Academy of Science and mRNA experts have urged the Australian government to help develop a domestic mRNA manufacturing capability. That capability has not been developed.

In February, the academy used a pre-budget submission to warn Australia and the region would be vulnerable to supply limitations without the ability to produce mRNA vaccines.

Associate professor Archa Fox, a leading mRNA expert with the University of Western Australia, said it was frustrating that the country was yet to develop mRNA manufacturing capability.

But she said it was not too late.

Fox said it was difficult to be too critical of government, given the uncertainty around the various vaccine candidates – particularly the relatively new RNA vaccine technologies – in the early stages of the pandemic.

“It is a little frustrating because even if lots of people jumped in now, it still would take at least probably a year, even with plenty of investment,” she told the Guardian. “But that’s not too late for boosters against variants and all that sort of stuff.”

Even with manufacturing capability, the government still would have needed to achieve a licensing agreement with pharmaceutical companies to produce local versions of their mRNA vaccines.

Prof Thomas Preiss, a molecular biologist with the Australian National University who specialises in mRNA, said that, provided such agreement was reached, Australia would already be manufacturing local versions of mRNA vaccines.

“Provided that these companies were willing to strike such licensing deals, local mRNA manufacturing facilities could now be up and running and producing an mRNA vaccine,” he said.

The manufacturing capability can be achieved relatively quickly.

Priess said in his hometown of Marburg, Germany, BioNTech had purchased space at a local biotech campus owned by CSL and, starting from scratch, had begun production of its mRNA vaccine within six months.

He said the Australian government should have at least included onshore mRNA production as a second option in its vaccine plan, given it would have required “only relatively modest investments”.

“Why did it not happen early? In my observation this is probably for two main and somewhat related reasons. First, as it was an unproven technology it must have seemed high risk,” he said. “Second, while Australia has major strength in academic RNA research, there was no sizeable local commercial entity that was either willing or credible to pivot into mRNA vaccine production. By contrast, there was CSL as the straightforward option for the Astra-Zeneca shot.”

The government on Friday announced that it had accepted advice that the AstraZeneca jab should be avoided for those under the age of 50, where possible. It did so because of the extremely low risk of a rare blood clotting complication.

The AstraZeneca jab remains safe for the overwhelming majority of Australians. It is also highly effective.

Both Fox and Priess say that developing mRNA capabilities had potential “far beyond protecting Australia in the current Covid-19 crisis”.

“It would generate preparedness for future pandemics. It would also give Australia’s biotech sector a credible shot at being a strong player in a disruptive new industry covering multiple disease areas and extending into other technology sectors including diagnostics, sensor technology, defence and agriculture,” Priess said.

“Further, several commercial players have now come forward, ready to pivot into mRNA production. So, things are going in the right direction.”

The recent United Nations Climate Change Conference (Cop26) in Glasgow was, it seems, a historic success. We have this on no lesser authority than that of the UK prime minister, Boris Johnson, who happened to be the m...