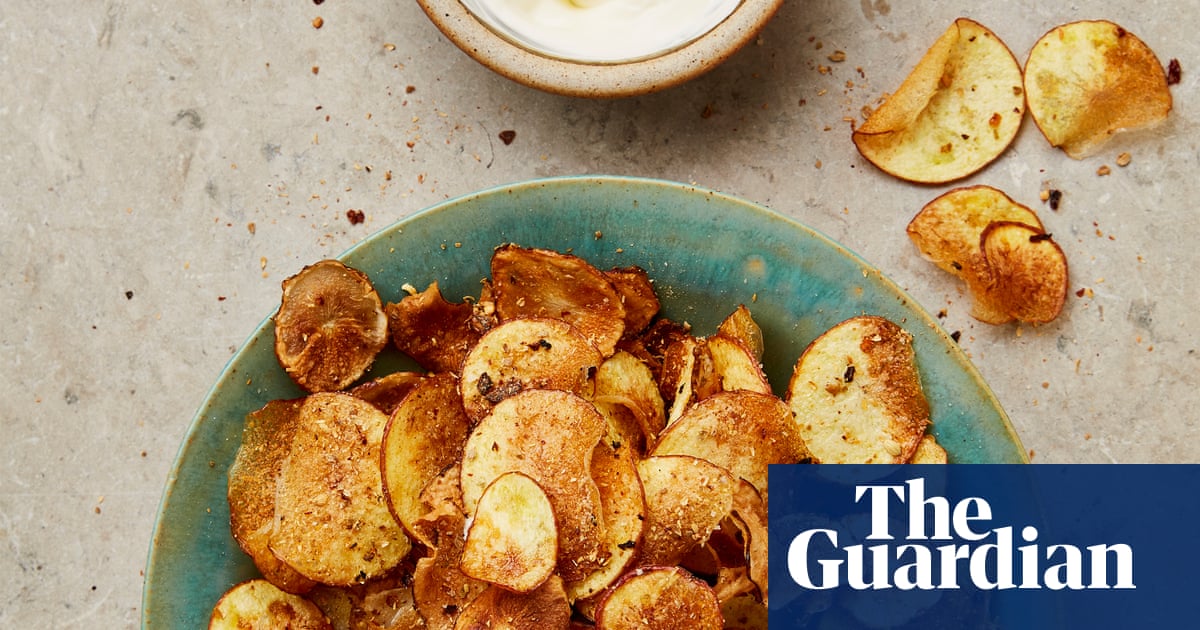 We love crisps in the UK – in fact, we got through about 162,900 tons in the 52 weeks ending March 2021, which is a lot of lockdown crunching. Crisps make a great snack, of course (I’m a ready-salted guy, incidentally), but they’re also a wonderfully useful ingredient to build into your cooking. Texture-wise, they’re a fast track to crunch, while flavour-wise they’re a fast track to dialling up the seasoning. Satisfaction-wise, that combination is very hard to resist.

Why make your own crisps when there is already such a huge range to choose from in the shops? Well, they’re fun, for one, and you can also tailor-make both the vehicle (potatoes, beetroot, jerusalem artichoke) and the flavourings (whatever spices you have around), to suit your mood. Oh, and the results are irresistibly moreish.

Fill a second large bowl with cold water and squeeze in the juice from the lemon halves. Cut the artichokes lengthways into 3mm-thick slices, again ideally using a mandoline, then wash them of any debris and drop into the bowl of acidulated water (the lemon juice stops the slices from turning brown, though, unlike the potatoes, they do not need to be left to soak in the water).

Have ready an oven tray lined with more kitchen towel, ready to drain the crisps on once they’ve been fried. Put the oil in a medium saucepan on a medium-high heat, until it hits 170C (if you don’t have a temperature probe or thermometer, test by dropping in one slice of artichoke: it should sink to the bottom before bubbling back up to the surface within 10 seconds). Fry the artichoke slices in three batches for five minutes a batch, until lightly golden and starting to curl, and don’t worry if any of the crisps still have white patches on them, because they’ll crisp up as they cool down. Transfer to the lined tray and, while they’re still hot, sprinkle generously with the salt; repeat with the remaining artichoke slices.

The same artichoke crisps from the previous recipe add a fantastic textural contrast to roast aubergine: crunchy (crisps) meets soft and melting (aubergines). The aubergines and salsa will both sit well for a few hours, ready to be assembled when needed. Omit the urfa if you use the chipotle salt from the first recipe.

Heat the oven to 240C (220C fan)/475F/gas 9. Put the aubergine slices on one (or two) large oven tray(s) lined with greaseproof paper, add three tablespoons of the oil, three-quarters of a teaspoon of salt and a good grind of pepper, and toss to coat. Arrange the aubergine slices in a single layer, then roast for 25-30 minutes, rotating the tray once halfway, until deeply golden. Remove and leave until the aubergine slices are cool enough to handle.

Meanwhile, mix all the salsa ingredients in a medium bowl with the remaining 75ml oil and a half-teaspoon of salt.

Arrange the roast aubergine slices on a large platter, so they are slightly overlapping, then drizzle over the salsa and top with half the artichoke crisps (or onions). Sprinkle over the urfa chilli flakes, if using, and serve warm or cold, with the remaining crisps on the side.

Heat the oven to 190C (170C fan)/375F/gas 5. Put the first seven ingredients in a medium saucepan with a teaspoon and a half of salt and half a teaspoon of cracked black pepper. Put on a medium heat, bring to a simmer and cook gently for 15 minutes, until the shallots and garlic have softened. Keep on a low heat while you get on with the potatoes.

Once the gratin’s time is up, lift off the foil and turn up the oven to 200C (180C fan)/390F/gas 6. Sprinkle the remaining 50g gruyere on top of the gratin, then scatter over the crisp and cheese mixture and return to the oven, uncovered, for another 15 minutes, until the cheese is bubbling and golden. Remove from the oven, leave to settle for 15 minutes, then sprinkle over the chives and serve warm. 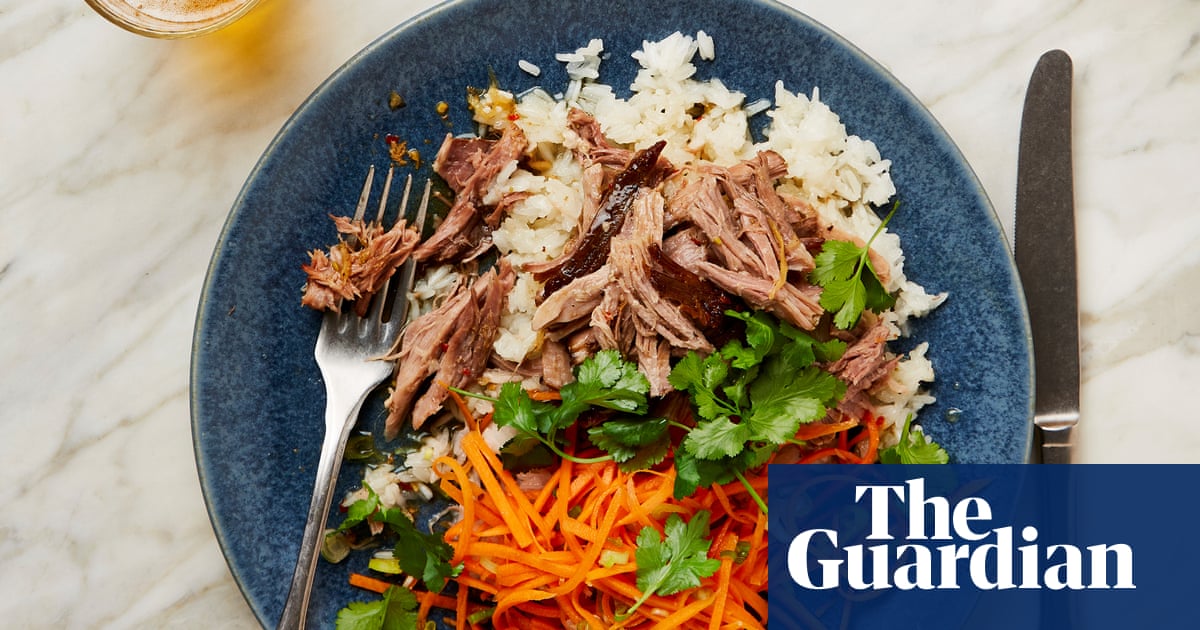 Slow cooking always feels so right at this time of the year. With windows firmly closed, there are few things I like more than getting something going on the stove or in the oven hours before it’s due to be eaten. It ... 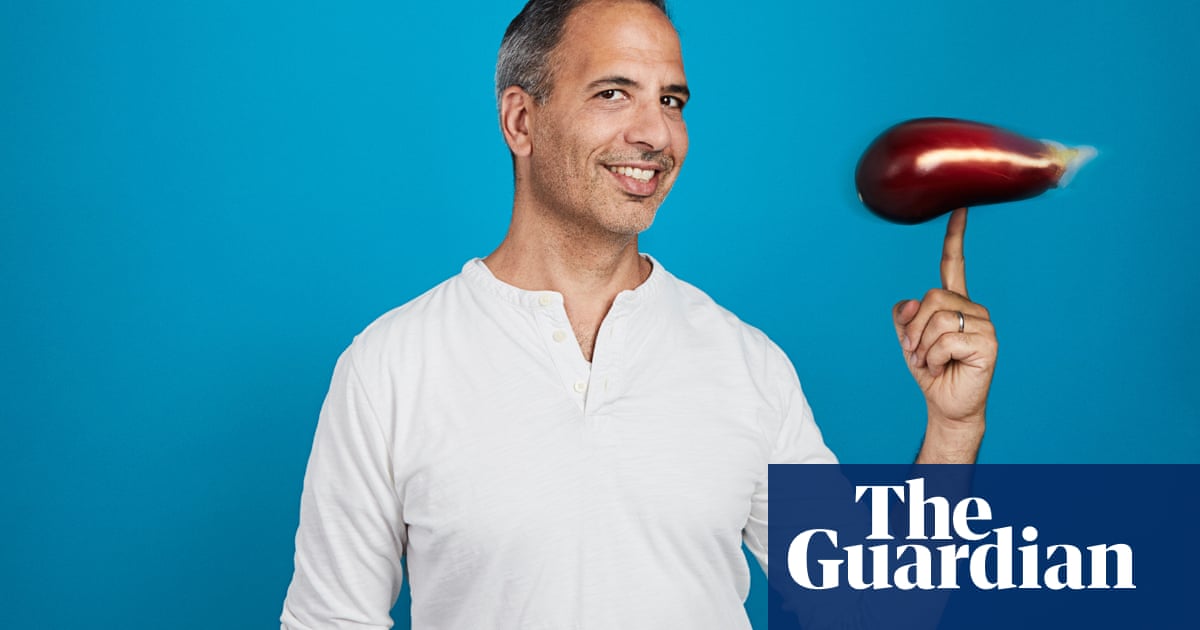 It has always been a great strength that there are so many international influences in the hospitality sector in this country: they enrich it, they make it interesting, they make it fun. But now, the perfect storm of ... 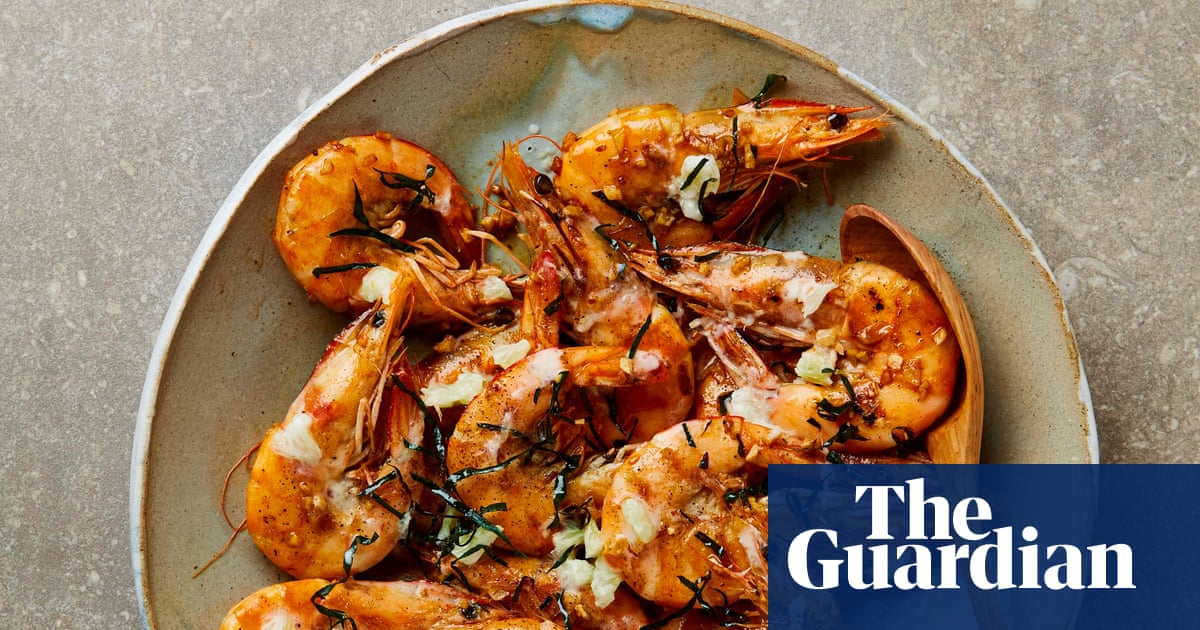 It was fascinating to see lentils growing on low plants, protected by bean-sized green pods. We were in a field in the middle of Sicily, and there were chickpeas growing, too, also in neat green jackets, and in the ne... 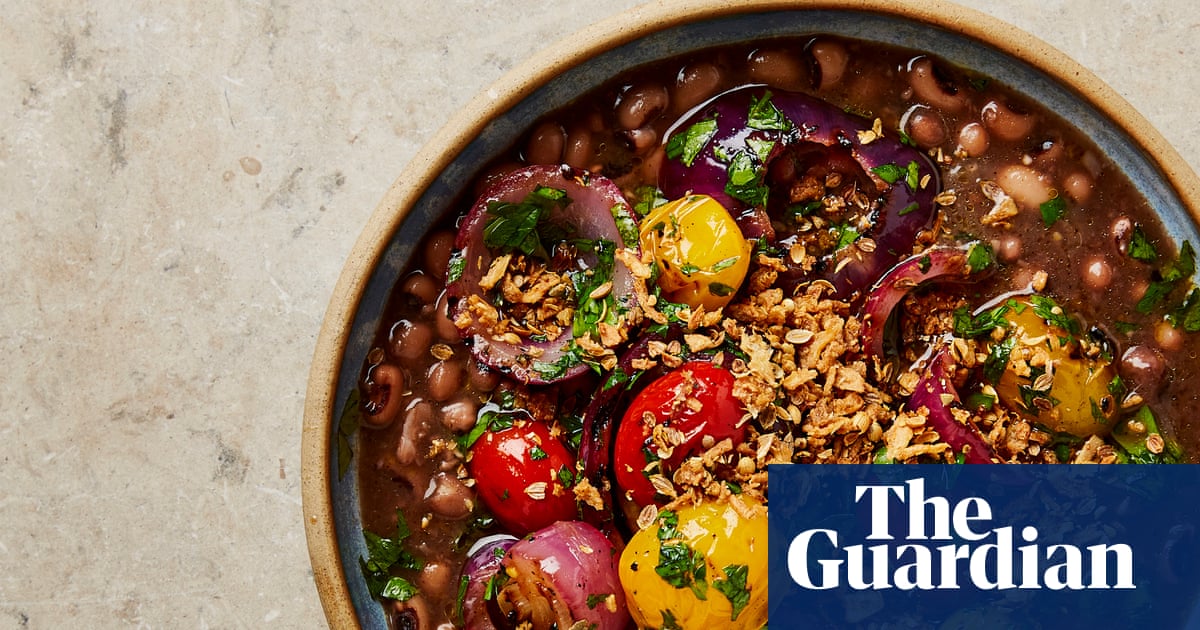 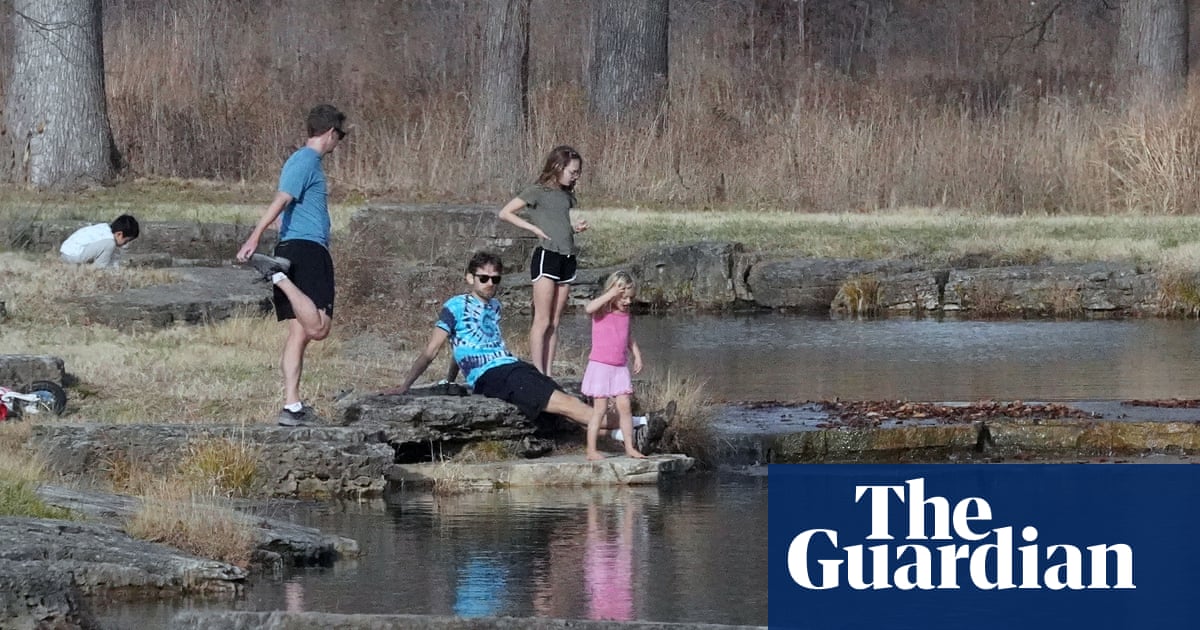 About 200 temperature records in the US may be broken over the next several days as warm air across Texas and the south-east is predicted to bring spring or even summer-like conditions, making Christmas Day likely to ...