From pazza to partenze: Conte defies Cassano criticism as Inter march on 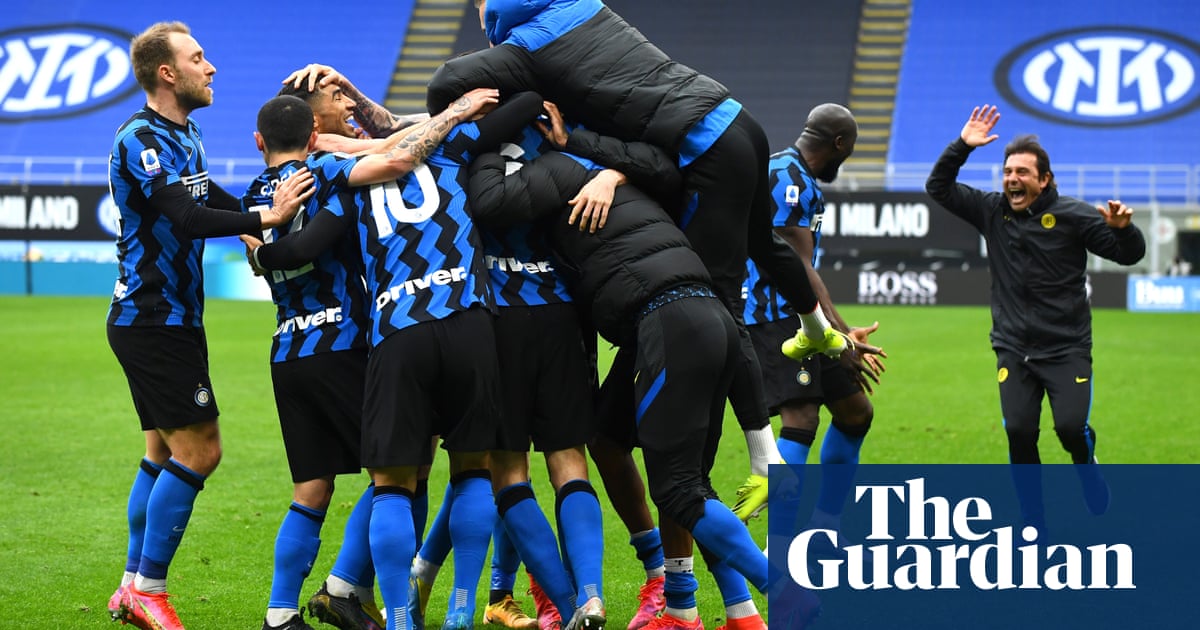 As Inter prepared to extend their winning run to an 11th consecutive match, one former employee was calling for the manager to be sacked. “They don’t play well!” protested Antonio Cassano during his weekly appearance on Christian Vieri’s Twitch channel, his anger escalating as he repeated the phrase three times.

“Antonio Conte plays a 5-3-2, everyone behind the ball, everyone lined up in front of their own goal. He parks the bus, and you can’t get by. If I had a manager like this, I would go to the president and say: ‘get rid of him.’”

That opinion came as no surprise to regular viewers. Cassano’s distaste for Conte’s football has been a consistent theme for the chaotic success story that is BoboTV ever since it launched in September. It was known about long before that. This is a man who explained his decision not to join Juventus at the start of last decade by saying he could never see himself as one of the manager’s “little soldiers”.

It is hard to imagine Conte losing any sleep over such remarks. These days, frankly, it is hard to imagine him losing anything at all. Inter have not dropped a point in Serie A since the season reached its midway stage. Their title is not yet mathematically assured but, after beating Cagliari 1-0 on Sunday, they hold an 11-point lead over second-placed Milan with eight games left to go.

If Inter have made any mistake, over the past three months, it might only have been to make this all look too easy. They are on course to achieve something momentous: ending Juventus’s run of nine consecutive Scudetti and becoming champions themselves for the first time since 2010, yet the absence of jeopardy has diminished the spectacle of this final push to the finish line.

When there is no competition to speak of, some observers will seek to pick holes in a winning team instead. Cassano was not the only one criticising after Inter beat Sassuolo while holding less than 30% of possession on Wednesday night. Only twice in eight matches had they finished above 50%.

They did go over that figure on Sunday, although only just, against opponents who sit 18th in Serie A. Inter were always in control, Cagliari’s lone shot on target coming on a long-range Radja Nainggolan attempt, yet did not break the deadlock until the 77th minute, when Matteo Darmian converted Achraf Hakimi’s cross at the back post.

Conte sprinted onto the pitch to celebrate, sharing in a whole-team embrace and planting a smooch on the Moroccan’s forehead. In an empty San Siro, it was his reaction, even more than those of his players, that served to remind us of what was at stake.

Even so, at full-time, the manager seemed dissatisfied: not with his team but the narrative around them. Asked on Sky Sport why he was not happier, Conte said his players were not getting the respect they deserved for their achievements. He reminded his audience that Inter had asked him to get back to winning ways within three years, and that they were on course to do it in two.

It is in Conte’s nature to dwell on perceived slights. The first part of this season was characterised by a running feud between him and Fabio Capello, whose definition of Inter as a counterattacking team drew a furious response.

Looking at those recent possession figures, one might conclude that the former England manager had been proved right, but we are entering here into a world of contested semantics. Conte will never agree that his team plays in contropiede – on the counter – but he speaks proudly of the effectiveness of their ripartenze, or, better yet, just their partenze – their ability to “relaunch” or simply “launch” swiftly into devastating attacks after winning possession.

Cassano is not alone in his distaste for such a reactive approach. His suggestion of protesting to the president, though, is more an admission of who he was as a footballer than a realistic complaint. Inter’s owners, and most supporters, are delighted with the man who has put them back on top.

Conte’s tendency to self-pity can grate, but his coaching has been brilliant, this title push built on constant adjustments through the campaign. Inter began this season fighting for possession much higher up the pitch but amended their approach after finding that they were letting in too many goals for even the prolific Romelu Lukaku and Lautaro Martínez to keep up.

The Nerrazzurri conceded 23 times in their first 17 games but only four times in the 13 games since. They have become a footballing anglerfish, an ambush predator that draws out its prey, dangling the prospect of reward and waiting for the right moment to devour them. Almost 70% of Inter’s goals have been scored in the second-half, a statistic which reflects both Conte’s ability to identify and exploit opponents’ weaknesses during a game, and the nature of a gameplan that invites opponents to wear themselves down chasing a goal that most never find.

He has done this while integrating players who had previously been discarded. The financial troubles that prevented the club’s owners, Suning, from investing in the January transfer window, might have a blessing in disguise, obliging Conte to focus on footballing reclamation projects Ivan Perisic and Christian Eriksen – deployed respectively in new roles as a wing-back and hybrid regista/box-to-box midfielder.

There is a flexibility in Inter’s lineups that was not present at the start of the campaign. Missing the influential Nicolò Barella on Sunday, Conte lined his team up against Cagliari with an unexpectedly attacking midfield trio of Eriksen, Marcelo Brozovic and Stefano Sensi, but offset that choice with the selection of two of his more defence-minded wing-backs: Darmian and Ashley Young.

Of course, it was one who came on as a substitute, Hakimi, whose acceleration and delivery from the right would unlock the Cagliari defence. But that too will be a source of satisfaction. Inter have been accused at times of over-reliance on Lukaku and Martínez – not such a bad pair to lean on, with 36 goals and 14 assists between them – yet others have been decisive, too, during this winning stretch.

What stands out with this Inter is the sense that, regardless of who scores it, the goal will eventually come. Conte began his tenure at Inter insisting that they would no longer be pazza – crazy – a trait which the club’s own anthem endorsed. Instead, he made repeated references to Juventus as the model for success, a team with a singular focus on winning and nothing else.

Week by week, through the second half of this season, his team has looked closer to that ideal. When Cassano watches Inter play, all he sees is a parked bus. In the context of Serie A, Inter have come to resemble an irresistible juggernaut.

If one image could sum up Serie A’s return from the international break then it was Luciano Spalletti, 62 years old, throwing himself face-first down on to the San Siro turf. The Napoli manager had nothing left, his e... 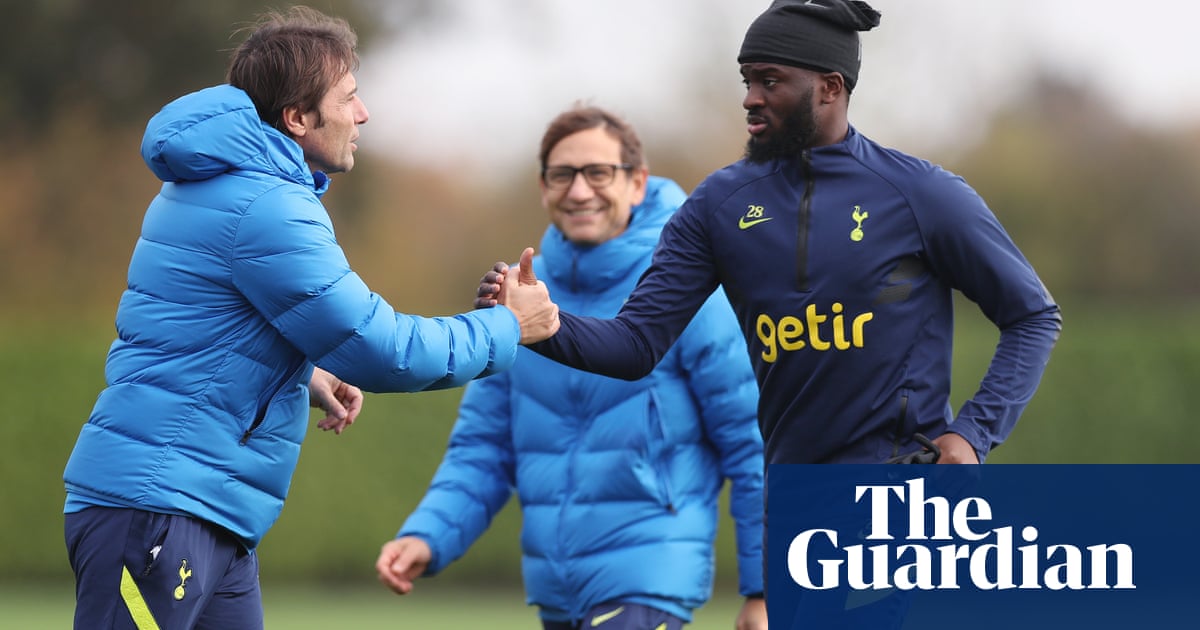 Antonio Conte has warned Tottenham’s record signing Tanguy Ndombele to adapt quickly to his demands and learn to play “for the best of the team”. The France midfielder has shown only flashes of his ability since joini... 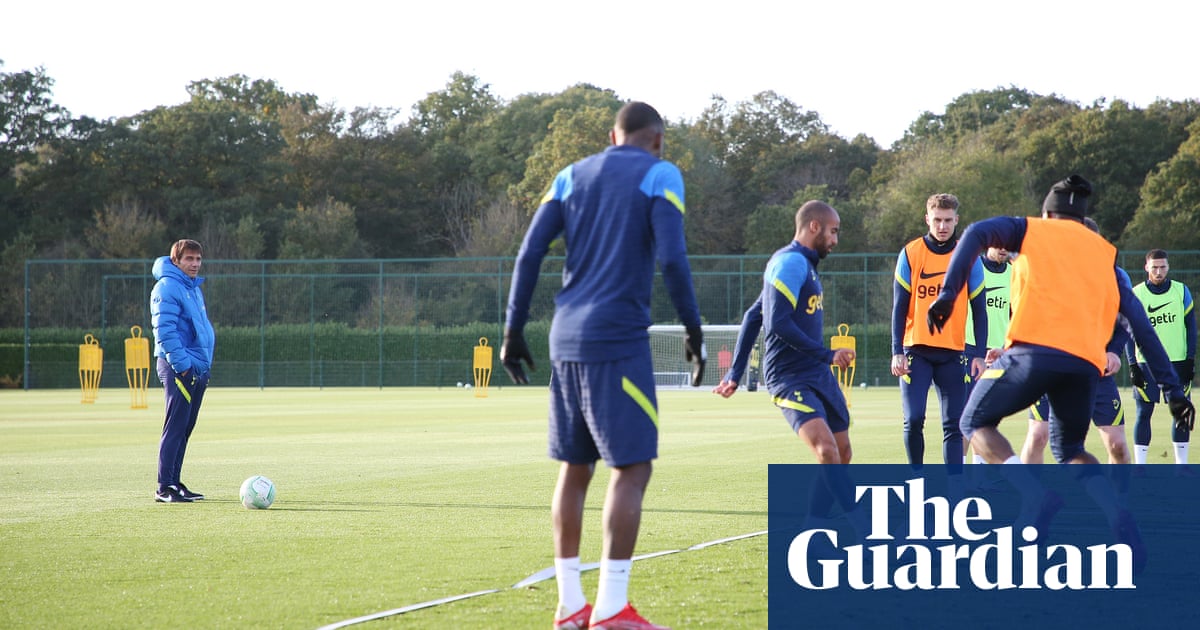 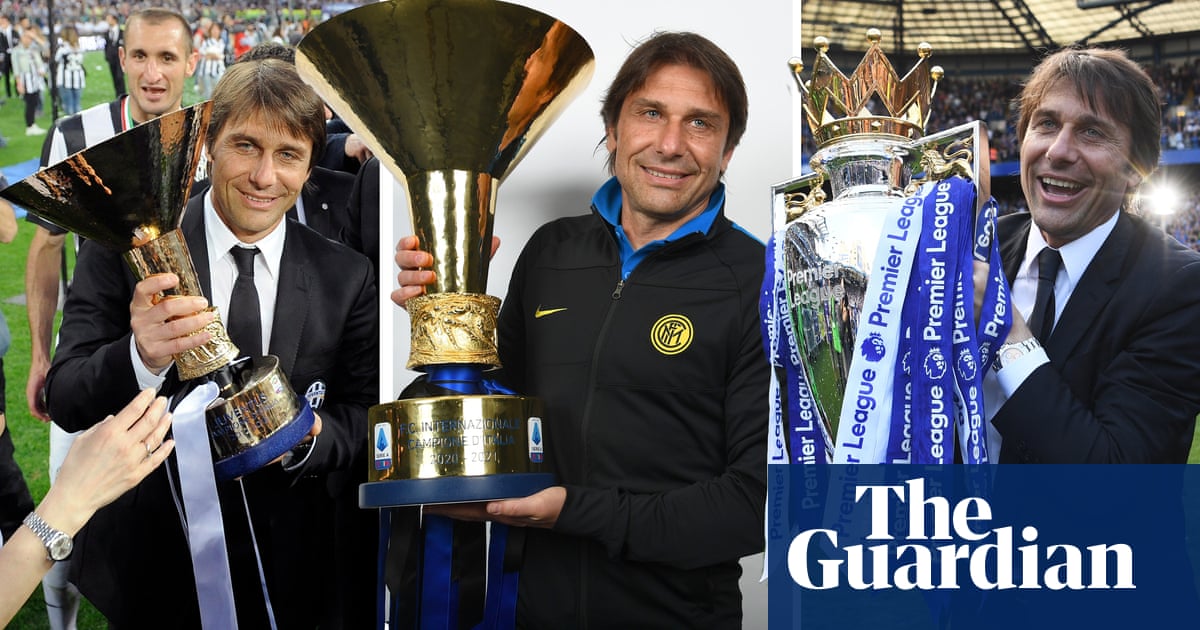 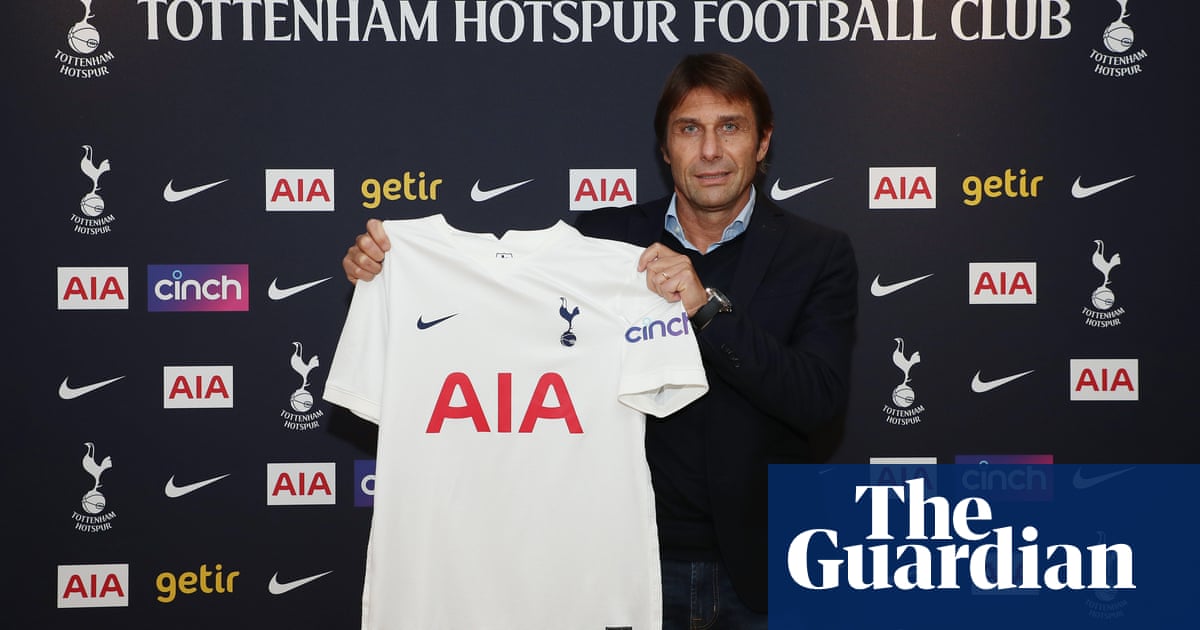 Antonio Conte has been confirmed as Tottenham’s new manager on a contract to June 2023, with an option to extend. The Italian, who won the Premier League with Chelsea in 2017, replaces Nuno Espírito Santo, who was sac...