From Line of Duty to Lost: 10 of the best TV twists 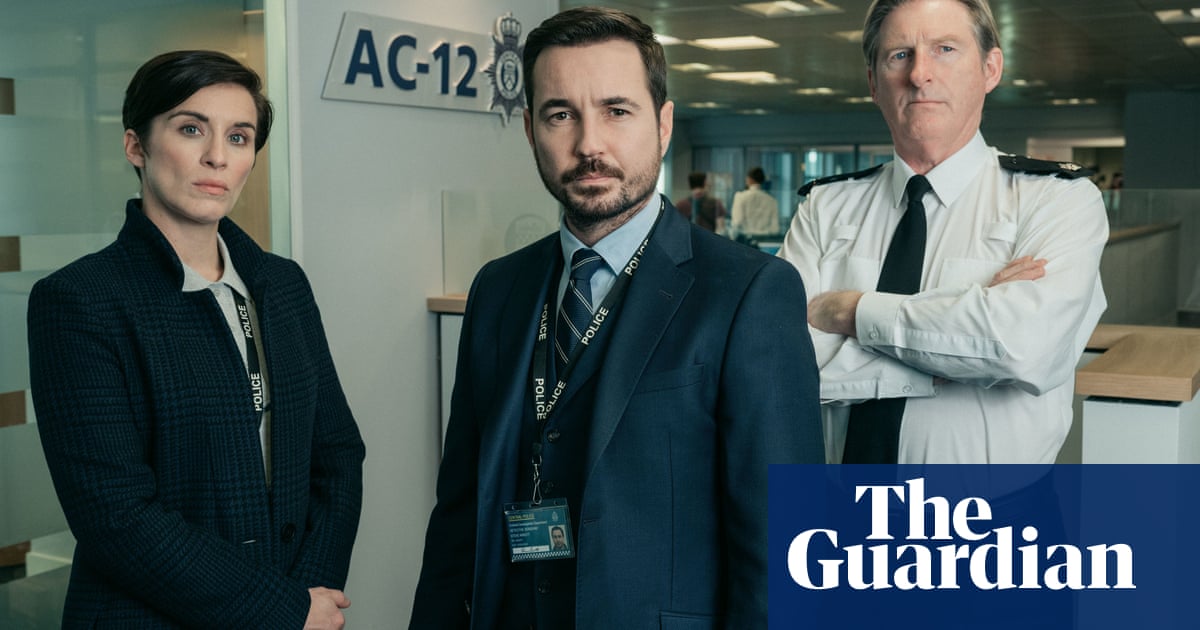 Jessica Raine’s arrival in the cast of Jed Mercurio’s anti-corruption police drama was at the heart of the publicity leading up to the show’s second series. The opening episode constructed DC Georgia Trotman’s character: dedicated, perhaps overly fond of a drink. And then, oops, a bent copper threw her out of a fifth-storey hospital window and she was gone. Trotman, we barely knew you …

Via jarring leaps of context and chronology, the Sheridan Smith-starring season two episode The 12 Days of Christine packs a lifetime of triumph and tragedy into half an hour. The final twist manages to be both audacious and moving; a sudden sharp intake of breath that retrospectively renders the previous 30 minutes unbearably poignant. A miniature masterpiece.

At the end of season three came a twist that reversed time itself and added another temporal context in which to view the Lost castaways. It was also the moment when, depending on your perspective, this desert island epic either got interesting or ridiculous. Still, an audacious rug-pull that hinted at the glorious unpredictability of what was to come.

Plot twists don’t have to be gruesome or shocking – they just usually are. But when Tim’s lost love Dawn reappeared at the Wernham Hogg Christmas party having dumped her irksome fiance, it sealed The Office’s legacy. This was that rarest of things: a twist that gave the audience exactly what it wanted.

It certainly wasn’t the show’s most gory death. Probably not even in the Top 10, in fact. But the execution of Ned Stark in season one did set a standard and act as a warning to viewers. Don’t get too attached to anyone, it suggested, because in Game of Thrones, no one is ever going to be truly safe.

Not just one plot twist but a cavalcade of them: this brutal two-hander on Christmas Day 1986 confirmed EastEnders as a soap willing to spring surprises. First, that Den knew Angie was lying about being terminally ill to save her marriage. Then, that he was filing for divorce. Happy Christmas!

Omar Little had been living on borrowed time: hobbling around Baltimore with a serious leg injury while deliberately antagonising a ruthless drug kingpin is not sustainable for long. But even so, his sudden demise in season five – shot while buying cigarettes, by feral juvenile Kenard – was a genuine shock. And the completely arbitrary nature of the killing was the whole point.

The final episode of series one was the moment Michael Schur’s supernatural comedy took flight. “Arizona dirtbag” Eleanor Shellstrop is convinced that she has mistakenly arrived in heaven. But, after a whole season of tormented wrangling with three other deceased misfits, she has a moment of realisation: they’ve been in hell all along. Holy forking shirtballs!

One of the most unsettling moments in TV history and one of the most debated. In the final episode of the original series, when Agent Dale Cooper entered the Black Lodge to rescue his beloved Annie, did he sacrifice his soul? Certainly, his transformation from squeaky clean to demonic came as a jolting shock – and was all the more jarring for its ambiguity.

It wasn’t that Christopher Moltisanti hadn’t become a smacked-out liability. It was just that Tony Soprano had known that for years and put up with it. But during the final series of this mafia masterpiece, a car crash gives Tony a chance to rid himself of a long-term problem. As Tony brutally took that chance, the extent of his paranoia became frighteningly clear.